CES is *the* place to see emergent tech. As our staff, creators, and collaborators return from the trade show, we asked them to share highlights and trends. 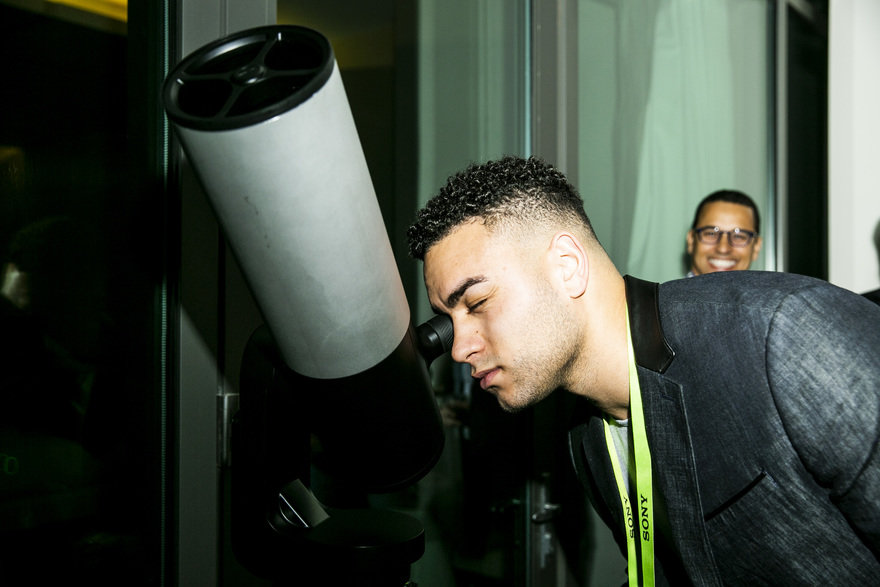 Testing out the eVscope at the Kickstarter and Hardware Club CES after-party.

Every year our Design & Tech team joins hundreds of past and future Kickstarter creators at the Consumer Electronics Show (CES). It's where companies big and small show off recent and upcoming products, making it an ideal place to divine the future of tech—if you can cut through the chaos of 4,000 companies exhibiting various degrees of "innovation" to 180,000 attendees. To take a stab at it, we asked creators and collaborators from our community to share what they thought was significant at this year's show and what we can expect to see more of in the year ahead.

"This year at CES, the Las Vegas Convention Center's North Hall was full of self-driving car companies, but you could feel the industry shift into conversations about mobility in general. There is still huge interest in self-driving car technology, but this year I saw many autonomous car companies offering simpler services, like delivering goods instead of transporting people. The companies seem to acknowledge that there's still a lot more homework to do. That's where Zümi can help: the programmable toy cars that we make (and have live on Kickstarter now) use TensorFlow and OpenCV to teach today's students how to drive the future of automated transportation." 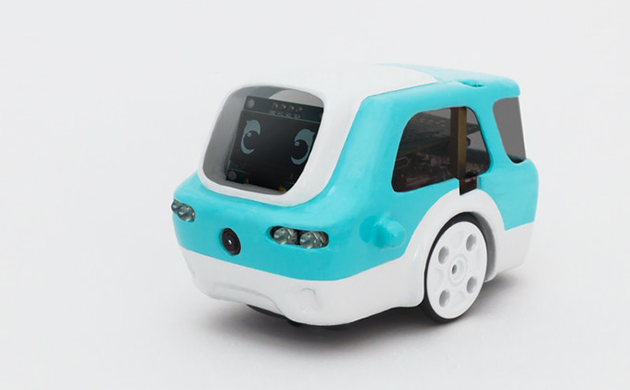 "We are starting to see new uses for drones in education. Everyone loves flying gadgets, and if that can also be a useful programming tool, then that's a fun way for kids to learn. We are interested in creating a palm-sized drone that can be programmed to flash an LED, spin a propeller, hover autonomously, and set waypoints. Kids can learn a lot from a fully open-source platform, and that's what we plan to build."
—Vernon Kerswell, founder of Extreme Fliers

The old will be new again

"One of the most interesting things about CES this year was the use of modern technology to give retro devices a new lease on life. Polaroid showcased their new range of instant cameras (though I found it strange that they connect, via an app, to a device technically capable of taking far better photos). There were also stands for instant cameras from Kodak and Fuji, and the Diana Instant Square camera even made an appearance at the Kickstarter after-party. It's happening with music, too: despite the huge number of connected speakers and hi-def sound systems, brands such as Victrola were showcasing new record players that, despite their classic appearance, come with Bluetooth connectivity.

CES 2019 was also the first time in years that I've played some of my favorite childhood computer games. The Retro-Bit Super Retro Trio Plus has three cartridge slots, allowing you to play NES, SNES, and Sega Genesis games on your new 4K TV. So, despite the seemingly obvious adoption of smart home assistants and 8K TVs, maybe some of the most exciting products to come out this year will combine new technology with nostalgic charm." 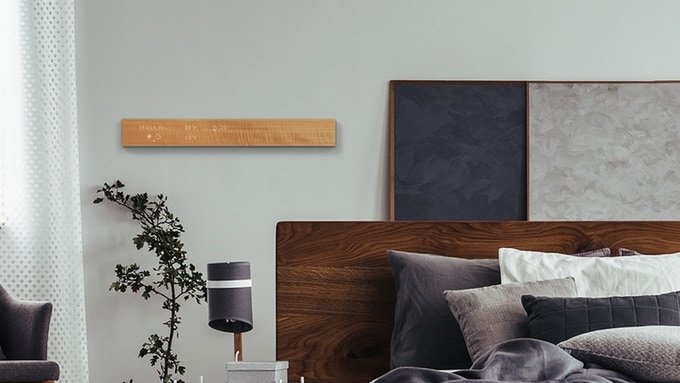 The mui smart home control panel is designed to disappear when you don't need it.

"I've noticed that several popular Kickstarter projects from the past year could be considered 'anti-technology' technology. From IRL Glasses, the screen-blocking sunglasses inspired by They Live, to mui, an elegant wooden block that helps you spend less time on screens in your home, our community loves projects that promise to quiet our digital lives. In the past year we've seen so many stories about how tech companies have willfully hacked our attention; in the year ahead I predict we'll see more products that help us break that addiction. I was happy to see mui get an Innovation Award at CES 2019, and I couldn't help but preorder one of Umay's screen-free, audio-free meditation devices that alleviates eye strain."

Interfaces will get more human

"As a CES first-timer, I was impressed by how many companies are getting creative with how they think about hardware and encouraging human interaction rather than device distractions. I love the way different brands were rethinking camera, album, and map apps as breakout devices that don't distract you from engaging with your community. I was inspired by all the innovations empowering more natural interfaces between the physical and digital worlds, from Kodak's new AR-enhanced film to Opkix wearable wireless cameras to various adaptations by onTracks and Velco to make GPS directions more intuitive through wearable devices and adapted bike handlebars."

"Consumer hardware is the black diamond of startup challenges, so I'm always stoked to meet founders who can pull it off—they're an inspiration. I think there's a clear trend towards even more integration with software and delivering a holistic product experience. Some of the favorite things I tried this year were the new headset from Razer powered by haptics from Lofelt, as well as the Woojer haptic vest."

Barking orders at your smart home will look rude

"On the truly intelligent home front, big companies like LG and Samsung are integrating sensors and voice assistants to understand what you're actually doing at home and solving your problems before you even see them. Startups like Minut, with the Point sound-based alarm, and us over at Wynd, with Halo, are using sensors—not smart assistants—to control your home before you even have to worry about a problem. It looks like we'll see more truly automated homes in the future, rather than ones you have to boss around."

Technology will become more invisible than ever

"You know that Arthur C. Clarke quote that goes, 'Any sufficiently advanced technology is indistinguishable from magic'? Well, if CES is any indication, I think 2019 is the year that a lot of our existing technologies will become so sufficiently advanced that they're effectively invisible. It was happening left and right at CES this year. Impossible Foods unveiled a new veggie burger that looks, smells, and tastes almost exactly like real hamburger meat. The North Face showed off a new fabric that's unremarkable to the naked eye, but, thanks to some nanoscale textile engineering, is more breathable and waterproof than Gore-Tex. I also saw AR glasses that look like regular glasses, speakers and TVs that don't need AV receivers, and countless smart home devices that have ditched touch screen interfaces in favor of Alexa integration."