The awards—presented Jan. 15 at the 2019 North American International Auto Show (NAIAS) in Detroit—involved an all-star panel of global automotive designers from industry, academia and independent design studios, who walked the show to assess this year's crop of stunning concept and production vehicles and choose their favorites for design excellence in five categories. 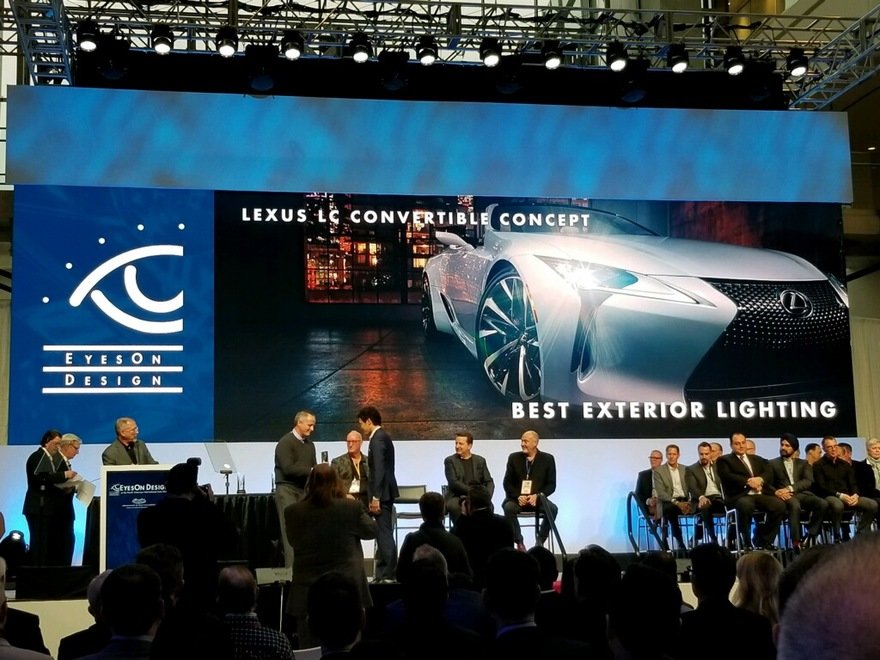 This year's winners are:

Innovative Use of Color, Graphics or Materials (presented by Axalta Coating Systems)
Infiniti QX Inspiration. The judges said: "Embodies a modern take on materials while retaining a clean Japanese sensibility." 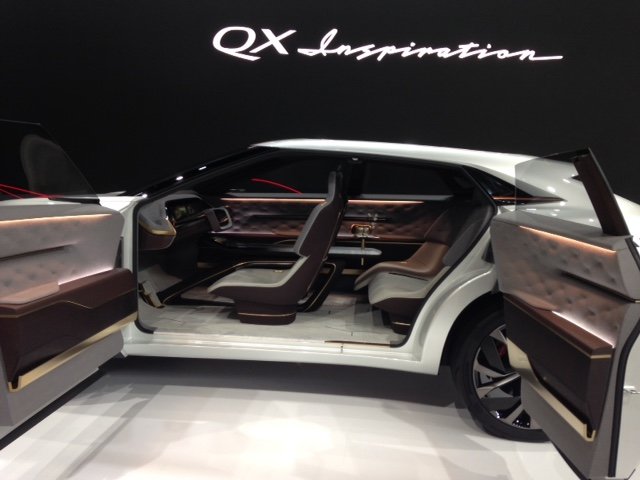 Best Concept Vehicle (presented by Dassault Systemes)
The Infiniti QX Inspiration, again, marking the second year in a row that Infiniti has taken home this marquee honor. The judges said: "A new and fresh look that shows extraordinary sophistication and simplicity." 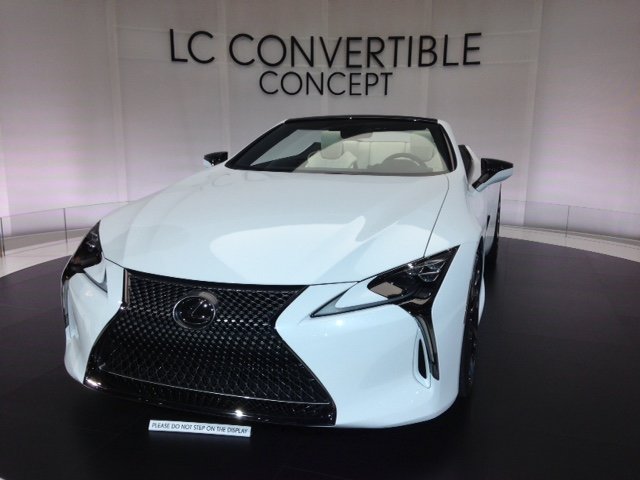 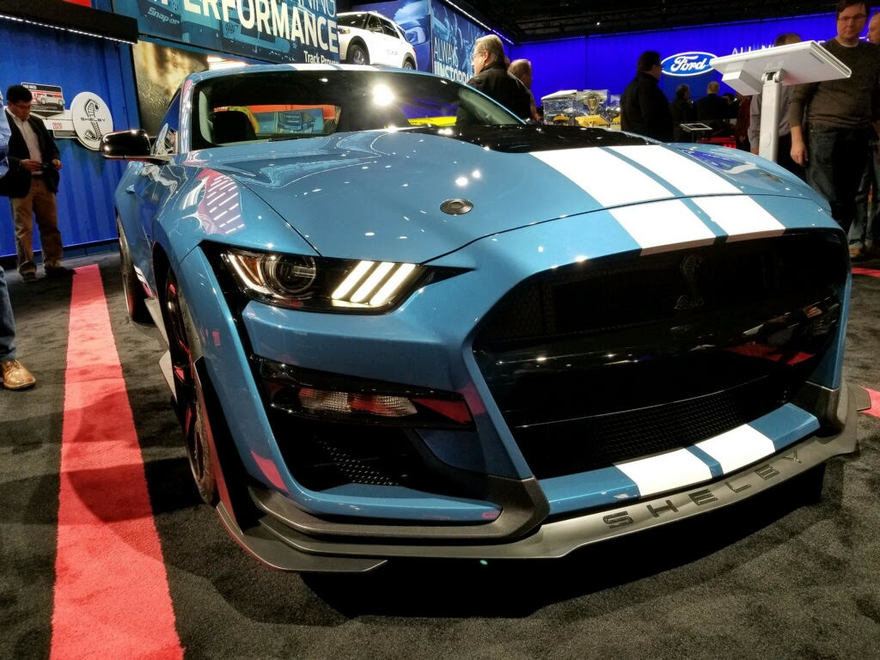 Best Production Vehicle (presented by Covestro Group)
2020 Ford Mustang Shelby GT500. The judges said: "The next best tribute to the Mustang ... what the car really represents." 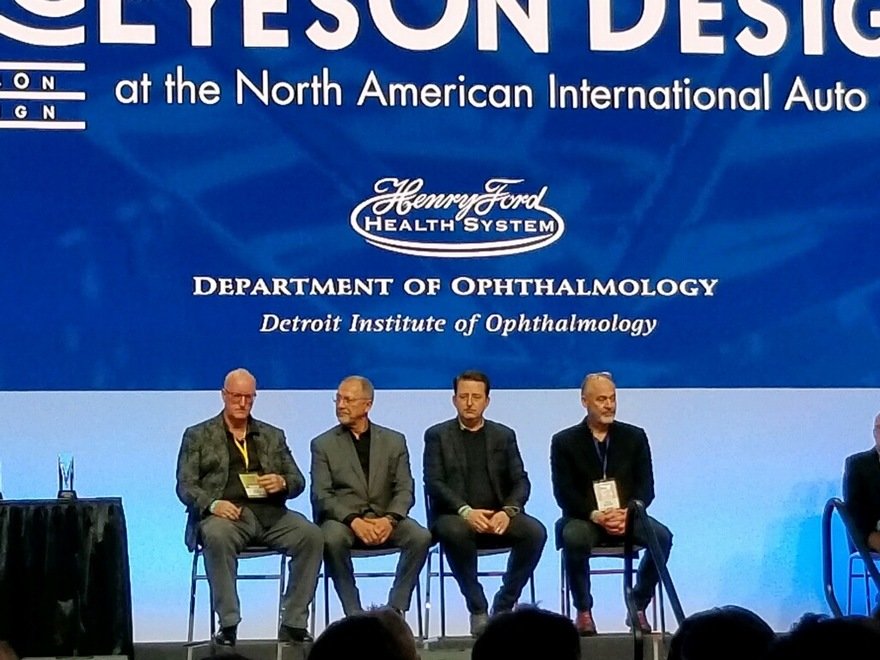 A crop of all-star judges

The 2019 EyesOn Design chief judges were Dave Marek, Acura global creative director for Honda R&D Americas Inc.; Joel Piatkowski, global director of design for cars and crossovers at Ford; Stewart Reed, chair of the Transportation Design Department at Pasadena's ArtCenter College of Design; and Paul Snyder, the Paul & Helen Farago Chair of Transportation Design at Detroit's College of Creative Studies. They were assisted by a team of 20 other experienced judges (see the full list here).

The organizers paused the award presentations at Cobo Center to present a tribute to Chris Svensson, a recently retired Ford designer who succumbed to cancer last July at age 53. A British native, Svensson oversaw the development of many vehicles, including the GT supercar. He worked most recently as Ford's global design director for SUVs, trucks and commercial vehicles, after serving for nearly five years as the company's design director for the Americas.

How do you say "Lifetime Achievement" in Italian?

The EyesOn Design Awards raise money for the Detroit Institute of Ophthalmology, the research arm of the Henry Ford Health System's Department of Ophthalmology. The DIO says it knows that it is only with good vision that a person can fully appreciate the beauty of good design. The DIO, the institute states on its website, "takes part in the event in part to celebrate this focus on design, and also to raise money to support its goal of assisting and educating the visually impaired—helping them to maintain independence and dignity, while learning how to live a satisfying and productive life in a sighted world."

Celebrating the role of design

One of the event's first-time sponsors—Germany-based advanced-materials supplier Covestro—was also a first-time exhibitor in the auto show's Automobili-D exhibit area, and the only plastics producer exhibiting at the event. Its support "underscores the key role that design plays in turning the future of mobility into a functional, beautiful reality," said Paul Platte, senior marketing manager for automotive. 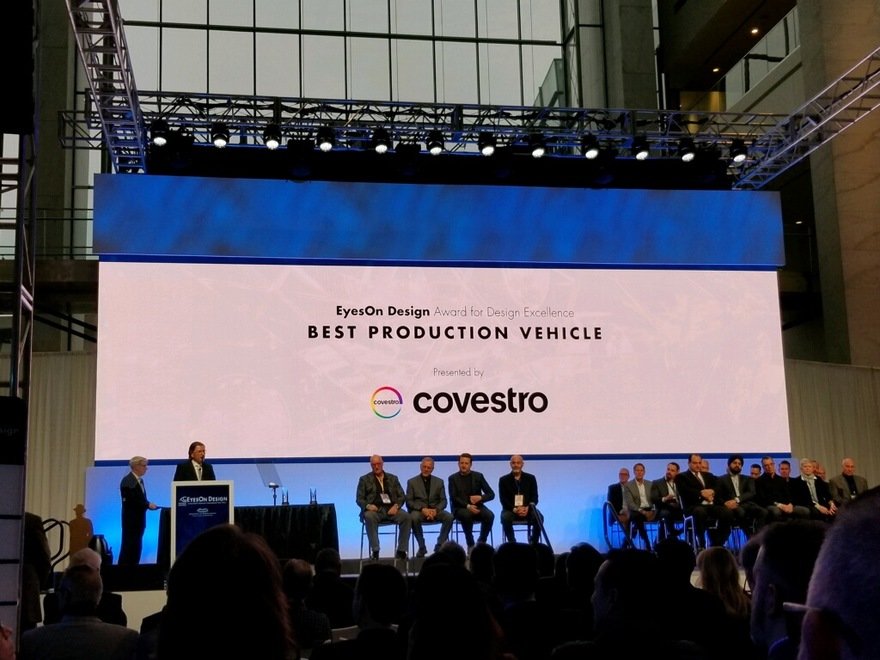 Meantime, sponsor Axalta, made some news of its own, as well. The former DuPont Performance Coatings introduced its fifth Automotive Color of the Year. The 2019 hue it chose is called Sahara, a golden bronze tone, that Axalta says, "radiates warmth, richness and strength for vehicles of all sizes—especially the expanding global truck and SUV markets—and can serve as the principal color for two-tone possibilities including black roofs."

Yellow/gold vehicles are most popular in India and China, the company noted, while brown/beige vehicles increased in North America more than any other region. And for the first time in its five-year history, Axalta says its Automotive Color of the Year is showcasing a color primed for vehicle customization both at manufacturing facilities and in the aftermarket.