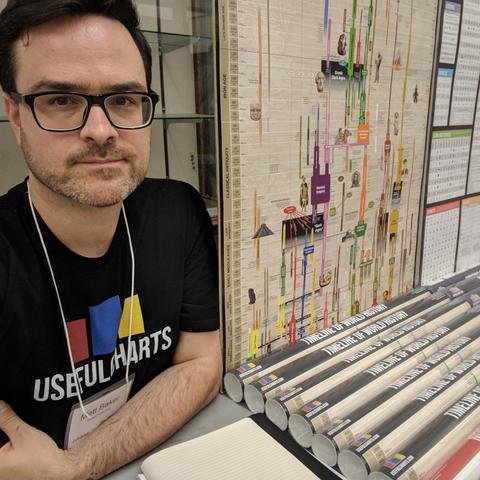 Learning new things requires both a broad overview of the subject-to-be-studied, and intensive drilling-down in specific areas. Educator and designer Matt Baker found a deficiency in the first area, where more visual aids would be helpful.

"I'm what you'd call a visual learner," Baker writes. "I have found that in early grades, visual materials tend to be incorporated often. However, once a person reaches the higher grades, learning becomes almost exclusively based on reading texts and listening to lectures. There is often very little visually-based material available on more advanced subjects, particularly in the humanities."

With this in mind, Baker began filling that void, designing helpful charts on topics that interest him. Interest in Baker's charts grew; they've been published by the BBC and NASA, among others, and Baker now sells them on UsefulCharts.com. As an example, here's a cool chart he did on the Evolution of the Alphabet: 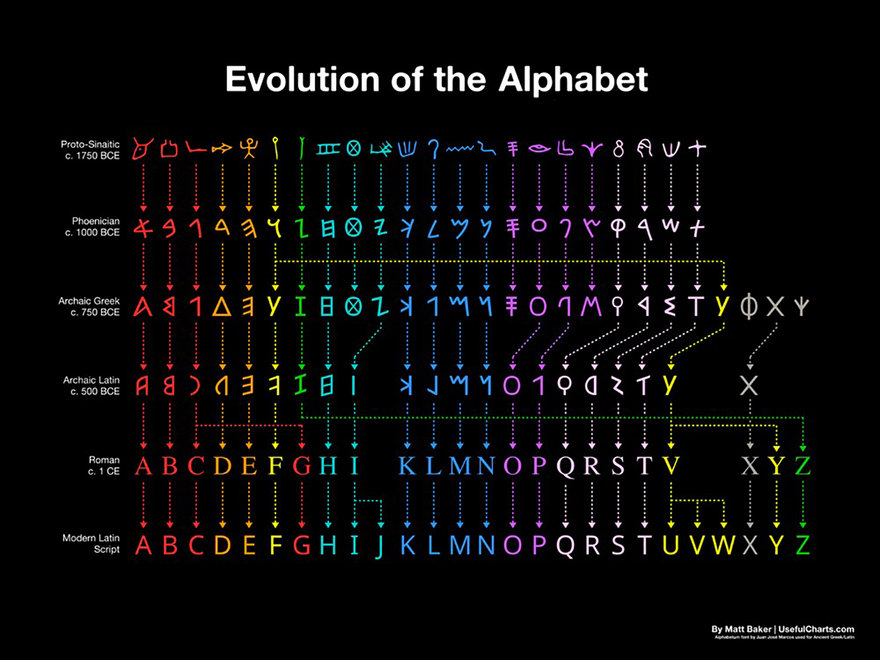 And another on the Writing Systems of the World: 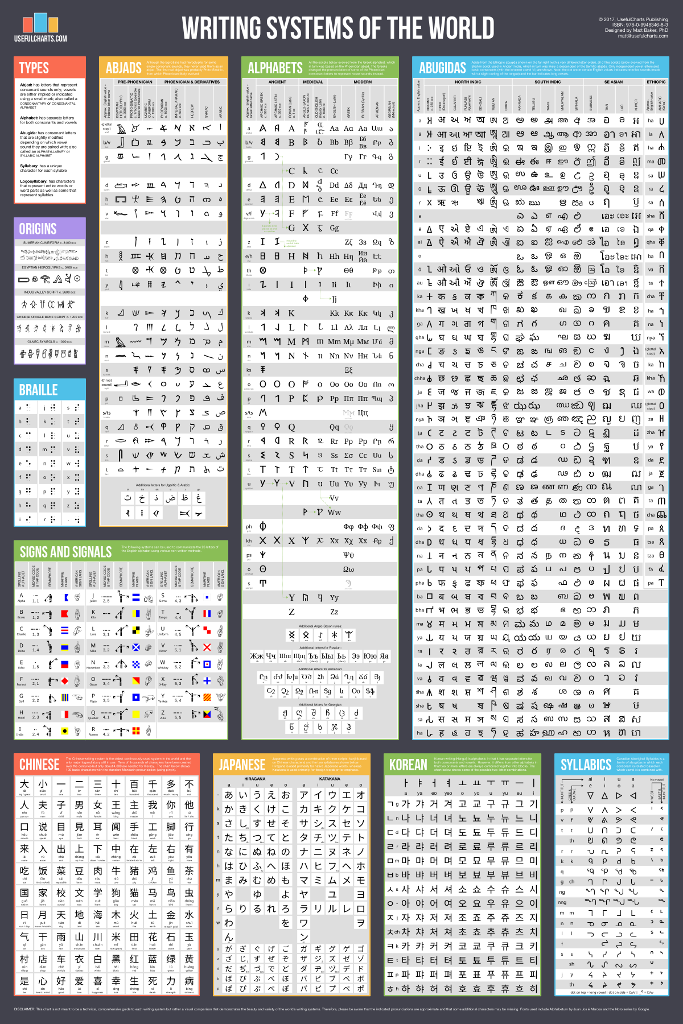 I think both of these would make perfect gifts for graphic designers. (For industrial designers, that Raymond Loewy chart is tough to beat.)

"Obviously, one cannot learn everything they need to know about a subject simply by looking at a chart," Baker acknowledges. "However, I find that charts often work well as both a starting point and an overall framework that can be continually returned to as one incorporates new material."

Check out more of his stuff here.