Thanks to Tim Hines, Joshua Cooper and Ross Oliver

Earlier we looked at the design flaw of boot jacks, which is that you must step on a muddied object with a bare sock. 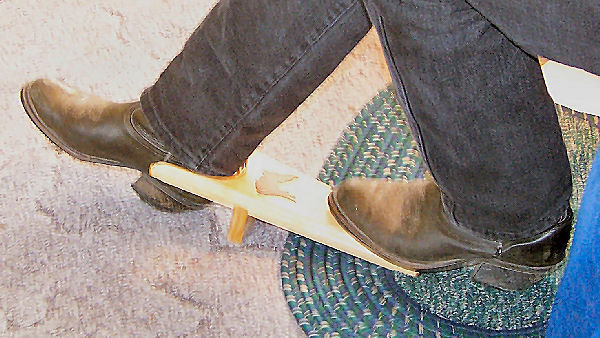 Many of the comments made incorrect assumptions and were unhelpful; the most ridiculous suggestion was that doormats--which we of course own and use--will remove 100% of mud from the bottom of a boot. (Surprise: They don't.)

Another unhelpful suggestion: Rinse the boots off each and every time. My wife and I live on a farm where it freezes overnight, yet gets warmer during the day. This recipe provides both mud and frozen hoses/pipes. Keeping an outdoor source of running water on hand is not an option.

Reader Tim Hines responded like a true designer, taking the problem at face value and proposing an actual solution: 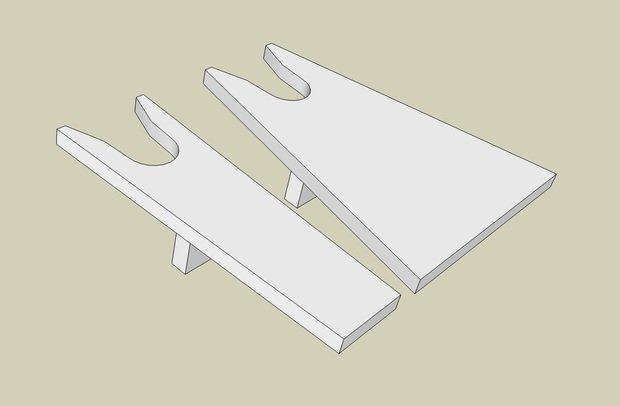 Hines' intelligent approach widens the part of the jack that you brace with the other foot. Assuming you always take the boots off in a consistent order (i.e. left first or right first), this would provide one muddy corner and one clean corner, obviating the dirty sock problem. Smart.

Reader Joshua Cooper also had a neat idea: "I would suggest putting the fulcrum/leg on the top as well as the bottom. That way you could remove one boot, flip the jack over and remove the other boot." 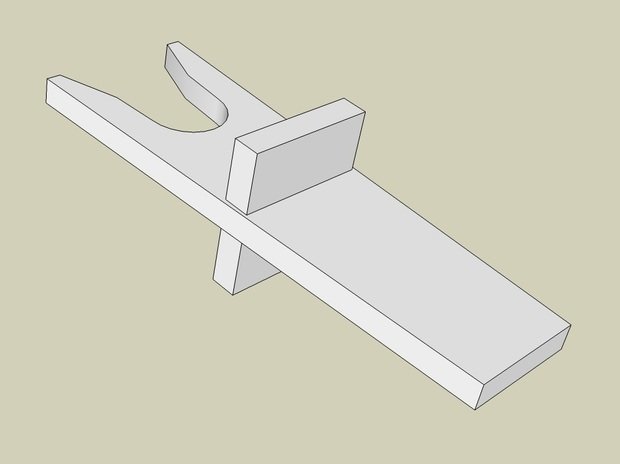 "Neat and compact," Hines added, "although you do have to bend down to turn it."

Reader Ross Oliver used his own experience to offer another idea (unillustrated):

"The heel-to-toe stance makes balance much more difficult. I sometimes remove my shoes by standing the toe of one on the heel of the other, and I almost always need to lean on something for balance. I would mount the jack to a base 3x as wide, and stand feet side-by-side to use. Solves the sock soiling problem too."

During the traditional design process, these three ideas would receive additional refinement, going through multiple iterations; they are not perfect as is. But they both demonstrate solid design thinking and are a great start. They were also fun to read, as they remind me of the brainstorming process at actual ID firms. Thanks to Hines, Cooper and Oliver for taking the time to sound off!