Thanks to Jason Pokines, Daren Lewis and a neighboring farmer

Working designer readership FTW: I'm impressed with how many reader solutions have popped up for boot jacks. Two more readers sent in ideas. I also learned that a neighboring farmer reads Core77, and she showed me the rather brilliant DIY solution that she installed last fall. 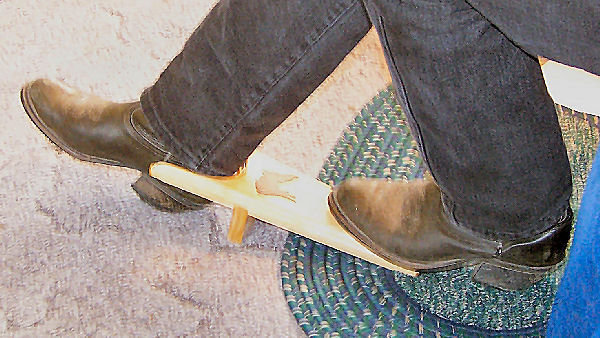 To recap, my original gripe in Part 1 was that conventional boot jacks get your socks dirty. (Living on a farm, I've learned, is a never-ending battle against dirt and mud, particularly minimizing how much of it winds up in the living space.) In Part 2, three readers sounded off with suggestions for design fixes. Here are some more: 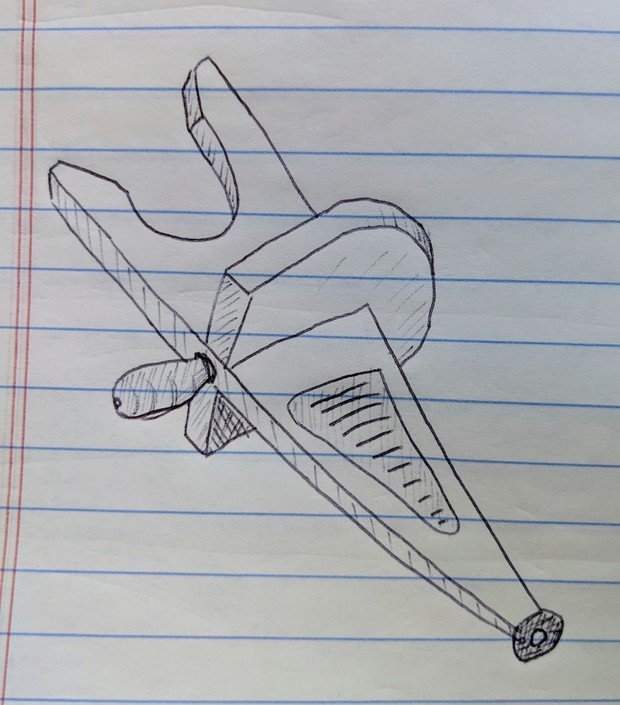 "The handle is weighted, so it stays on one side until you flip it over with your foot. No bending down. Also, there's a rubber wheel on the one point, to help with traction." 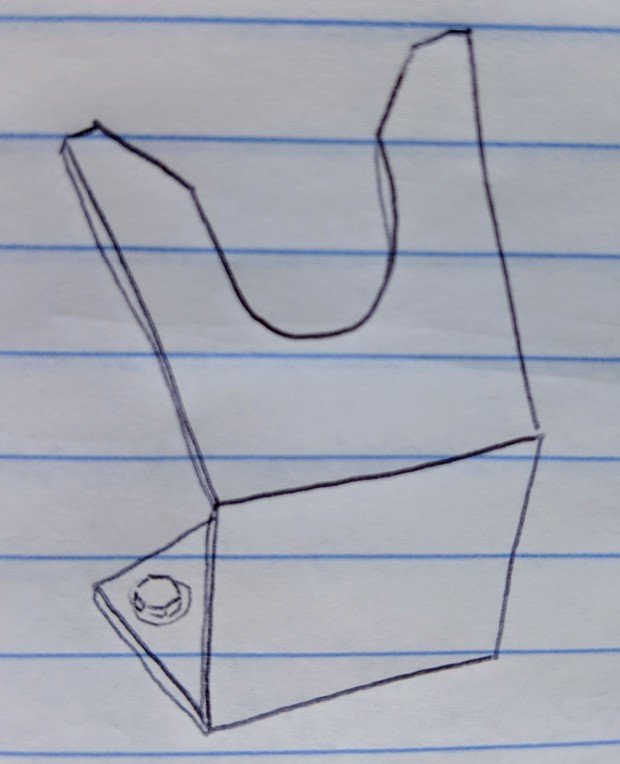 "Or go all out, make it out of steel, and bolt the sucker to the floor."

Daren Lewis came up with this idea: 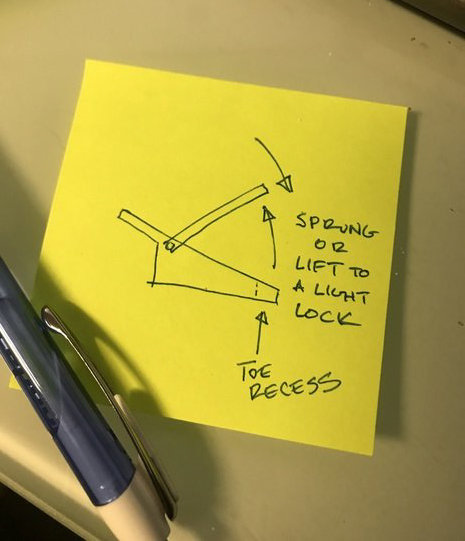 "We need two surfaces, a boot and a sock surface. They could be managed with a hinged element that is either sprung up or lifted to a holding detent. I'd make the boot portion the fixed bottom and the sock surface the top. You'd want different surfaces to indicate the intended use of each."

As for the DIY solution, I video'd it: