The Bauhaus Centennial celebration and exhibition will last for five months

Happy Birthday Bauhaus! It's hard to believe, but 2019 marks the 100th anniversary of the Bauhaus' founding. To celebrate the Centennial, Harvard's Busch-Reisinger Museum is throwing open their extensive Bauhaus-related archives to present 200 pieces--original works, furniture, textiles, architecture and even classroom assignments--by over 70 artists and designers.

The show sounds like a must-see exhibition. To avoid overwhelming the attendees, it's being presented in three sections:

The first and largest [section] is devoted to material produced at the Bauhaus in Germany. Highlights include Lyonel Feininger's Preliminary design for the Program of the State Bauhaus in Weimar (the so-called Bauhaus manifesto), student exercises, major weavings by Anni Albers and Gunta Stölzl, Lucia Moholy's photographs of Gropius's Dessau buildings, and László Moholy-Nagy's Light Prop for an Electric Stage. 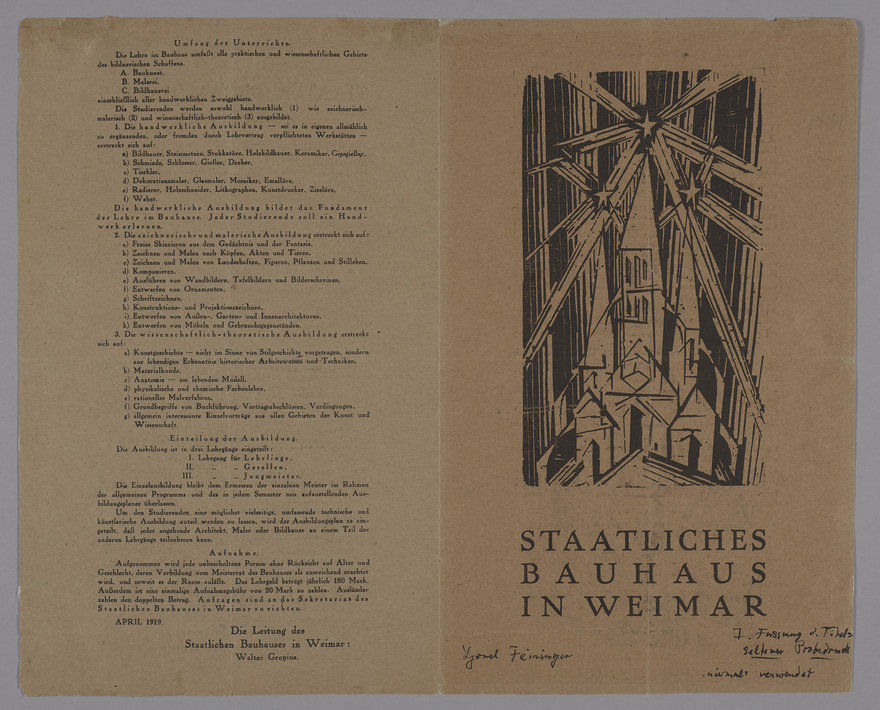 The second section examines the influence of Bauhaus pedagogy in the United States and features classroom exercises from three schools influenced by the Bauhaus curriculum: Black Mountain College in North Carolina, Brooklyn College in New York, and Newcomb College in New Orleans. 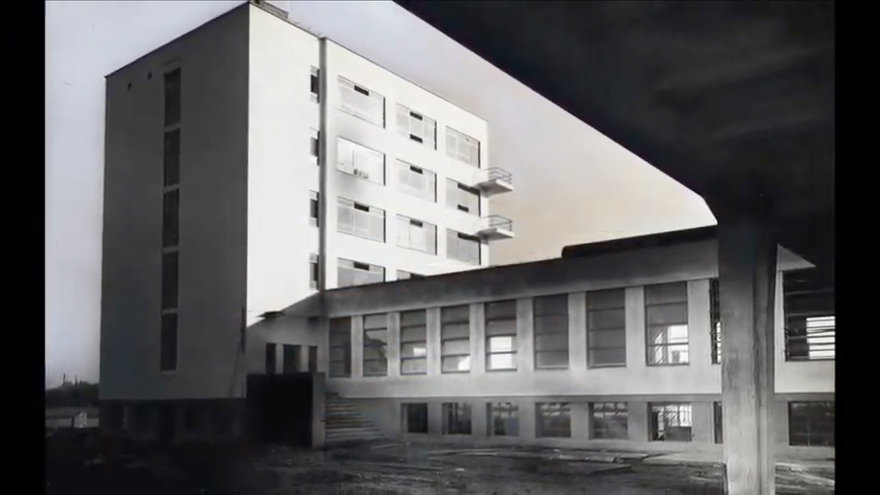 The third section highlights the Harvard Graduate Center (now the Caspersen Student Center and its neighboring dormitories). Designed by Gropius's Cambridge-based firm The Architects Collaborative and completed in 1950, the complex was the first example of modern architecture on Harvard's campus and a realization of many Bauhaus ideas through its integration of art, architecture, and design. Original works and other furnishings were commissioned from leading modern artists, including some of Gropius's former Bauhaus colleagues. Herbert Bayer's stunning and recently conserved 20-foot mural Verdure (originally installed in the Mallory Smith Dining Room) anchors a space that also includes studies for the commissioned art and textiles designed by Anni Albers.

All three sections sound amazing, but I most want to see the second.

The Bauhaus and Harvard kicks off with an opening party tomorrow night, February 7th. The show will then run from February 8th through July 28th, 2019. You can find more information here.