The Pope's Bodyguards Get 3D-Printed Helmets

PVC for the PSG

The Pontifical Swiss Guard is basically the Pope's Secret Service. Responsible for the safety of the Pope, these are recruits from the Swiss Armed Forces who must meet the following criteria: 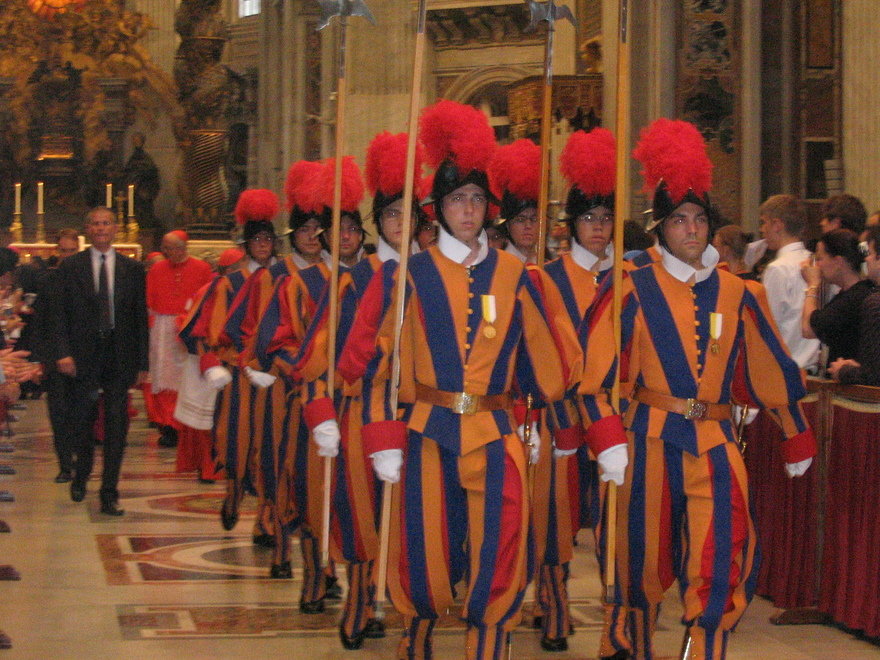 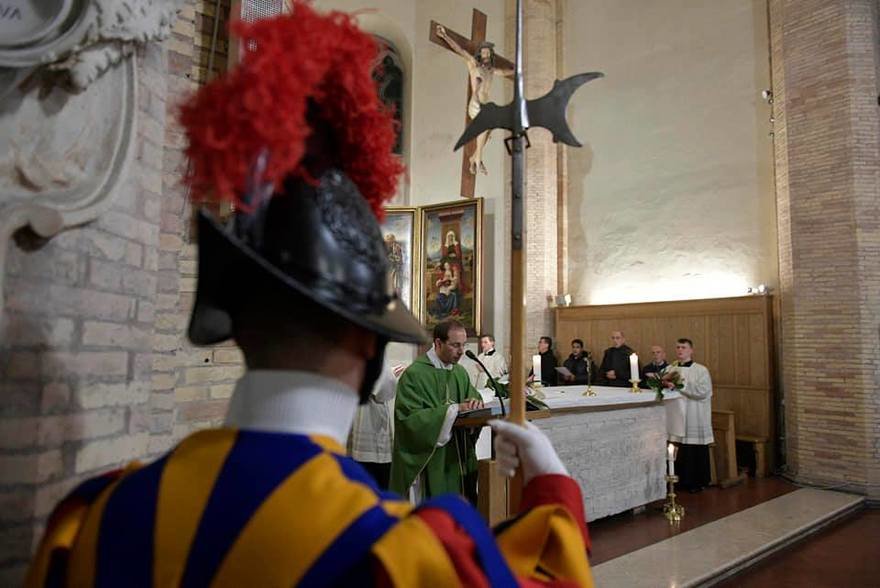 That last part might be kind of tricky but hey, that's the job. In addition to the colorful clothes, the 110 members of the PSG also wear ceremonial helmets from Renaissance times. These weigh 4.4 pounds and are hand-forged out of metal. The problem is that during warm weather, the helmets can get so hot that they'll actually leave blisters on the Guards' ears, so a modern upgrade was needed.

That's why the PSG are now wearing these spiffy things, delivered last month: 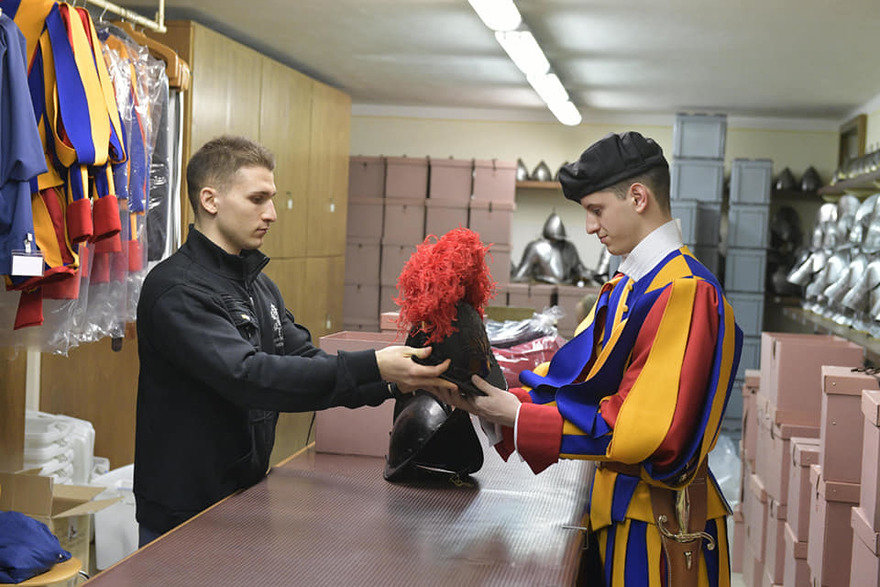 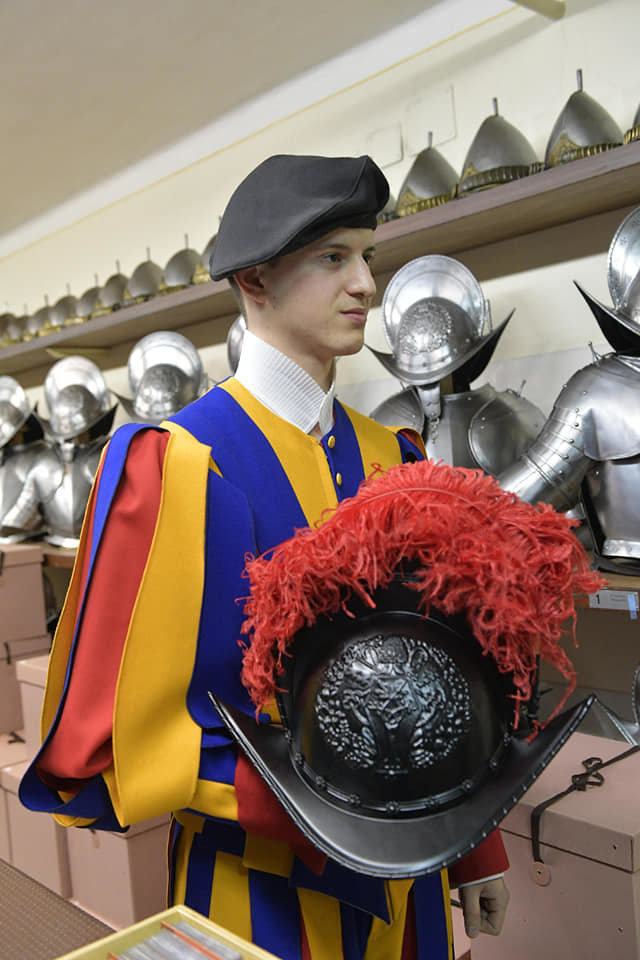 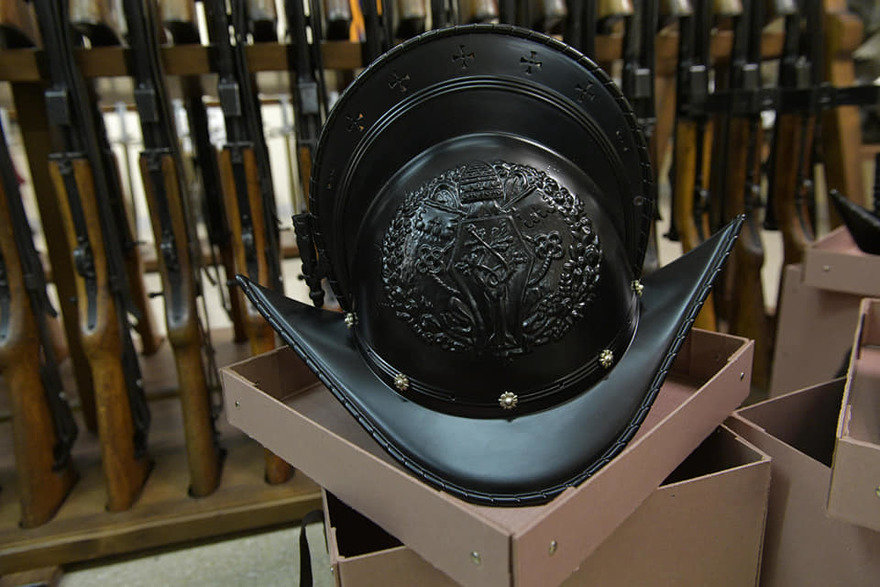 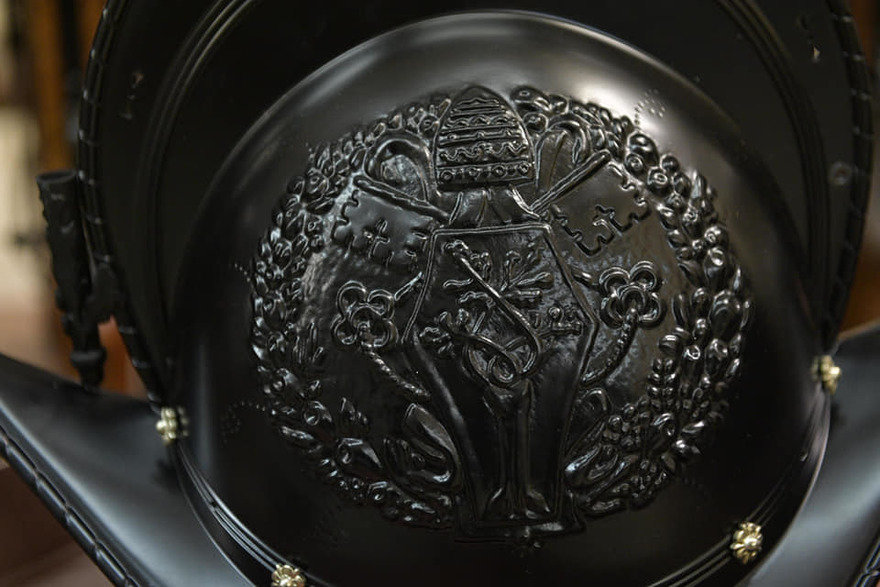 Same great 16th-century design, but these babies are 3D printed PVC, produced by digital fabricator Marcus Risi. According to SwissInfo,

To make one of the new helmets, the 16th-century original is scanned, and the digital data is reworked on a computer before being printed. It takes approximately one day to produce a new hat. 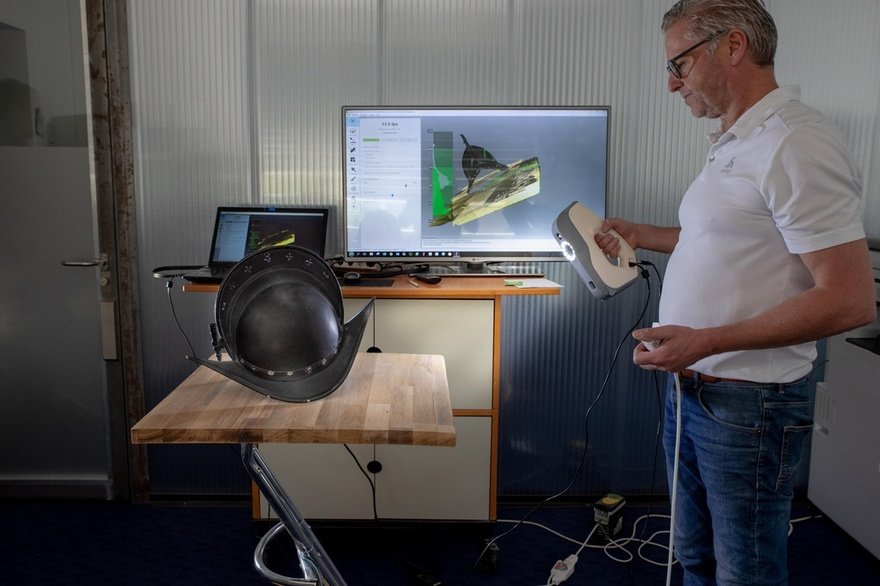 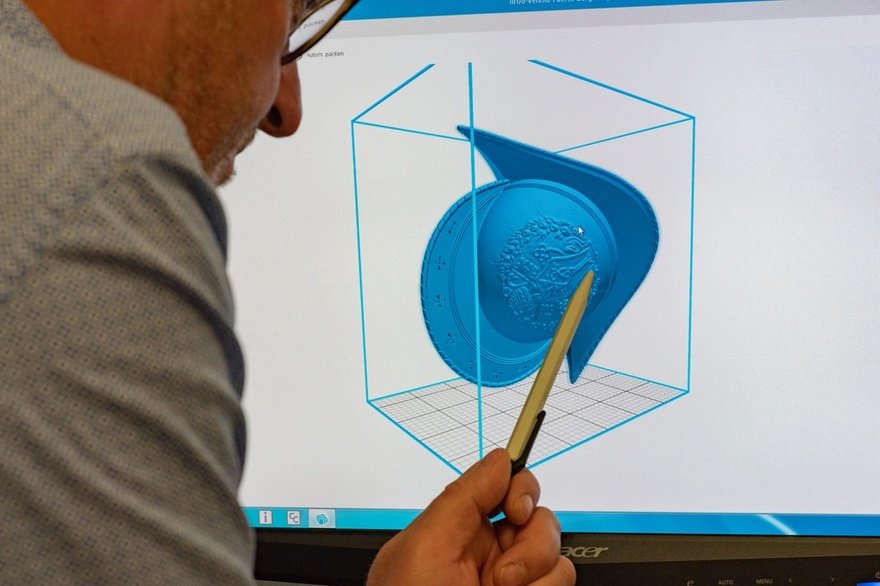 Checking the file. (Image by SwissInfo.ch) 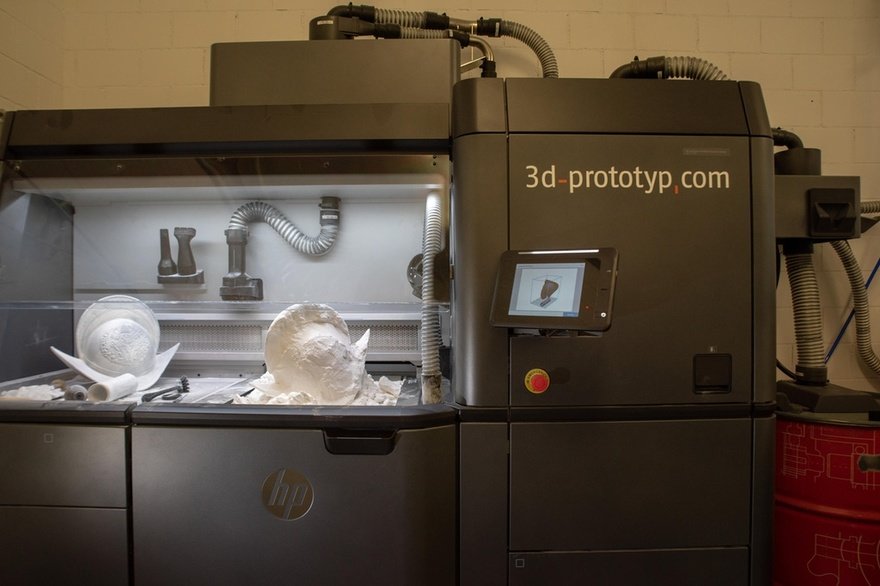 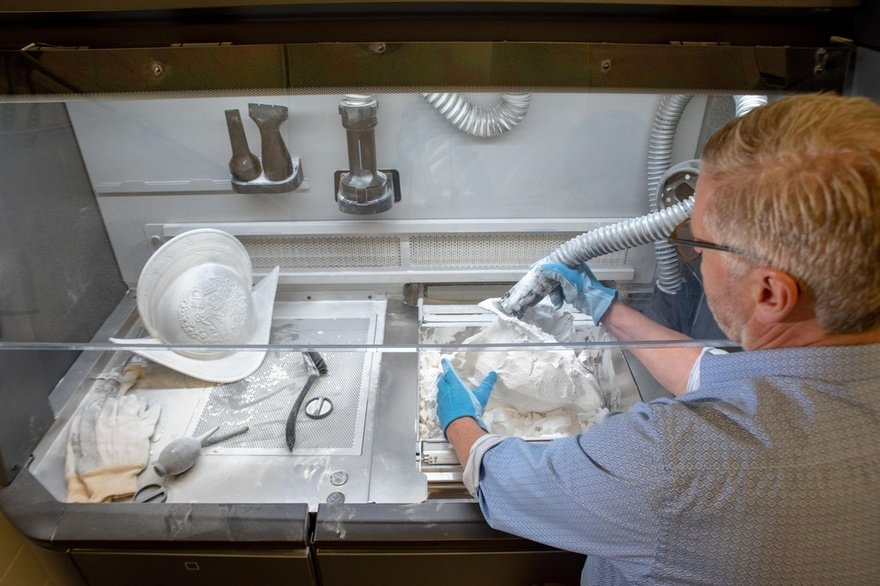 Cleaning off the print. (Image by SwissInfo.ch) 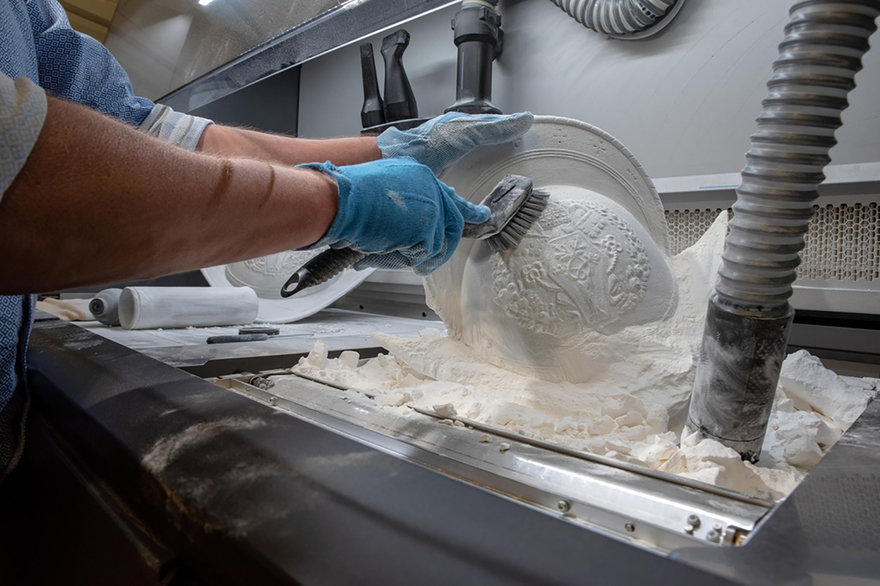 Cleaning off the print. (Image by SwissInfo.ch)

The new hi-tech helmets weigh just 570 grams, protect against ultraviolet rays and are fitted with air vents. But they are not cheap: each costs CHF900-1,000 ($911-1,012) to produce, though this is still cheaper than their predecessors, which also took almost 130 hours to make. The 3D printer makes a PVC helmet in one-sixth of that time. 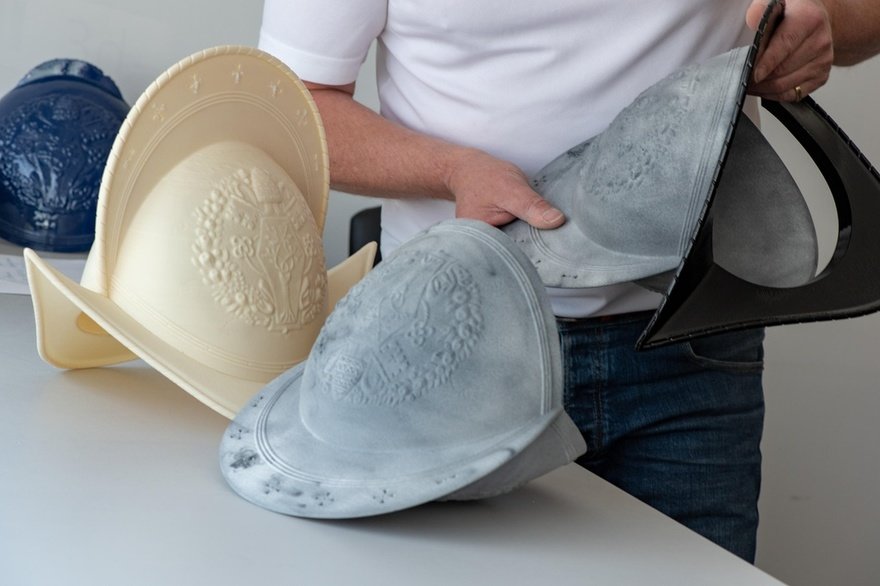 Comparing a 3D-printed helmet to an original metal one. (Image by SwissInfo.ch) 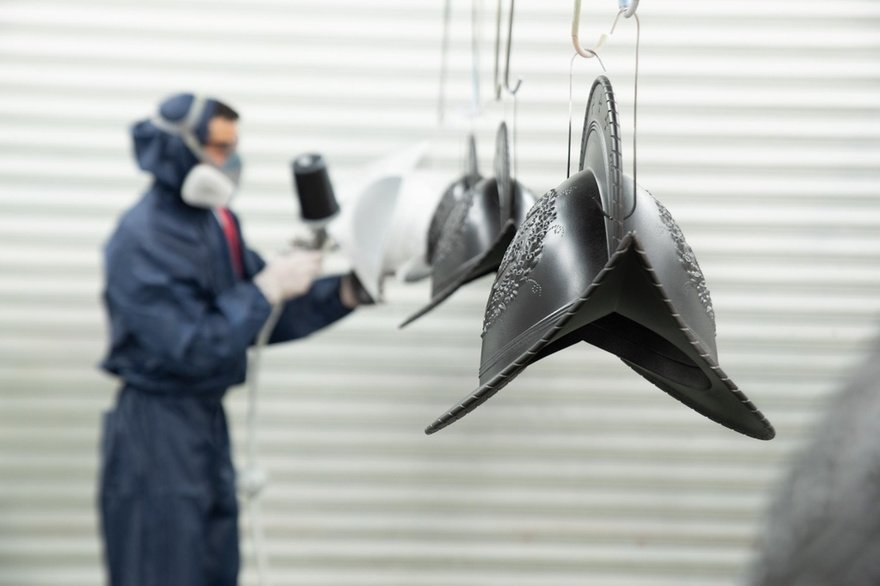 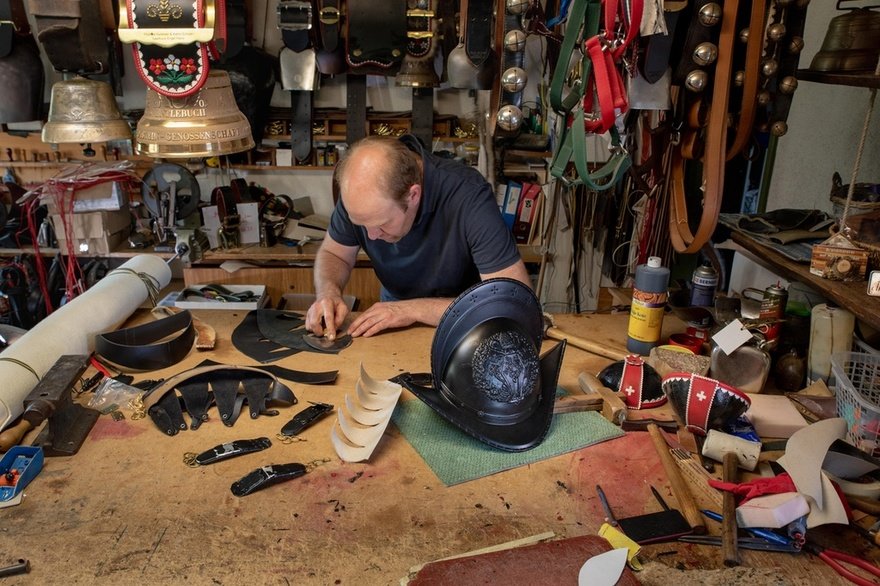 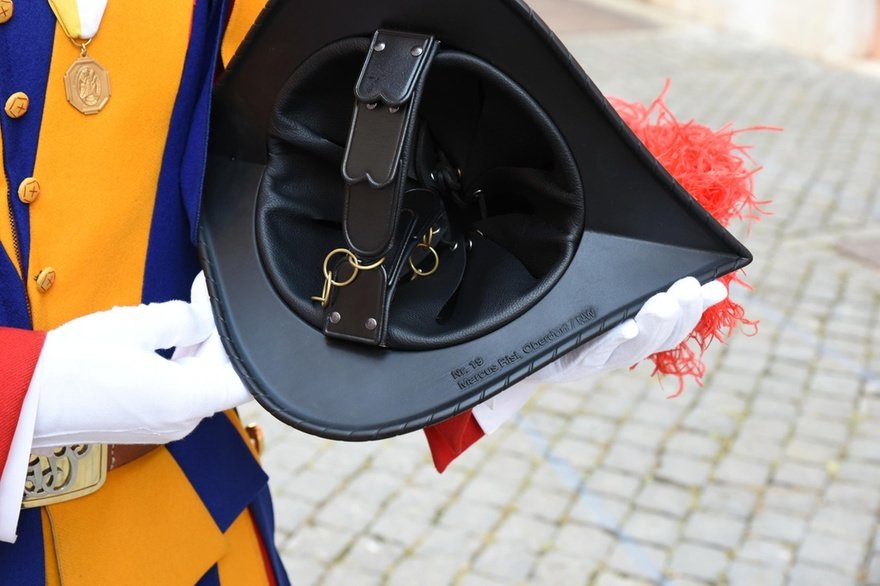 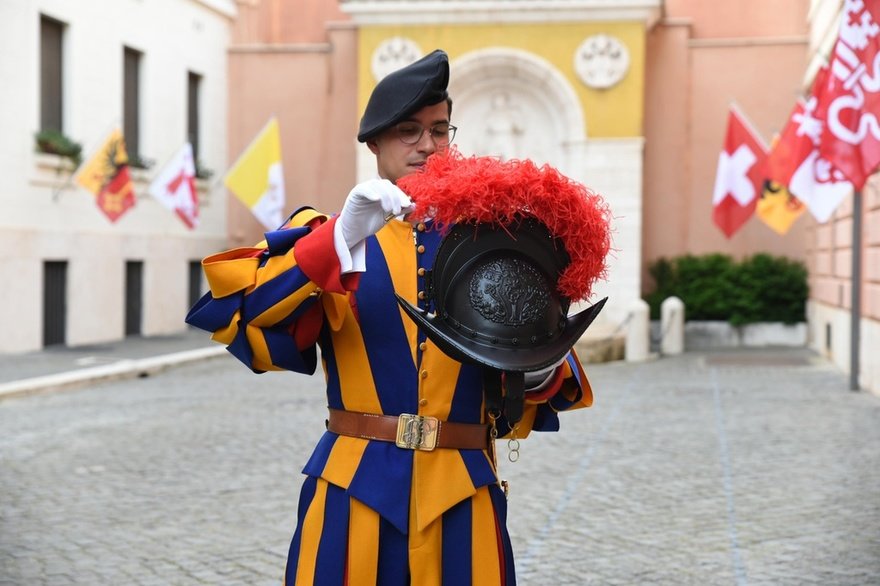 The ostrich feathers are real, not 3D printed. (Image by SwissInfo.ch)

The Pope's Bodyguards Get 3D-Printed Helmets