Short answer: No, it's a cheap knock-off of the Uniburr 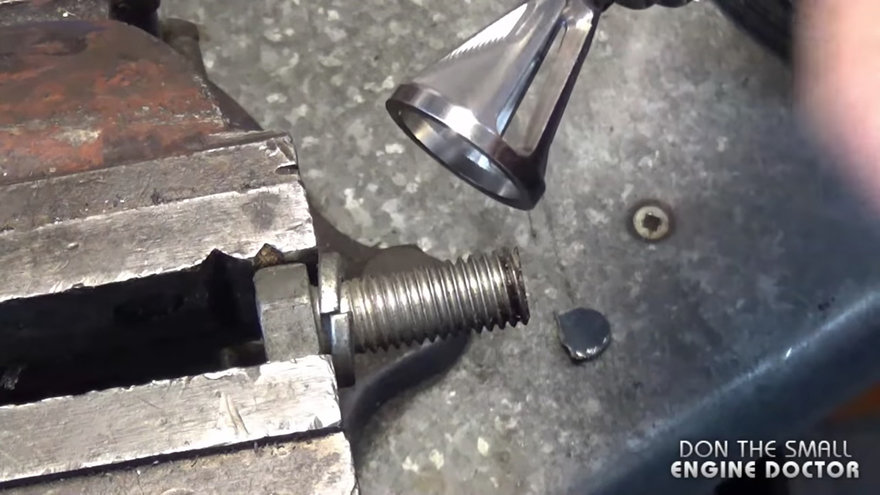 Last month we posted about what appeared to be a wondrous tool, the DOMOM Deburring Tool. We weren't the only ones to spot it/be suckered by it; following an extensive social media advertising campaign, DOMOM's product bought their way onto the radar of many, including a YouTube channel I've been watching, "Don the Small Engine Doctor." (His channel is a great place to learn about repairing and maintaining everything from chainsaws to cars to riding mowers.)

Don purchased the DOMOM tool to see if it really works. It doesn't. Here's why:

My first thought was that he started out running the drill too quickly to cut metal. I did the same with a screw extractor, and figured I'd ruined the cutting edges. In any case I found that tool useless as well.

If we give Don the benefit of the doubt, it appears the demo tool used in the company's video was a good deal sharper than what they actually ship.

Also, commenters on the original post mentioned the Uniburr, the deburring tool (successfully Kickstarted in 2014) that DOMOM appears to have knocked off.

Here's another YouTuber using the Uniburr, at what I believe is the correct speed:

Unfortunately his video contains a cut, so we cannot tell if he has cleaned up the bolts before attaching the nuts; but when he's drilling out the third bolt in particular, you can clearly see shavings coming off of it. So it appears that the Uniburr does the job.

We owe Uniburr an apology for overlooking them, and we hope DOMOM gets what's coming to them.