A cop once told me how K-rails work. I don't think he was right 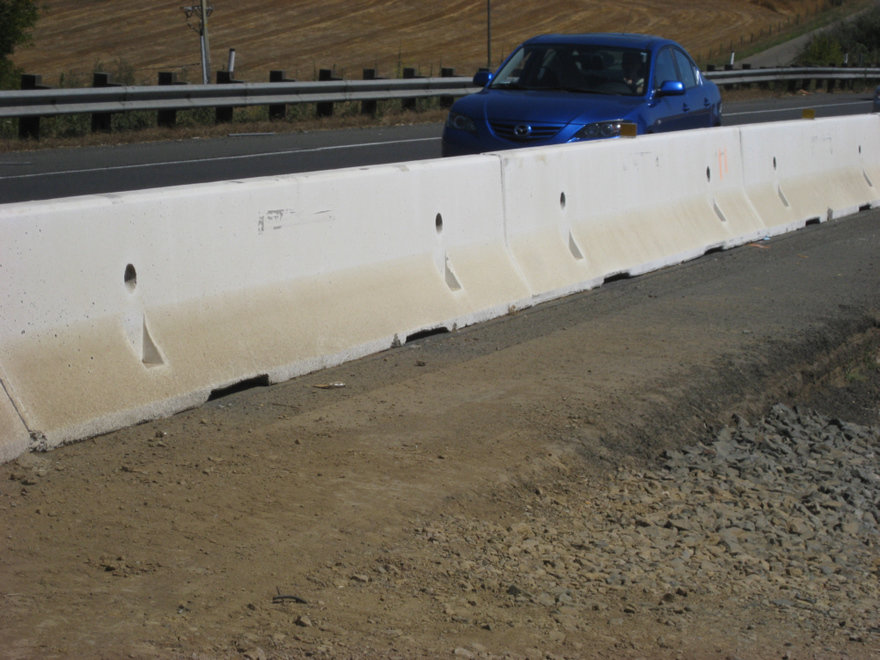 During my ambulance days, a State Trooper explained to me that K-rails were designed to keep cars stuck to them in the event of a collision (as opposed to ricocheting the car back into traffic, where they would cause mayhem). Have you ever heard this? I was never able to confirm it--no manufacturer makes such a claim--but if we look at the design of K-rails, the physics of their construction seems to back up the Trooper's assertion. However, I'm not convinced, especially after seeing the crash footage below.

First, let's look at a cross-section of a K-rail (also called a Jersey barrier): 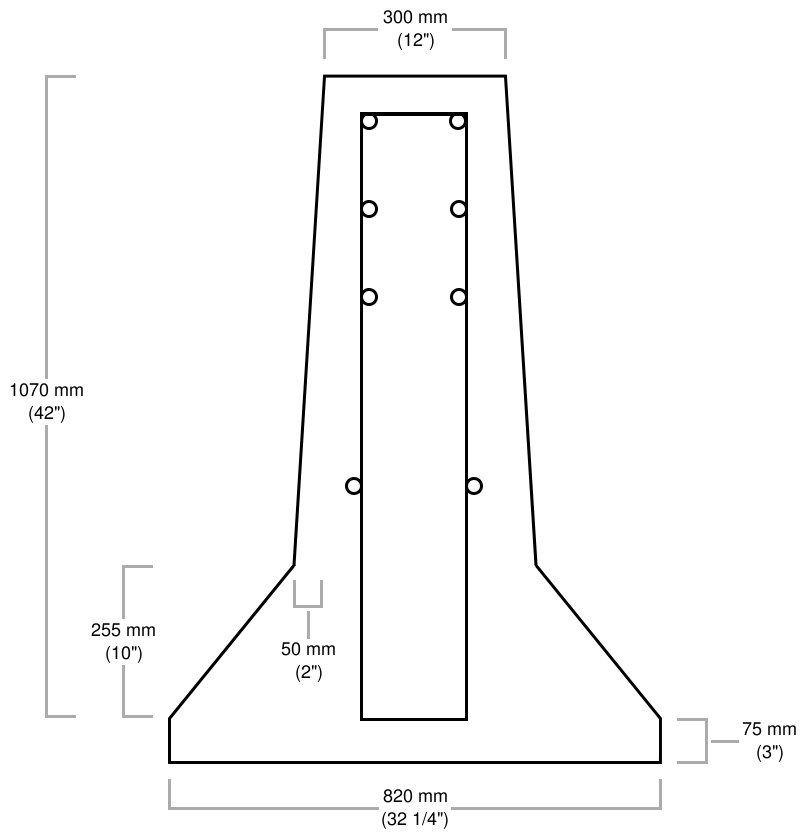 The most obvious purpose of a K-rail is to prevent out-of-control cars from crossing over into oncoming traffic. However, the Trooper's explanation to me was that the angled portion on the bottom is designed to get the wheels of a colliding car up and off of the ground on the colliding side. Not enough to flip the car, but enough to transfer the weight of the car to the barrier, so that it would "stick" through friction. It chews up the car, but prevents it from bouncing back into traffic.

Here's footage of some yahoo in a speeding BMW losing control, then colliding with a K-rail:

During the initial collision the wheels certainly lift off the ground, and the car doesn't bounce back into traffic, but I can't say that it "sticks" to the rail for very long.

Looking again at the cross-section of the K-rail, it seems to me that the base is splayed simply for stability and weight.

In this second video, a speeding car in the oncoming lane slams into a K-rail at an oblique angle:

The geometry of this type of collision obviously precludes any kind of sticking whatsoever. But what's not in debate is that the K-rail does its job of preventing the car from crossing over. The angled sides launch the car upwards after impact, absorbing most of the energy of the crash.

Finally, here's another car slamming into a K-rail. The accident seems similar to the one above, except this one comes with a Cranberries soundtrack courtesy of the camera car's driver:

Protection from crossing over, yes, but no sticking possible.

Aformentioned State Trooper had seen a lot more accidents than me, though we never witnessed them in person, only seeing the aftermaths. Even still, I suspect the "sticking" thing was simply a folk tale passed around the station house, or maybe even the bar after work, and that it isn't quite true. While there is no known original designer we can interview (the K-rail was invented in the 1950s), my guess is that the K-rail's shape was devised for simple stability.