A crowdfunding platform doesn't have to exist exclusively for grandiose projects that require tens of thousands of dollars in order to be realized. No one is in bigger favor of smaller projects taking to crowdfunding than designer Oscar Lhermitte, proven most recently in his latest project, a simple corkscrew launched in the form of a "Quickstarter". Lhermitte coined the Quickstarter movement himself in conjunction with Kickstarter in an effort to encourage designers and creatives to launch something, well, just for fun. 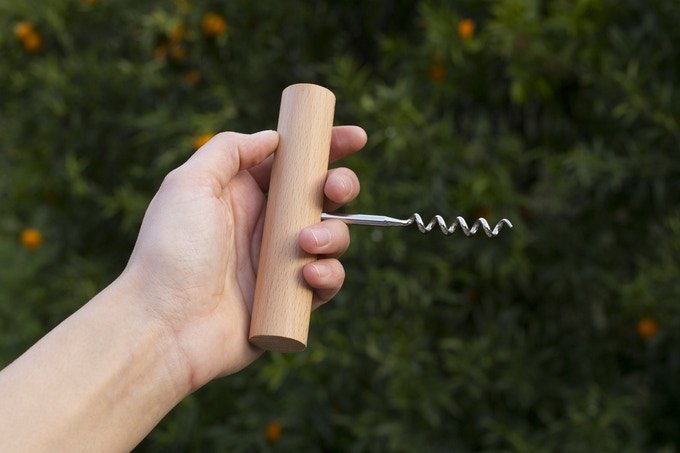 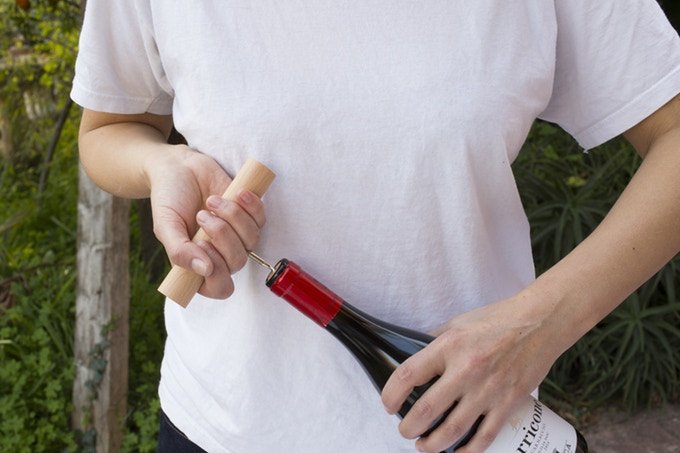 The aim of his latest project remains true to the intent of a Quickstarter in that it is a simple design fix for the often overcomplicated corkscrew. As written on Lhermitte's campaign page, "this product comes from a frustration of not being able to find [a corkscrew] that is simple in its design while at the same time functional. There are all sorts of corkscrews available online and they come in all shapes, sizes, materials, finishes and qualities. To my surprise, finding a simple one that just does the job is surprisingly difficult." In an attempt to correct the unavailability of simplicity on the market, Lhermitte launched a two-week Quickstarter to fund his idea.

In case you aren't familiar with the format, a Quickstarter has just a few rules and is open to any designer interested in trying out an idea. The criteria are as follows:

Lhermitte's corkscrew certainly fits the bill and looks easy, right? But then again, Lhermitte makes it look easy as he is a master of the Quickstarter game. So we asked him: What are your top tips for people who are interested in doing their own Quickstarter campaign? Here's what he told us:

"A Quickstarter is by definition small, so it's a great place to test a small idea or manufacture a small product that will not cost a lot and that does not have large Minimum Order Quantities. Keep the more ambitious ones for a proper campaign."

2. Don't shoot yourself in the foot with shipping

"If it's a product, keep it small in size too. The shipping can be a killer. Especially if it becomes more expensive than the product itself."

3. Don't underestimate the merits of a good video—and perhaps more importantly, the audio

"The video is always very important and actually the sound quality tends to be more important than the video quality. Film with an smart phone and record the sound with an external mic."

Share your campaign with others before launching. Even for the small campaigns, you are too close to it to see the obvious mistakes.

5. Put the product in action

"Have some context in your photos and video. It's always helpful and nice to see hands or a body next to the your project, it gives a sense of reality and an idea of scale."

Lhermitte is not only a crowdfunding expert, he is also this year's jury captain of the new Core77 Design Awards Crowdfunding category! Do you have a crowdfunding project that was successfully met its funding goal in 2018? Submit it for consideration here.