A few months ago, a video emerged of Kanye West giving one of his signature verbal fire hoses to the students at Detroit College for Creative Studies. As I watched, a smile slowly curled on my face, anticipating the silence he would receive at the end of his rant.

I started to dig around, and I was shocked to see that generally speaking, students and graduates admire Kanye West. Remember, there's a very key difference between working with designers, and being one. Kanye is not a trained designer, but he's a creative mind that has the ability to pay designers to work on and execute his ideas. So then how did Kanye West become a design influencer that can do no wrong in the minds of design students? 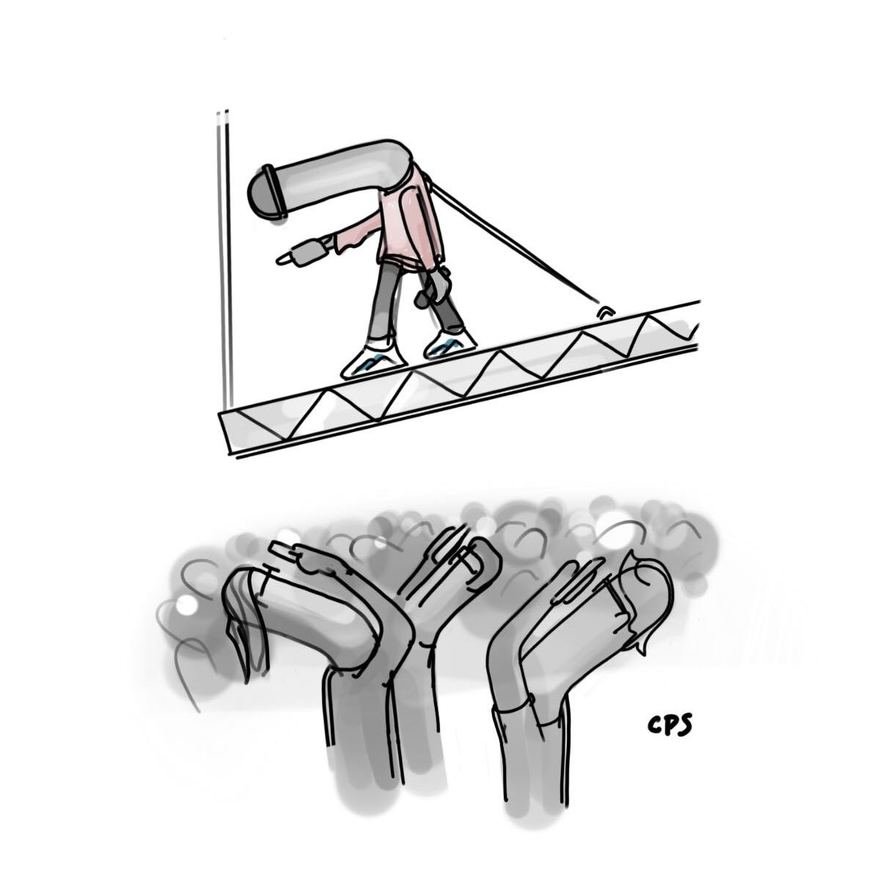 All illustrations by Connor Pelletier-Sutton

I have a real love/hate relationship with concept of the "influencer" as a whole. I think it's magnificent that an individual's work can be collectively appreciated on a social platform, validating that there are thousands upon thousands of incredibly talented people out there viewing and interacting with their work. But the game has evolved so much from the dream we had 10 years ago, and it's fascinating (or quite frankly, upsetting) to dissect.

So let's start by focusing on Instagram, the clear choice for all types of creatives to share their work and watch an appreciative audience grow in front of their eyes in 2019. I joined Instagram back in 2011 while doing my masters in Architecture. "This is awesome!" I thought—a way to share my architecture models and ideas without bothering friends who wouldn't care about that on Facebook. And those filters, oh boy those filters. How wonderfully they would cover up the crappiness of my photos and quality issues in the models (or so I thought). At the time, "influencers" didn't really exist. The audience was small, and hash tagging wasn't a thing quite yet. We would mostly share our handles by word of mouth to one another, and the focus was on sharing our work. It was awesome.

Inherently, that hasn't changed—Instagram is still for sharing images. But as the platform gathered more users and it felt more and more crowded, we evolved with it. Whether intentional or not, Instagram today is a tacitly competitive space when it comes to creatives. It's as though we're all fighting for an audience that in actuality, can and does consume content from everyone. And out of this innate human need to compete and be the leader of the pack, we birthed influencers.

Now, it's not all bad. One of the greatest things to have come from this evolution is the desire to push ourselves and create better content to share, making us all better and hopefully encouraging others to push themselves too. Even this has its pitfalls, though, which lies mostly on the shoulders of influencers.

The problem here is that we're painting a complete illusion of what we do to the next generation of designers and reduce the job down to some beautiful renders or sketches.

One thing that social media influencers experience far less than a more traditional celebrity is the rise to fame through an in-person audience. That in-person experience helps others understand the impact of their actions and words, (positive or negative) more effectively than through only digital means. As a result, they may not necessarily think about the impact of their actions and how they influence others.

Let's take a minute to remember we're talking about creatives here, not socialites, movie stars, etc. Our influence and impact is minimal in the grand scheme of things, but our actions can be damaging in many other ways. I am not an influencer by any stretch, but on a near daily basis, I receive a message from a junior designer, student, or teenager saying something to the effect of "I wish I had your job!" Or "I hope to do what you do when I'm older!". But what nobody ever sees is all the work and time it took to get to there in the first place, and that's the danger. 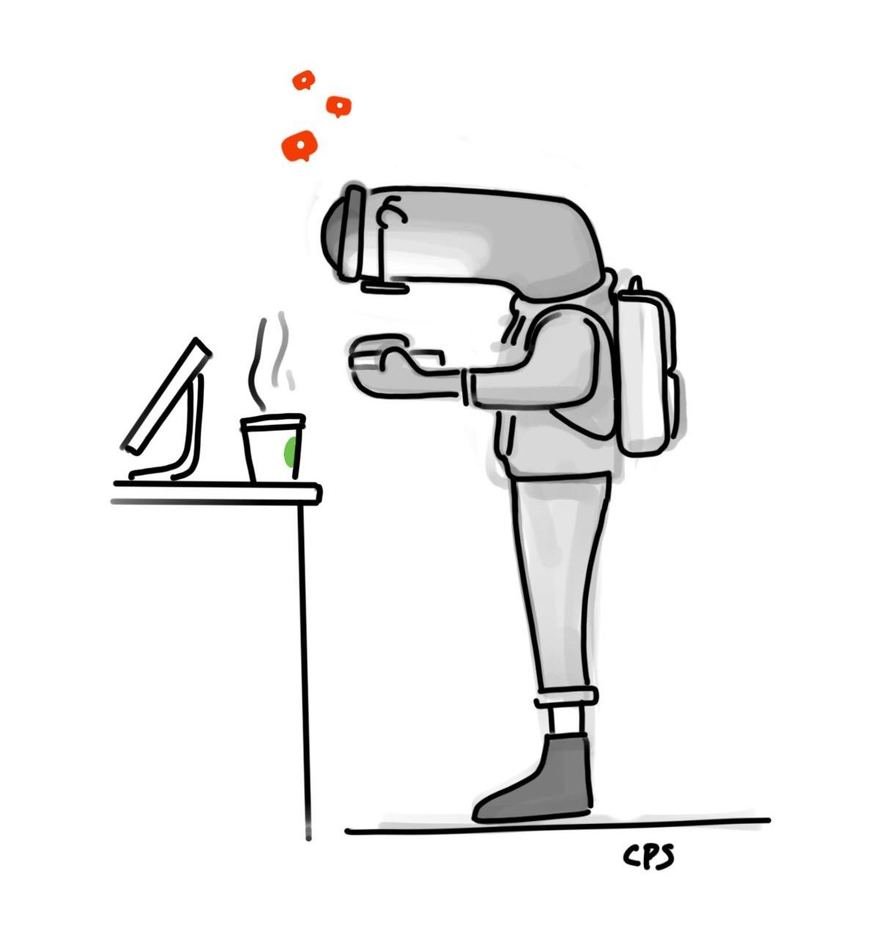 A number of professional industrial designers use instagram as a way to detox from the reality of being a designer in the working world by sharing wild concepts, and beautifully rendered but essentially unusable designs, which in my eyes reduces them to sculpture. The problem here is that we're painting a complete illusion of what we do to the next generation of designers and reduce the job down to some beautiful renders or sketches. After all, who wants to see a photo of you on a bad hair day struggling to come up with an idea or paying invoices?

Even in my own line of work, I am not a traditional industrial designer. I often work on projects that are at times ridiculous and over the top. But because of social media, people have the illusion that I work on those types of projects all day everyday. What they don't see are the behind the scenes hours of PowerPoint, strategic meetings and tactical reviews I often go through see if the projects I propose will be actually be approved.

Now imagine then, the impact that someone with an even more significant following has on their audience? Whether they like it or not, everything they share or do will be consumed, and most likely, emulated. So do influencers need to be more mindful and conscientious? Absolutely. 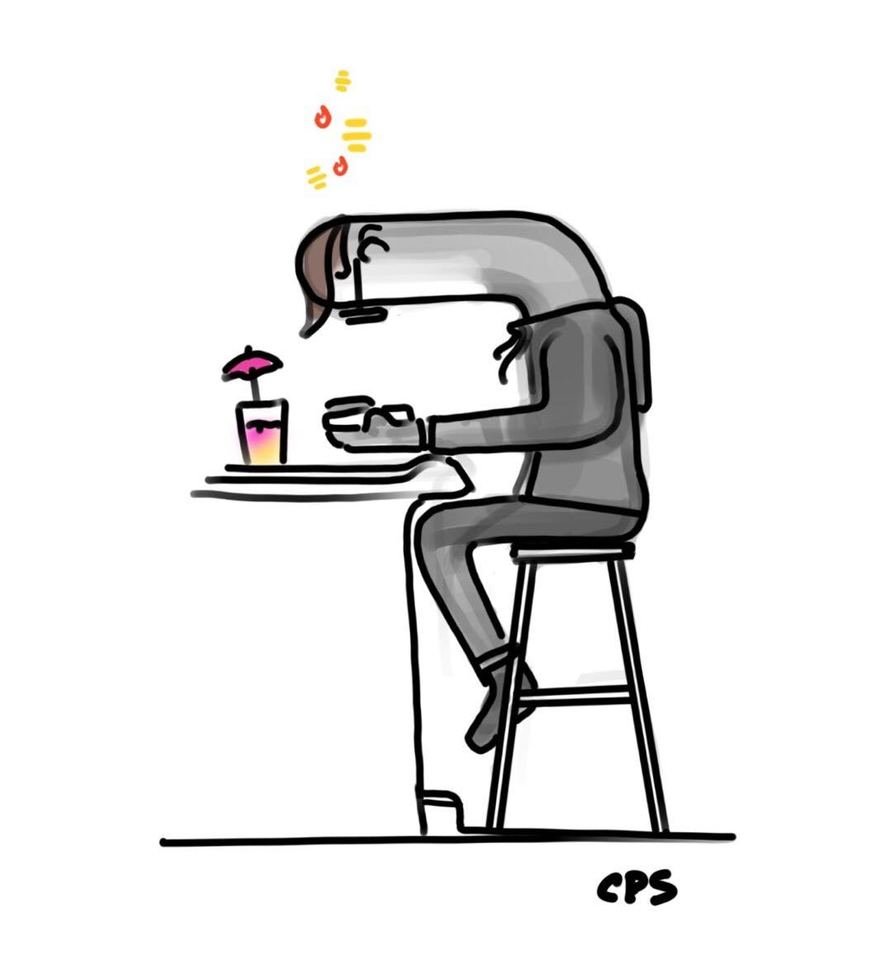 However, plot twist: this isn't about them—it's actually about you. The clue to the power you as a "follower" hold is in the name we've given these people: influencers. Do you want to blindly follow and be influenced, or do you want to stop, take a minute and think about what you just saw or read, and decide if it makes sense for you to emulate?

That's not to say you should unfollow every industrial design influencer you admire. But I am saying that, especially when it comes to your current or future career, it's important to be practical and pragmatic with the loads of information you consume on a daily basis, whether it be via Instagram, YouTube or even design blogs. Take in the information for what it is—not for what you want it to be.

Remember the Kanye anecdote at the beginning of this article? It's understandable if you admire Kanye in some capacity as an artistic and cultural influencer, but please take his creative rants for what they are and avoid worshiping his every move, especially in a design context. Same goes for social media influencers within the industrial design industry.