Meet Anton Lorenz, the Man Who Brought Tubular Steel Furniture and Reclining Chairs to the Masses

An exhibition at Vitra Design Museum highlights his body of work

To celebrate the 100th anniversary of the Bauhaus this year, Vitra Design Museum is highlighting the work of a lesser-known yet key figure, the entrepreneur and designer Anton Lorenz who helped bring the promise of tubular steel furniture to life. The exhibition at Vitra Schaudepot in Weil am Rhein, Germany, titled "Anton Lorenz: From Avant-Garde to Industry," looks at Lorenz's legacy as the man behind the Bauhaus' "machined aesthetic." It traces his career, following him from Germany to the United States where he deployed his interest in ergonomics to develop some of the most popular reclining chairs in American furniture design history. 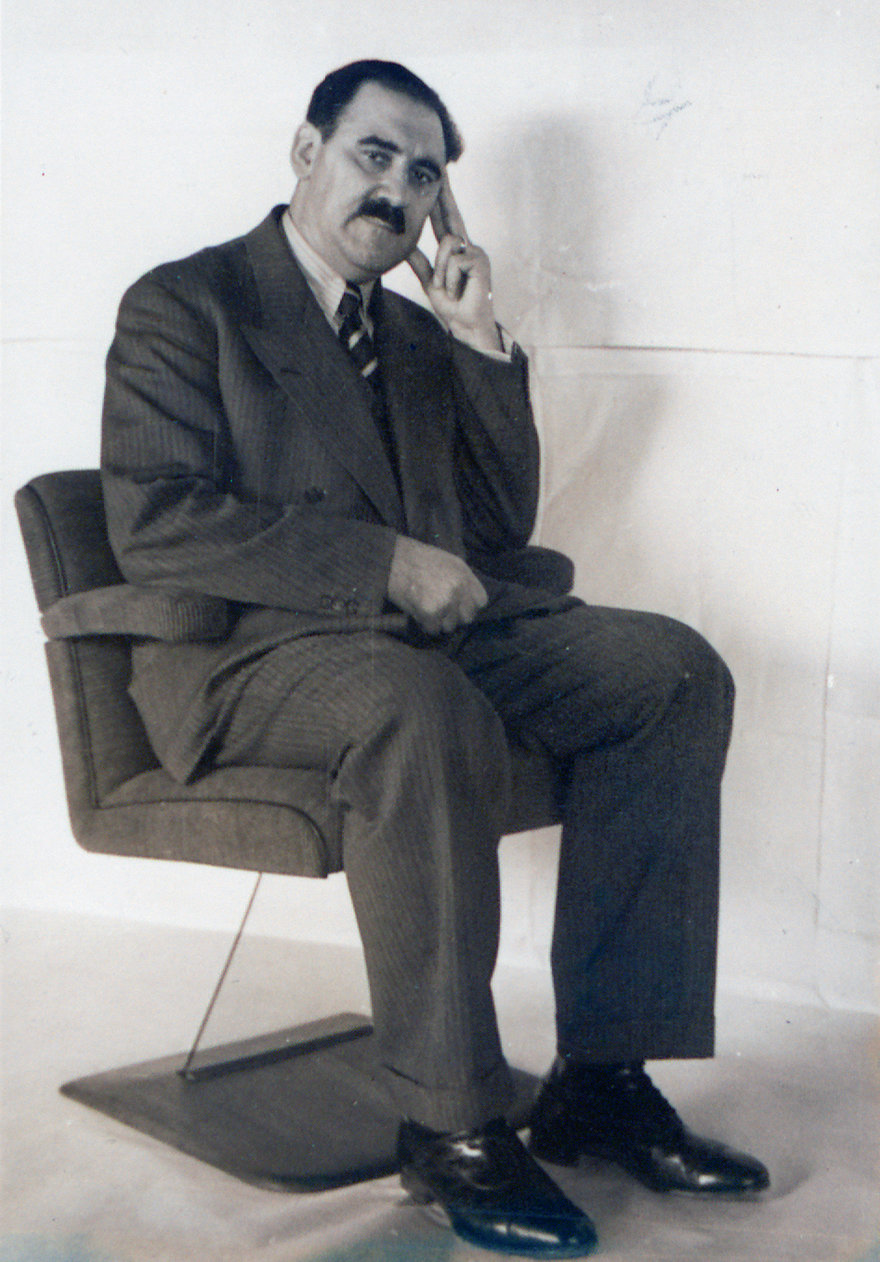 Anton Lorenz on a chair with a pillar made from glass (experiment), 1938/39


Lorenz was born in Budapest in 1891 and was teaching history and geography in a secondary school by 1913. Further details about his early life are unclear. He married an opera singer and they moved to Germany after she received a job in Leipzig, where he continued his teaching career. Somehow, he entered the lock manufacturing business and they relocated to Berlin in the early 1920s. 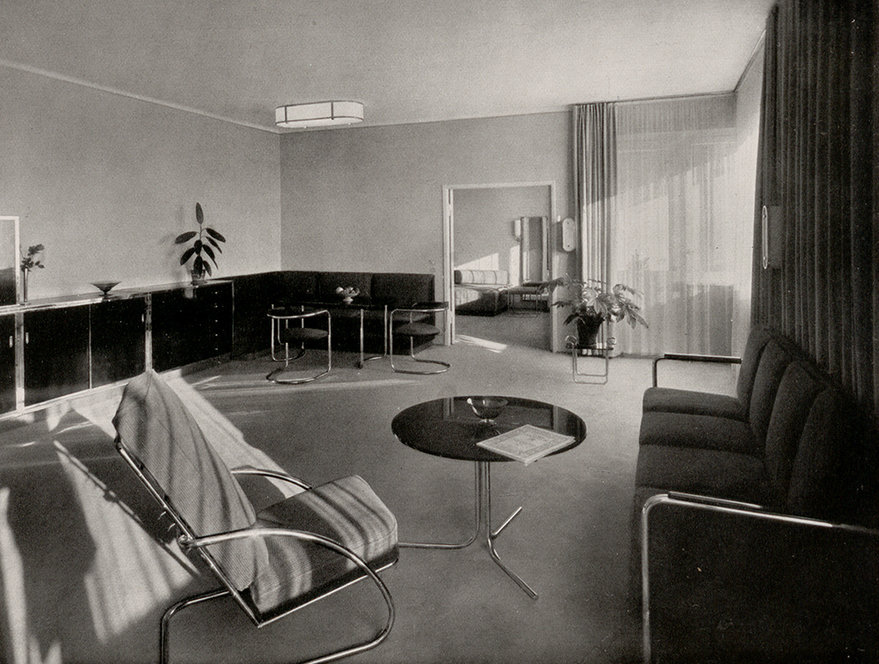 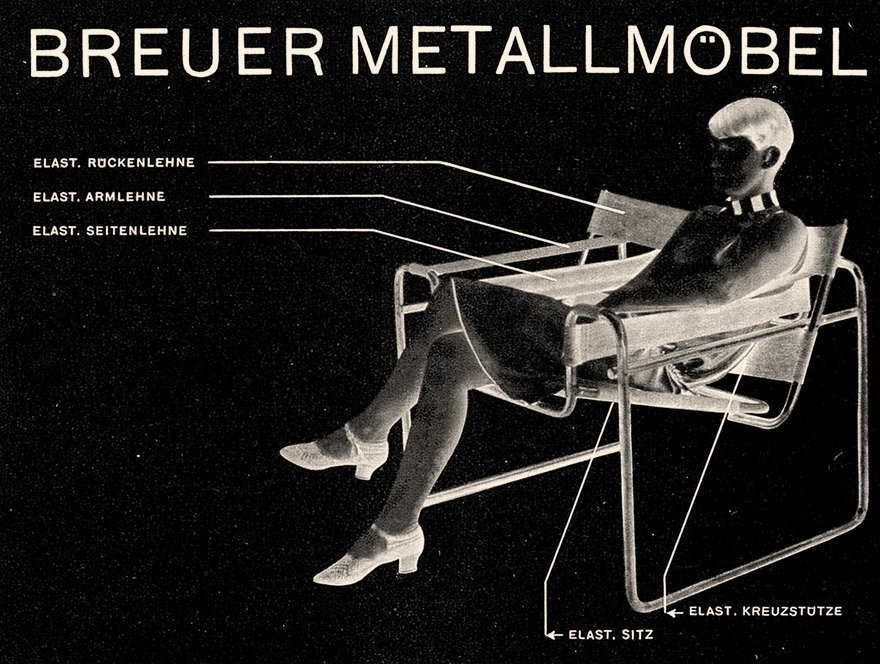 Cover of the Standardmo¨bel catalogue, 1927


In Berlin, Lorenz met fellow Hungarians and architects Marcel Breuer and Kalman Lengyel, who were both associated with the Bauhaus in Dessau. In 1925, Marcel Breuer became the first designer to construct furniture out of tubular steel and he joined forces with Lengyel to found the manufacturing firm Standard Möbel in 1927 as a way of developing his tubular steel designs. Before long, Lorenz became the manager at Standard Möbel where he used his business savvy to aggressively pursue patents and establish a network of rights of use for the new tubular steel furniture. He went on to do the same for Desta and Thonet and began to dominate the growing industry. 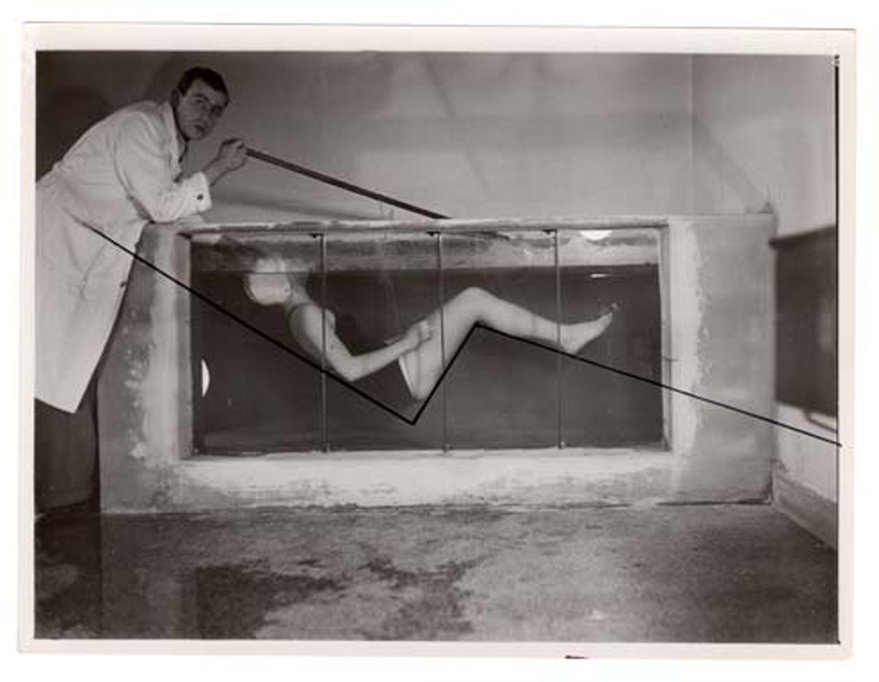 Photo from a test series at the Kaiser-Wilhelm-Institute for Labor Physiology , Dortmund, 1938


Alongside this work, he showed a keen interest in ergonomic design, an area that was gaining popularity at that time. In the early 1930s, architect Hans Luckhardt was developing a slatted wooden chaise longue that allowed users to go from a slight to a full reclining position, and Lorenz funded extensive research at the Kaiser Wilhelm Institute (now Max Planck) to support the design. To determine the precise angles of the body's relaxed position, he had subjects sit in tanks of salt water and photographed their legs. Luckhardt's final design went on to become the popular Siesta Medizinal for Thonet, a version of which was used in German military hospitals. 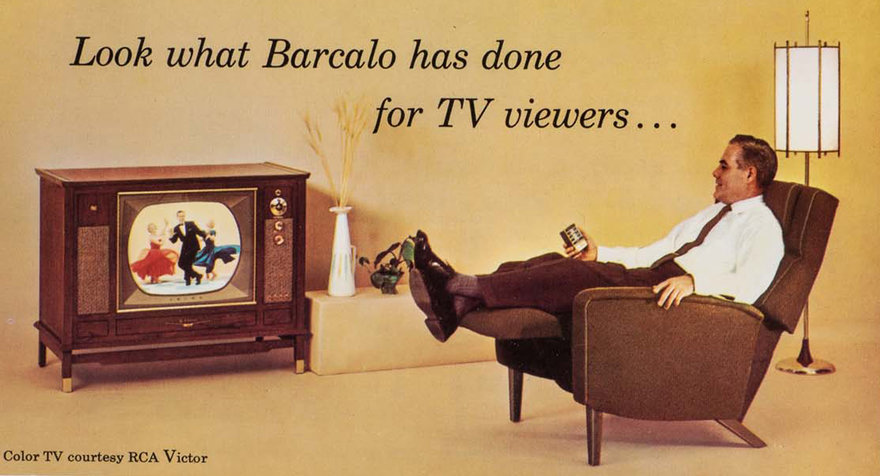 Look what Barcalo has done for TV viewers..., brochure by Barcalo, not dated 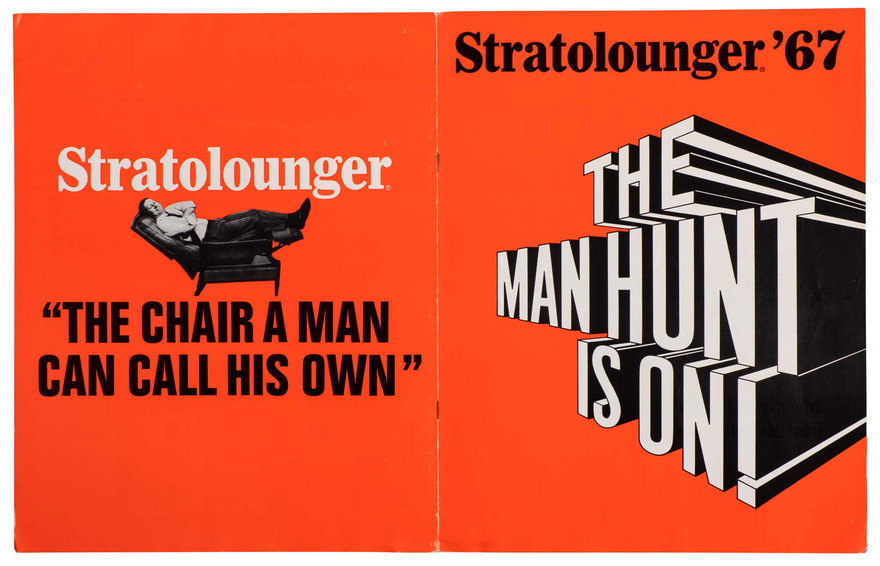 The chair a man can call his own... brochure by Futorian on the Stratolounger, 1967 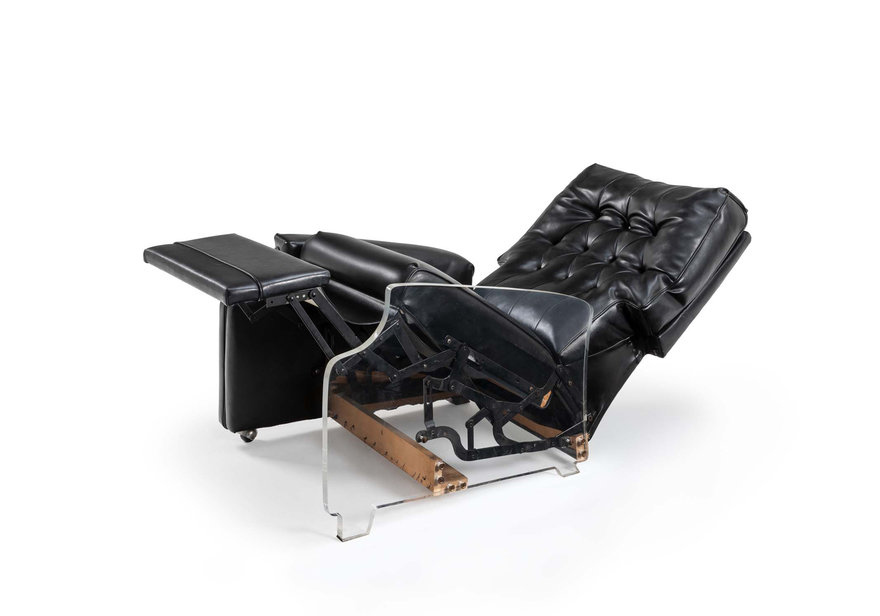 In 1939, Lorenz emigrated to the United States and established a now ubiquitous furniture typology: the adjustable recliner, a beloved centerpiece in living rooms across the country. In the USA, Lorenz again collaborated with many companies and profited from the increasing interest in comfortable, informal furniture that reflected the growing presence of television and aspirations toward leisure. He developed his own design, the BarcaLounger, in 1940, which became one of the most successful products in the history of American furniture design, and later partnered with Chicago upholsterer Morris Futorian to create the Stratolounger. 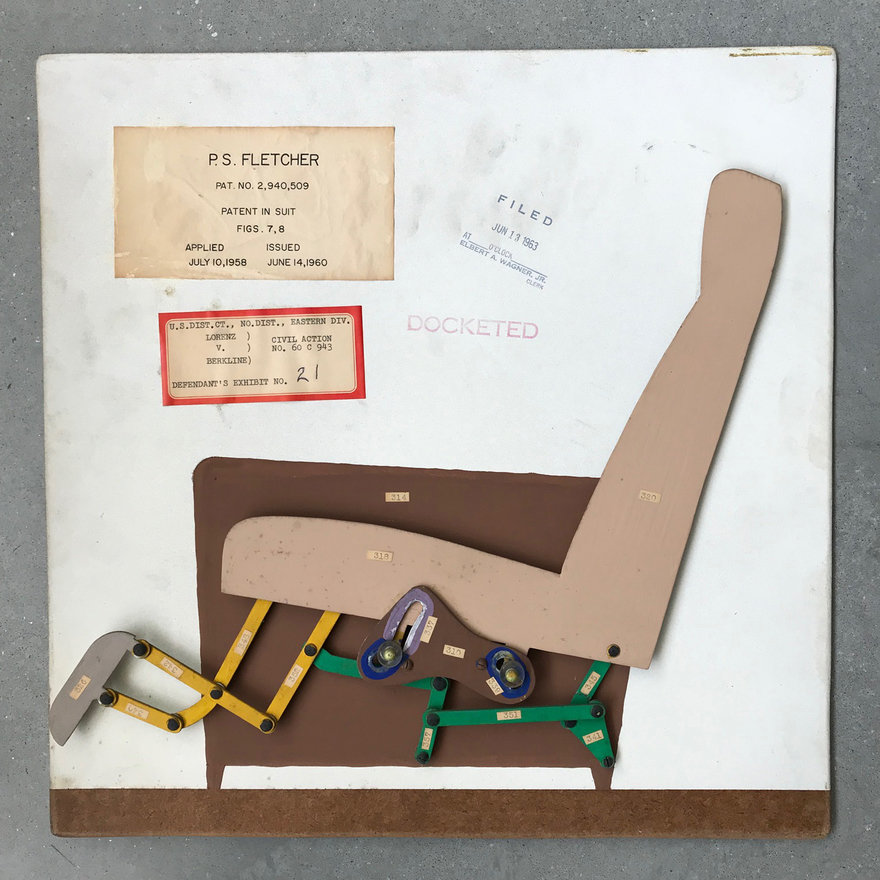 Model for the visualization of the mechanism of a moving chair, fabricated on the occasion of a lawsuit Lorenz versus Berkline, 1963

The new exhibition is the first to take a deeper look at Lorenz's vast career, which has mostly been mired in some well-known court cases and copyright scandals. Vitra Design Museum acquired the archives of Lorenz's estate in 1989 and now, for the first time, the museum is presenting important documents from this collection alongside furniture designs by Marcel Breuer, Mart Stam, and Ludwig Mies van der Rohe as well as pieces by Lorenz himself, to show a behind-the-scenes look at how he adapted Bauhaus designs to have broad appeal. 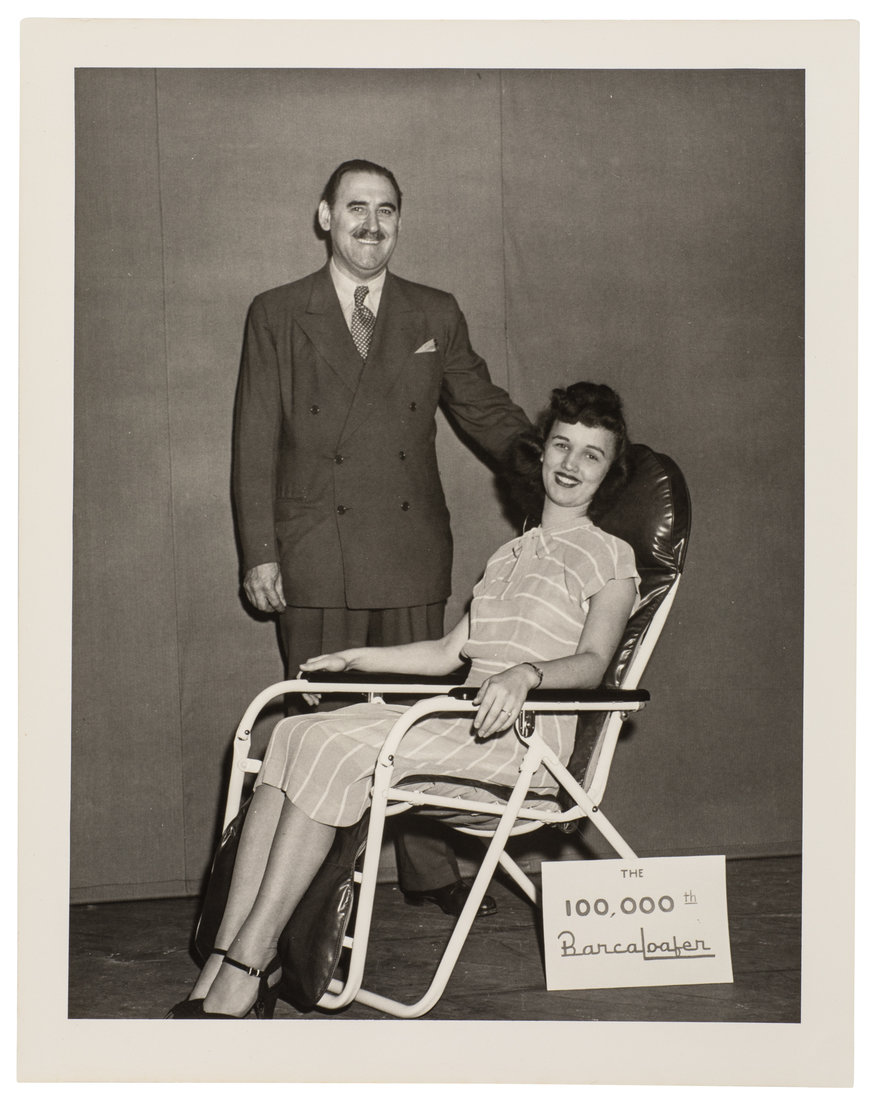 "He lived for his wife and his chairs," Lorenz's lawyer once said.

"It becomes clear that the breakthrough of modern furniture did not solely result from ingenious designs," note the exhibition curators. "Equally important were companies, legal cases, patents, manufacturing methods – and innovators like Anton Lorenz, who merged all of these aspects to bring the ideas of the avant-garde to as many people as possible."

Meet Anton Lorenz, the Man Who Brought Tubular Steel Furniture and Reclining Chairs to the Masses