Musicians are using beta versions of this real-time vocal-recognition MIDI controller to bring new sound and dimension to recorded work and live shows. 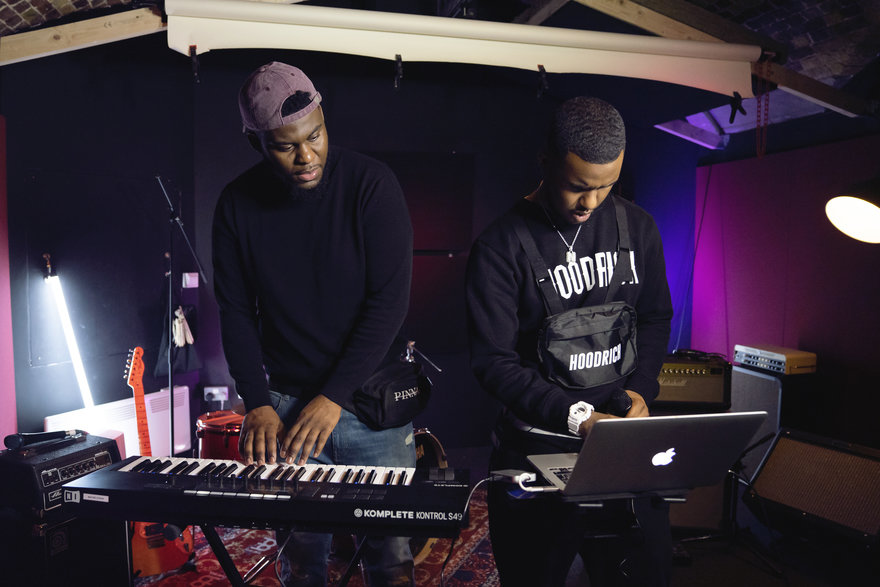 Musicians who can play two or more instruments and sub in for orchestral colleagues are sometimes called "doublers." They're flexible, they're fixers, and they're a big help when you're trying to bring a piece of music to life.

George Wright's Dubler Studio Kit, for which he's raising funds on Kickstarter, aims to expand that ability to just about anyone, regardless of musical ability. Dubler's microphone and software turn a person's voice into a MIDI controller, transforming simple vocalizations into a huge range of musical noises. With just your voice—or non-vocal cues like clapping or playing an instrument—you can dub in any sound you want.

In the first year of his graduate studies at the Royal College of Art in London, Wright cofounded a business that built IoT solutions for construction sites. But by his second year, he knew his heart wasn't really in it. "It was a good idea with a really nice team—but I realized that I didn't care about the project or the industry," he says.

He saw his second and final year there as an opportunity to start fresh on whatever he wanted, and decided to make a music creation tool.

"I started broadly, following a user-centered experimental process," he says. To understand how people communicate about music, he asked test participants to listen to Prince's "Let's Work" and explain it to someone else. His findings—that many people communicate ideas about music via the voice—got him thinking about how to facilitate that common behavior.

"I saw the creative spark of people expressing complex sounds, instrumental ideas, and rhythms all using the voice, and I thought, 'What if you could translate that live to the actual instrumentation?' It fascinated me, so I just kept testing, learning, and prototyping."

Wright heads to Abbey Road, and puts a band together

In 2017, Abbey Road Red, a music tech incubator created by the iconic British recording studio, welcomed in Wright and his nascent company, Vochlea, to develop his early prototypes of Dubler. "We were probably the earliest-stage company they have ever taken, and maybe ever will take, but they saw the potential in the tech."

While there, he not only refined the technology, but also started connecting with musicians, who proved to be incredibly valuable prototype testers, and building a small team: culture and communications lead Kelly Angood, senior engineer Cam Thomas, and cofounder and technical lead Daven Sanassy.

Sanassy came from Mixlr, a live audio broadcasting software startup, and brought a great deal of experience in building fast, lightweight audio tools. It's because of his expertise that Dubler syncs seamlessly with programs like Ableton, Logic, ProTools, and GarageBand at the studio and in live performances.

"At Mixlr, we expected our desktop app to run on low-end machines, and this challenge ensured that I had a solid understanding of the pitfalls of real-time audio programming. For example, if you produce a game and it stutters visually, you see some visual artifacts temporarily and the visuals recover. But in audio, if you have any delay or even the tiniest error, the whole audio chain can break down and likely needs to be restarted to work properly again.

"What makes Dubler stand out from anything that has come before," Sanassy says, "is that it has a low enough latency to feel real-time. It feels as if your mouth moves and the sound is instantly triggered, as if you were playing a physical instrument. One of the most major challenges has been producing a piece of AI software that is so sophisticated that it can do what Dubler does, but also so efficient that it can do it very quickly whilst running on a normal computer."

Working musicians put it into practice

From the very beginning, the Vochlea team has tested Dubler with musicians—and hasn't had any trouble finding willing participants. "Generally, once an artist sees the possibilities of Dubler Studio Kit for themselves, they have been keen to get involved," Angood says. 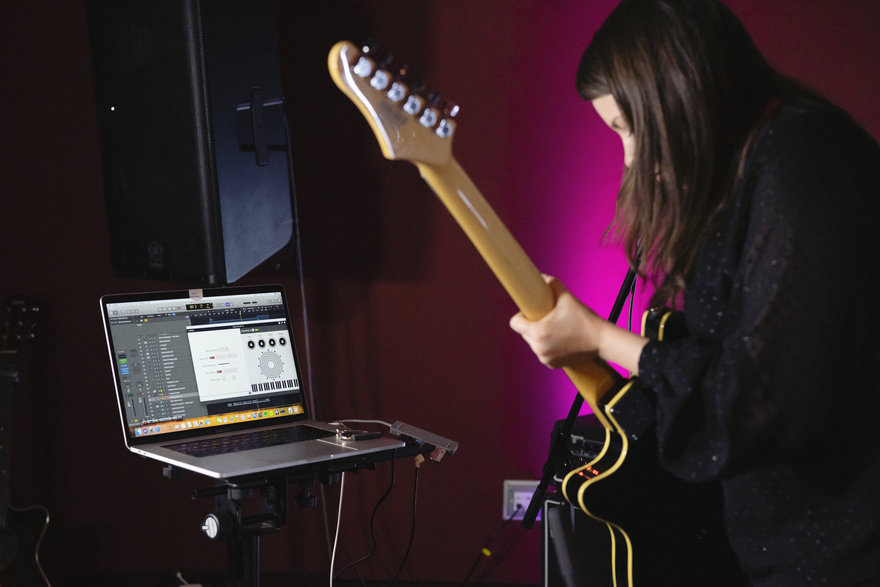 Luna Neptune, a rising folk star based in London, first saw a Dubler prototype in a Facebook video, and started badgering the team to let her test one. Now, she's working it into her live act and planning to use it on her first full-length album.

"On my EPs, I have lots of bleeps and wooshy noises and spacey sounds that, currently, as a solo artist, I've not found a good way to replicate live," she says. "I just play guitar and vocals. But Dubler brings a whole new aspect to my live show. I'm not a beatboxer at all, but I'm finding ways by being able to do interesting beats whilst also kind of singing—being able to play a flute noise and a drum kit at the same time, for example.

"I just can't wait to see it in the hands of more and more creators," she says. "There are so many uses. Like, film soundtracks are going to be so incredible because of the technology, or anybody who makes electronic music can do that in a live setting. It just opens up so many possibilities."

The Dubler Studio Kit is live on Kickstarter until April 16, 2019.