Why are Makerspaces Dying? Can Designers Bring them Back to Life?

Back in 2008, I was an architecture student in England living a blissful student life of beans on toast, late nights in the studio and keeping myself awake with Red Bull. Okay, in retrospect "blissful" is probably not the right word for this. Perhaps "responsibility free"? I remember experiencing my final year as a student: the anxiety, fear, and dread for the future. I was about to graduate into a world that had collapsed on itself economically, and anything connected to the construction industry is typically fast to get hurt and last to recover during economic downturn. At the time, I had dismissed the housing market crash as nothing more than overblown sensationalist news. How wrong I was...

When I graduated, reality hit me so hard that I literally landed in another country. The job opportunities in the UK were so scarce that I upped sticks and moved to Paris where I managed to find work as an architectural designer. 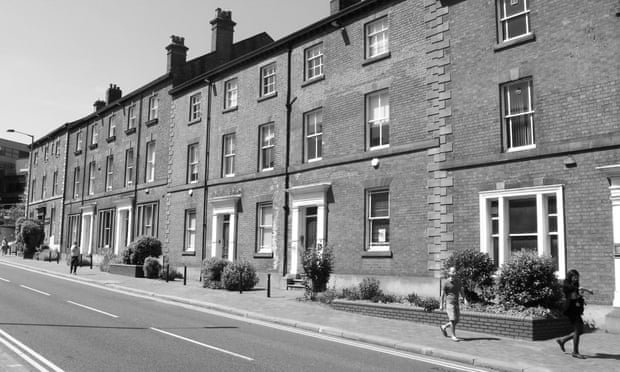 The ROCO co-working space in Sheffield UK / Image via Roco

But then, something magical happened. The millennial generation, pulled themselves up by the bootstraps. Instead of rolling over, those who could drew the line in the sand and picked the economy back up by simply making their own jobs.

From 2008-2016 an explosion of start-ups came onto the scene and managed to created an entire slew of satellite industries to cater to their needs. In this time, the makerspace as we know it came to life, and it was a glorious time to be a creative who needed and wanted to make physical things.

Makerspaces, incubators, accelerators, co-working spaces—whatever you want to call them—encouraged a culture of "me too!" With legions of professional designers and those not formally educated in any kind of design process joining these spaces. Differing points of view, unique perspectives and collaboration flourished. We flirted with sharing economies, pushing prototyping tools to make final products, and we came so close to making a dent in capitalism.

I myself owe nearly everything to one co-working space, Makerversity. At that time in my life, I had returned to the UK, and was suffering from a deep depression. My friend suggested that I use design as therapy, so I channeled my issues into creating things. This eventually led me to join the group of people at Makerversity who had grand ambitions and who infected me with their unwavering positivity, love, and encouragement. I joined Makerversity in 2013 with $0 to my name and was granted a desk in exchange for managing the digital shop. I went modeled ideas for fun and payed my rent by making props for cosplayers. Cut to nearly three years later, and the company I had grown caught the attention of Autodesk. And here I am now!

My story here is not unique by a long shot. Makerspaces across the globe have done miracles for demystifying manufacturing and process, enabling the curious to explore ideas and massively increasing the popularity of making with an entire new generation.

So what happened? In the last few years, I have received email after email from various spaces across the globe informing that they are closing their doors, including The ROCO in Sheffield UK, Fab Lab London and the Hacktory. Of course, a big contributor is just the natural beat of the drum—people lose interest, move on, or just grow tired of what the have. Then there is the other side of the coin too—spaces that got greedy and tried to expand too fast or just failed as businesses, but that doesn't need to be retreaded here.

I hate to admit it, but one way or another, makerspaces are dying out, with today's biggest challenges being finding spaces large enough to keep all of the equipment, affording rent, and drumming up demand from prospective members.

So why then, aren't designers flocking to these spaces? I always hear from freelance designers or early stage startups that they can't afford an office and equipment for prototyping or that they they simply don't like their home office anymore. Every single time I recommend a makerspace, I am met with apprehension, "aren't those spaces kind of crap?". Well, they can't be worse than your IKEA desk at home, mate. 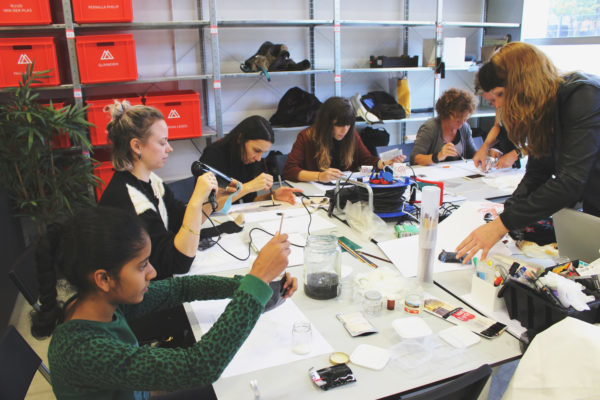 A learning program being held at Makerversity

Designers and creatives all over seem to have forgotten that these spaces exist and offer relatively affordable membership, hot desks and sometimes even permanent desks, not to mention the easily accessible internal networking opportunities. We need spaces like this more than ever to help the next generation flourish in the same way we have, and we even have the opportunity to future-proof them to our needs. With the weakened state these spaces are in, designers could come in and not only help them stay open by using them, but also improve the spaces with their input, crafting them into what they themselves specifically desire.

"But how?" The answer is actually quite easy. All it takes is a group of people to band together and pool their collective resources to get a space up and running, and frankly where your makerspace is situated is not as important as how much demand you can generate for it. The principles for creating a makerspace are so well documented at this point that very little unique work would need to be done to make it happen. Imagine then, if we could reignite that brief and wonderful moment in time and make it last? What would that look like? Can we design a future of affordable, desirable space to work and collaborate together, or are we going to resign ourselves to a future of home offices and dependency on others to deliver on our ideas?

Why are Makerspaces Dying? Can Designers Bring them Back to Life?