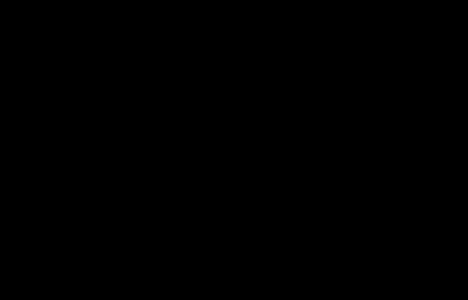 Researchers at Rice University in Houston has created a material they claim is the darkest material on Earth. The substance, comprised of carbon tubes standing on end, absorbs more than 99.9 percent of light and is nearly "30 times darker than a carbon substance used by the U.S. National Institute of Standards and Technology as the current benchmark of blackness."

Aside from attempting to legitimize a new Guinness World Record, the research team is exploring the possibility of using the material for infrared detection, astronomical observation, and solar energy conversion (which would give new meaning to the phrase "black power").

It is composed of carbon nano-tubes, tiny tubes of tightly rolled carbon that are 400 hundred times smaller than the diameter of a strand of hair. The carbon helps absorb some of the light.

These tubes are standing on end, much like a patch of grass. This arrangement traps light in the tiny gaps between the "blades."

The researchers have also made the surface of this carbon nano-tube carpet irregular and rough to cut down on reflectivity.

"Such a nano-tube array not only reflects light weakly, but also absorbs light strongly," said Shawn-Yu Lin, a professor of physics at Rensselaer, who helped make the substance.

The researchers have tested the material on visible light only. Now they want to see how it fares against infrared and ultraviolet light, and other wavelengths such as radiation used in communications systems.