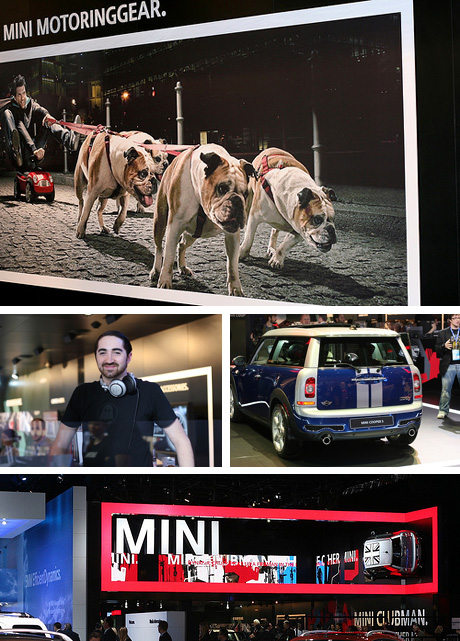 Mini's sweet little two and three half door Clubman model made its Detroit debut this week, but the real draw to the booth was the electro and techno coming from Ghostly International/Spectral Sound DJs Sam Valenti IV (pictured above), Ryan Elliott and Kate Simko. Mini knows what's cool.