Rapt Studio—the interdisciplinary firm known for designing the office spaces of some of the world's biggest brands, from HBO to Dropbox—makes their Salone debut with "Tell Me More," an immersive two-part installation at Ventura Centrale.

The installation guides visitors through two spaces, an "arrival chamber" (which looks more inviting than it sounds) and a lounge area. The first offers a moment of introspective reflection, which is then followed by a collective gathering. The experience is intended to elicit the "the emotion of arriving as individuals and leaving as part of something larger." 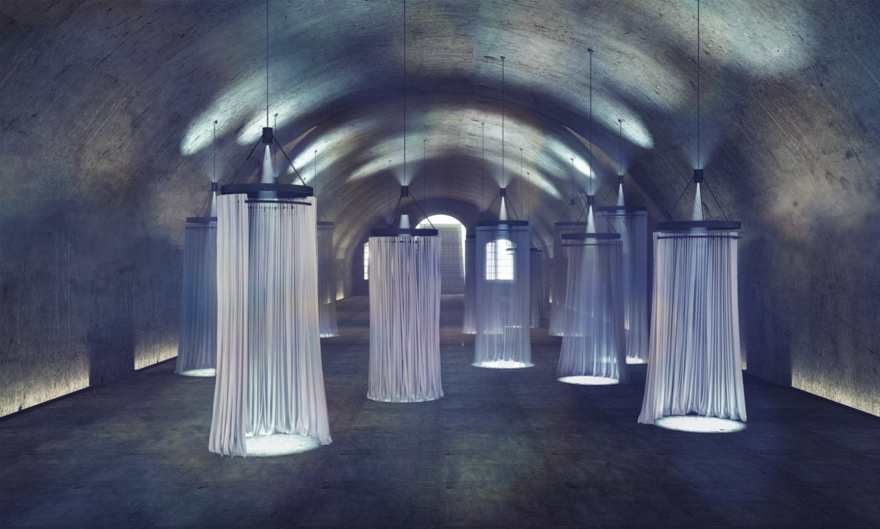 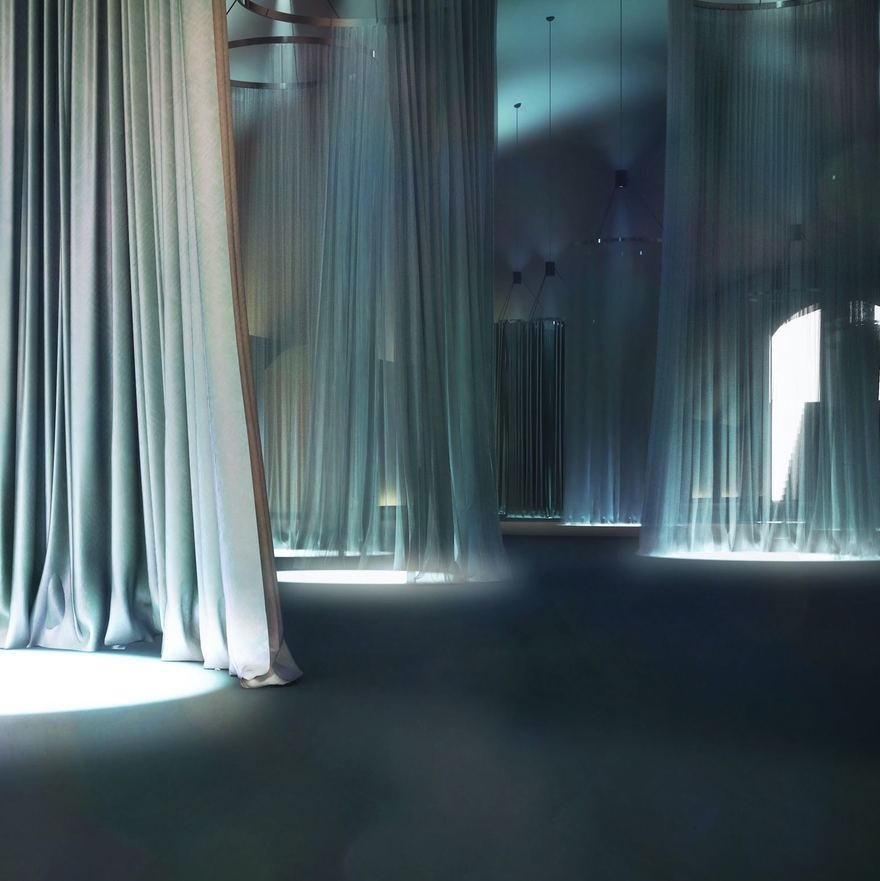 Visitors first enter the "arrival chamber"—a cool-toned, ethereal setting within the vaults of Milan's Central Station—where they step inside one of a series of circular, drapery-clad "stages or personal theaters," as the designers refer to them. Once inside, visitors will be asked to contemplate a question posed by the person who was last there. After taking a moment to reflect, visitors will leave behind a question of their own before stepping into the next phase of the experience. 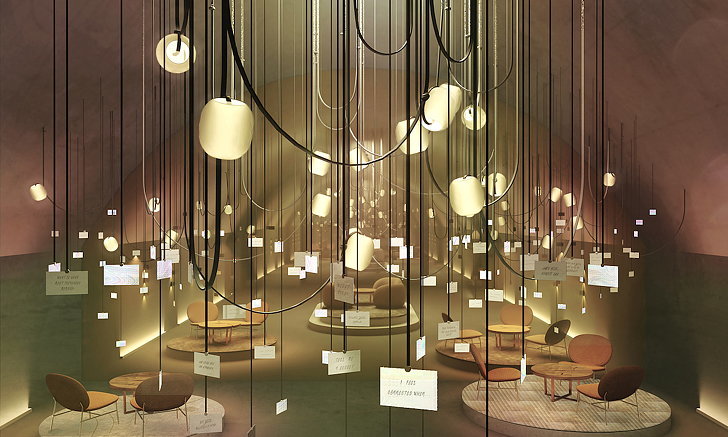 Next, a wall of mirrors leads into a warm lounge space with various seating clusters. The change of color signals a change of mood—from the reflective blue to an inviting amber. Threads hanging from the ceiling are attached to cards containing more questions and conversation starters, all designed to spur connections between strangers.

"We envision 'Tell Me More' as a living embodiment of human interaction," says Rapt Studio's CEO and Chief Creative Officer, David Galullo. "An exercise in placemaking built on and celebrating connection and conversation. A place for storytelling, with a memory all its own."

For its third edition, Ventura Centrale once again takes over the massive industrial vaults of Milan's Central Station. Building on past success, the show will expand this year to include sixteen exhibitors.