The first drone Edwin Van Ruymbeke ever flew made him nervous. He was afraid he'd crash and break it; he worried it might hit someone; and he didn't like the idea of a skyline littered with the dystopian-looking propellered devices.

These days he's designing a very different take on the aerial gadgets. As an aeronautical engineer and the inheritor of a family business that makes mechanical flying bird toys, Van Ruymbeke is uniquely positioned to explore bird and insect-inspired biomimetic drones. His latest, the MetaFly, is live on Kickstarter now. 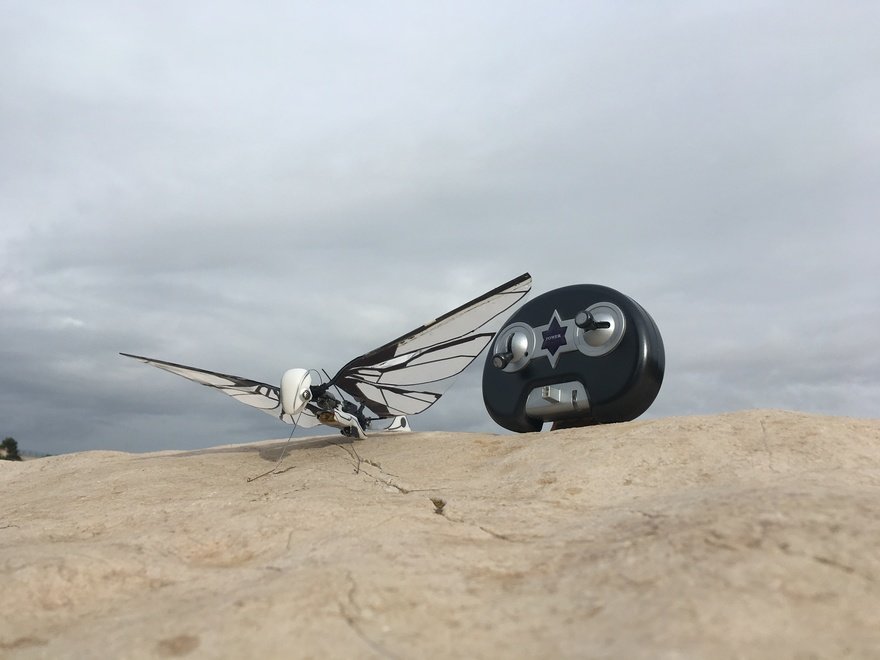 MetaFly is a remote-controlled, insect-like drone.

The next generation of flight started with a family business

Some of Van Ruymbeke's earliest memories involve flying. "I was very young when my father and my grandfather created the Tim Bird," a rubber band-powered toy that was popular in the '70s and is still in production today. "My brother and I would test it in the park—I have very good memories of this time," Van Ruymbeke says. 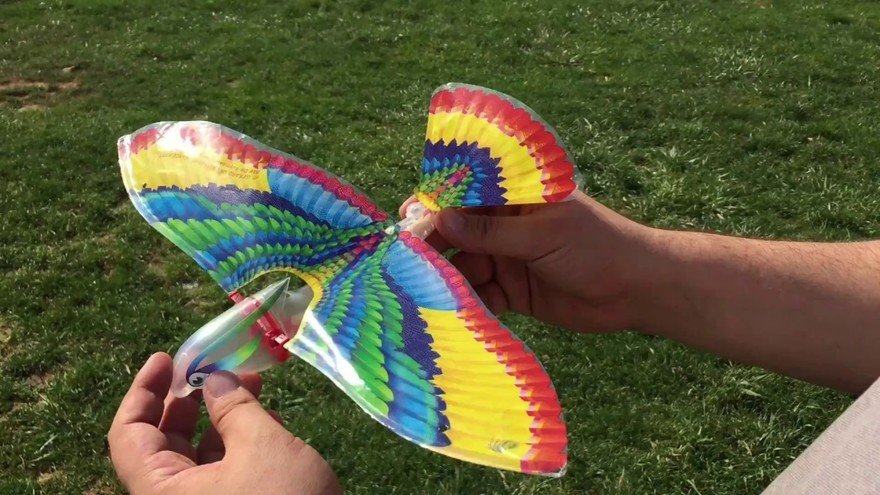 The family business made the Tim Bird, a toy that got Van Ruymbeke thinking about more advanced flight technology.

But inventive minds run in the family, and Van Ruymbeke imagined how he might reengineer the toy to do more. "It could only fly a few seconds before it would glide down, and you couldn't really control it," he says. "So I was always thinking of how to make a bird I could control, even if this was not possible at the time, because the motors and batteries available then were much too heavy."

Van Ruymbeke studied math, physics, and aeronautical engineering at university, and after graduating he got a job at a large corporation. Six months in, he realized that was a big mistake. "I liked the way my father and grandfather ran their small business; everybody had to do everything, and you had to learn how to make prototypes and work the machines yourself. You had to know how to do practical things, and I was fond of that."

So he returned to the family toy factory, where he got to practice end-to-end production—a foundational skill set that would eventually help him move on to more ambitious inventions. "In a big factory, some people are in charge of this, some people are in charge of that, and workers will help you. But I had to learn everything. And that was very good because when I started my own company to manufacture drones, I knew how to assign projects to factories in China, and understood the common problems that arise."

After learning the ins and outs of his family's factory, he saw that his ambitious ideas for a truly maneuverable bird toy would require him to set up a different kind of factory and a different kind of company—the new technology available for drones can't be made on equipment for toys. He founded XTIM in 2010, and started working on the next generation of flying devices.

XTIM's first product was the Bionic Bird, a small rechargeable drone with birdlike movements that won the attention of Wired, BBC News, and Forbes, among others. Its elastic foam body and carbon fiber flapping wings made it light and strong enough to sustain crashes, and a simple app controlled its flight.

The plans he's outlined for the MetaFly continue to advance that technology in a more insect-inspired form factor. Its wide wingspan and low weight give it better gliding ability, and its adjustable tail helps it make smooth turns.

"Most other drones use propellers; they're all the same, and advances are just improved electronics on the inside. These kinds of drones are dangerous if they fall and hit people, they are noisy, and they are not nice to look at—I call them 'visual pollution,'" he says. "Imagine a world where there are thousands of drones above your head, carrying parcels or who knows what, all these machines flying around."

His products take more cues from nature, and he points out that though his ideas might still be rare in drone design, robotics companies like Boston Dynamics are building robots with legs instead of wheels "because you can't make the whole Earth flat for them. Robots need to adapt to nature."

The MetaFly is nimble (and crash-proof) enough to fly indoors.

Van Ruymbeke's technology isn't fully evolved yet. The MetaFly is just for entertainment right now, but the technology is an important step toward reshaping drone delivery, video capture, and more. "This technology will continue to develop," he says. "We are still a very small company, so we have to go step by step. But we're one of the very few companies studying biomimicry for flight, so we're getting inquiries from potential partners who want to work with us. Eventually, we will be able to apply this type of design to drones that do more useful things."

MetaFly is live on Kickstarter through May 2, 2019.