When wandering through the dense halls of Salone del Mobile, we found great refuge in Vitra's bright, colorful booth amongst a sea of gray and black walls. This year, Vitra's space was divided into four rooms, each themed around a different personality type. One of the standout pieces was a massive ceramic vase with abstract shapes neatly attached to it, designed by none other than the Bouroullec Brothers, Ronan and Erwan Bouroullec. The Bouroullecs have been working on quite a bit of projects lately, these ceramic vases for Vitra, aptly called Vases Découpage, to a "noise-cancelling" fountain in Paris. While they may differ in medium, each project the design duo works on maintains one common thread—experimentation. 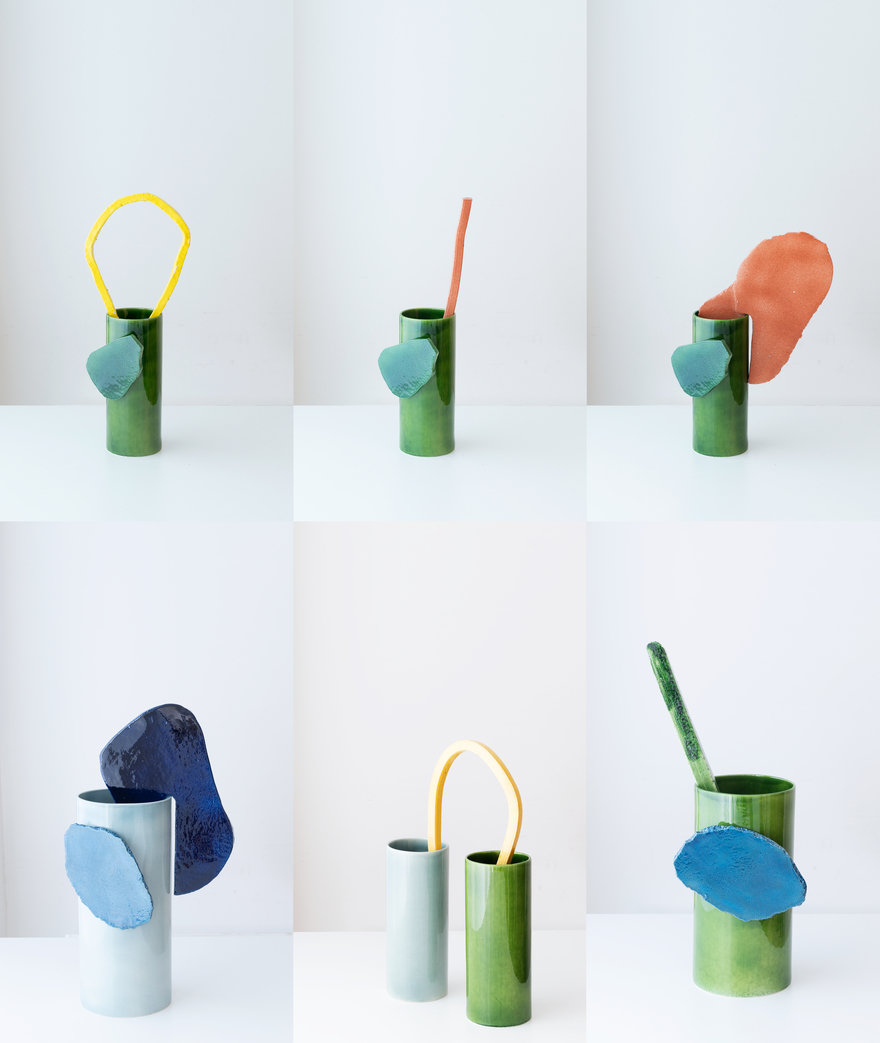 In this case, the experimental process used to design Vases Découpage has led to a manufacturing adventure that speaks to the industry's recent fascination with mass produced items that appear to be handmade. We sat down with Ronan Bouroullec at Vitra's Salone del Mobile booth to learn more about Vases Découpage and to hear about what else he and Erwan have been up to lately:

How did Vases Découpage for Vitra fit in with the other work you have going on now? They actually remind me of the drawings you've been working on, but they feel more artistic than many projects you and Erwan do together...

Yeah, we're in a period of working on very heavy projects. We recently launched a new fountain of the Champs-Elysées in Paris, and we are working on another intense project that can take years and years to develop. But I'm someone that needs to create things and express myself in different ways every day, from craft to industry projects, from public projects to my own work. I'm fascinated by the possibility of expression—that's probably why I draw every day.

"I'm an older designer now, a specialist in a way, and I hate that. People have started to call us masters, but I don't want to be a master. I like to keep working on new types of projects and learning new processes ."

So, during this heavy period of projects, I worked with a ceramist to create these objects that speak to a certain energy, a certain vibrancy. I didn't notice it before, but now the overlap with my drawings is very clear. I'm more and more concerned about the simplistic world in which we are living. This project has become research for me because now I'm trying to figure out how these handmade objects can be manufactured and reproduced in a larger quantity. We need to figure out how to translate our process. I don't like this world, but it's just the facts of manufacturing.

So are the vases presented here [at Salone del Mobile] handmade or made by machine?

I made the ones here by hand with my assistant. They are cast. The ceramist prepared a big sheet for us, then we cut most of the shapes physically. All of the branches are extruded by machine. So, we just cut them in a very quick, quick way. The next step is finding the right people to manufacture them. 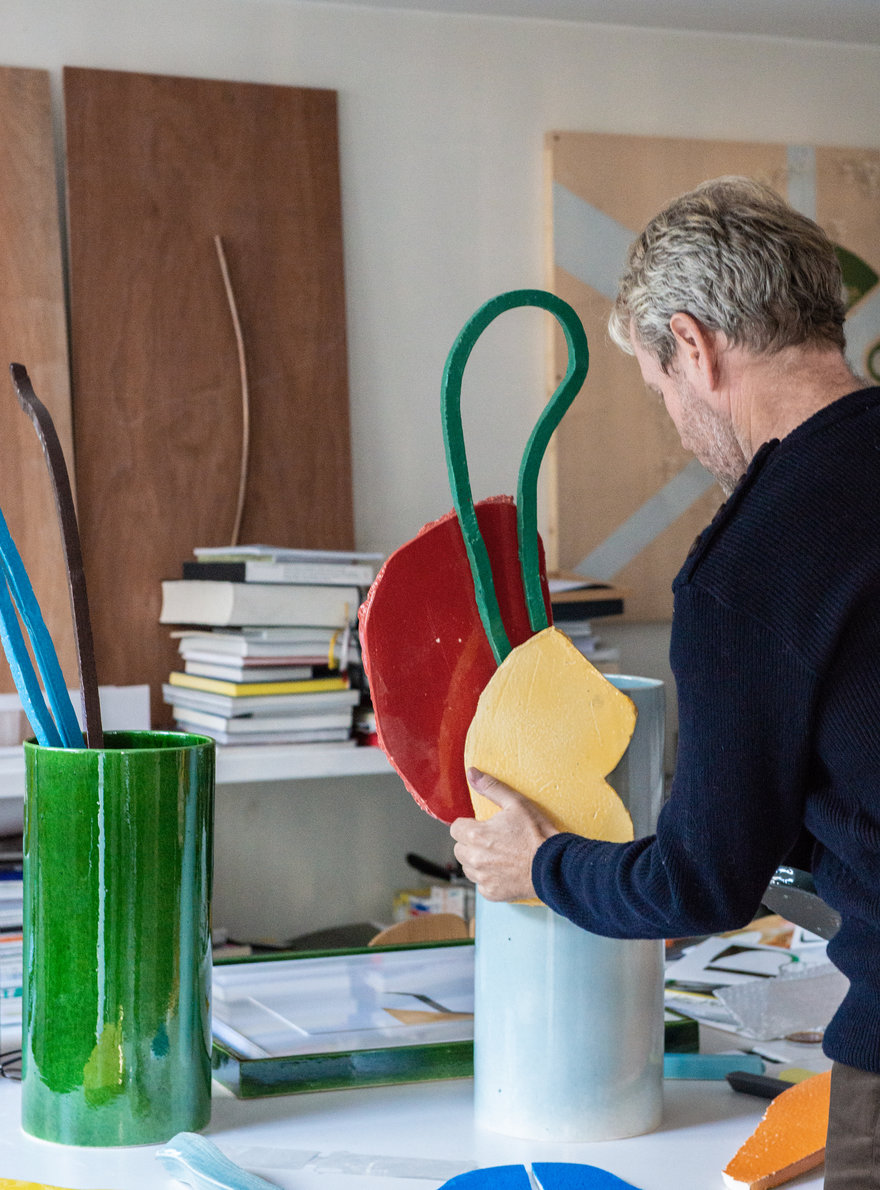 You and Erwan started experimenting with urban design for the first time relatively recently—some of your ideas were exhibited at the Vitra Design Museum. What sparked your interest in branching out to such a big scale?

After almost 30 years of work (I did my first exhibition when was I was 18, and I am 48), I am frustrated by the fact that our work is dedicated to a very small group of people. I had a sort of big shift, and now to make things on a larger scale and to sell our work to a larger group of people is something important to me. 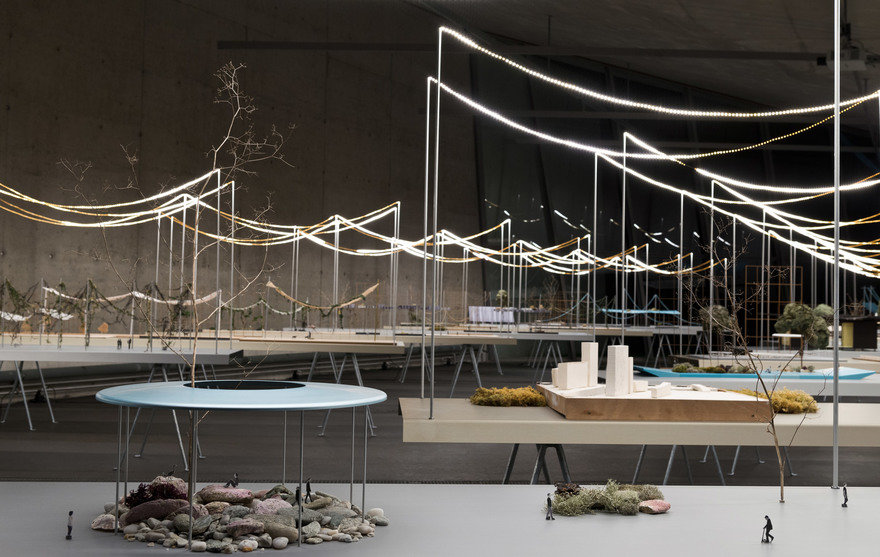 I'm also lucky enough to travel often, and when I look at cities now, I think urbanism is very often a question of functionality—figuring out how to move quickly from one a point to another and other similar functional aspects. But if we look at the beautiful cities of the 17th and 18th centuries—Sicily, Venice, certain part of Paris and Asia—the charm of the cities are linked to the quality of the streets, not just on a functional level but by the nature woven into them. Trees, benches, fountains are what provide charm and a certain harmony. I think all cities need that. We need to reconsider what gives centrality to a city, what gives pleasure, what gives opportunity marvelous situations.

On that note, you just debuted Les Fontaines des Champs-Elysées in Paris with Swarovski. How did you incorporate some of the ideas you just mentioned into this project?

Our goal with Les Fontaines des Champs-Elysées was to cover the sounds of traffic. So, a fountain is basically water falling, and that action makes a certain sound, but it produces even more sound when it's a cone. During the night, the shape is illuminated like a chandelier. It also turns like a ballerina. So now for the people walking around this area, the slow movement of the fountain and the sound of water really calms the sound of the cars. And then at the night, the joy of seeing such big structures turning is really cool. 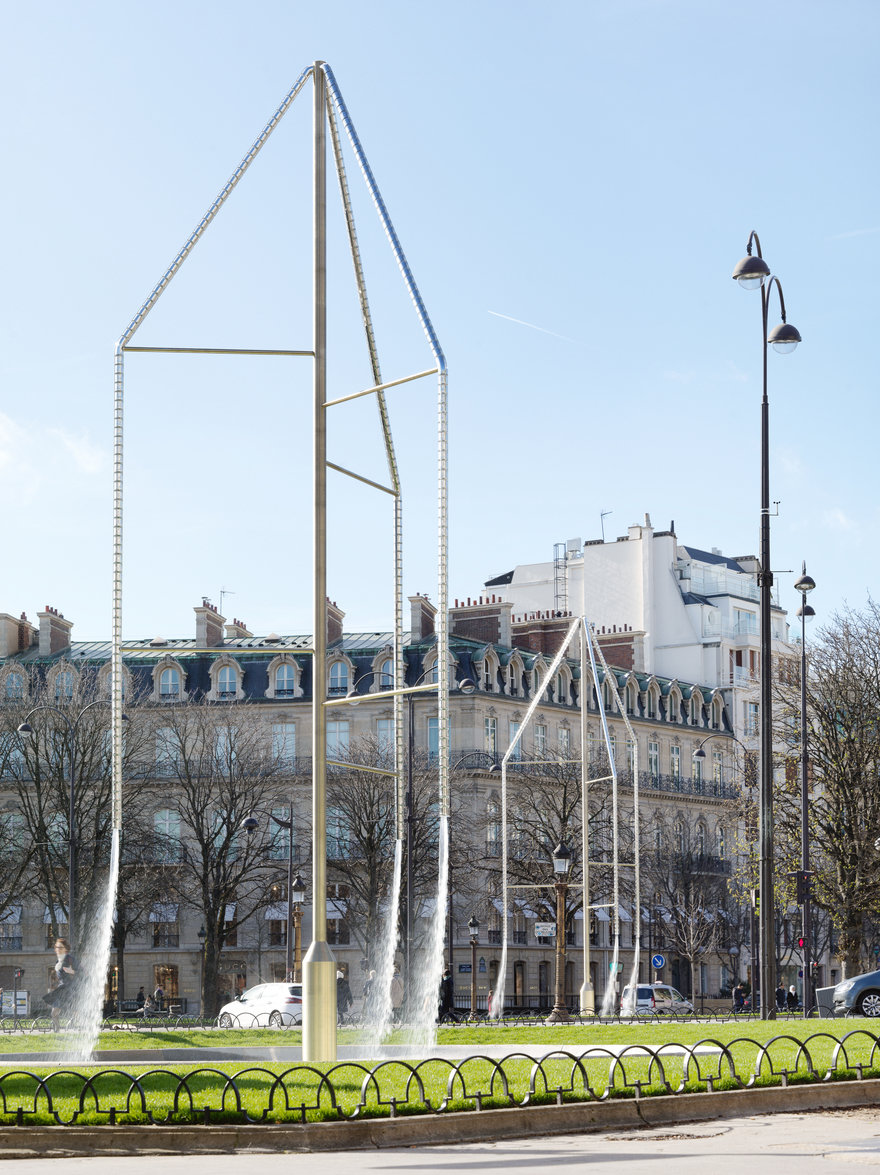 During the day it's like a chameleon because under the crystals there is a mirror. So, when Paris is very gray and melancholic, the fountain is a bit melancholic too because it reflects the gray. But, when there is a sun, there is a sparkling effect that happens. It's like a surprise or a gift, and the movement is part of it. The goal was that you walk in, and it's like someone is moving with you.

Was it fun to play around with that type of reactive design?

Yeah, our goal was to be very delicate. It was just meant to serve its environment and not to be too strong. When the basin for the fountain was first designed in the mid-19th century, it was very symmetrical and extremely well positioned. But then came decay, the busy roads, the cars and all of the shops—it became very chaotic. So our goal was to find a new harmony in this particular place. We wanted to play off of the symmetry of the basin by making the structures vertical. We are also building a new belvedere on the river in the west of France, which will turn with the wind. I think it will be very, very romantic.

For me, design is considering everything that didn't grow by itself on this planet. So, your table, iPhone, this sugar packet [on this table]—it is all design. There are so many aspects of design that I am fascinated with. We are lucky to be invited to design and solve problems in different areas. I don't like to repeat myself, which means that we need to be in front of many different types of projects.

What is something that you've always wanted to work on that you haven't had a chance to yet?

I'm an older designer now, a specialist in a way, and I hate that. People have started to call us masters, but I don't want to be a master. I like to keep working on new types of projects and learning new processes. So, I would be very happy to design a whole park in a city. Maybe one day...