Many designers are starting to experiment with sketching in VR, from independent designers to large companies like Ford. While the process is often considered intuitive, one of the main challenges designers face is a desire to mix 2D sketching with VR sketching, so that they aren't constrained by the learning curve of VR. The popular VR sketching program Gravity Sketch's recently released update allows the use of a Wacom Tablet companion, which takes steps towards bridging this often frustrating gap between 2D and 3D workflows. Key aspects like a surface tool to jump between tablet and VR, instant prefab and a GRS importer aim to help improve workflow and make designers jobs as easy as possible. 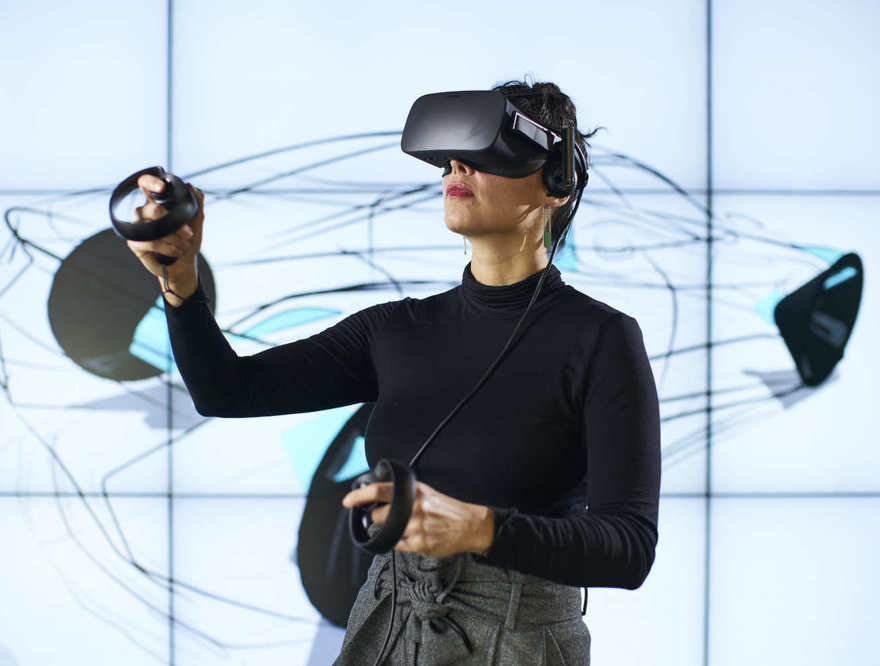 We spoke to Gravity Sketch Founder & CEO Oluwaseyi Sosanya about switching from 2D to 3D during the design process and the future of VR in the workplace:

What are some of the benefits of being able to switch back and forth from 2D to 3D sketching?

Users can start off on a Wacom tablet to leverage their 2D sketching skills, and they can then move into VR when they are ready to start exploring the forms and volumes at scale. At any time, they are able to jump back to their screen to make adjustments and touch-ups. With this new update, users can continue to leverage the more traditional sketching skills they have developed over their career instead of jumping straight into VR.

Can you describe what the setup would be like for designers using the Wacom Tablet with Gravity Sketch?

The current setup is a VR headset, a VR compatible computer with a 1070 Nvidia GPU or higher, and a Wacom device or your mouse. Think of Gravity Sketch as a design tool, not a VR design tool; in whatever hardware, the experience will be the same (though of course there will be some UX differences between a tablet and VR). The file format is the same and the current toolsets are supported. 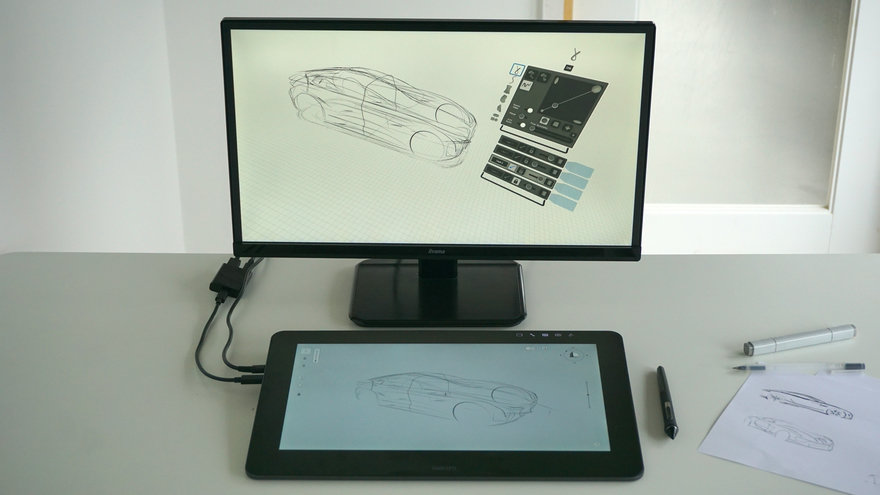 Designers typically import/export from other 3D modeling software into Gravity Sketch. Now can they can stay within the program for the whole process?

There is still some file interchange from surrounding software like CAD to/from Gravity Sketch via the variety of file export/import formats we support. The goal with this development was to provide a method for designers to transition from 2D sketching into 3D without compromising the integrity and ambiguity of their sketch.

"All of the studios we have visited have been very excited about the technology—in fact, many of them were already using VR for Design Visualization. But the challenge that we face again and again is the issue of access."

In some cases, designers will trace their pen-and-paper sketch in a computer program using the mouse as a means to move into digital 3D and progress the design. Often in this process, the sketch loses character and emotion due to the constraints of the software used. With our 2D input mode using a Wacom tablet, each stroke is technically a piece of 3D geometry that can be manipulated and edited in 3D space. Designers can stay in Gravity Sketch from the 2D ideation phase all the way through to the early digital 3D model stage.

What were the main challenges in adding this feature?

We had to think of the full user experience when implementing this feature. Both the VR and 2D environments are running in real time, so we had to find a way to represent the 2D Wacom screen space in VR so that the user will not get lost when putting on and taking off the headset. With sketching, we had to tune our geometry engine to match the feeling of sketching in a standard 2D software. We also wanted to make the hotkeys translate over so people who have great Adobe Illustrator skills can seamlessly transition to Gravity Sketch. 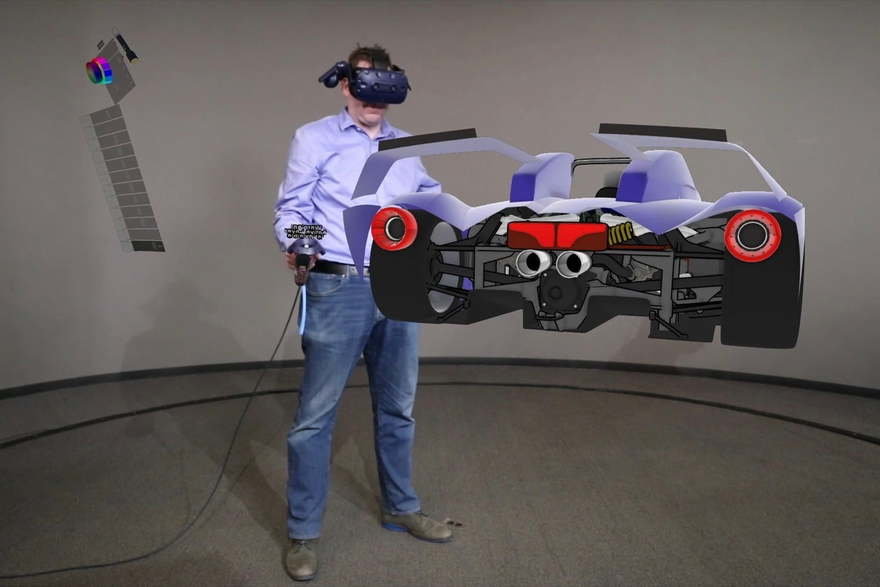 The Ford and Gravity Sketch collaboration

We worked closely with Wacom to optimize the pen interactions and behaviors so that it feels as natural as every other sketching experience but also has extra features for 3D navigation. The idea was to pack as much functionality into the pen as possible so there would be very little keyboard interactions needed.

What have been the major successes and obstacles for Gravity Sketch over the last couple of years?

Our greatest successes have been through our customers. We have been working with automotive companies like Ford to help design teams transition between 2D to digital 3D. All of the studios we have visited have been very excited about the technology—in fact, many of them were already using VR for Design Visualization. But the challenge that we face again and again is the issue of access. In many of the design studios we visited, VR was sort of an IT/innovation team initiative. "Come check out our VR room" we were often told, which usually led us to an empty dark room with a single computer, no atmosphere, and too much AC. In all honesty, it is the last place a designer would want to design. Even for designers excited about the possibility of 3D sketching, many didn't want to leave their desks to spend a couple of hours in a strange room far away from their lively inspiration-filled design studio. 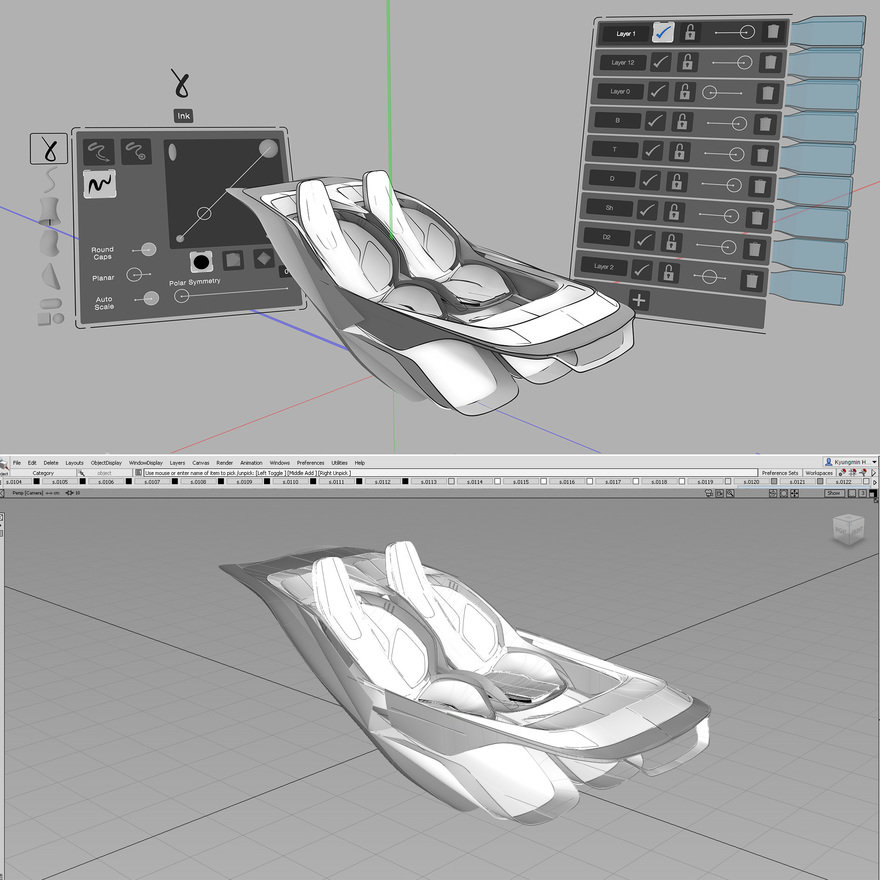 We started sharing images of our studio, where everyone has an Oculus Rift or HTC Vive headset at their desk functioning as a third monitor. We're now working closely with customers to help set up their design studios with 'VR at the Desk'. This will be a game changer as designers can hop between VR and 2D at any given stage of the design process. It also makes sense because the things they are designing are 3D by nature, so why not design, evaluate, and iterate in 3D at each stage of the process?

Do you or your company use VR during the design process? We're curious to hear how you use this technology and what you believe the future of it will be. Let us know in the comments.