In an era defined by problems caused by humans, architects Claudia Pasquero and Marco Poletto of London-based firm ecoLogicStudio think we should be looking at biological intelligence to develop solutions for our future. One of their projects, called Photo.Synth.Etica, is an urban-scale "biocurtain" that uses microalgae and the process of photosynthesis to capture carbon dioxide from polluted air.

"There is untapped value in bringing the bio-intelligence of natural systems into cities, turning buildings into living machines that produce energy, store CO2 and clean the air. To achieve that we need to think about the living world as a part of the current digital revolution, so nature becomes part of a new bio-smart infrastructure." 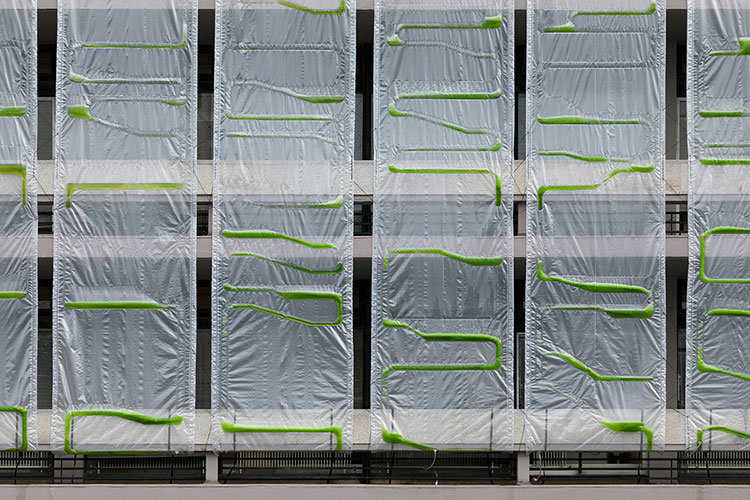 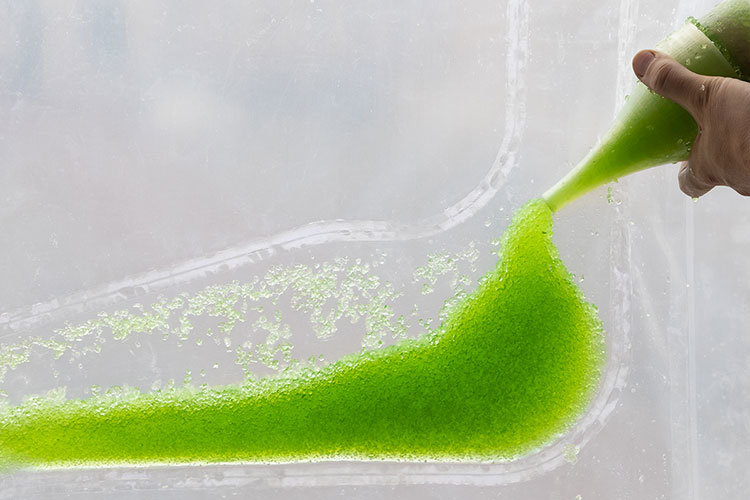 The curtain is composed of long panels, each made up of two layers of bioplastic sheets that contain built-in channels filled with algae in a biogel medium. Dirty air enters at the bottom and passes through the toxin-eating algae before being released as fresh oxygen at the top. The curving channels are designed to optimize flow and they can be altered across the facade to increase the density of algae. At night, the cultures release luminescence.

A full-scale installation during Dublin's Climate Innovation Summit last year captured about one kilogram of CO2 from the air each day—about as much as 20 large trees. 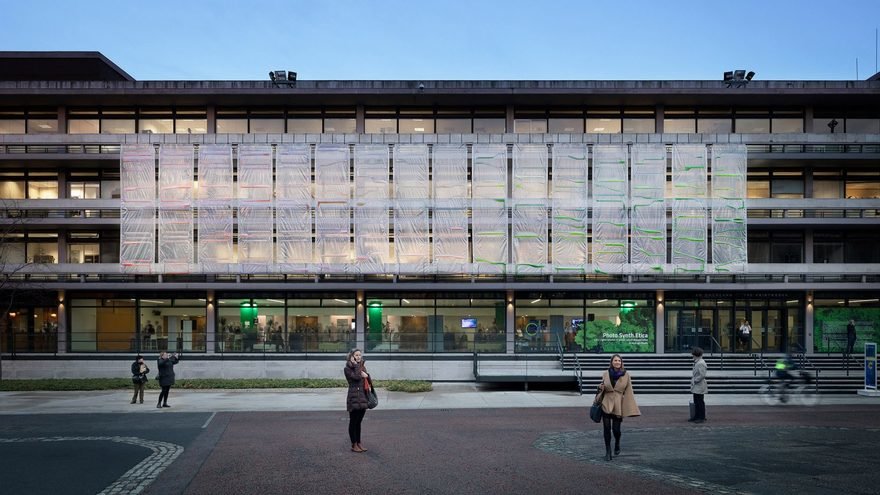 The designers see the lightweight curtains as being integrated into new and existing buildings, with the long-term goal of creating "a new kind of urban symbiosis." With the first prototypes ready later this year, the duo has been working on production and distribution. "A more affordable version is in development that will target the large distribution and warehouse market," Pasquero recently told Wired. "The aim is to cover the large surfaces of malls, distribution hubs, data centers, and other large 'shed' typologies."

"We are searching for early adopters who are willing to test the system on their buildings and plan to have four or five facades up and running by early 2020," Poletto added.

Will people embrace cladding their buildings with these aesthetically-polarizing curtains? That remains to be seen. But they do present an interesting opportunity to inject a new kind of greenery into our urban spaces and a way to offset some of our emissions—albeit not an alternative to the larger societal changes that need to be made.