Experience a "cloud" of Akari ceiling lamps at Totokaelo during NYCxDesign

If you missed the latest blockbuster show at the Noguchi Museum in Queens, Akari: Sculpture by Other Means, you now have another chance to experience the artist's popular Akari light sculptures as part of an installation at Totokaelo's New York store during NYCxDesign. A "cloud" made up of 20 to 25 of Noguchi's A, D, and F ceiling lamps was re-installed in the clothing retailer's outpost at 61 Crosby Street and will be on view through May 22. "Imagine that the cloud wafted apart, and a little puffy chunk of it blows over to lower Manhattan," Dakin Hart, senior curator at the Noguchi Museum recently told GRAY Magazine, who partnered with Totokaelo and the museum to bring the installation to life.

Noguchi made his first Akari—meaning "light" in Japanese—lamp in 1951. During a trip to the small town of Gifu City, which was still devastated after the war, Noguchi met with the city's mayor who asked him to help bring the local lantern industry back to life by creating a modern lamp using washi paper (made from the inner bark of mulberry trees) and bamboo. Inspired by the lanterns used for night fishing on the Nagara River, Noguchi worked with local firm Ozeki & Co.—who still produce all the Akari lamps that are made today—to make a version of the traditional paper lantern powered by electricity. 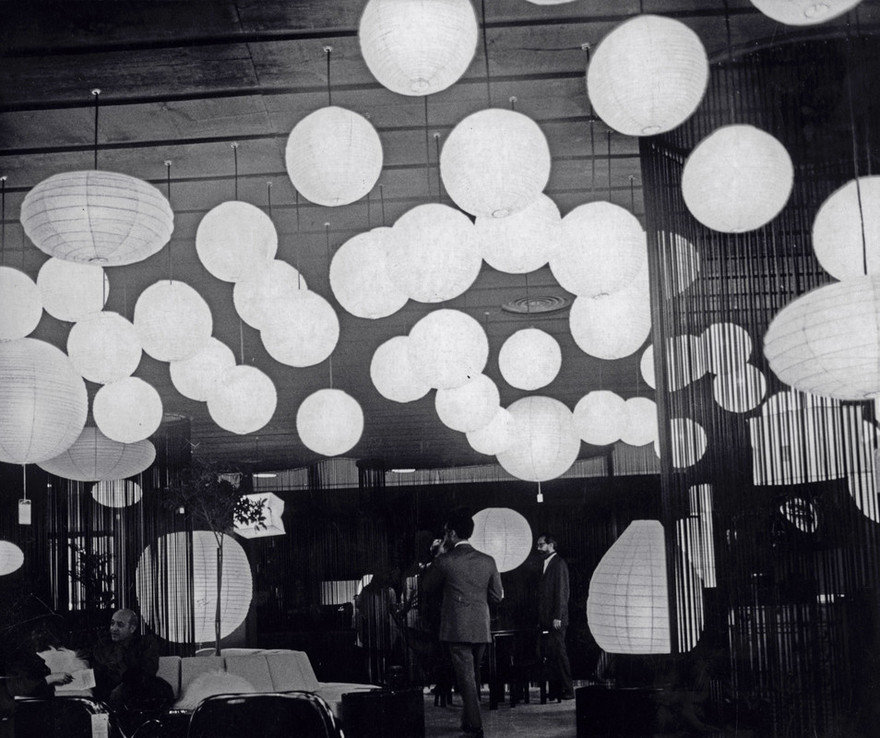 He continued to riff on the form for the rest of his life, creating some 200 Akari models, ranging from the ubiquitous desktop lamps to an eight-foot-tall lantern that one could walk into. Though he couldn't patent the shade because it was too similar to the traditional Japanese lanterns, he patented every detail of the Akari he could, including his base and frame designs, and held five American and 31 Japanese patents. According to Hart, IKEA once approached Noguchi to license his Akari designs, and even though the artist refused it's clear that his influence made its way into IKEA's paper lamps, as well as countless others.

The Akari installation will be on view at Totokaelo, 61 Crosby Street, from May 10-22. Dakin Hart and GRAY Magazine's Editorial Director Tiffany Jow will be in conversation about the work on Saturday, May 18 from 5 p.m. to 7 p.m.