While there's a lot of public discourse about where plastics go, not much attention is typically paid to where they come from. For interdisciplinary designer Charlotte McCurdy, who began researching the chemical processes of material production during her graduate studies at RISD, our focus on waste reduction and biodegradability is more of a "band-aid solution" that misses the larger connection between common plastics and climate change.

Most plastics today are made from fossil fuels, which are formed from the carbon-rich remains of prehistoric marine plants and algae that thrived on "ancient sunlight," as McCurdy puts it. Thinking about these materials as ancient sunlight raised a question for McCurdy: What would happen if we made them out of "present-tense sunlight"? 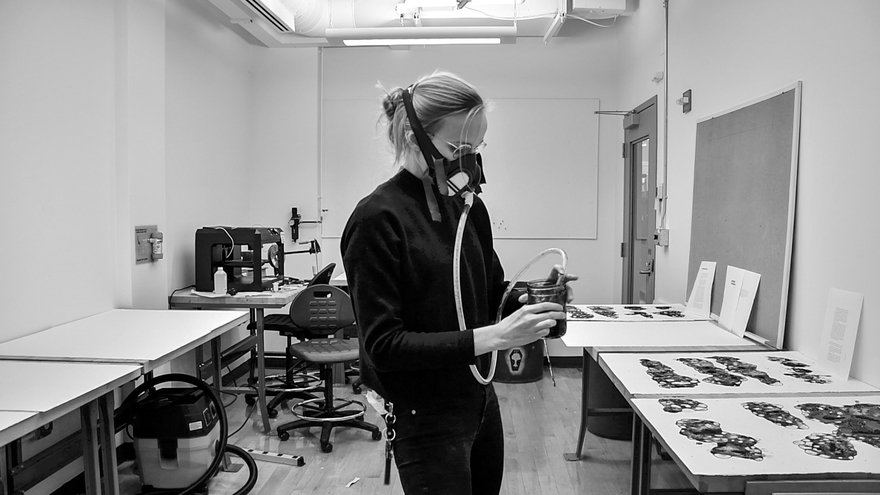 "If our materials were the product of photosynthesis happening now, not only could we reduce our dependence on ancient carbon, we could store our current carbon in our materials," she explains. "We have guilt about consumption. We've told each other that the moral thing to do is to reduce our consumption. Well, how's that going?" Instead of the endless guilt trips, McCurdy sees a better path forward through the development of materials that are actively helping combat climate change by metabolizing atmospheric carbon, such as plant matter.

"I envision a future where the buildings that shelter us and the shirts on our backs have a desirable impact on the concentration of carbon in the atmosphere and where individuals have re-engaged with the issue of climate change because they can touch it." 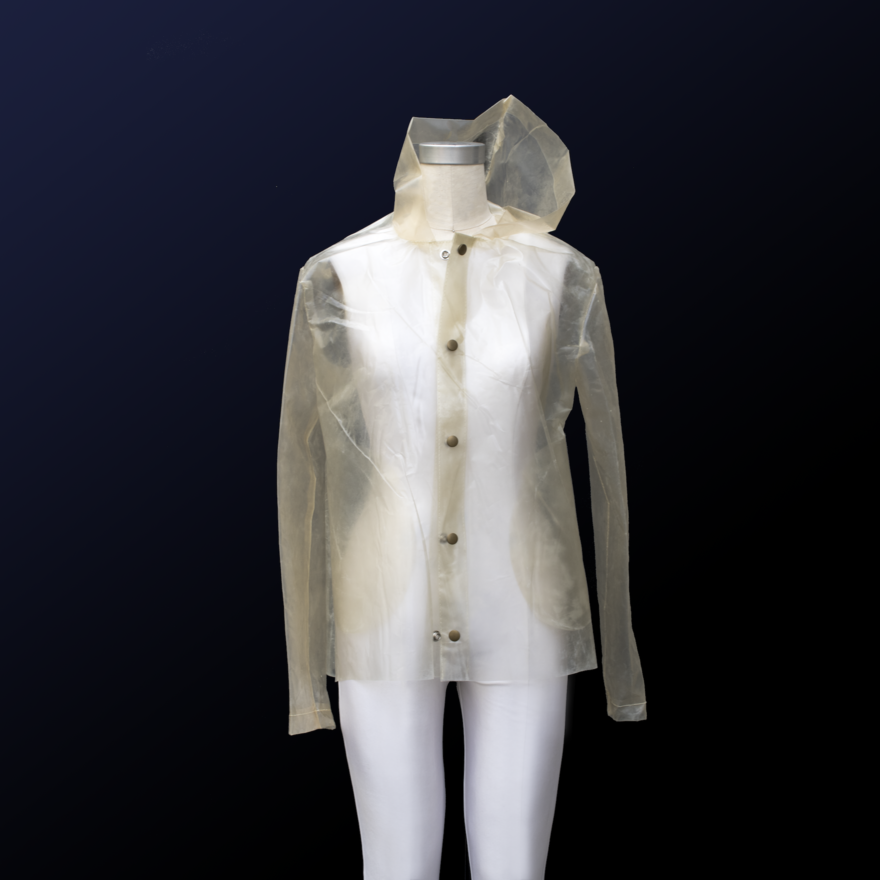 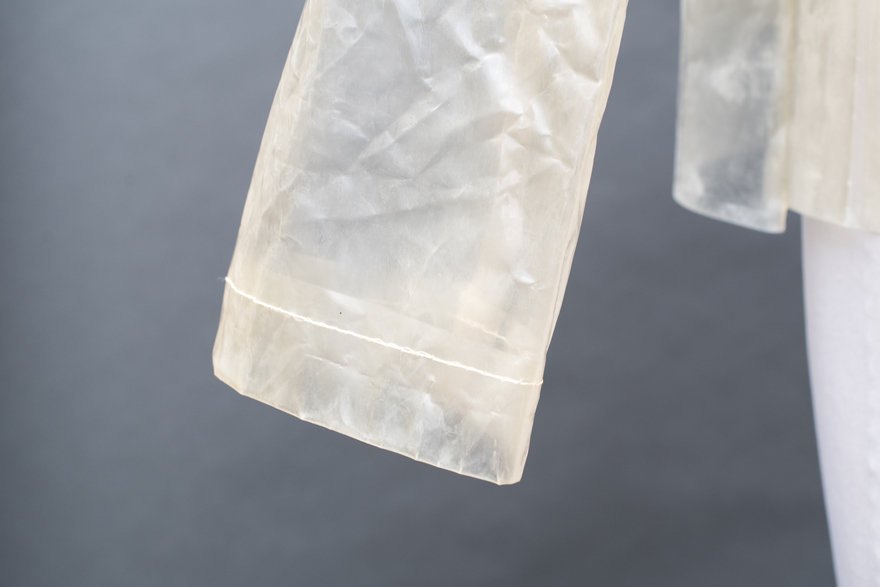 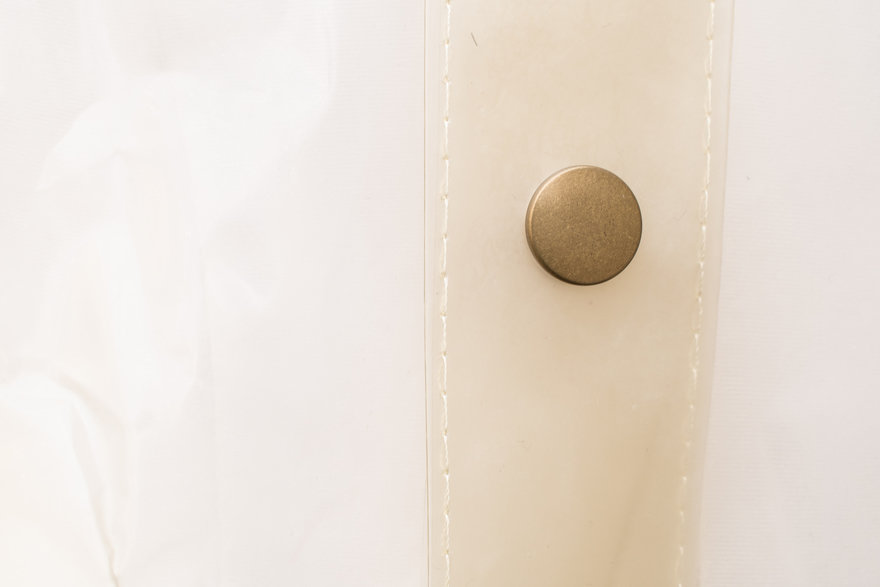 Her first experiments led her to develop a carbon-negative, algae-based plastic, which she was able to use to create a functional, ethereal raincoat that is now on display during Nature—the Cooper Hewitt Design Triennial. McCurdy's work draws on cutting-edge breakthroughs that are happening in the fields of biotechnology and catalytic chemistry, and as such much of her development process remains difficult to access. For the next part of her project, McCurdy, now a member of NEW INC, will be working on a book that sheds light on these breakthroughs and the companies and people who are innovating in the carbon-negative space.

"Last year solar electricity crossed the threshold of being cost competitive with conventional fuels after 60 years of research and development. We are at the very beginning of an analogous journey for materials innovation, but need the same kind of values-driven public support that buoyed solar to get these technologies to scale," she explains. "We're on the edge of a revolution but we don't yet have the vocabulary for it."

"After Ancient Sunlight" is on view as part of "Nature—Cooper Hewitt Design Triennial" through January 20, 2020.