It was back in 2012 that design and technology luminaries Berg released Little Printer onto the world—the charming, connected mini-printer that could do all manner of useful and/or whimsical things from receiving messages and ticker-tape news updates, to churning our your daily agenda and bringing your digital to-do list into the physical realm. Somewhat ahead of its time, the trailblazing IoT device was met with much adulation from the creative and technophile communities—no trend report or mood board at the time being complete without it.

When Berg sadly shut up shop in 2014, and the lights went off on their cloud servers, Little Printers across the globe simply ground to a halt. Ever since the little guys have mostly sat idle, forgotten in drawers or retired to lives as ornaments, their stoic smiles and neatly parted fringe undoubtedly masking the pain of their untimely obsolescence.

Five years on, however, there is good news for Little Printers (and their owners) everywhere. A group of talented Litter Printer enthusiasts have apparently been collaborating for years to rebuild the server under an open-source license. With both the products cloud bridge hacked and the server-side software created by the open source community, London-based design invention studio Nord Projects have brought all the hard work together by rebuilding the user experience—bring the little fellas back to life with a new user-friendly platform along with slick supporting app.

Whilst being true to much of the design stylings of the original and rebuilding most of the classic features, Nord Projects seem to have refreshed the look and added in some fun little updates including a free-hand doodle feature and the ability to use iOS Share sheets. 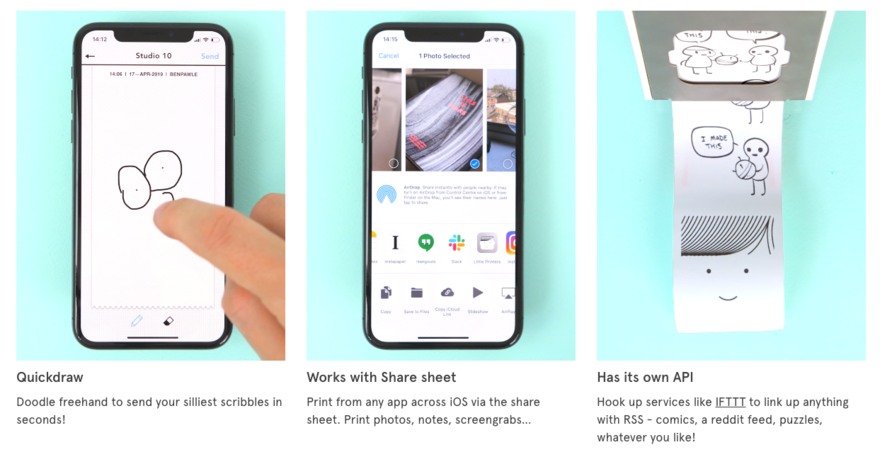 Perhaps most notably, Nord Projects' new platform suggests a new sharing model that will make any resuscitated Little Printers instantly more sociable than their former selves. By giving each Little Printer a new 'device key'—a unique URL that grants access to message a specific printer—device owners can now invite contacts to send them all sorts of printed nonsense. You can also print out a QR code to give visiting guests instant access. For those concerned that this new system sounds like it could leave your precious Little Printer open to abuse, the system cleverly allows for an unlimited number of device keys and the ability to revoke a key (if it has spread to those it was not intended for, for example) at any time. 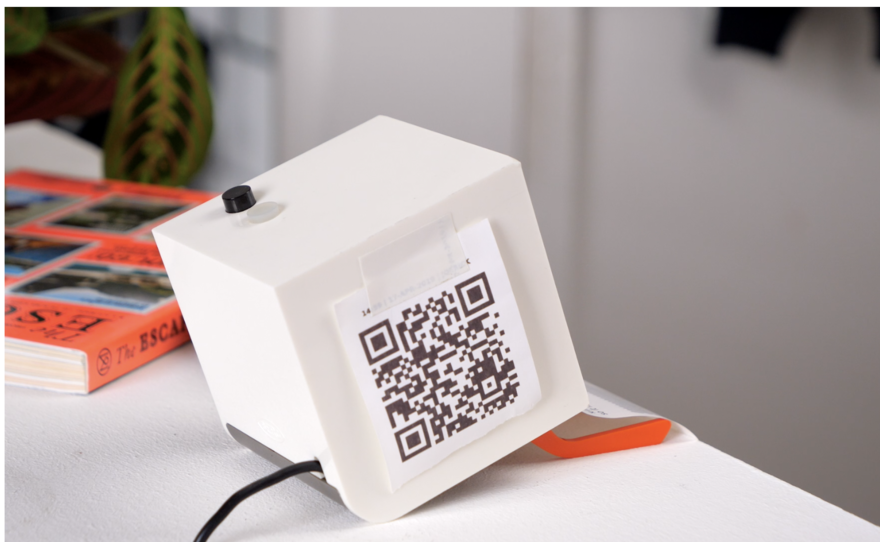 On top of being a fun little project that Little Printer owners might appreciate, the death and subsequent resurrection of Little Printers tells an interesting tale about the state of connected products. In an article accompanying the launch of their new platform Nord Projects reflects on the difficulties of keeping connected devices alive for the long-run and the importance of designing for with the death of servers in mind. As the authors point out, connected products are beholden to a fundamental problem—the devices are typically bought with a single upfront cost, but the cloud component that supports their use cost money to run. The team points to a few ideas for increasing the resilience of connected hardware, including designing to open standards and open-sourcing the product's backend—they themselves having done the latter with their own device, Tingbot, in the wake of the Little Printers demise.

If you have a Little Printer you want to bring back from the dead, they guys at Nord Projects have pulled together this thorough and easy-to-follow guide to hacking the hardware and joining their new platform. Be warned, however, this is not for the faint-hearted looking for instant gratification—there will be some getting hands dirty with circuit boards...

And some cryptic code to deal with...

If you simply want to read more about the design of the new platform or the work of the open source community on the technology front, go take a look at the Nord Projects page here.

Editor's Note: We received an email from Matt Webb, former director of Berg and creator of Little Printer with the following updated information:

"The open source Sirius software that their work is based on was started by me as one of Berg's final acts (after the rest of the team went), with the support of our investors -- I took the view that the software stack that we had built when it was a commercial product was too complex for a community to build on. So cash went on making that happen, it wasn't spontaneous from the open source community.

Sirius itself is made possible by technical hooks added to the Little Printer firmware by the larger Berg team made before it disbanded.

All in all, I'm proud of how the product was sunsetted (although obviously I would prefer it to have not sunsetted at all!) -- we kept the original LP servers running for about a year after the team went their separate ways (they didn't just go dark), and used that time to get Sirius in place. I am delighted with what the Nord team have done!"