Consider this your ultimate weekend schedule

Plot twist: Even though NYCxDesign is technically centered around ICFF, WantedDesign Manhattan and WantedDesign Brooklyn, we're here to tell you that there's plenty more to do and see during our favorite—but maybe we're biased—design week of the year. As you get ready to plan your inspiration-filled weekend, here is a list of exhibitions to consider including in your schedule: 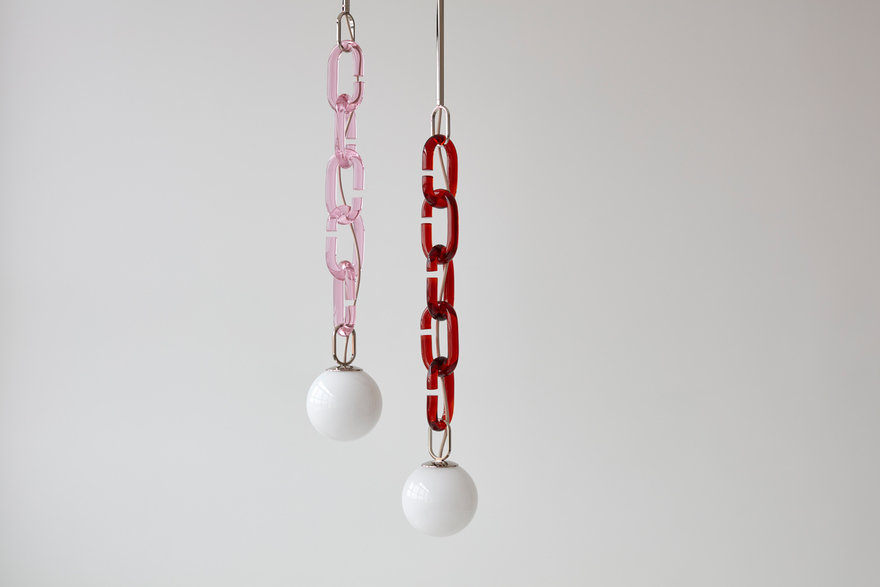 Housed in the minimal pas des calais Soho storefront is a lovely new lighting collection of sconces, pendant lights and floor lamps designed by Aiden Bowman and Josh Metersky of Trueing, a Brooklyn-based lighting studio. Their latest collection Cerine's focal point is the beautiful colored borosilicate glass chain that holds the lighting, which was produced by local laboratory glassmakers. 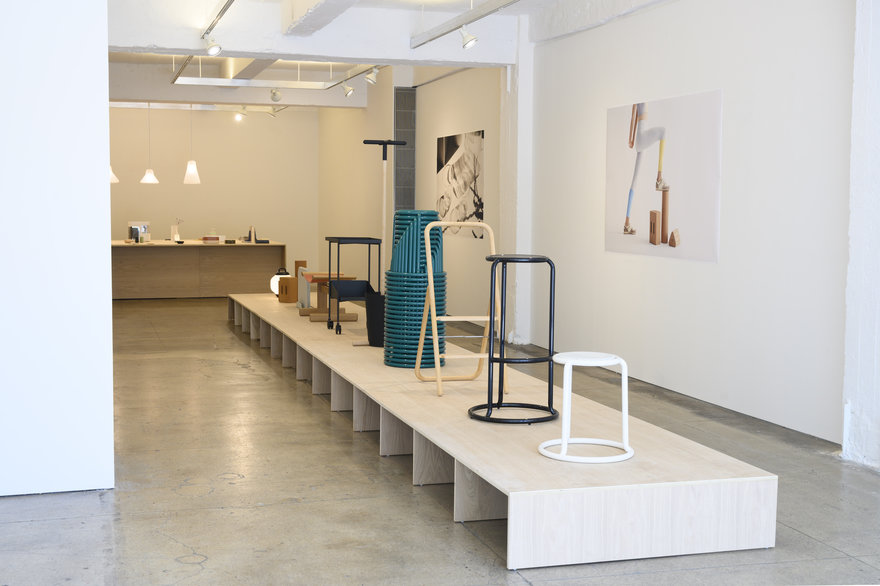 To celebrate their 5th year as an established studio, Sina Sohrab and Joseph Guerra have organized an exhibition called "Under the Office", featuring their best work over the past half decade. The exhibit features finished products as well as prototypes, so it's a great show for anyone interested in gaining insight on designing within a small studio setting. 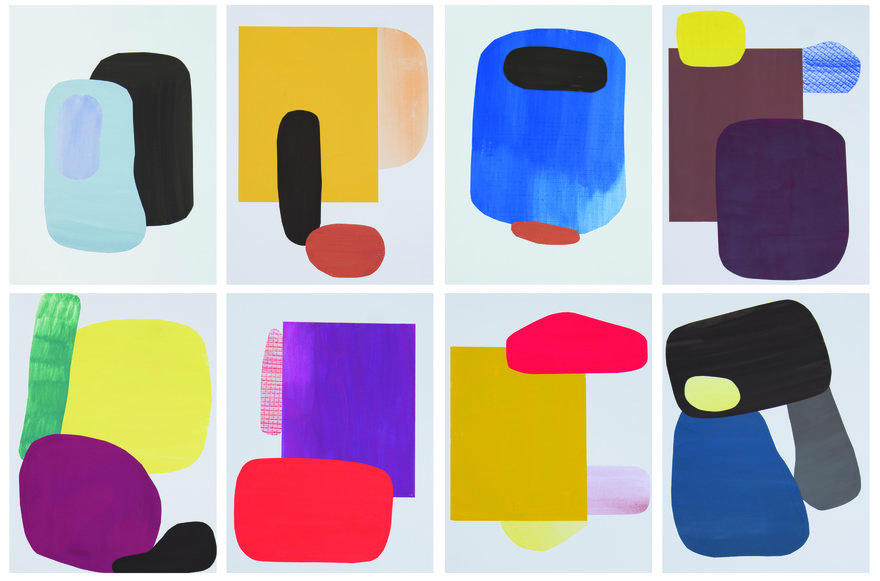 This year, the beloved Furnishing Utopia show will exhibit hand-created 2D work that examines frameworks—both formal and conceptual—and how they influence design. From pencil sketches to shape collages, the exhibition aims to challenge visitors to think critically about and find harmony within structured systems. 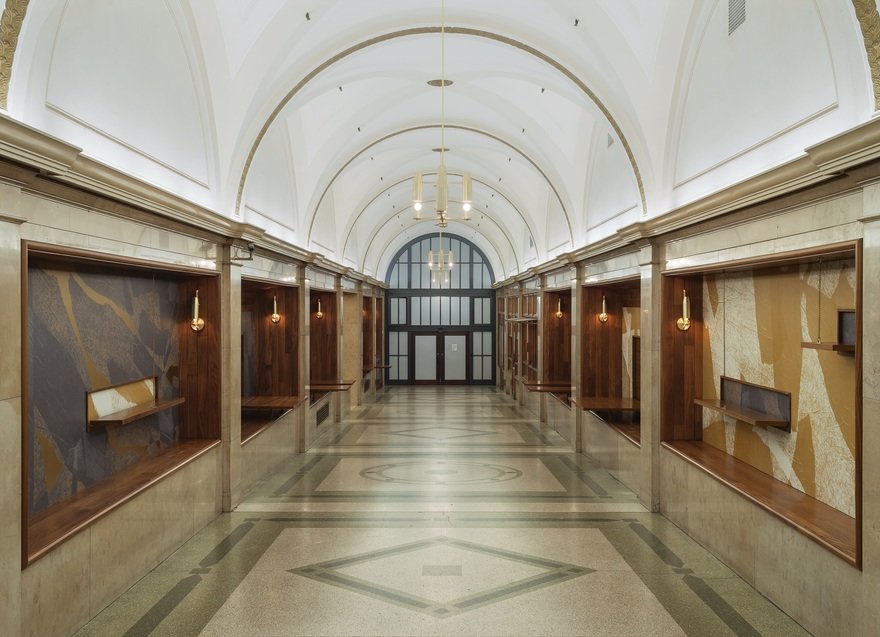 During NYCxDesign, the Neoclassical Merchants Square Building in Tribeca sets the scene for the new Chamber lighting range by Workstead and the Relic collection by Calico Wallpaper. Arcade Bakery (designed by Workstead) also resides in the same building, so be sure to pop by for a snack while you're at it.

Year after year, JONALDUDD offers up one of the wackiest shows of the NYC x Design season, showcasing design works that bridge the gap between art and design. Their 2019 edition promises more of the same, with featured projects such as Matt Branham and Sophie Dannin's 'least functioning' object series and Space Jam themed furniture. Get weird this weekend at JONALDDUDD. 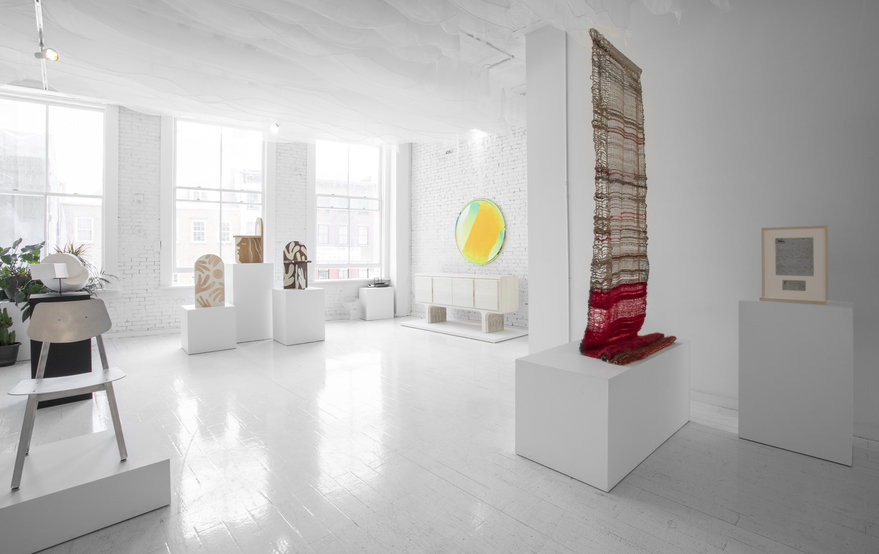 Colony gave their designers free reign to showcase new design work with a fine art piece of their choosing. The goal of the show is to blur the line between curator and designer, and the result is an exhibition that not only showcases new work but carefully considers the context in which it lives in. 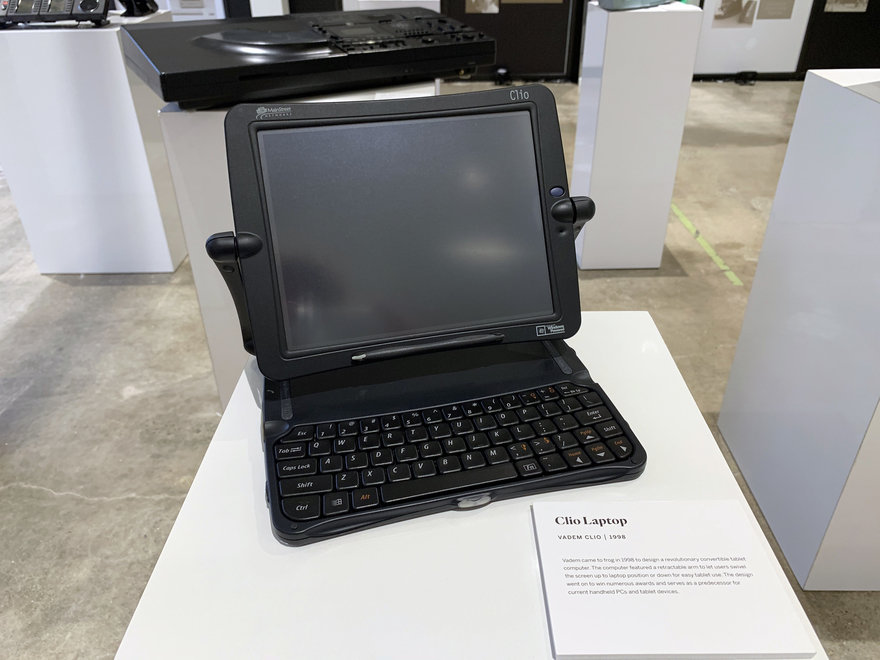 2019 marks frog's whopping 50th anniversary, and to celebrate, they organized an in-house retrospective exhibition that features some of their most iconic designed objects from 1969 to now. Take a chance this weekend to visit frog's offices and learn more about products you didn't even know they helped design, such as the first digital answering machine, the 1980 Mac SE computer, and Steve Job's infamous 1987 NeXT Cube. 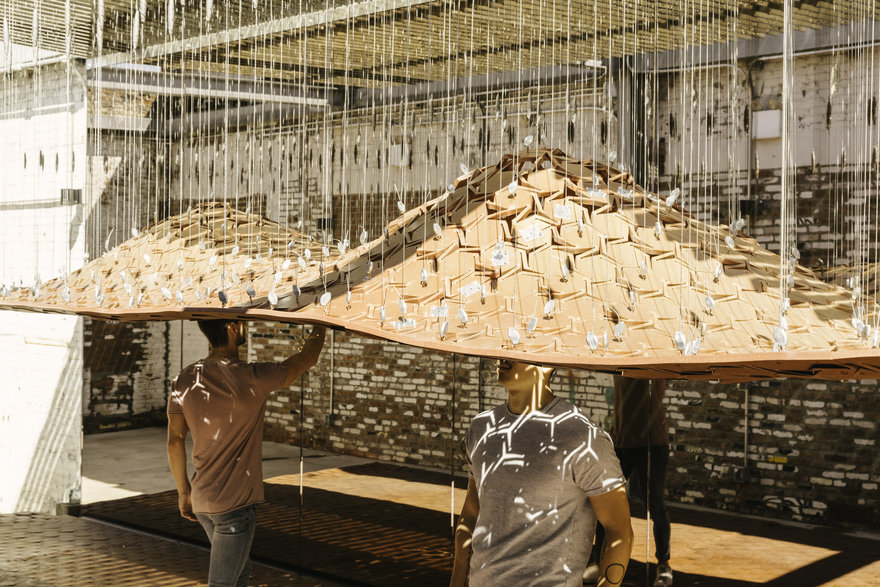 There may not be too many NYCxDesign events going on in Greenpoint this year, but A/D/O makes up for the trek with two exciting exhibitions to check out within their space. "Urban Imprint" is an installation designed for A/D/O's outdoor courtyard that "reimagines the relationship between people and their built environment, allowing visitors to reshape their physical space and architecture as a result of their own movement"—aka, you really have to visit to experience its wonder.

The other exhibit to check out there is West Elm's Atitlán Project, which a collaboration between the furniture giant, design firm Roar + Rabbit and designer Diego Olivero to create a limited edition collection inspired by Pintando Santa Catarina Palopó, an architectural effort in Guatemala with a mission to paint 960 buildings with colorful patterns near Lake Atitlán.

Produced by American Design Club, this exhibition celebrates the fascinating crossover between sound and design. Following an open call for submissions, Sound + Vision includes an exhibition of products, a performance series and an engaging installation. Times Square is also home to many other exhibitions happening throughout Design Week, so be sure to wander around if you decide to brave the crowds. 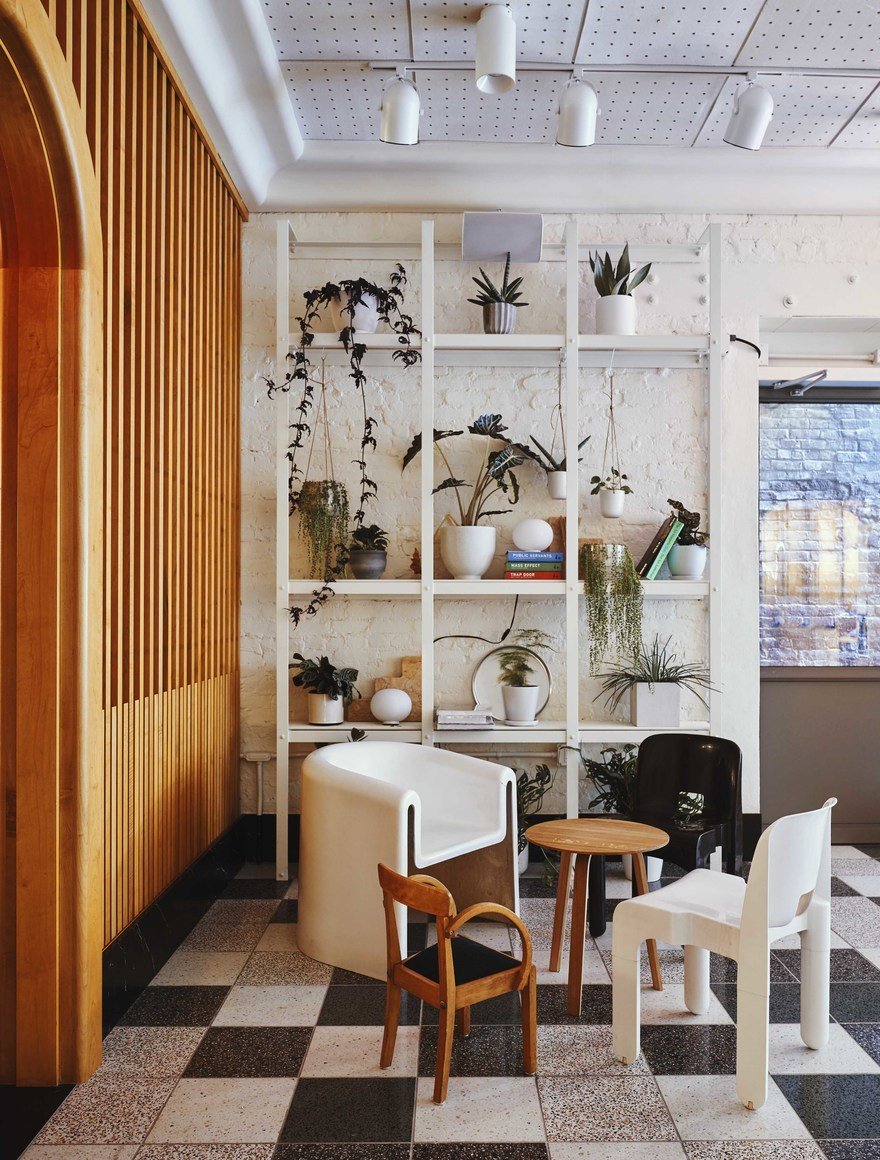 If you're looking to grab drinks after hopping from exhibition to exhibition, we recommend checking out the rooftop bar at the new hotel Sister City for a classic view of the NYC skyline and a trippy AI-generated soundtrack that reacts to movement.

In collaboration with Totokaelo and Gray Magazine, a site specific installation of Isamu Noguchi's Akari light sculptures are on display at Totokaelo's SoHo store. If you didn't get the chance to make it to a similar exhibition at the Noguchi Museum earlier this year, now is your chance to experience a smaller version in Soho. 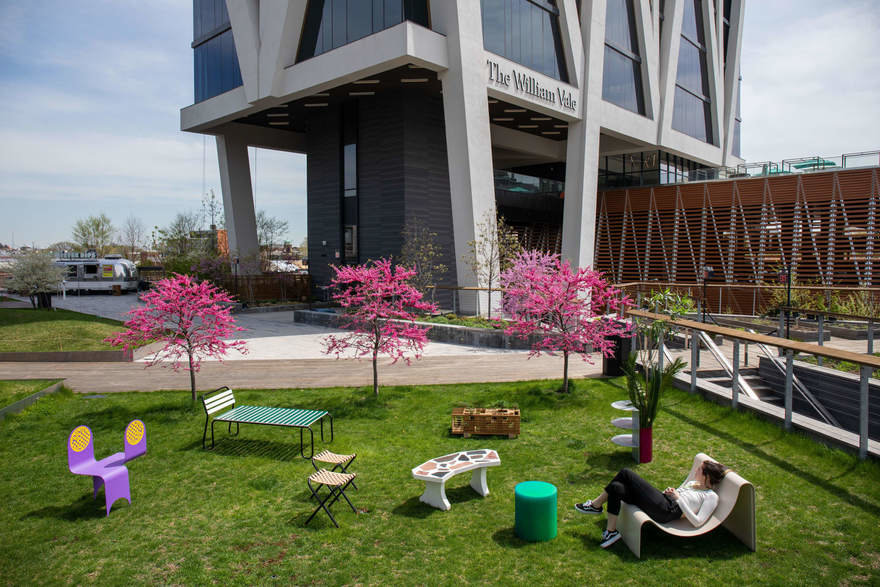 Inside/Out aims to remedy the gap between the independent design community and the overlooked outdoor furniture space. The installation, put together in partnership between Sight Unseen and Wescover is open to guests and locals to interact directly with the designs outdoors. 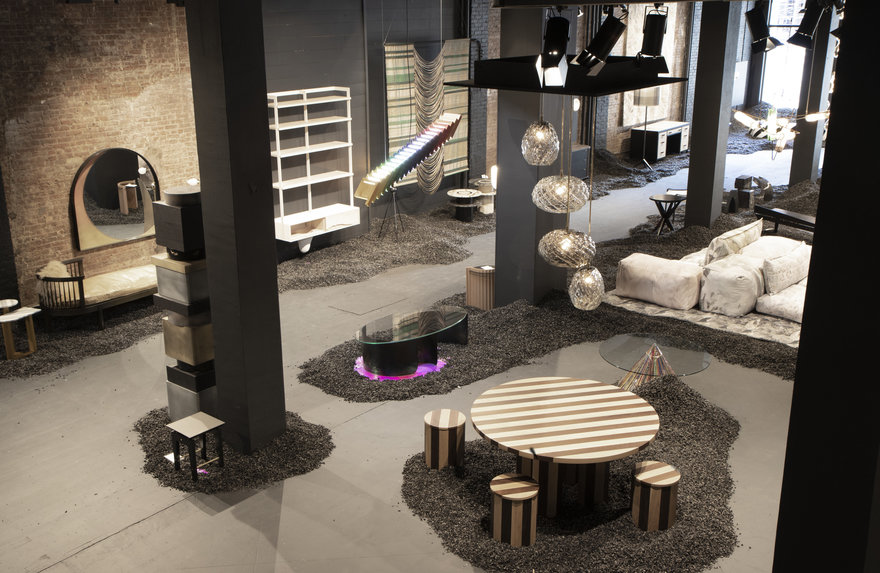 This show curated by designers features 35 participants in a 9,000 square foot space, and features everything from paper lamps to dining tables. Head over to the exhibition for a moody vibe and lots of inspiration.

For more NYCxDesign scheduling inspiration, be sure to check out our handy NYCxDesign Map!