Mapping and uncovering new dimensions about the built world

For the first time in nearly a decade, Pentagram New York has brought on a new partner: interaction designer and 2013 Core77 Design Awards honoree Giorgia Lupi. In addition to being the co-founder and design director of Accurat, Lupi is also known for co-authoring Dear Data. She's worked with clients including IBM, Google, Starbucks, United Nations, and the World Health Organization among many others. Her work is part of the permanent collections of the Museum of Modern Art and the Cooper Hewitt, and in 2018 she was named one of "Fast Company's" 100 Most Creative People in Business. At Pentagram, Lupi will continue to expand her practice and explore ways of integrating data visualization into our daily experiences. 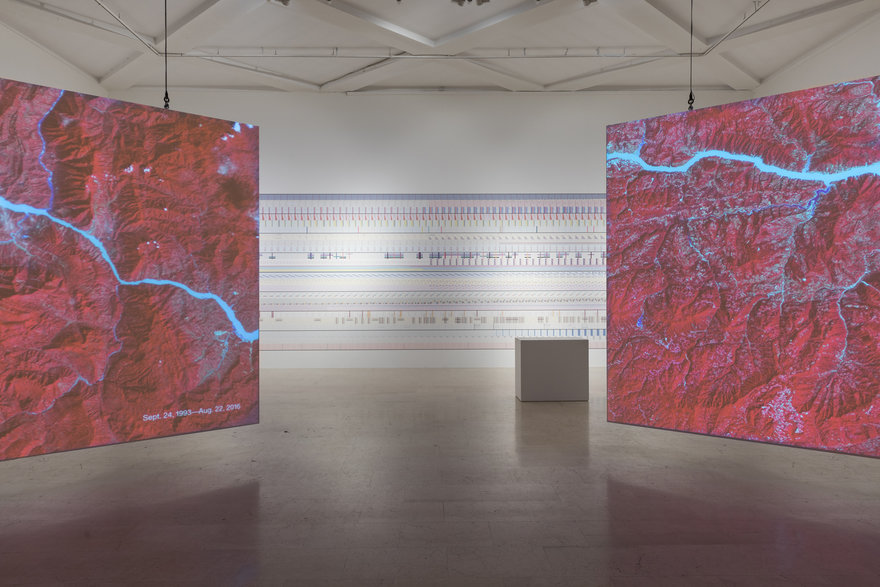 For the XXII Triennale di Milano, Broken Nature: Design Takes on Human Survival, Lupi and her team created the "Room of Change," a data-tapestry illustrating how multiple aspects of our environment have changed in the past centuries, how they are still changing, and how they will likely continue changing.

Lupi first got a masters of architecture but she wasn't interested in building buildings as much as she was in mapping and uncovering new dimensions about the built world. Soon after graduating she began working for two different interaction design firms in Italy, where she worked on information mapping projects and interactive installations. "I progressively discovered that data can be an incredible lens to find and build stories and ideas, and at the same time a creative material we can use to visually narrate it, I simply fell in love with this world and the realms of possibilities it opens," Lupi told us in a recent interview.

For Lupi, data isn't just a cold set of hard facts, it's a way of revealing new details about human nature. When expressed with nuance and in a visually engaging way, information design can "re-connect numbers to what they stand for: stories, people, ideas." 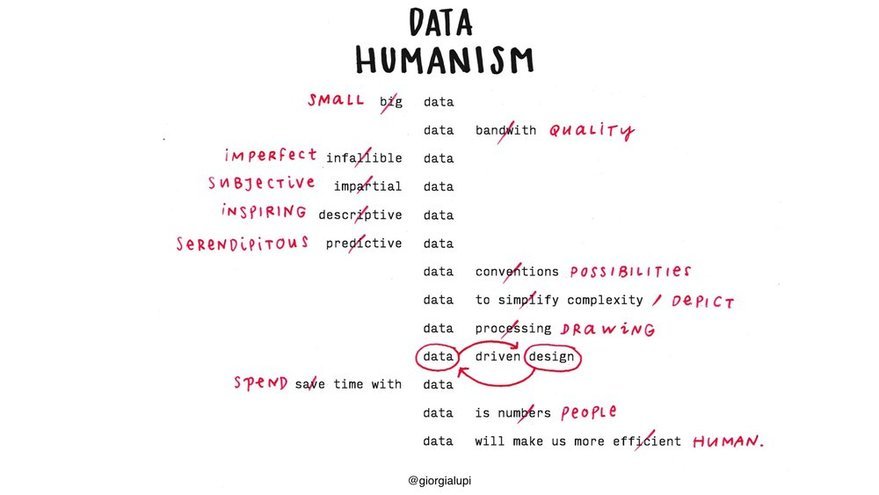 In 2011, she founded her data-driven design firm Accurat, with offices in both Milan and New York. In addition to her own expertise, part of what Lupi will bring to Pentagram is her extensive network. "At Pentagram I'll be working in continuity with my past experience, building my in-house team and maintaining the relationships I built over the years and creating opportunities to collaborate with the people I have been working with for such a long time," she noted. "I'm very close to this team and I look forward to opportunities to work together under the Pentagram umbrella." 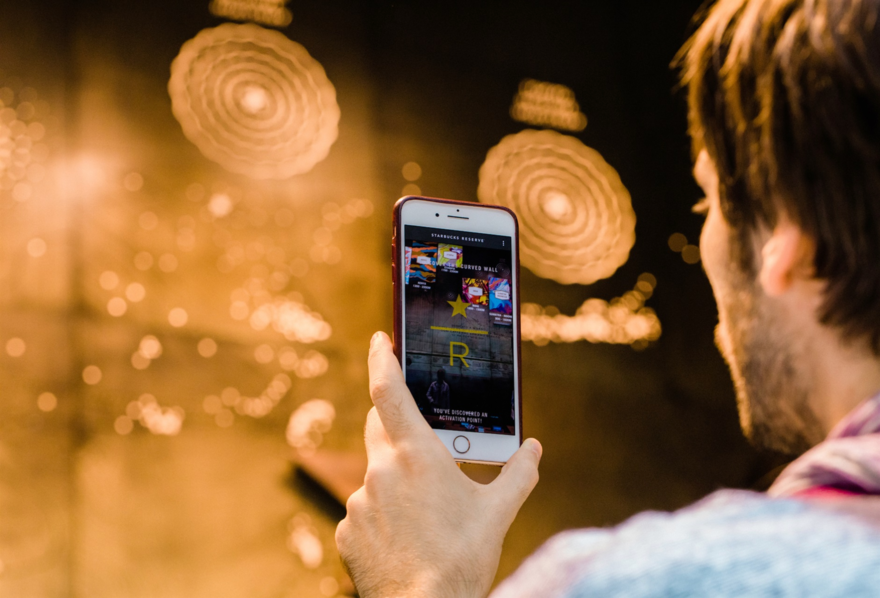 In 2018, when Starbucks opened its first store in Milan, Lupi and her team designed an augmented-reality-enabled wall depicting Starbucks' history and coffee-making process.

Having led her own company for nearly a decade, Lupi took her existing creative freedom under consideration when deciding to join Pentagram. "Most of all I value variety and to see my work applied to different worlds and fields, and I also love to have the freedom to make my own calls on what to take on and which risks to take. With this premise, the Pentagram platform is really exciting for me because of the scale and the potential impact of projects that Pentagram can take on is unmatched." 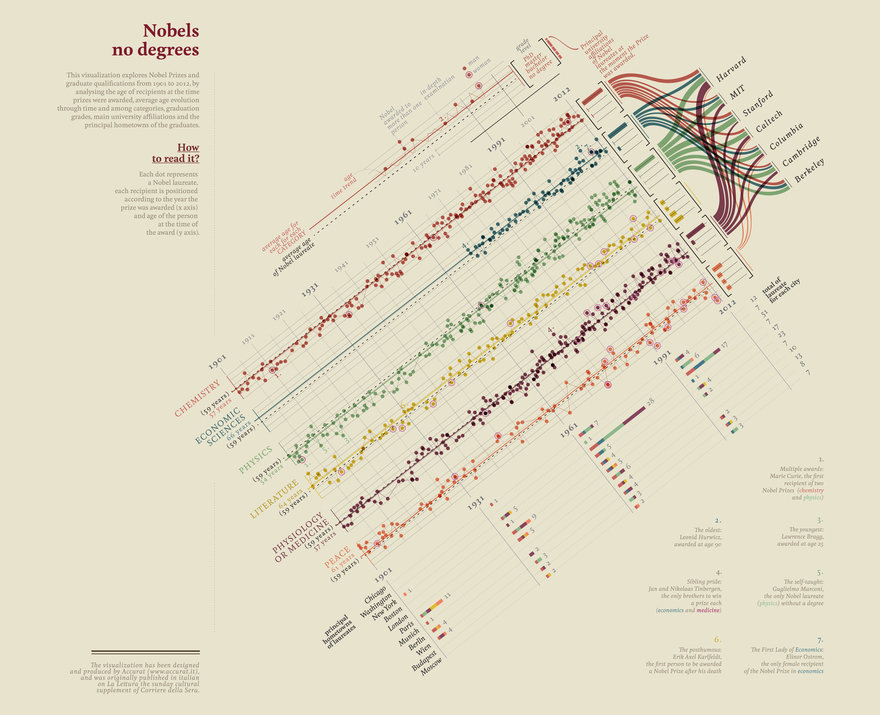 Lupi's winning Core77 Design Awards entry was part of a project her team worked on with the newspaper Corriere della Sera. This visualization explores Nobel prizes and laureates from 1901 to 2012, analyzing the age of the recipients, the level of education and degrees of the laureates, and their university affiliations and hometowns.

At Pentagram she'll work on a wide range of quantitative and qualitative projects, from brand identities and campaigns to environmental graphics, exhibitions, events, reports and interactive experiences. "If you see data the way I see data, data can be a lens, or a filter to parse the stories of a brand, of an institution, of a community of people, and then as a design material for communication design projects of different kinds. In this sense, I will work with data that clients might have already gathered, as well as exploring new types of data that can be unearthed to tell more hand-crafted stories."