We recently had the chance to visit ArtCenter in Pasadena on occasion of their 2019 grad show. Housed in the Pasadena Convention Center, the college of art and design had a wide array of projects on display from each of their creative majors, ranging from fine art to transportation. Many students complete internships during their time at ArtCenter, and work resulting from these internships was often on display mixed in with ArtCenter projects. We walked the entire show, observing it through an industrial design lens, and came up with a list of projects we were most excited to learn about. So, let's take a virtual walk through some exciting student work: 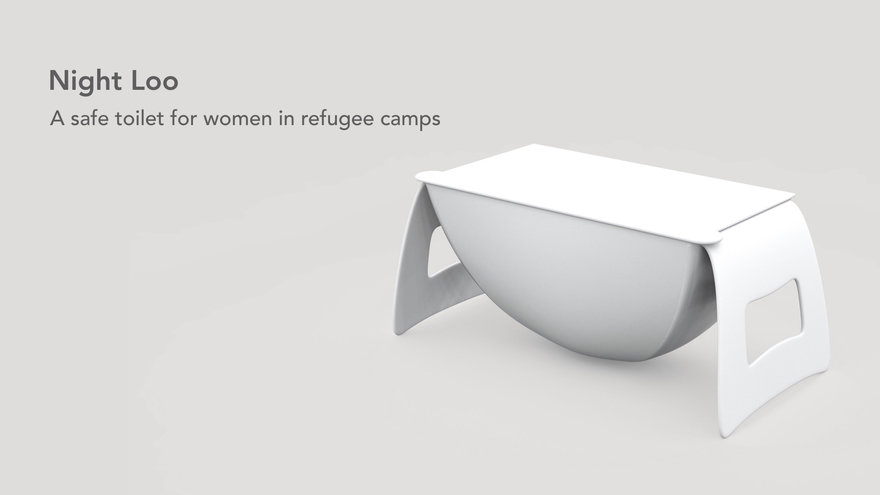 Night Loo is a reusable personal urinal designed for women living in refugee camps to use in their own shelters at night when the threat of rape makes going to communal latrines too dangerous. This version of the urinal is a redesign of designer Anna Meddaugh's original version back in 2017 (which won a student notable award in the 2018 Core77 Design Awards).

"Prior to urinating and rinsing herself, the user tosses in a small pre-portioned pod of super-absorbent polymer (SAP) encased in dissolving PVA film, which absorbs the liquid and accompanying odor in less than 60 seconds, preserving the comfort of all inhabitants within her shelter," explains Meddaugh. "In the morning when it is safer to go out, she can carry the Night Loo to the latrines to empty the powder and can brush or rinse out any residue before returning to her shelter for use again that night." 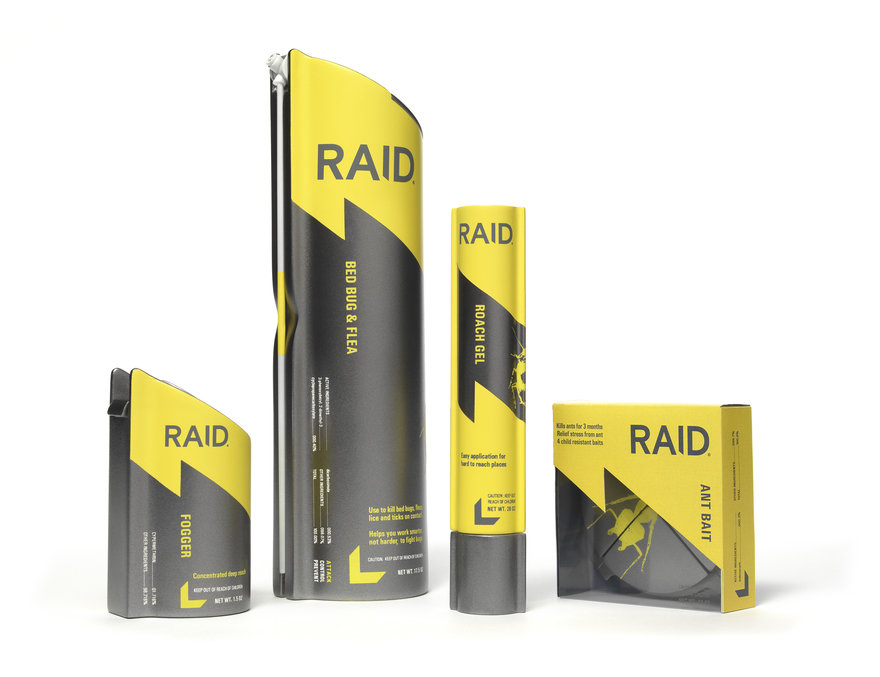 Expert Raid was 14 week project where students were tasked with rebranding infamous pest control brand—in New York at least—Raid. By simplifying the information on the package and by making it more graphically sophisticated (i.e. less creepy and bug-oriented), designer Eunseo Cho designed a product system where consumers can quickly identify the product they need on store shelves.

This project by Shu Ou envisions what food on our dinner table will look (and smell) like in 2025 by addressing three major roadblocks to our current food system: climate impact, industrialized farming, and globalized food logistics. At the grad show, Ou had three products on display along with a farming system that she was developing:

Perfecto Grapes: a container of completely flawless grapes that represent our limited selection of food source and the idea that we will have to engineer the flavor and appearance of everything we consume.

Precision Meal Bar: As we unlock the potential of genome engineering to a wider audience (currently the technology is managed by very few big companies), Ou predicts that we will begin to have more customized meal options available to us, including personalized meal bars for each day of the week.

Nostalgia Snack: In the next two decades, multiple crops will have a hard time to growing, such as peaches, kiwis, and almonds. Ou sees a future in which we use technology to recreate the flavors of produce we currently love and harnessing them into snack bars—the taste of the extinct foods will become nostalgic. 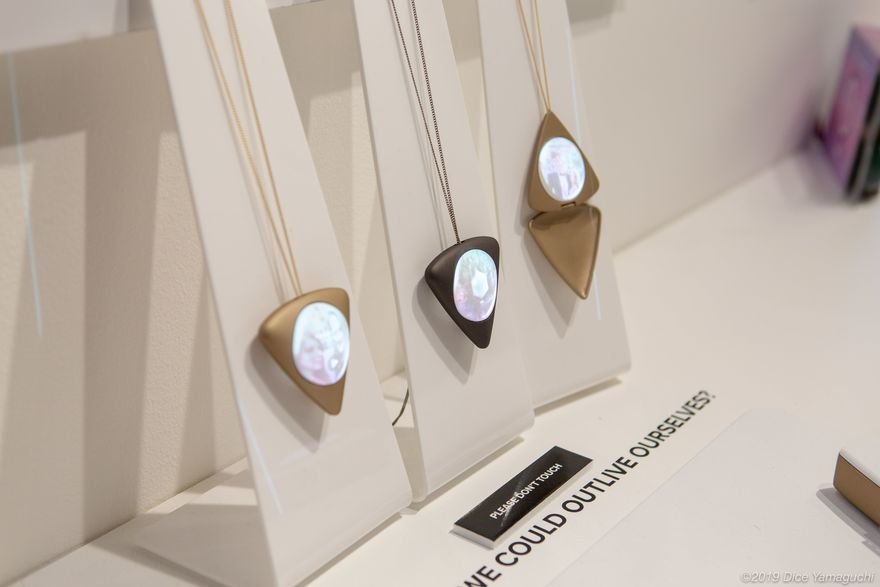 "What if the technology that we live with could allow us to live beyond our physical selves, connecting us more deeply to our survivors and future generations?" asks designer Margaux Reynolds.

Reynold's project Port.al (the ".al" stands for afterlife) is jewelry that explores this deeply relevant question. Port.al is a digital information system that captures the wearer's logistical and emotional assets while being worn. After the user passes away, AI acts as a digital medium to their loved ones, preserving the wearer's legacy. Reynolds designed both an operating system that interacts with the wearer throughout their daily life and a platform that interacts with the wearer's loved ones after they're gone. 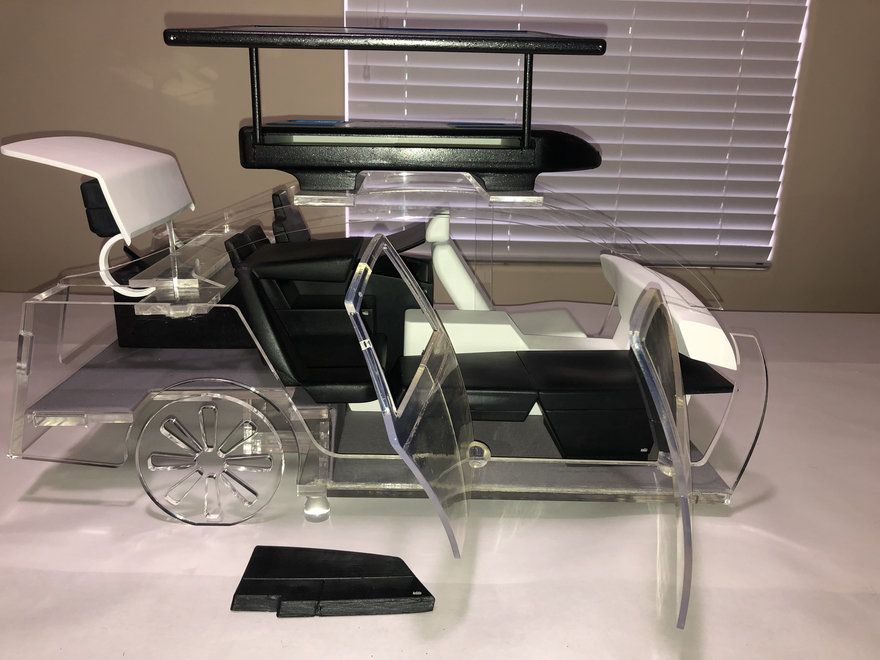 Incog-neat-o is a modular replacement automotive interior and exterior system for sedans. It's becoming more common to see people living out of their cars, whether they were displaced from their homes or prefer to save on rent in expensive areas. A few key features include a folding front seat that turns into a full bed and solar panels on the roof. The system is purposefully designed to look like the original sedan interior to avoid harassment and judgement from police or passerby, hence the name, 'Incog-neat-o'.

Designers Sejin Beag and Gabe Rustia envision Discover, their 360-degree camera drone, as a lens into another part of the world by allowing people to visit remote places virtually. The tripod-inspired design allows users to experience elevation, make side to side movements, or hover in place. As the user explores other parts of the world via Discover, a built-in artificial intelligent tour guide guides you along the way. Discover is able to both fly in the air and swim underwater, allowing endless exploration possibilities. 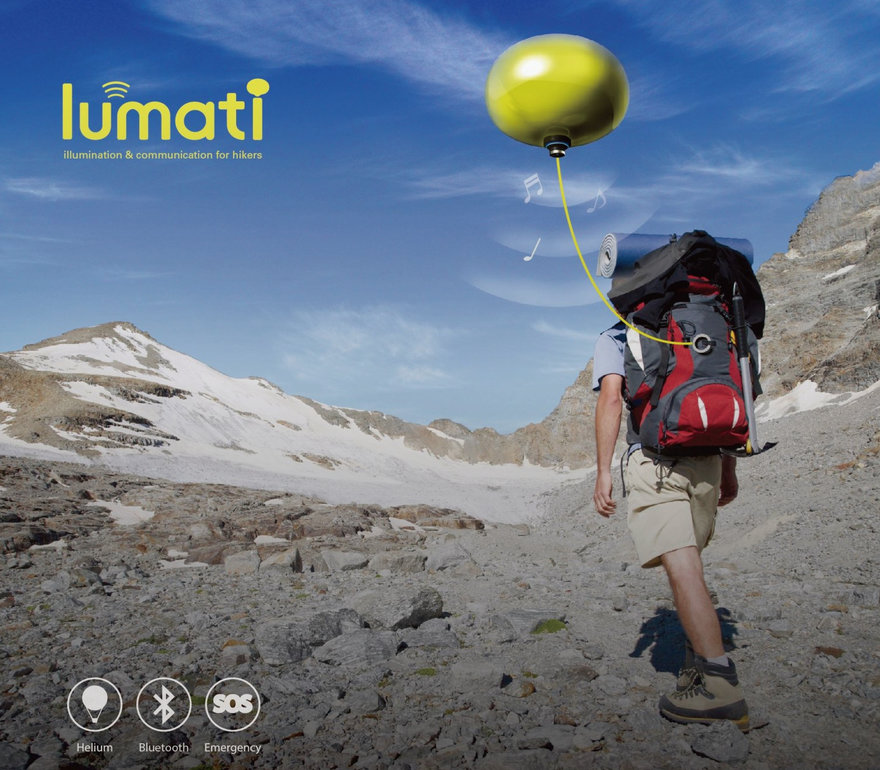 After a very unfortunate accident where his grandfather passed away after falling during a hike, Ted Kim was motivated to develop a safety companion for hikers with project partner Yujin Park. Lumati is a helium filled, hands-free companion that attaches to the hiders backpack and gently floats above them as they embark on their journey. The device aids in safety by lighting up the user's surrounding, creating loud noise through built-in speakers in moments where the user needs to be found and automatically reporting to 911 if the user becomes unconscious (you can turn it off via phone when you meditate or take a break). 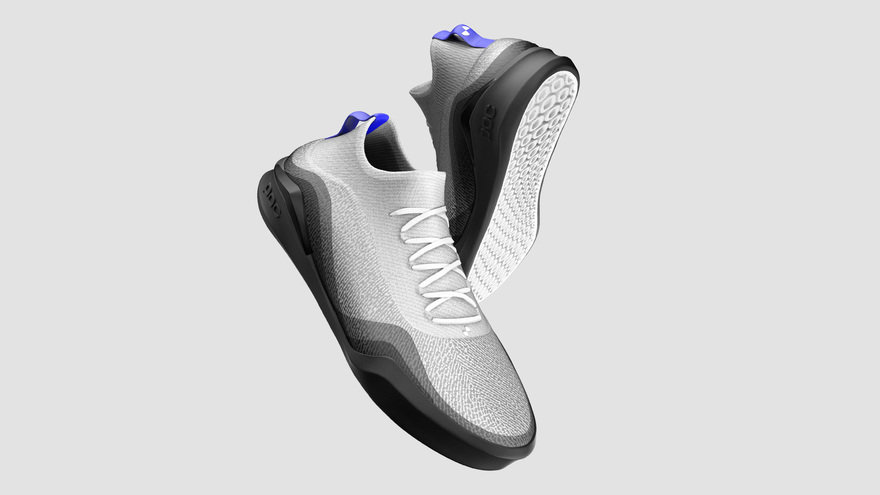 POC DNA is a mountain biking-specific shoe that uses data driven design in the design process vis consumer input. Texture mapping identifies worn areas that need more reinforcement per individual shoe, and outsole grip is customized based on each individual's wear patterns. Once a shoe is worn out, the owner brings it back into the store to be scanned, which collects useful data for the next round of the design process.

During his time at ArtCenter, Henry Song also had the unique opportunity to help Sean Wotherspoon visualize his Nike 97/1 Air Max model, which was later chosen by the public to be released. The model was wildly popular and became one of the most sought after sneaker releases of the year. 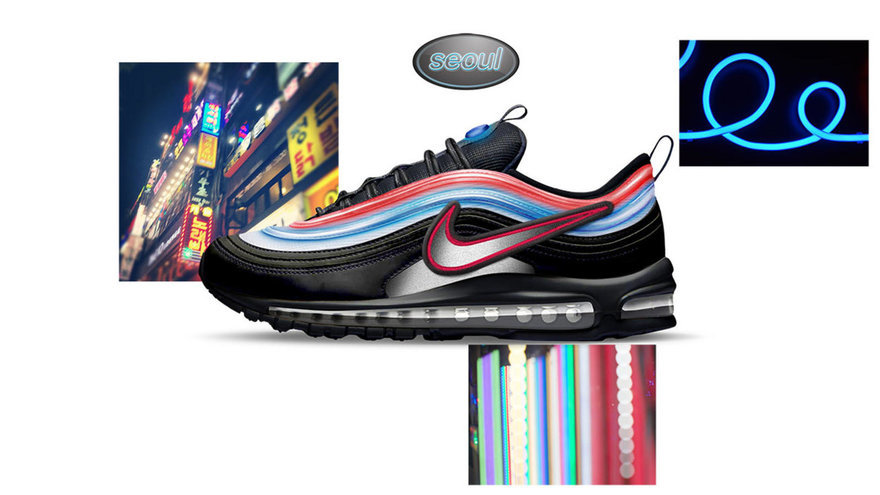 While part of the team at INDUSTRY (during his studies at ArtCenter), J Gabe Rustia and his team we were tasked with realizing the designs selected to be put into production by Nike's 2018 On Air program—creating additional assets, storytelling methods and more detailed renderings of each contestant's concept. "I am fortunate and honored to have played a role in this team project," says Rustia. "The most rewarding part was seeing/hearing the reactions of the contestants as we collaborated with them to refine the visual renderings of their designs. Those spontaneous moments are what we [as designers] strive for."

As part of a 14-week partnership between ArtCenter and HP Inc., students were tasked with building human, holistic, and essential computing experiences from a strategy-focused perspective. As part of this program, designer Asli Akdemir created cosmos, a portable computer that allows creative professionals to collaborate and express themselves creatively without as many boundaries as existing platforms. cosmos makes any surface interactive, allowing creative professionals to ideate, store, and access information in the cloud no matter where they are.