Microsoft Surface recently commissioned Dominic Wilcox to come up with two solutions to everyday problems for an exhibition in London, and the results are as wonderfully bizarre as we're used to from the British artist and designer. 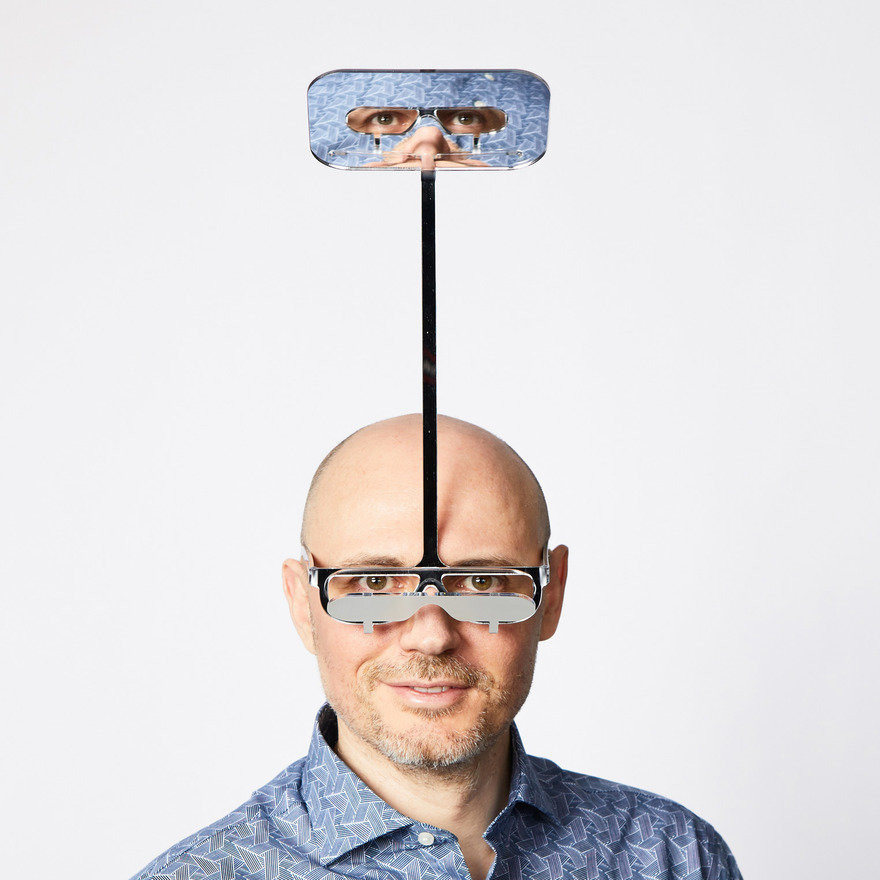 First up, inspired by a recent experience at a concert, Wilcox created a device that uses angled mirrors to help wearers see one foot taller than their normal eye level.

"I was standing at a gig and turned to see a small woman dancing away but unable to see the band. This gave me the inspiration to design a way for people to see over obstacles such as tall people like me." 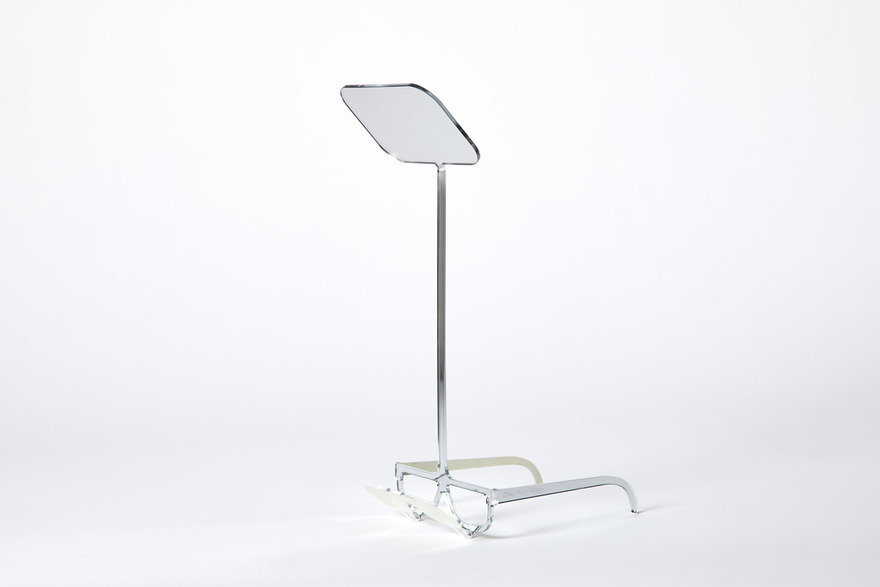 The entire piece was made from one sheet of mirrored acrylic. 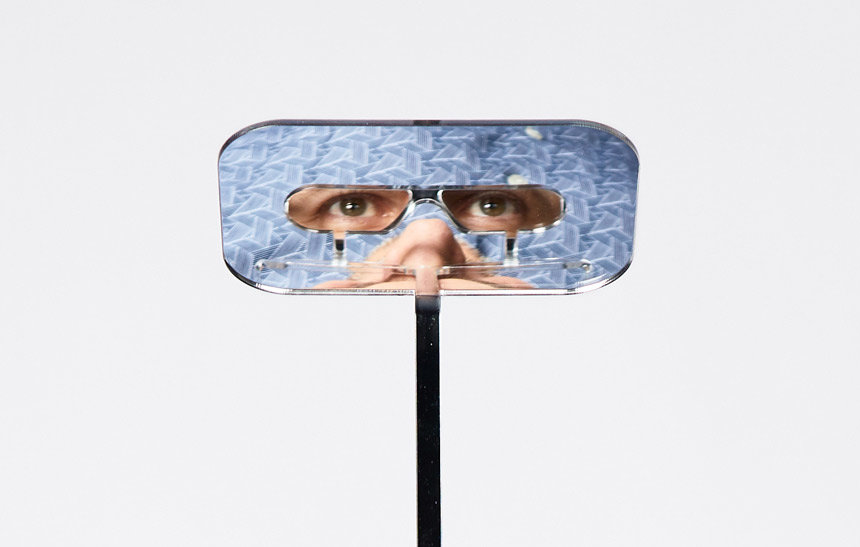 Try as we may to avoid it, we've all experienced that awkward "dance of indecision" that takes place when you're walking straight toward someone on the street and don't know which side to take. Wilcox's subtly assertive Directing Jacket takes the guesswork out of the equation, as it literally tells people what direction to go in. 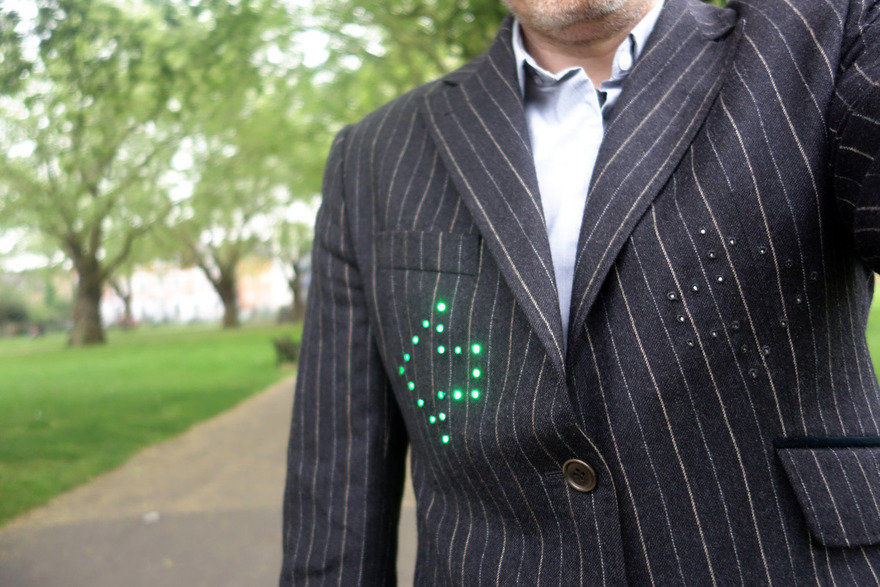 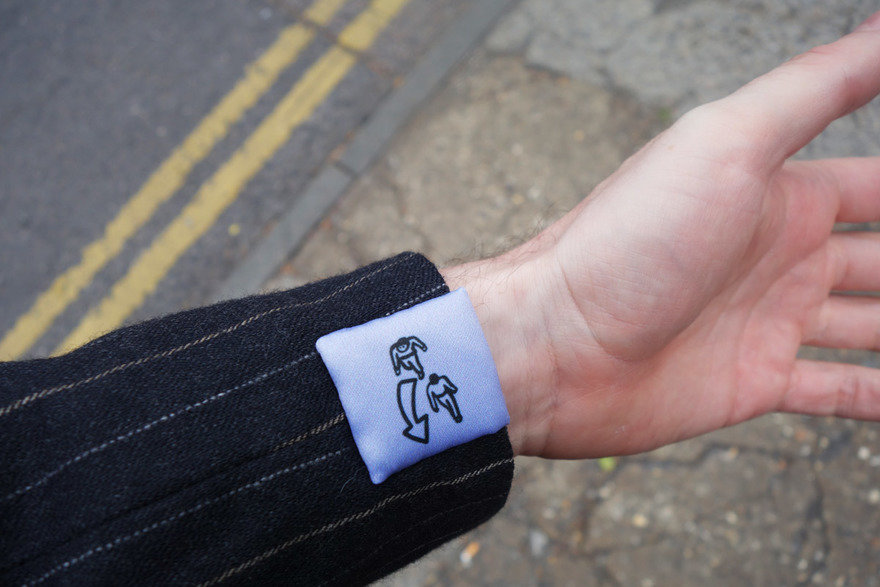 The jacket has embedded green LED arrows pointing right and left. The wearer can activate one side or the other by pressing a soft button sewn into the sleeve cuff. The battery-powered lights last up to a week—though of course, that depends on how much "directing" you'll have to do.

"This may be a very niche problem but it must happen a million times a day around the world—that's about 4 million seconds of time lost through dithering," Wilcox notes. "I've tried it out on the streets of London and it seemed to help. I'll never be late for anything again unless the batteries run out."