Sometimes design opportunities are right in front of your very eyes. For instance, anyone living in an urban setting is familiar with the scene below: 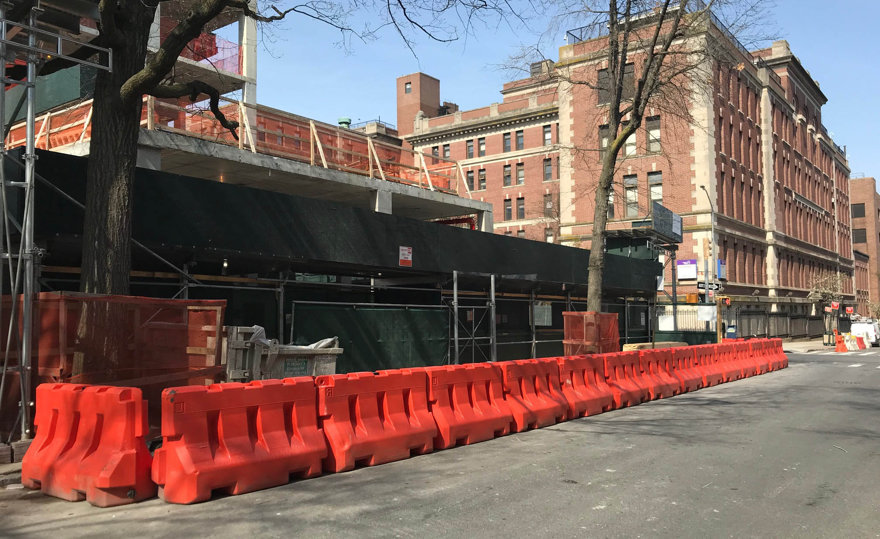 The classic orange barrier (otherwise known as the plastic Jersey Barrier) is an iconic symbol of urban construction in the Big Apple, right up there with temporary green plywood walls marked "Post No Bills". Each plastic barrier is blow-molded and kept hollow to minimize weight during travel. Once placed at a construction site, they are then filled with water to ensure they stay put.

Even though they serve a noble purpose, the barriers are, without a doubt, a big, fat, orange eyesore to passerby and nearby dwellers. And if you live in any city, you're very familiar with the long lead times of construction projects—they often take anywhere from weeks to months to complete. 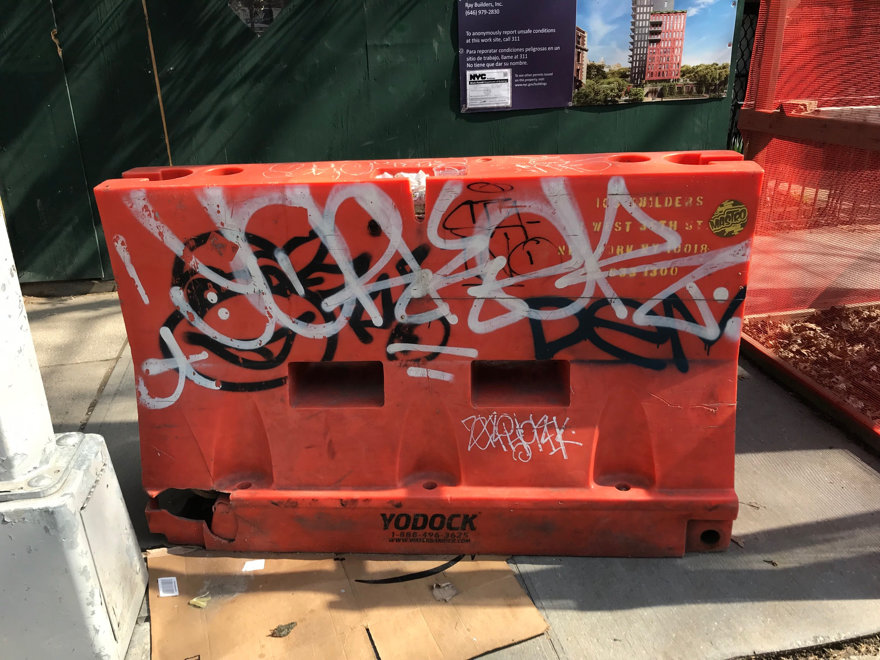 Brooklyn-based industrial designer Scott Henderson identified this design opportunity after walking past one too many ugly orange barriers in his neighborhood. "The city is always changing, and with that comes large scale construction projects that are surrounded by tens of thousands of these super ugly, construction barriers," says Henderson of his 'aha' moment. "It is clear to me that no one has ever considered these unsightly "Lego" blocks beyond their utilitarian purpose—like how they affect the lives of people forced to live around them."

So, he set out to do what any frustrated designer would do when confronted with an object in need of improvement: redesign. Recognizing that it would cost about the same amount of money to manufacture a more beautiful version of the orange barriers, Henderson went to work, eventually yielding the below solution: 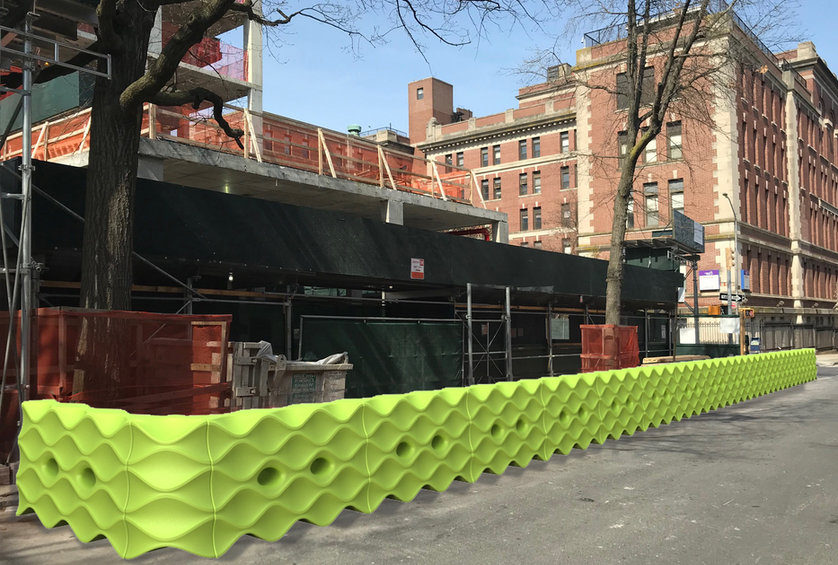 Since the material is still plastic, the barriers could theoretically be any color, but we're digging the green. Below are a few more visualizations of what they would look like on site: 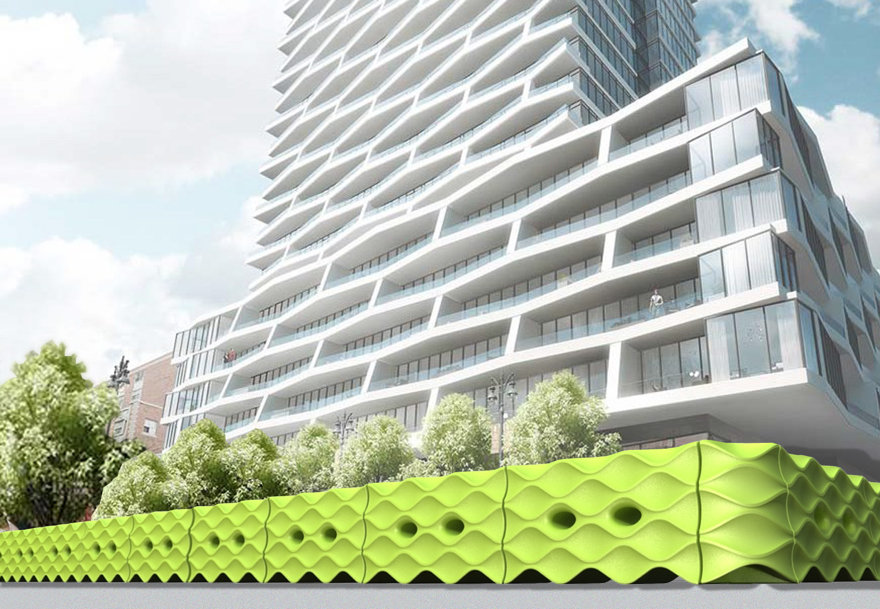 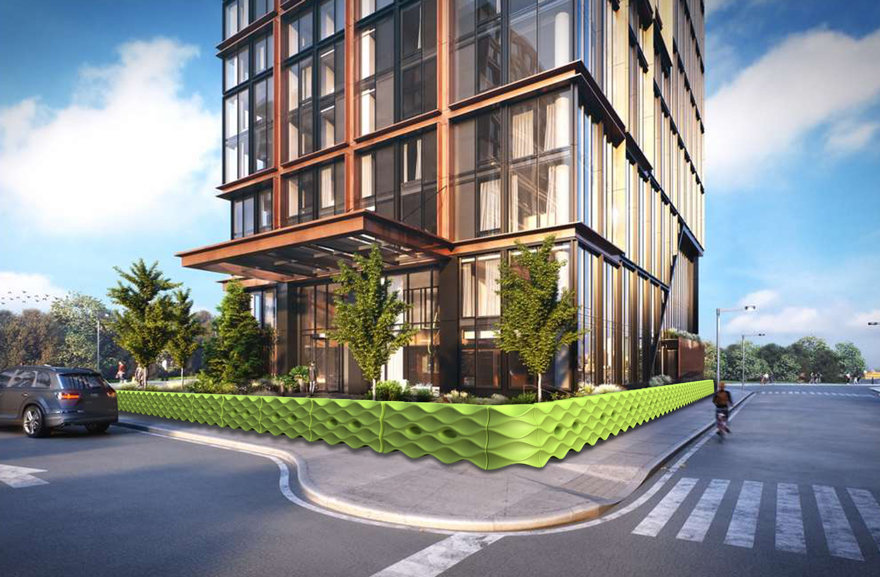 The lattice surface pattern makes the barriers more visually interesting while discouraging graffiti. Granted, the barriers would still be paired with a pretty ugly constriction site, but at least at eye level, the view would be much more pleasant.

Have you ever come across an urban object that could use an upgrade? Let us know in the comments.