A tech-forward solution to get kids off your phone

Gadi Amit was inspired by one of his favorite childhood memories—looking for and following bugs—when he set out to create Spot, the latest design from his San Francisco-based design company NewDealDesign. Designed to inspire real-world curiosity and break screen addiction, the handheld device is described as an "AI companion" that functions like a smart magnifying glass. It encourages kids to explore and ask questions about the world around them, then uses those experiences to create customized stories. 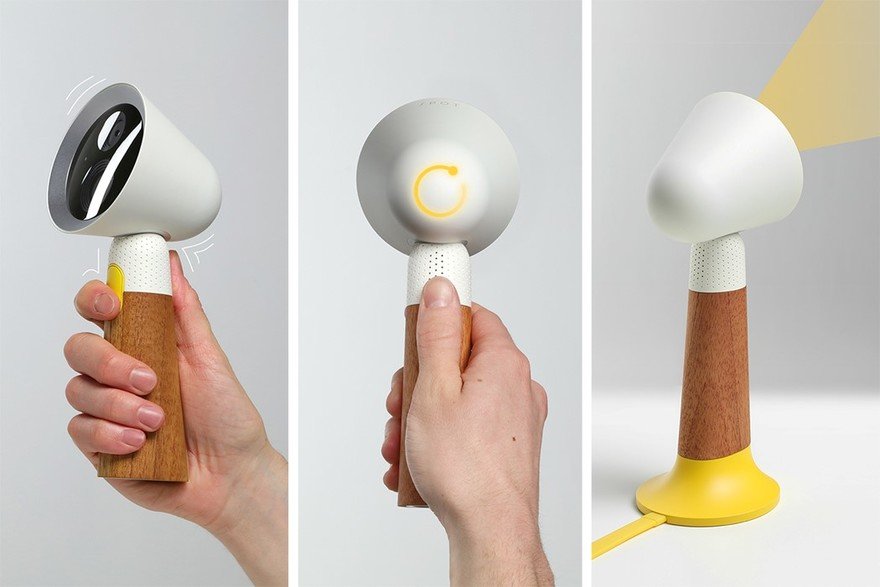 Spot's head contains a camera and pico projector, integrated into the top of the handle are small perforations for the microphone and speaker, while the bottom part of the handle houses the haptic engine and processor.

To use the device, a child simply has to point the head toward an object of interest and Spot will respond by blinking and vibrating to confirm it has "locked on" to its subject. After identifying what it is, Spot's voice will speak to the child as though the subject itself was saying hello. At the end of the day, back at home, Spot can transform everything encountered throughout the day into a customized story with the child as the protagonist and project the narrative via a built-in projector. Intended for ages 5 to 11, the complexity of the stories can grow and change as the child does. 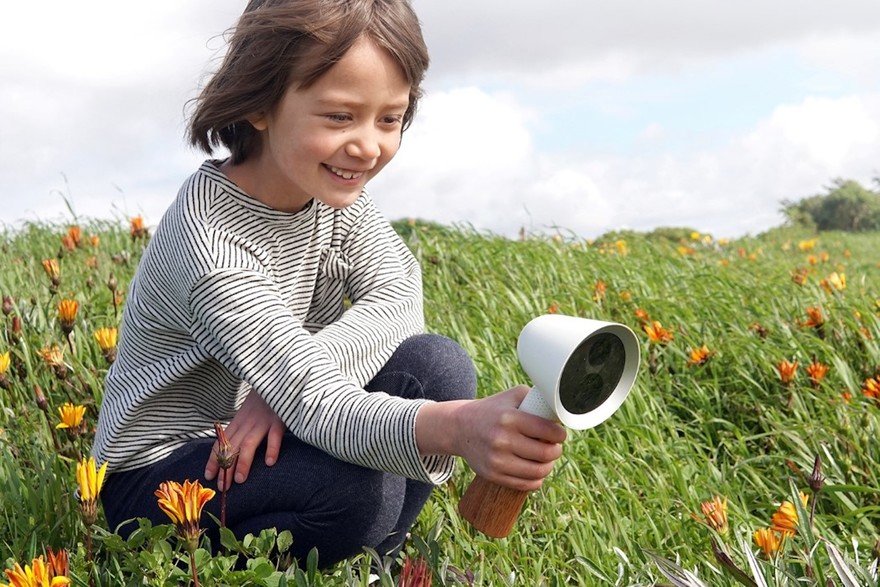 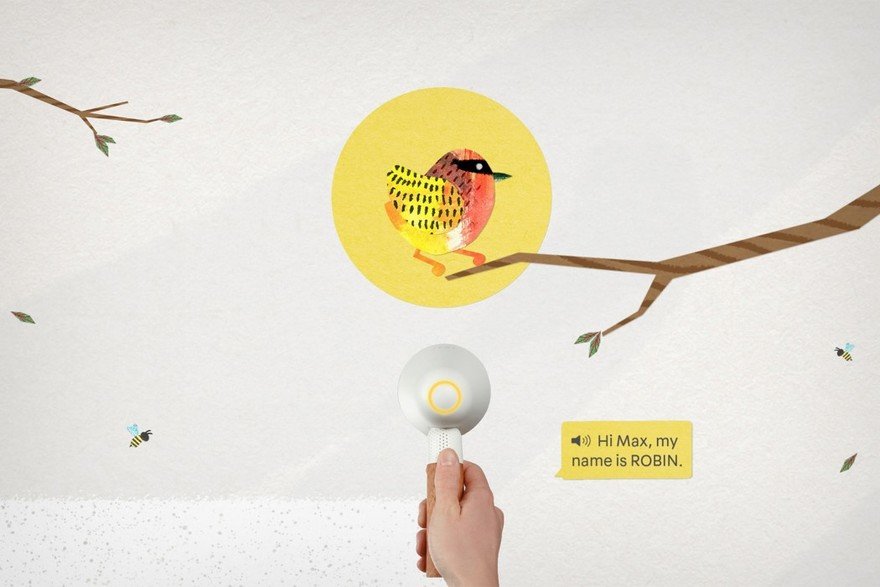 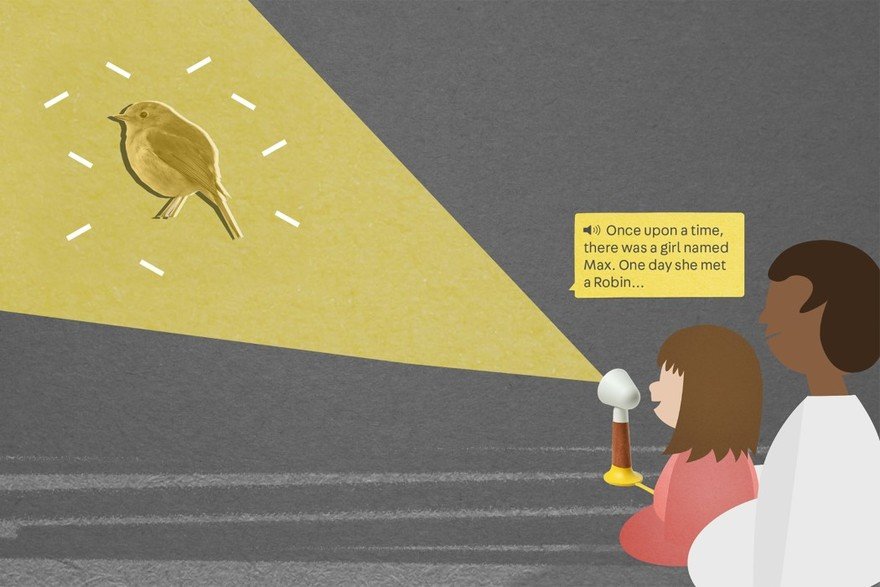 By swapping highly stimulating screen-based interfaces for sound and haptic feedback, Spot seeks to develop a new approach to tech for kids, one that helps them "develop capabilities to navigate the world in a way suitable to the pace and context of their own lives." Digital natives will still get a dose of the interactivity they crave, but in a way that makes it easier for them to stay present and engaged in the moment.

With continued use, the team says the device would be able to learn more about the child's interests, allowing the system to "encourage new paths, generate new age-appropriate story archetypes" and develop interactive treasure hunts that can be completed with other family members. 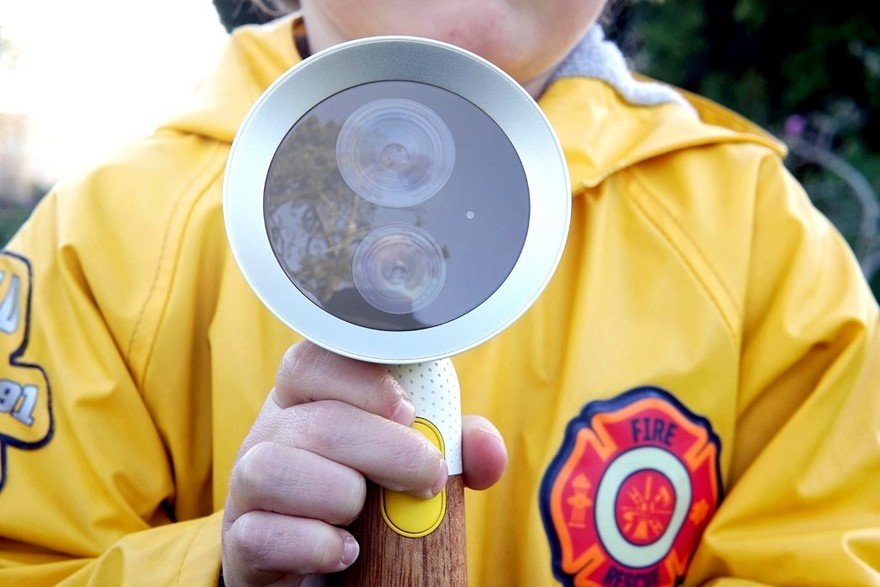 For now, Spot remains at the concept phase. In an interview with Fast Company, Amit stressed that the technology is already out there and the biggest factor to nail down would be the scope of subjects Spot would need to recognize. "We are skewing it toward natural exploration because we feel kids get too little of that today," Amit said, noting that the device should be able to distinguish among species of birds and bugs, but would not be able to recognize cars. With the right investor, Amit thinks the project could be fleshed out within a year.