This Limited-Edition Bike is Made Out of 300 Nespresso Pods

Consumers are increasingly discerning about making sustainable choices and brands have to keep up. In a new attempt to find creative uses for the billions of single-use coffee pods that are discarded around the world, Nespresso partnered with Swedish start-up Vélosophy to make a bicycle out of recycled pods. Each RE:CYCLE bike is made out of roughly 300 pods and dons the distinctive purple hue of the Arpeggio blend. 1,000 bikes were produced as part of the limited-edition collaboration, and they retail for $1,446. 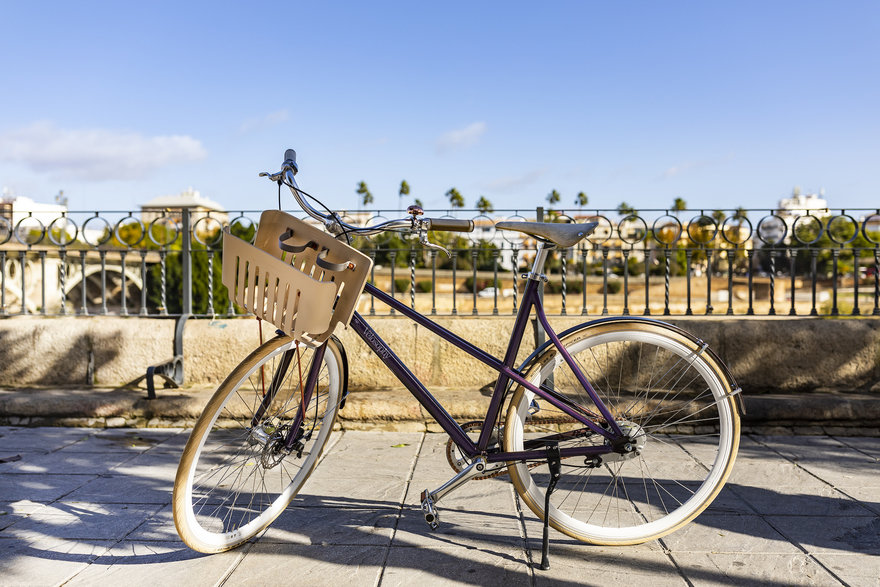 RE:CYCLE was initiated by Jimmy Östholm, a former IKEA communications manager, serial bike entrepreneur, and founder of Vélosophy. Östholm had used recycled aluminum from unknown sources in previous bicycle designs but wanted to encapsulate the circular economy in RE:CYCLE by being able to tell people exactly where the material originated. The main challenge was figuring out how to make the lightweight aluminum used in the capsules rigid enough to meet bicycle manufacturing standards. RE:CYCLE spent two years in development.

Designed with eco-conscious coffee drinkers in mind, the seven-gear city bike has a few details that nod to its origins: the Arpeggio purple frame, a bell shaped in the form of a Nespresso capsule, and a front carrying basket made of steam-bended wood with two cup holders. 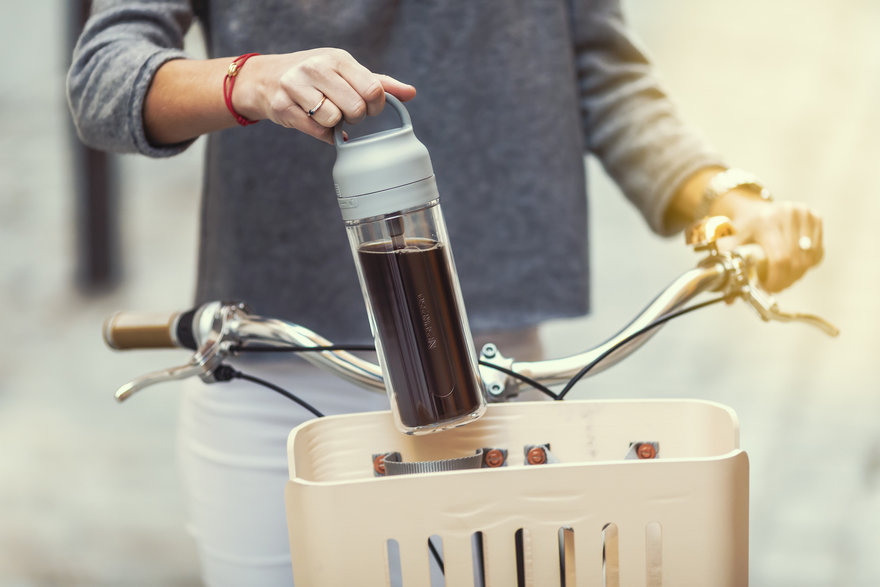 Recent statistics show that one in three households owns a single-use coffee maker and an estimated 56 billion single-use capsules end up in landfills each year where they take roughly 150 years to decompose. Their environmental impact has long been under scrutiny. Even though recycling aluminum is an easier, less energy-intensive process than recycling plastics, only 35% of all manufactured aluminum ends up being recycled, and that's in large part because consumers tend to throw aluminum products in the trash rather than the recycling bin.

Nespresso has been ramping up efforts to make recycling easier and bolster its sustainability agenda. In the US, Nespresso offers pre-paid recycling bags in 48 states, allowing users to mail back capsules to be recycled. Alternatively, consumers can drop their bags off at one of 88,000 UPS drop-off locations, or one of 500 collection points at Nespresso retail partners. The capsules go to a certified recycling plant that separates the aluminum shells from the coffee grounds, which are made into compost, topsoil or turned into biogas. Still, the company's most recent recycling rate was estimated at a rather paltry 25%.

The driving idea behind the collaboration was to create a product that would encourage users to recycle their capsules. "Through our collaboration with Vélosophy, we're illustrating to coffee lovers the potential of recycling their aluminum Nespresso capsules," said Jean-Marc Duvoisin, CEO of Nespresso, in a statement. "We have been inspired by working with Vélosophy, and I hope the RE:CYCLE bicycle inspires people to recycle." Previously, Nespresso partnered with Victorinox to make Swiss army knives out of recycled capsules and French stationery brand Caran D'Ache to create a ballpoint pen.

This Limited-Edition Bike is Made Out of 300 Nespresso Pods