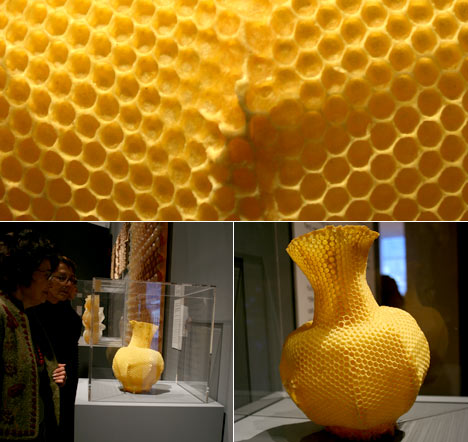 The 'Honeycomb Vase' by Tomas Gabzdil Libertiny debuted in Milan last year as part of Droog's exhibition. The vase is literally made by bees. Libertiny constructed the piece by making a vase-shaped beehive scaffold which was removed after one week, and the efforts of approximately 40,000 bees. The designer coined the term 'slow prototyping' as an ironic counterpoint to today's rapid prototyping technology.