During the Cold War, Switzerland built a complex network of underground nuclear fallout shelters. The bunkers are sometimes used to temporarily house people in need, like homeless populations during the winter. Between 2014 and 2016, Switzerland received a huge influx of asylum-seeking refugees and turned to the bunkers to provide much-needed additional shelter. When they were built, the underground spaces were only intended for extremely short stays in dire emergency situations, but at the height of the refugee crisis, migrants were often housed there for six months to a year, while they awaited more permanent placement. 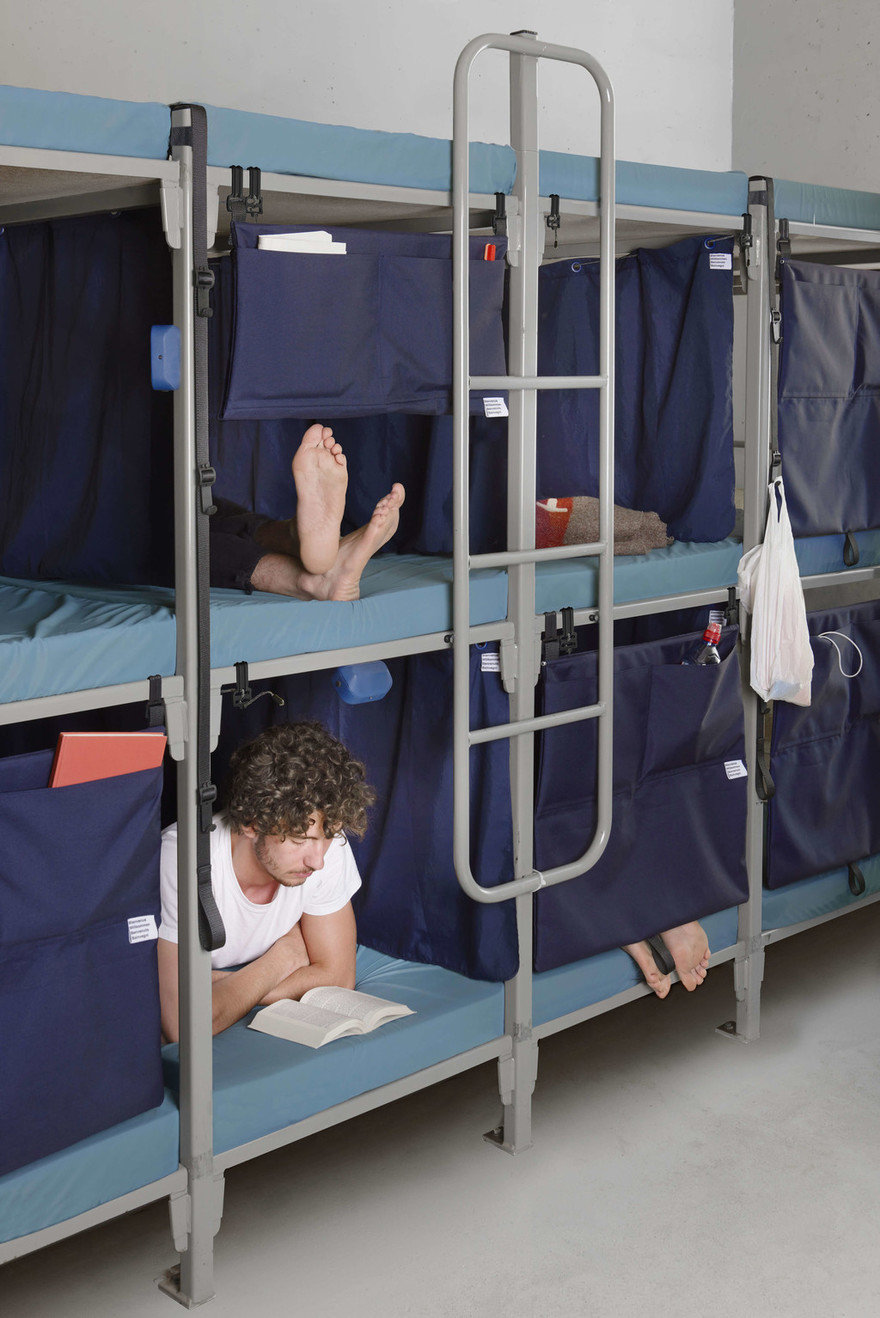 Even though asylum applications in Switzerland have drastically reduced in number since then, designer Iskander Guetta was inspired to think of a simple, but powerful design solution that could make those spaces more habitable, should the situation arise again. "Everybody knows the living conditions in these bunkers are rough, but no serious conversations are held about potential solutions because nobody thinks it's worth investing in finding a solution for a 'temporary' case," Guetta explained in an interview. 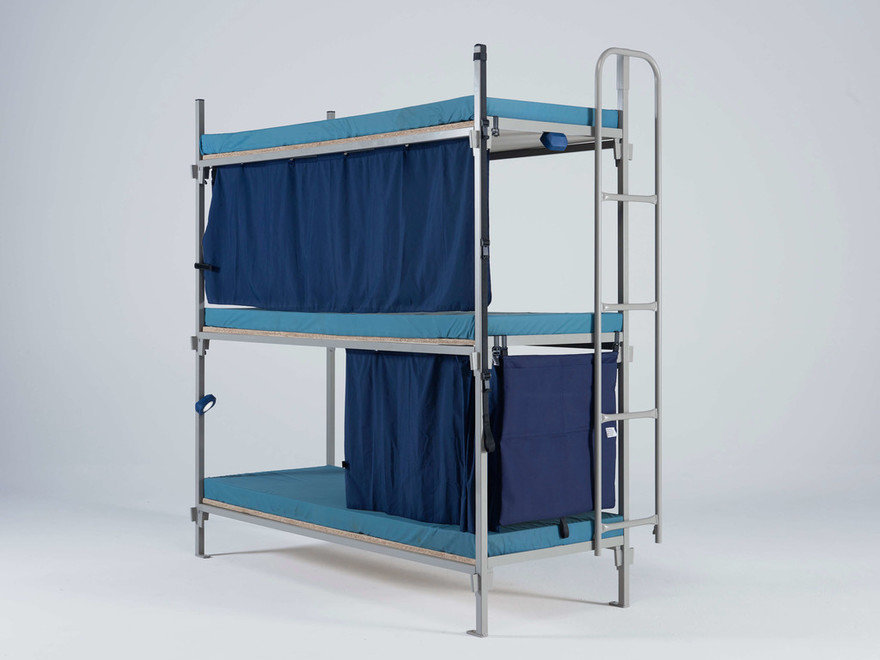 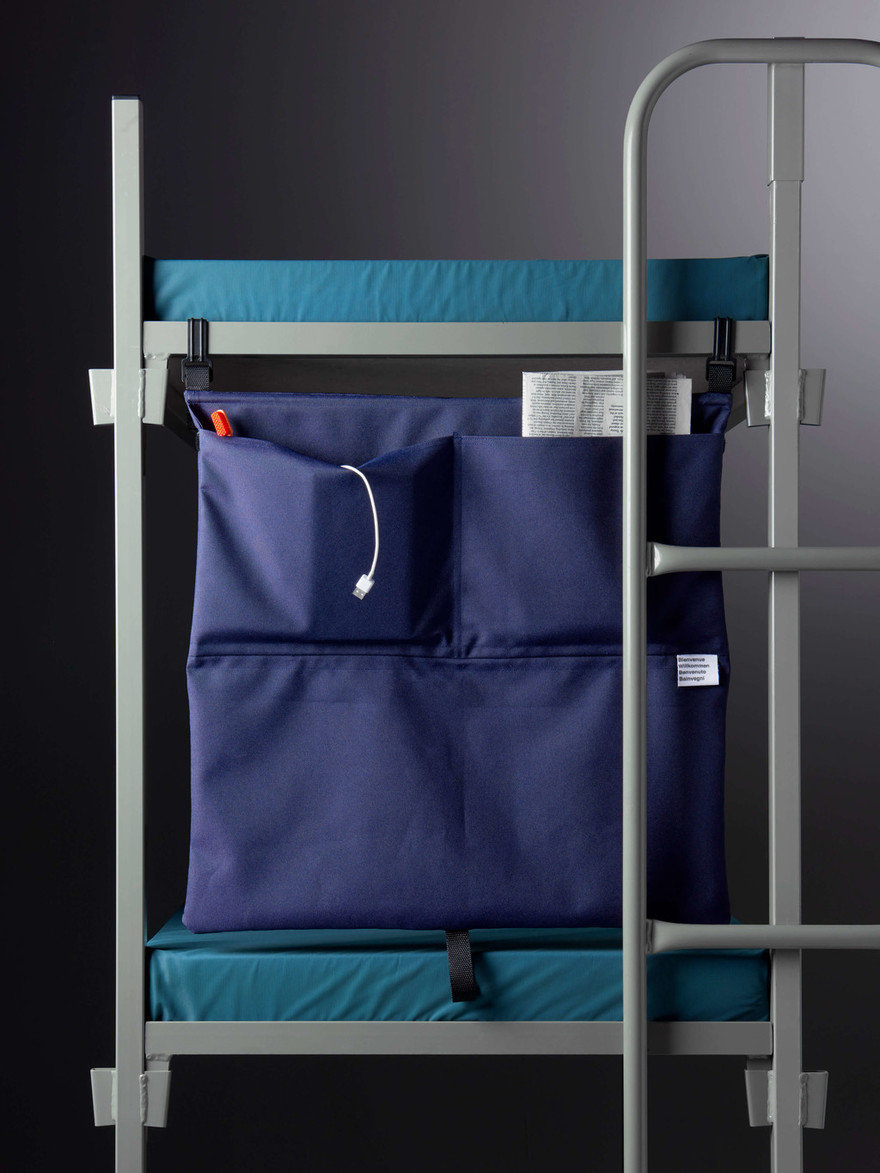 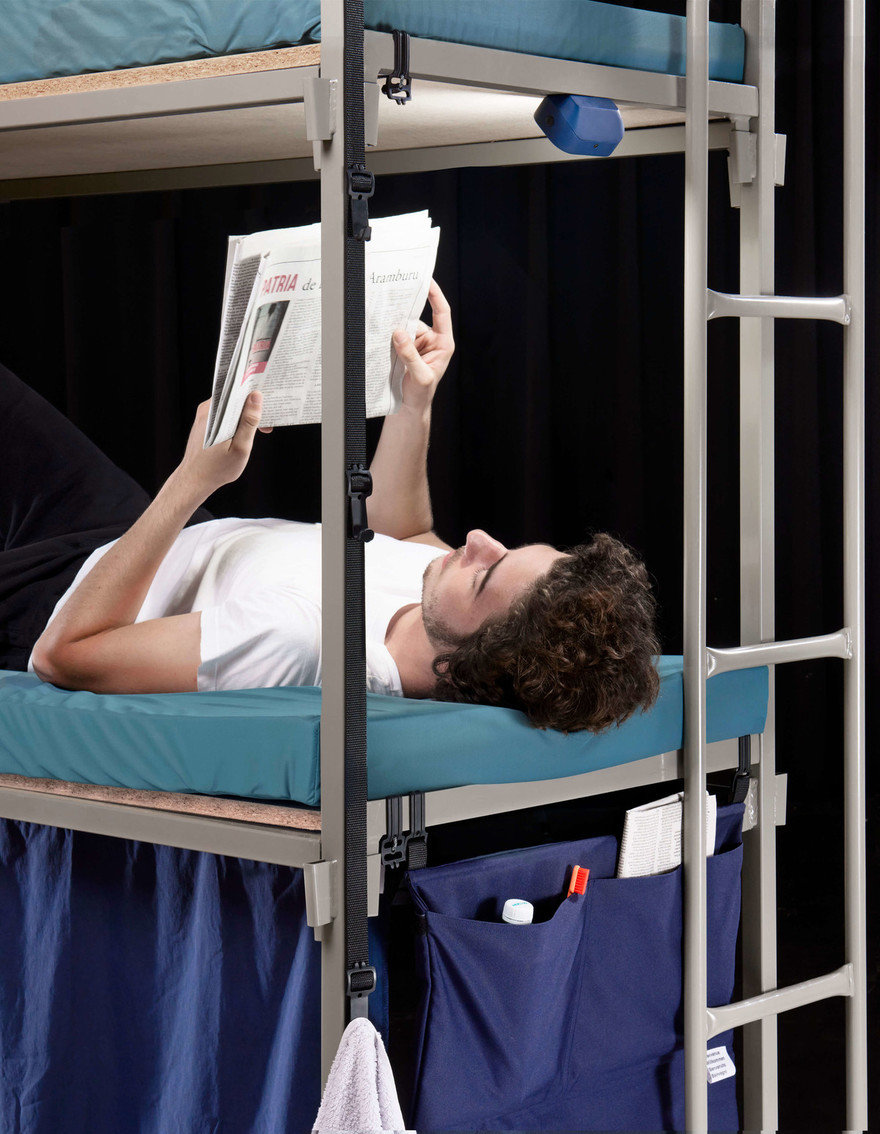 During his third year of design studies at the Lausanne University of Art and Design, Guetta had an opportunity to tour the bunkers and better understand the living conditions within them. "Everything had the same color, the same tables, chairs, walls," he found. "It made me think of a prison." He noticed that residents were finding ad-hoc ways of creating a bit more privacy for themselves—using bedsheets as curtains, for examples—and was inspired to make more durable, practical solutions for these types of problems.

"Every single piece of furniture, from the shower curtain to the cushion, is standardized and has to fit within the federal norms for these fallout bunkers," he said. "As a designer, this was an interesting starting point, because it meant that I could produce a standard object that would again fit within these Swiss norms, which meant it could be used in any bunker in the country."

As part of his graduation project, Guetta designed a series of accessories to give residents "a little more intimacy and privacy, using the only space they have for themselves: their spot in one of those bunk beds." 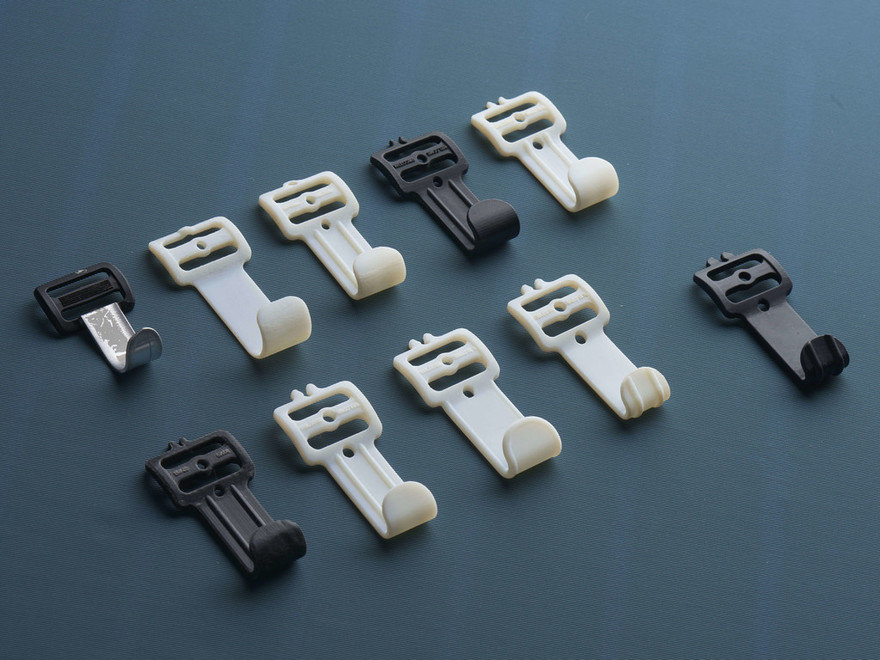 Development process of the hook 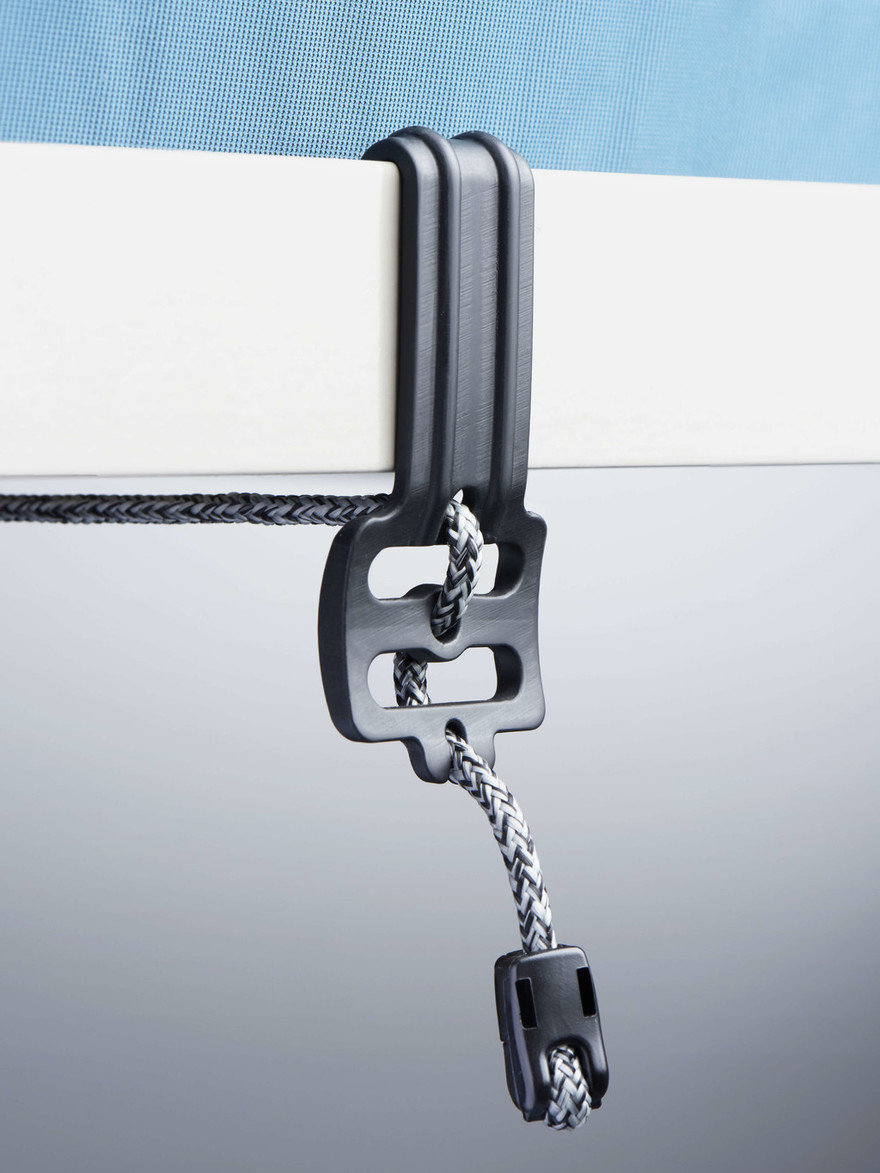 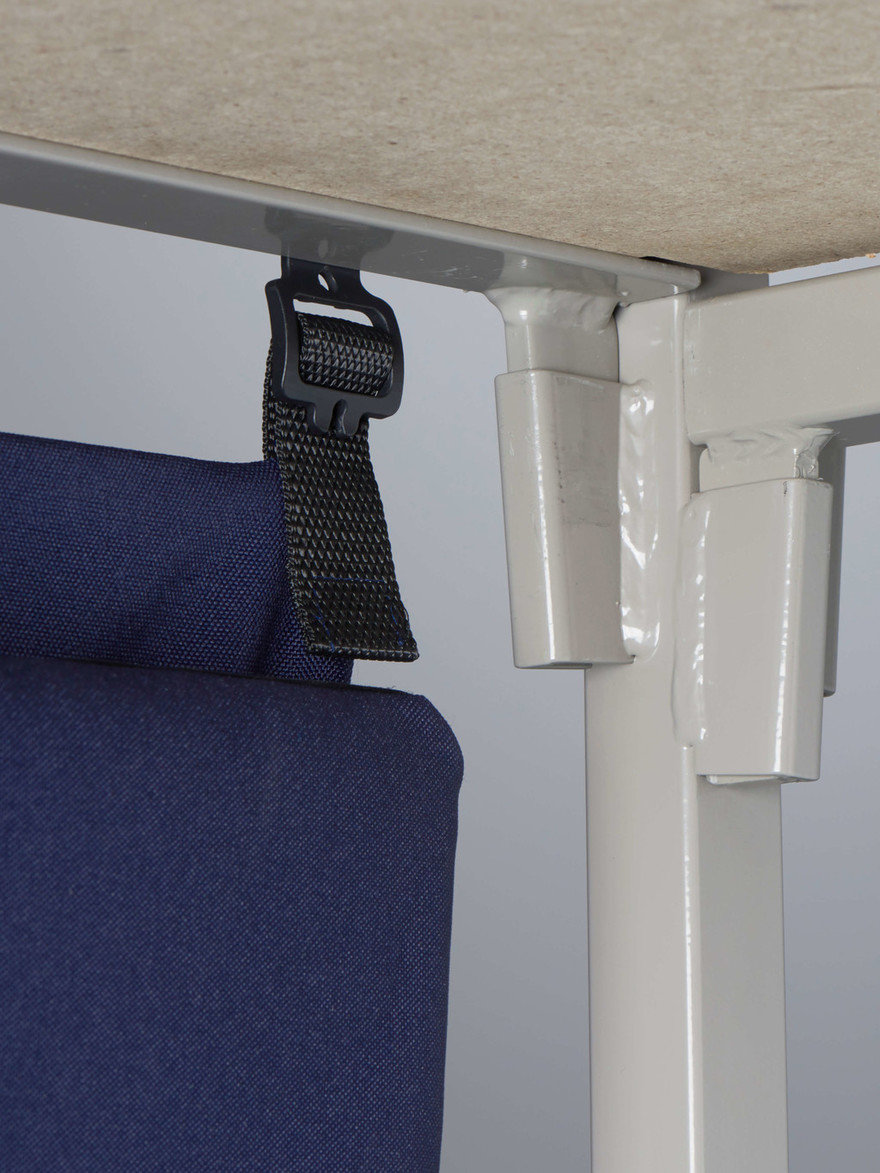 The award-winning Abri+ collection is comprised of an individual curtain system, a magnetic reading lamp, and a pouch for storing personal objects. It all stems from a simple hook that serves as the core of the collection and allows for further extensions of the system. "As I was trying to find a way to hang the curtain and the pocket, I realized that having just one piece to install all the elements would be cheaper and more efficient," he explains. "So the same element can be used to stretch the curtain, to hang the pocket, and also simply as a hook. From that, I was able to develop the whole set."

Guetta's project is deeply rooted in the specific context he was designing for, but ultimately he wanted to have a more universal appeal. Looking at the project images, "if you don't know the original context of the project, you would think it's just objects made for [any] bunk bed," Guetta notes. "That kind of neutrality was very important to me...had I designed or framed the objects with too much of a visual reference to the original political context, I would have further stigmatized the people affected by it as 'migrants,' as something 'other,' while they should be considered as simply part of 'everyone.'" After all, everyone deserves basic human comforts and a sense of privacy and safety—that's exactly what Guetta's project underscores.

Watch Guetta talk about the project in greater detail here: