The designer's latest collection is on view at David Gill Gallery

Sebastian Brajkovic has made a practice out of distorting classical French furniture. The results are often surreal, forms that bear the mark of time passing and seem to be unraveling almost before our eyes. A few years after his celebrated Lathe series, the Eindhoven grad recently debuted new work at David Gill Gallery as part of an exhibition titled The Occidental Artisan. 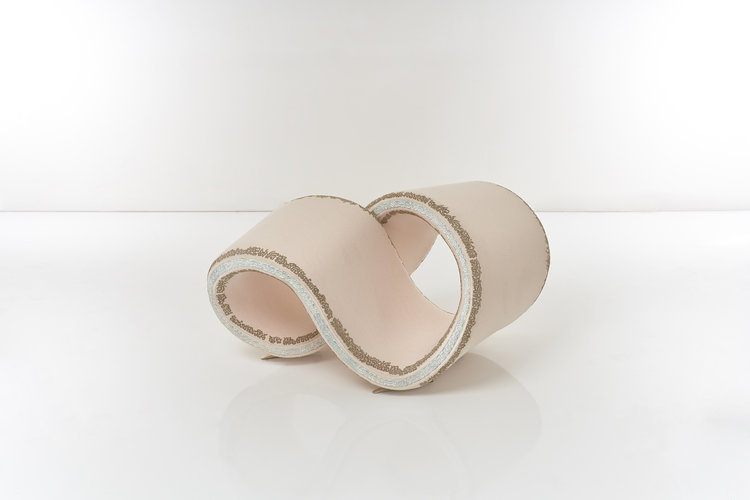 The show is comprised mainly of benches and chairs, a focus that allowed Brajkovic to explore the intertwining of seat and sitter, which he thinks of as "two bodies interacting."

"I see the chair as a human shape that holds us," he explained in a press statement. "I look at a bench and ask, how does it move, where does it turn or twist at the waist?"

His interest in anthropomorphism combines with mathematical thinking to create pieces such as the Mobius Strip-like Lemniscate chair, pictured above. "I like taking mathematical thoughts and doing something elegant with them," he says. 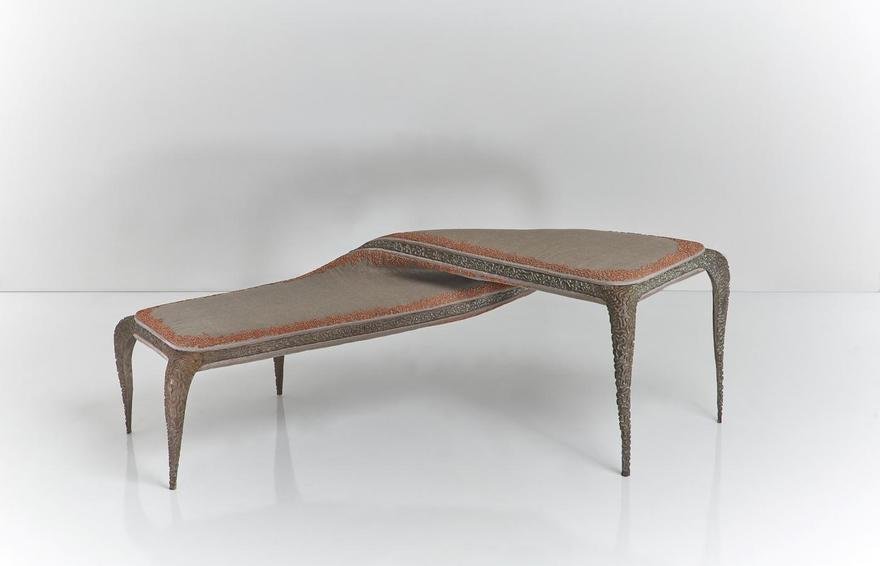 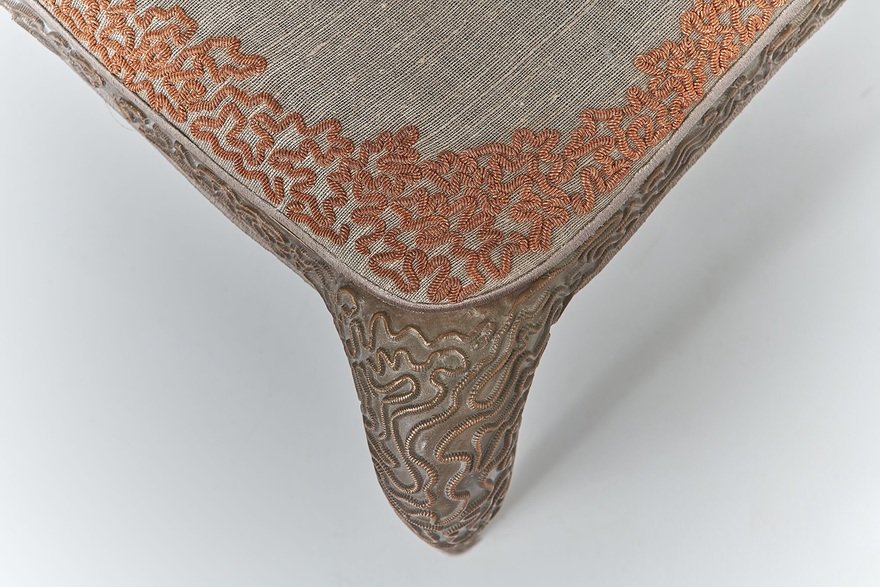 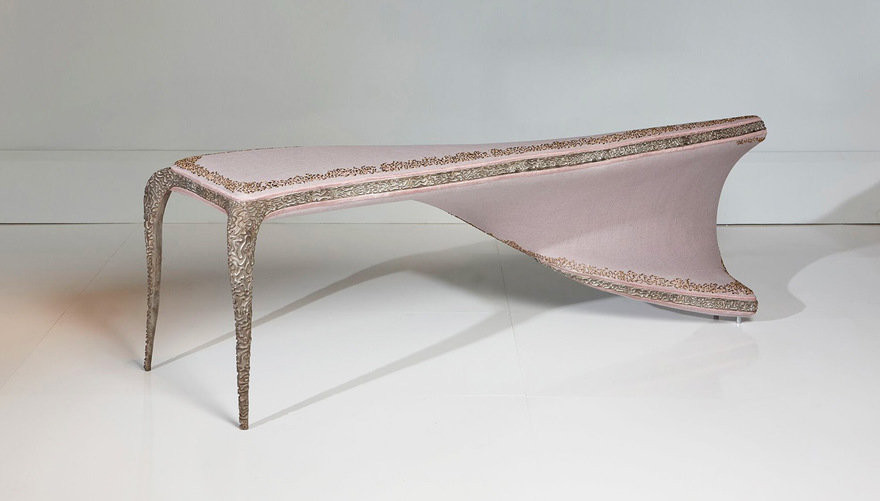 There's also a greater personal element with this show, which explores how the designer's eastern and western cultures (his mother is Dutch-Indonesian and his father is Croatian-Italian) meld through his work. For example, the elaborate embroideries on some of the pieces were inspired by Brajkovic's studies with a master calligrapher. 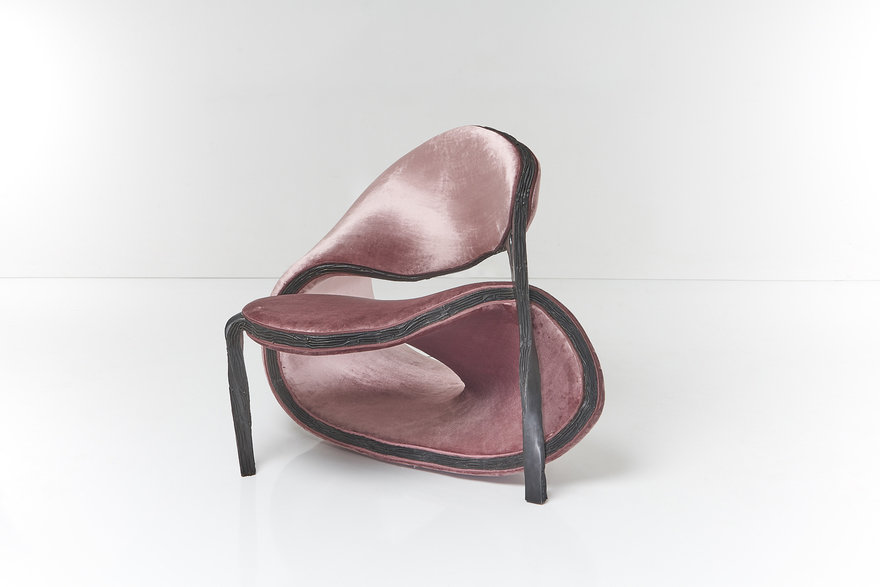 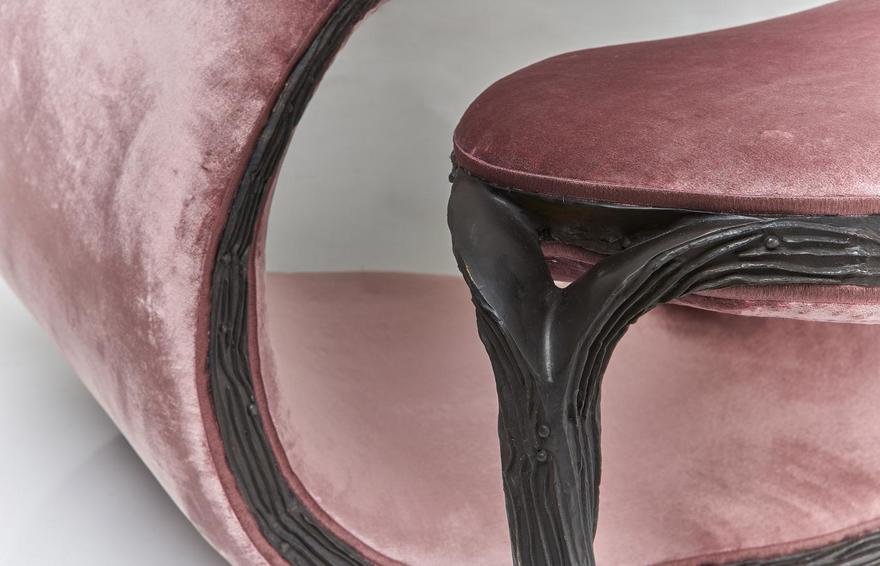 In terms of process, this work departs a bit from the designer's use of digital technologies in the past. He creates a faintly oxidized patina on the bronze structures and upholsters the pieces himself, then they're stuffed with horsehair and sent to couturiers who complete the embroidery. 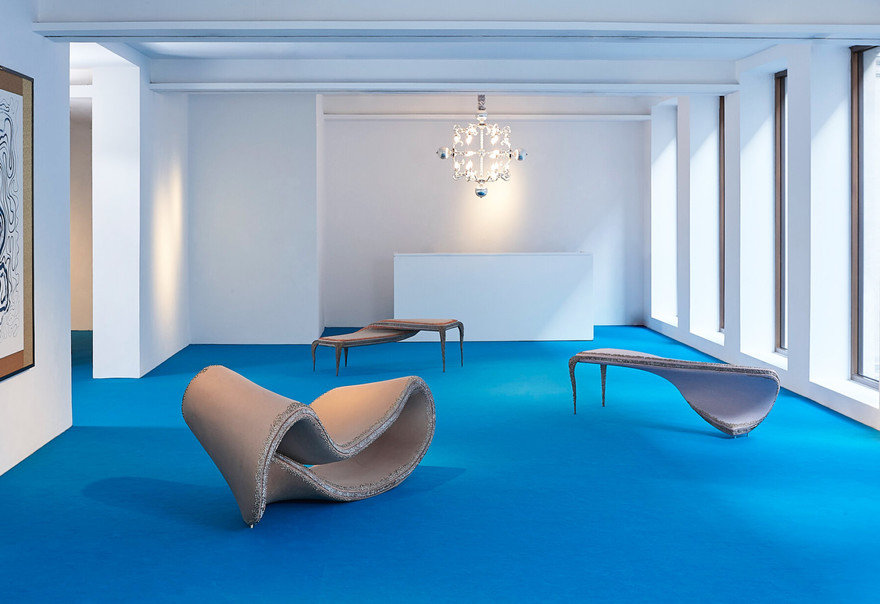 The show also includes three chandeliers made by Brajkovic in Murano and exemplifying his first foray into glass and a collection of works on paper that offer more insight into his creative practice.

The Occidental Artisan will be on view at David Gill Gallery through October 17, 2019.