Designing safer streets and practicing more mindful driving are the most important factors in preventing cycling accidents, but innovations in helmet design—especially helmets that people actually want to wear—are still a big deal. When the marshmallowy, inflatable Hövding helmet came out on the European market in 2016, many would have called it implausible. The company claimed the head-airbag was up to eight times safer than conventional helmets, but with a steep $600 price tag, there was reason to be skeptical.

Three years and a whole lot of testing later, Hövding has just released its third-generation helmet, Hövding 3. The idea behind it is that a cyclist wears it around their neck unobtrusively like a collar. Internal sensors respond to motions that suggest an impending accident and the airbag inflates around the head and secures the neck. 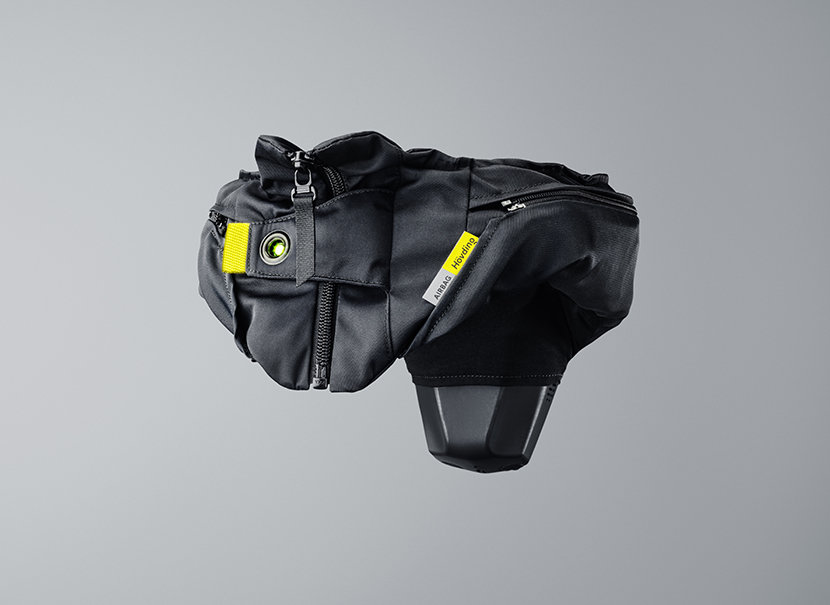 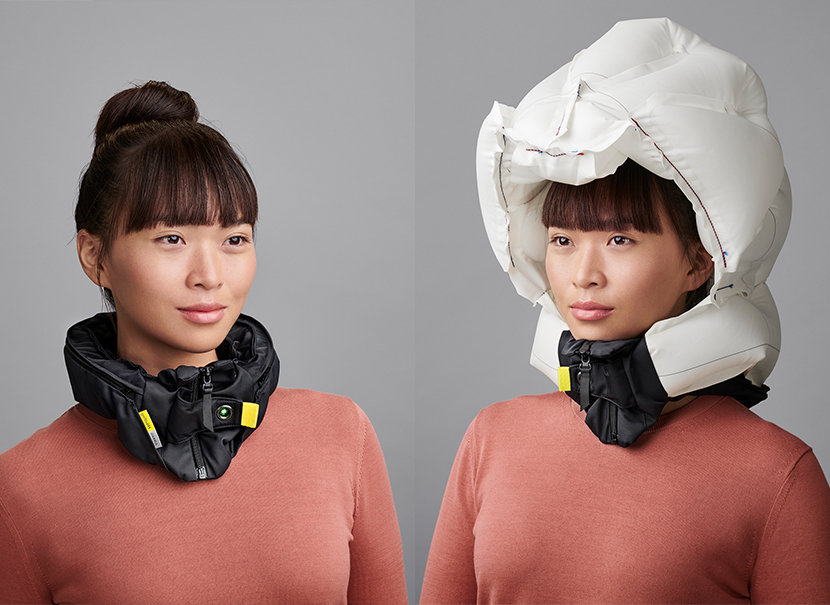 The new generation will set you back $310 and is designed to be smarter and easier to use. It features adjustable sizing, a longer battery life that lasts up to 15 hours, and a new app that can call your emergency contact as soon as an accident takes place. The app serves another important function, in that it uses your phone's GPS to gather data about where the accident took place. Collectively, this GPS data may pave the way for safer streets in the future by providing a clear map of accident-prone areas and key insights into how cycling infrastructure should be developed.

Safety tests were carried out at Stanford University. Although this video is from 2016 and may be a bit outdated, it'll give you a sense of their process.

"For the development of Hövding 3, we collected more data than ever on cycle movements and accidents for the algorithm," the company said in a press statement. "This included staging more than 3,000 accidents with stuntmen and collecting data on over 2,000 hours of standard cycling. When Hövding has been activated, it registers movements 200 times a second. In an accident, the airbag is inflated in 0.1 seconds to enclose the head and hold the cyclist's neck in place."

In the years since it launched, Hövding has been used by around 185,000 cyclists and over 4,000 have reported being successfully protected in an accident by the airbag.

"Cycling may be the answer to many of the challenges relating to the environment, congestion in cities, and health, and we want to take cyclist protection to the next level. We know that safety means more than just reactive protection. We need to be proactive to improve accident statistics," Hövding CEO Fredrik Carling said.

There are some clear drawbacks to factor in, like the fact that it can only deploy once and then you'd have to buy a new one. But the research looks promising and it raises important questions about the links between wearability and safety. What do you all think? Yea or nay?