While conducting unrelated research for her dissertation, architectural historian and design writer Esther Choi stumbled across an elaborate, illustrated menu developed by Lászlo Moholy-Nagy for a dinner honoring Walter Gropius in 1937. The serendipitous find inspired Choi to start creating her own recipes inspired by artists and designers. Those dishes set off a series of dinner parties at Choi's home, during which she surprised guests with plates like "Florence Knoll Rolls", "Frei Otto Frittata", "Superstewdio", and "Rem Brûlée". The playful recipes she developed over the years have been gathered in a gorgeous cookbook titled Le Corbuffet, published October 1st by Prestel. 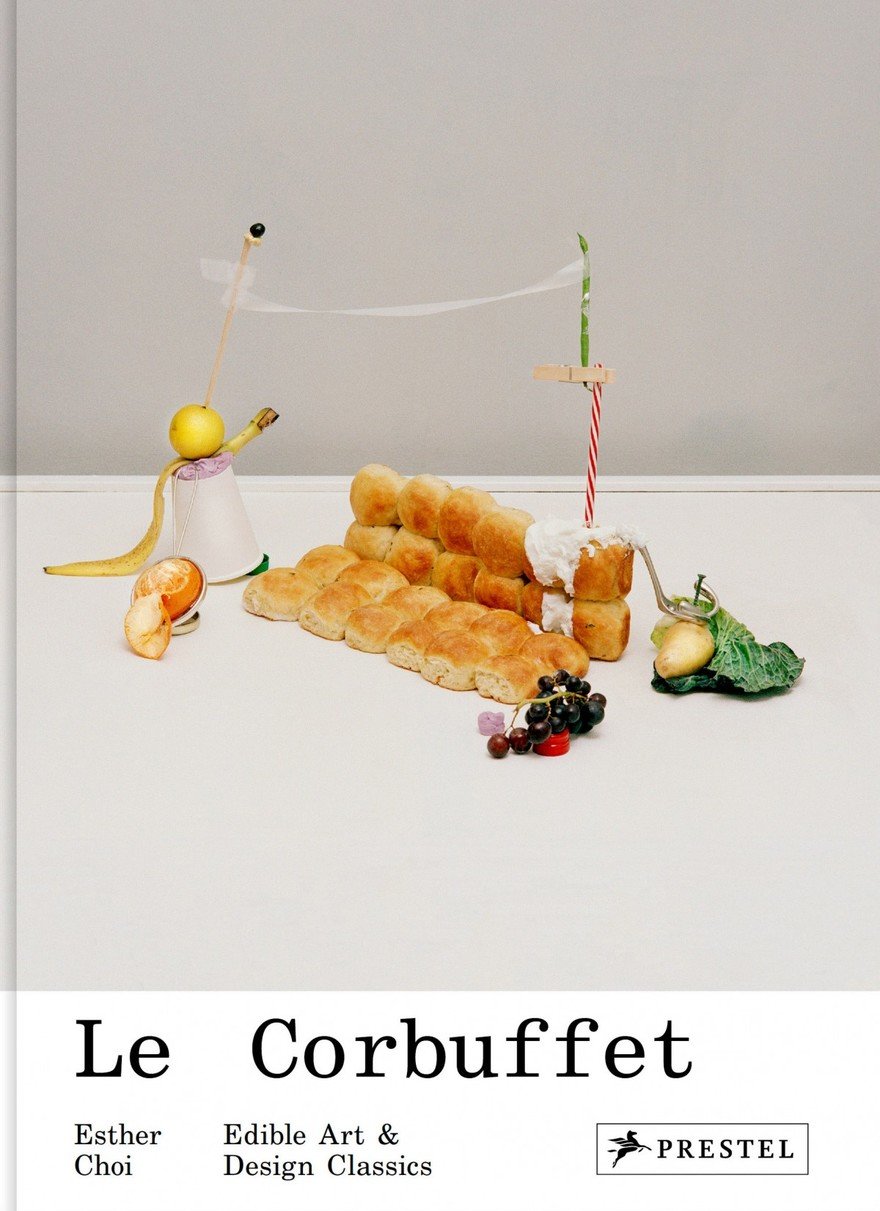 "I hosted the first in a series of 'Le Corbuffets' in my Brooklyn apartment, a project which carried on until 2017. Offering meals to an assortment of guests, these social gatherings revolved around the consumption of absurd, pun-inspired dishes that referred to canonical artists and designers," Choi explains on her website. "As a commentary on the status of art, food, and design as commodities to be 'gobbled up' by the market, the project deliberately twisted idioms to explore the notion of 'aesthetic consumption' through taste and perception." 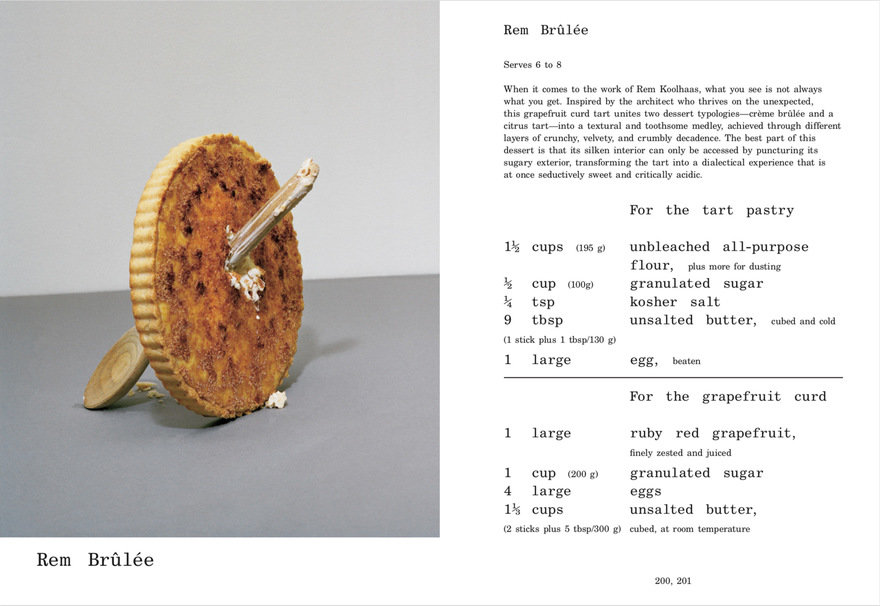 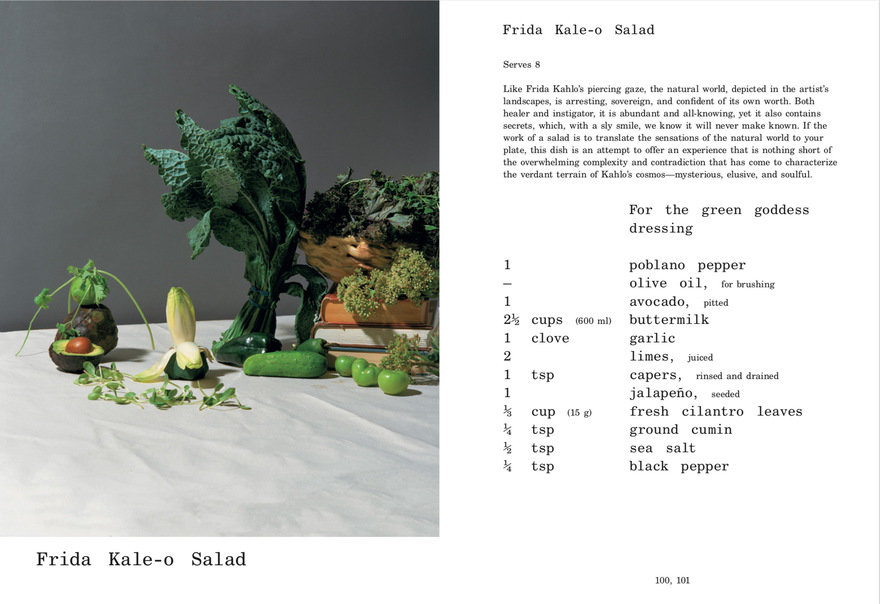 Some of the recipes are inspired by biographical details or aim to translate the qualities of an artist or designer's work through the medium of food. In developing the "Richard Serradura", for example, Choi wanted to riff on artist Richard Serra's use of industrial materials and manufacturing processes by creating a dish made only of mass-produced ingredients. The Flan Flavin, on the other hand, nods to the artist Dan Flavin's fluorescent light works with a lime-colored custard.

The recipes are paired with stylized, deconstructed images that don't necessarily reflect how your finished dish will turn. If they seem overwrought, don't be dismayed. The recipes themselves are surprisingly traditional and written to be both accessible and delicious, using easy-to-find and economical ingredients. In fact, if the pun-inspired names didn't already tip you off, the book repeatedly pokes fun at the exclusivity of highbrow culture.

"The Gropius menu represented a culinary experience for the cultural elite that mirrored the precious inaccessibility of the cultural commodities that have come to characterize the art/design canon," Choi elaborated in a recent interview. "The book's recipes attempt to unpack this relationship by privileging resourcefulness over resources and trying to encourage creative production using a limited economy of means." 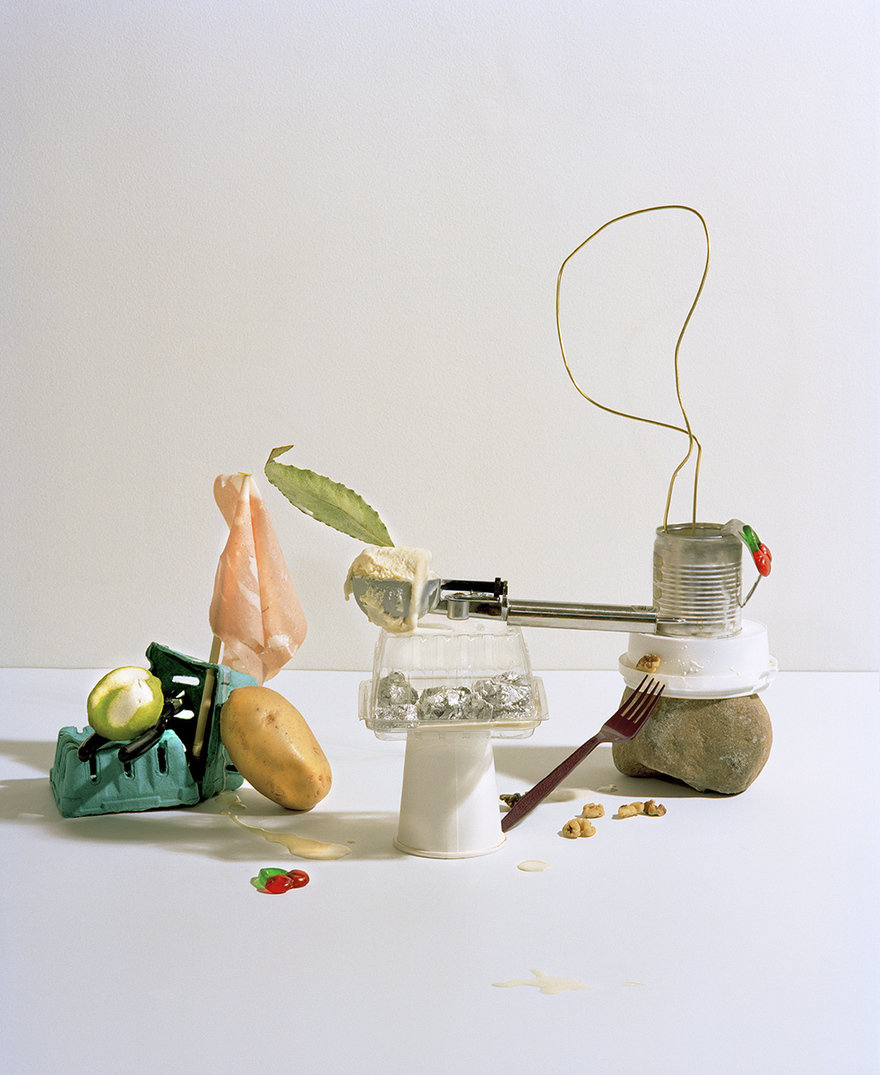 This image pairs with Choi's recipe for Fischli and Weisscream and loosely evokes the duo's famous film, The Way Things Go.

Ultimately, the cookbook aims to suggest "there is something crucial in the idea that anyone can make anything—especially experiences meant for sharing—using ordinary things."