Product design irony: All smartphones look like simple glass rectangles, yet contain lots of on-screen complexity. "Dumb phones," on the other hand, are much more complicated on the outside, festooned as they are with physical buttons, but sharply limit the on-screen action.

Which is better for our mental health? While it's the smartphone that has society addicted, a handful of designers are betting that dumb phones can get people unhooked. We first saw this with the Jasper-Morrison-designed MP01 for Punkt, back in 2016: 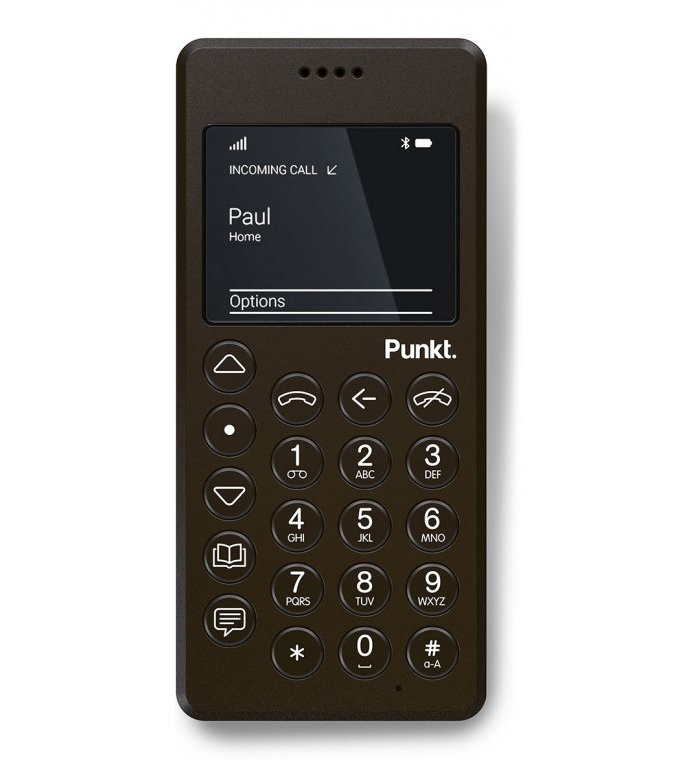 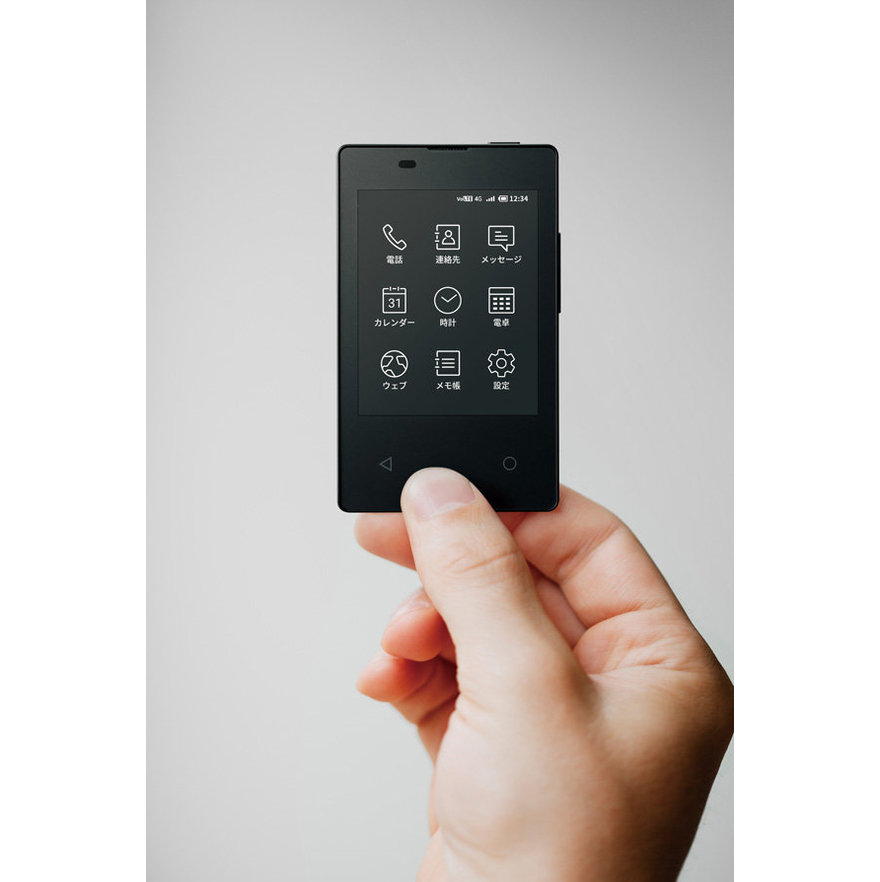 This year the trend--or perhaps potential cure, I should say--continues. A startup called Mudita has designed the Pure, a minimalist phone that uses an e-ink display and comes in black or white: 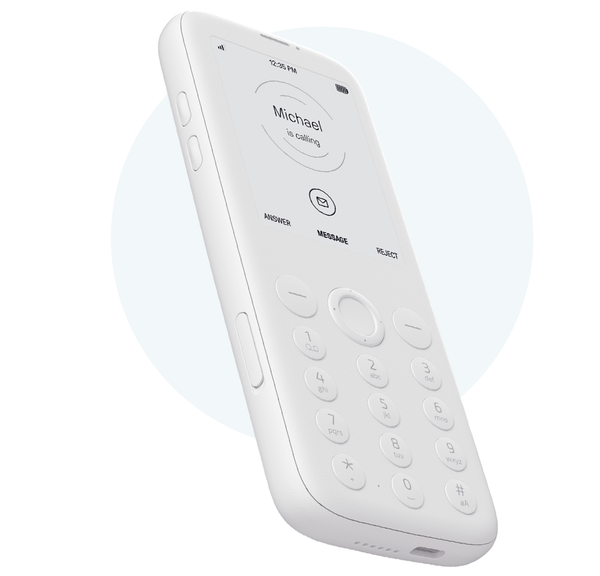 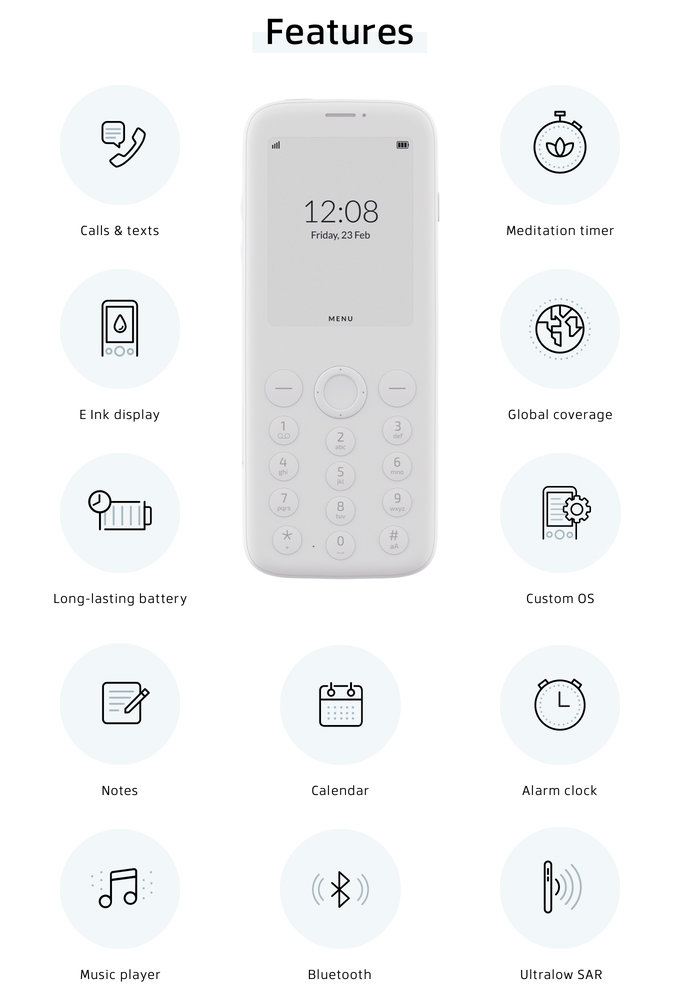 If you're wondering why the phone's timer is called a "meditiation timer:" Company founder Michal Kicinski, who ran a successful videogame company for 18 years and lived a high-stress lifestyle, had a life-changing experience when his business partner took him to India for a 10-day meditation retreat. "I said 'yes', not really knowing what it was," Kicinski writes. "During the flight I read that we're going for a 10 day long course of meditation, where you sleep in separate rooms, wake up at 4 AM and meditate for 10 hours.

"I thought it was crazy but decided to follow the instructions precisely. This is how a new chapter started for me. Those 10 days opened my eyes to a completely new way of thinking and living, I felt like someone had taken a really heavy bag from my back and was letting me start over. Nothing since this trip brought about as a big change in my life. Vipassana [meditation] helps you to get to know and understand yourself better, the reasons behind your choices and behaviours. It helps you find the tools you need to remove negativity from your life. Meditation from that moment on became an important part of my life." 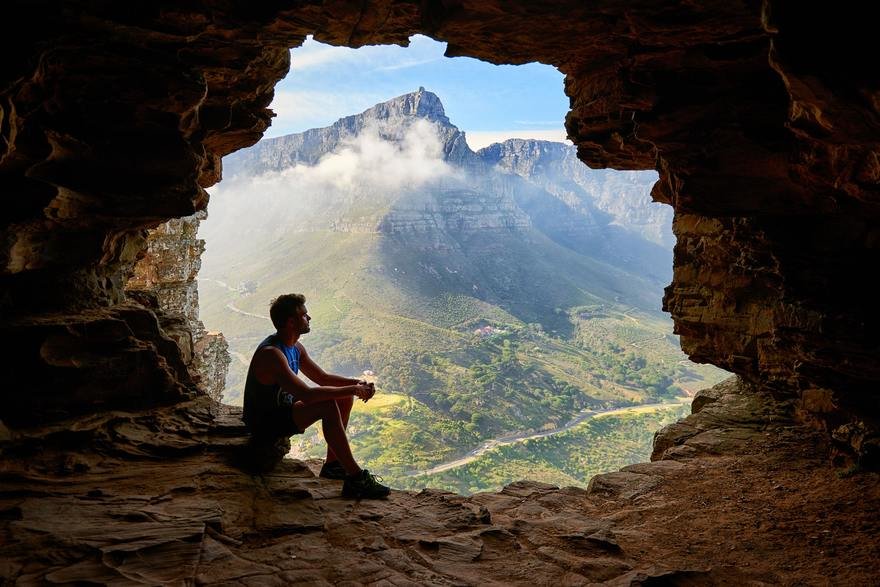 Kicinski then changed his life drastically, reformatting his diet for better health and even launching a vegan restaurant. On the technology front, he launched Mudita. "One of the biggest problems of the modern world, that I saw, was that new technology became inhuman. It has two sides and sometimes we only start to notice the darker one after some time. In the beginning, we are fascinated by technology and the side effects or long-term consequences come much later. We're not always able to use it in an intentional way, so that technology supports us and doesn't become an addiction.

"Most companies profit from keeping the users in front of screens for as long as possible. Limiting our world to a five inch screen steals us from experiencing the world fully.

"We created Mudita in order to design products that would allow us to use new technologies without experiencing those negative effects for our physical and mental health." 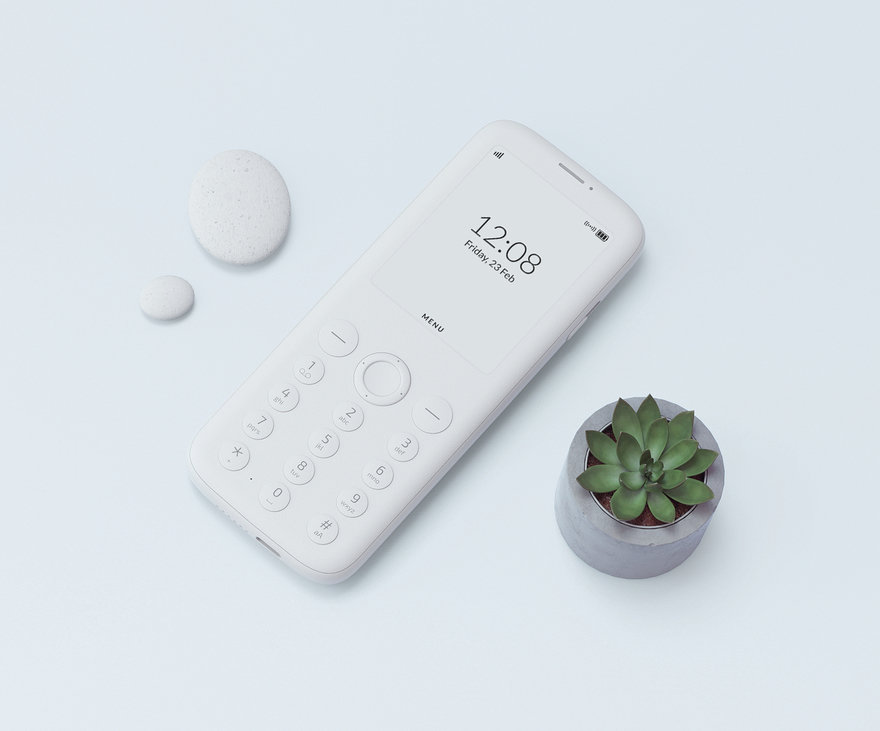 The Mudita Pure already become a smash hit on Kickstarter; at press time it had reached $218,090 in funding, more than doubling its $100,000 goal, and there are still 16 days left to pledge.