"I am not a skater," clarifies designer Reina Imagawa. So when she devised of a project intent on challenging how the institutional space can relate to local skateboarders, she quickly recognized the importance of incorporating the skaters themselves. As a part of her designer residency at Museo Tamayo Arte Contemporáneo, a contemporary art museum in Mexico City, she conceived of and launched Skatelab (Laboratorio de skate): a design project temporarily appropriating an unused pavilion in the back of the museum, creating a space dedicated to play and skating to explore and offer agency to the contemporary skateboarding subculture. Both technically and culturally, she relied on skaters and their existing community in Mexico City to steer her project, its design concept and elements, and its programming and engagement with the city and the museum space. 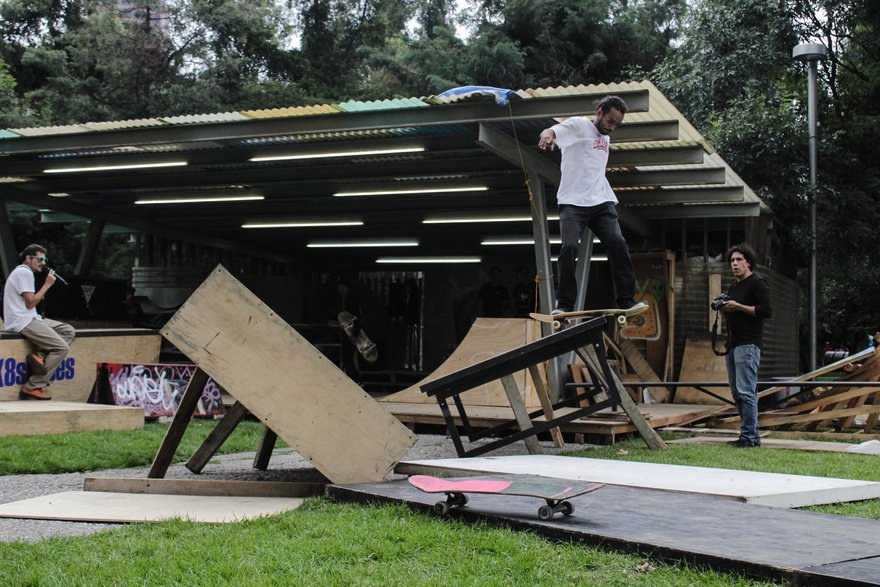 DIY architecture - One of the best skaters in Mexico City, TJ, rips on a DIY skate spot that he and other skaters made in Museo Tamayo. The skateable objects were provided by SK8SCAPES, Monkey Skateboards and Ucanskate, and all of the materials used in the DIY portion of Skatelab were sourced and chosen by the skaters themselves. Photo credit: Miguel Rojas Rea 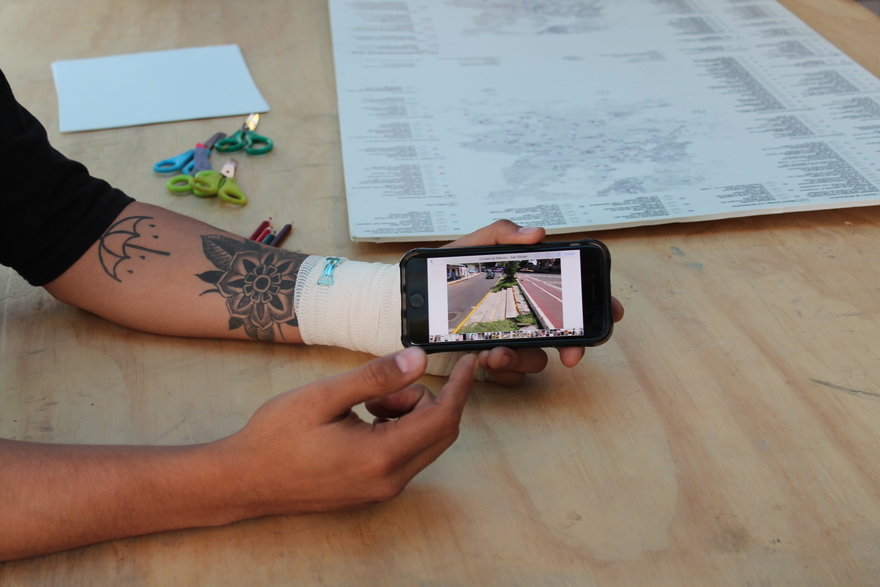 Skatography workshop with Anónima, 1 - A skater shows a photo on his phone in response to the brief, "skateparks that are not skateable." This collaborative workshop with Anónima aimed to map the geography of a skateable city through stories, photos, and experiences, as well as understanding the lesser-known geography of skate that exists outside of the city's borders in Estado de México. Photo credit: Reina Imagawa 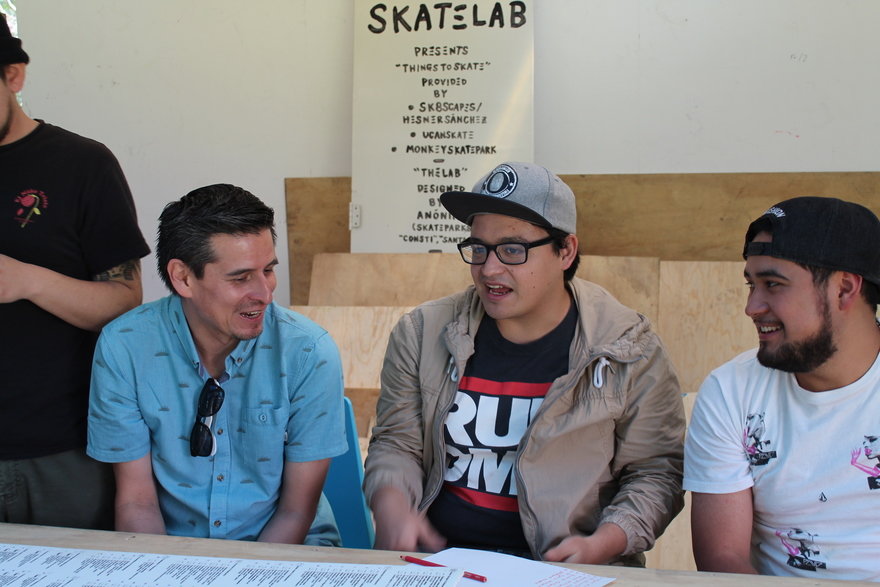 Skatography workshop with Anónima, 2 - Skaters talking with Erik Carranza of Anónima about skate spots in Estado de México. Anónima is one of the key players in the landscape of publicly funded skate park construction in Mexico City, and their participation was a huge plus in understanding and collectively discussing the changing contemporary landscape of play. Photo credit: Reina Imagawa 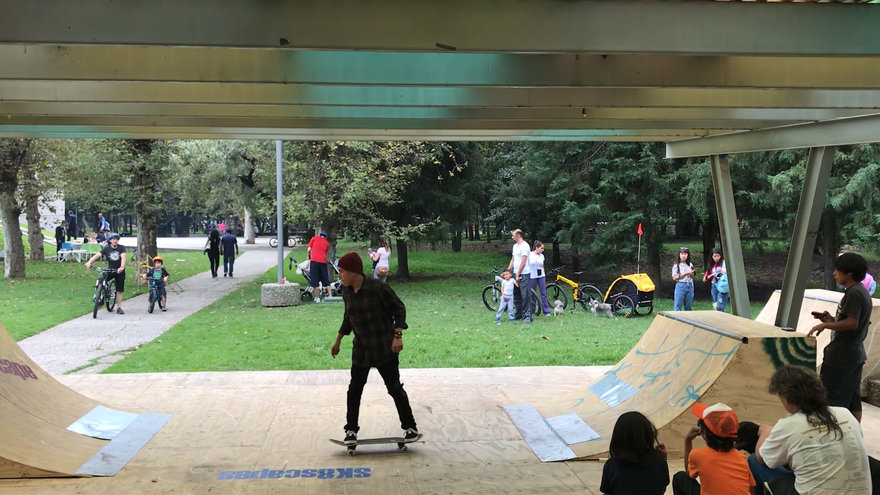 New dynamics in the museum - Just by skating, skaters created a whole new dynamic and sets of socio-spatial relations with the passersby, such as people on bikes, people walking their dogs, children playing, and museum-goers. Photo credit: Reina Imagawa

Skatelab was ultimately an access point for looking at larger urban sociocultural relationships, and seeking to develop symbiosis between institutional and public entities. By challenging the customary intents of large-scale urban design initiatives through appropriating their sites and objects, Imagawa forged new channels through which non-institutional actors (skaters) were able to enter and creatively occupy institutional spaces.

The process was research-driven, with Imagawa poring through skate literature, doing firsthand interviews, and connecting with other skate-interested researchers or conceptual thinker-designers like herself. She then began to collaborate with the Mexican firm Anónima on its architecture, "a deliberately minimalistic vision," she says – "an alternative, if not an antithesis, to the rise of skate park construction in Mexico City," which "create[s] highly scripted and programmed play spaces." Their finished design was modular and adaptable, encouraging experimentation and appropriation of the objects themselves, with only a few stationary elements involved.

Skatelab's concept was reliant on engagement. So, in addition to the transformed spatial-relational opportunities the project offered, it also incorporated museum-led programming catered to the skating community, such as discussions, markets, art and grounds tours, offsite exhibitions, and workshops.

Skatelab continues to explore how contemporary practices of play in urban settings are shaped and informed by institutional modes of design practice. In the long run, this programming ultimately also serves to spur other productive explorations of – and challenges to –the separations between institutional spaces and the larger public.

And to think such an important conversation could be facilitated through play. 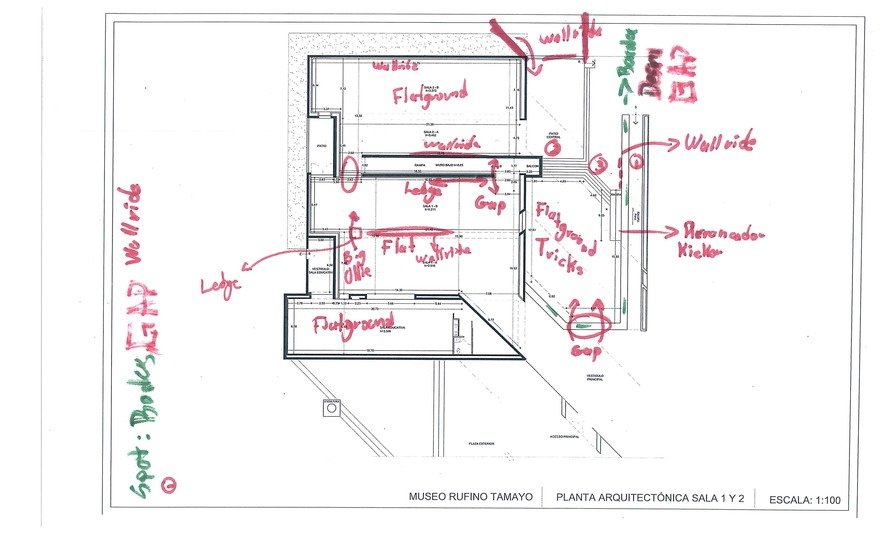 Making the museum skateable, 2 - One of the maps produced as a result of skaters going around the museum and meticulously analyzing it for skateable opportunities. 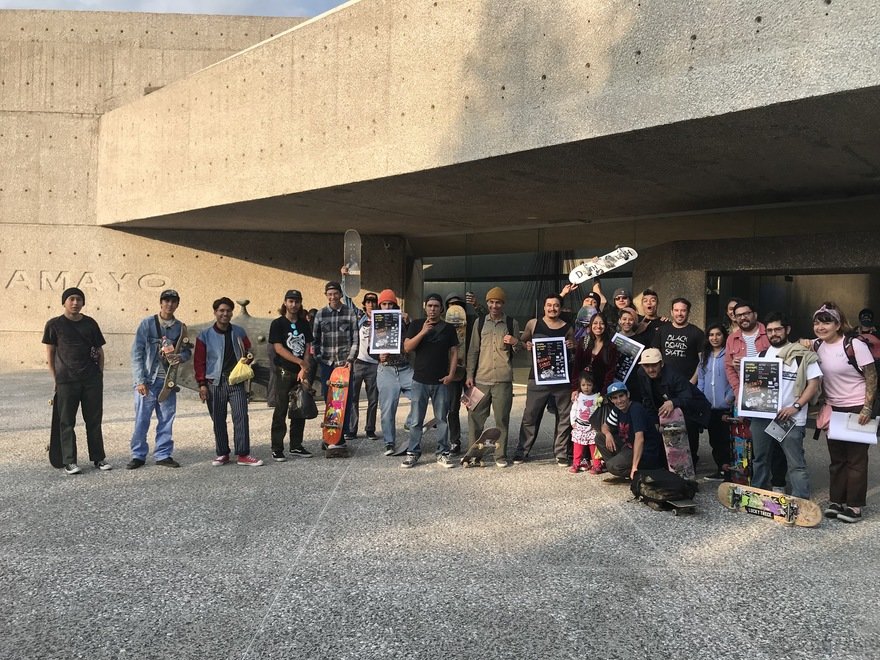 Festival de Cine Skate (Skate Film Festival) - The skaters who participated in the first skateboarding film festival in Museo Tamayo, which included 9 local brands from Mexico City and the showing of "Build Ramps Not Walls" from Shore Skatepark in Punta de Mita. The event was produced and organized by Malina, the founder of the all-female skate group Mujeres en Patineta. Photo credit: Reina Imagawa

As Imagawa says, "gracias skateboarding" for its impassioned communities that made the success of the Skatelab project possible.