…and how this is really about using wood to replace metal

If you're shopping for a 3D printer, a key consideration is bed size; what's the largest object you'd realistically need to print?

For the University of Maine's Advanced Structures and Composites Center, size limitations aren't so much of an issue. That's because they've got a gantry-style 3D printer that can spit out pieces that are 22x100. 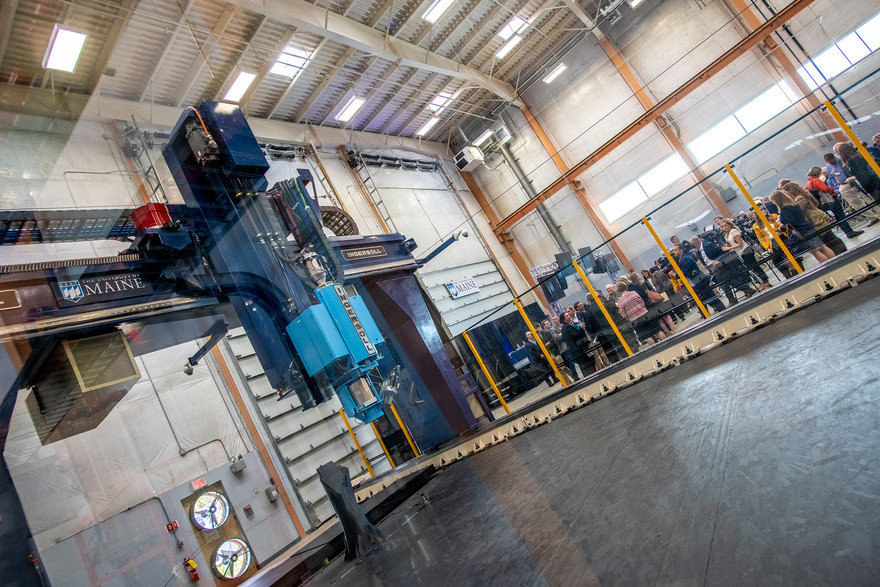 However, they didn't create the boat purely to gain awards--nor even to work purely with polymers. While the boat is a project in its own right, and will be tested with a wind machine and wave basin at an offshore facility, the real story here is about, believe it or not, wood.

Specifically, wood as it can be integrated into large-scale 3D printing and serve as a possible replacement for metal.

To explain, the University of Maine and the Oak Ridge National Laboratory* are trying to develop large-scale additive manufacturing using biobased materials. The goal is to be able to rapid-prototype large-scale objects for both civilian and defense infrastructure applications, like bridge girders, shelter systems and concrete formwork. But the problem with 3D-printing big-ass things is that the structural demands are quite high; that's why large-scale constructions typically use metal.

However, UMaine and ORNL are trying to discover if printed biobased materials would be strong enough to use in place of metal. Learning the answer requires large-scale testing, hence the development of their super-sized printer. If their hypothesis is correct, that would not only cut costs--metal is quite expensive these days--but also make good use of the much more renewable resource of wood, of which Maine just happens to have plenty.

"Maine is the most forested state in the nation, and now we have a 3D printer big enough to make use of this bountiful resource," said Maine Senator Angus King, who attended the boat's unveiling. "Today marks the latest innovative investment in Maine's forest economy, which will serve to increase sustainability, advance the future of biobased manufacturing and diversify our forest products industry. This is a huge opportunity for the state of Maine, and I'm grateful to everyone — especially the University of Maine and the FOR/Maine initiative — for their work to make this day a reality."

If you're wondering how wood could possibly be used with a 3D printer designed to work with polymers, the answer is cellulose nanofibers, or CNF, which can be produced from wood pulp. CNF contains, as the full name suggests, groupings of tiny fibers that, when integrated with thermoplastics, should add a seemingly disproportionate amount of strength. It's not an exact analog, but if you imagine how the glass fibers in fiberglass or the fibers in carbon fiber add strength to their overall structures, you'll have the general idea.

UMaine has dedicated enough resources to the Advanced Structures and Composites Center over the years for them to become a leader in CNF technology. It makes sense, given that they're surrounded by forests, and they're also taking advantage of their coastal location and the prevalence of watercraft, which brings us back to the 3D-printed boat. 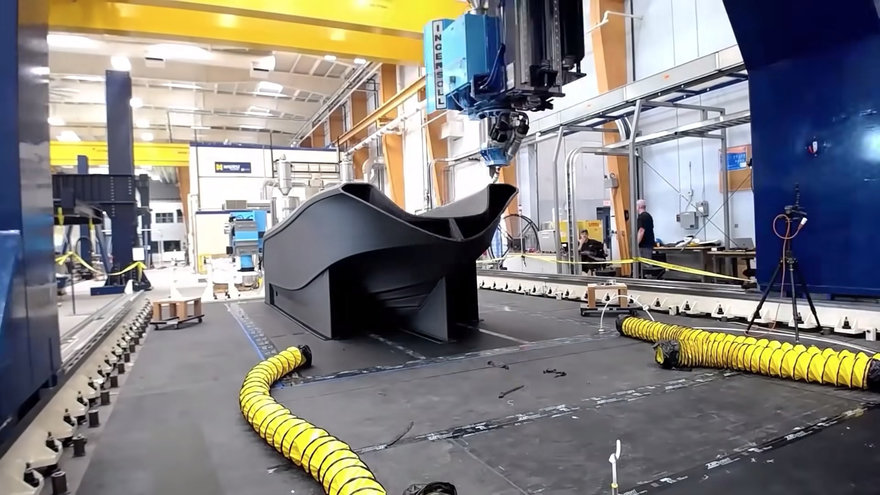 "The UMaine Composites Center received $500,000 from the Maine Technology Institute (MTI) to form a technology cluster to help Maine boatbuilders explore how large-scale 3D printing using economical, wood-filled plastics can provide the industry with a competitive advantage," says a UMaine news release. "The cluster brings together the expertise of UMaine researchers and marine industry leaders to further develop and commercialize 3D printing to benefit boatbuilders in the state. By 3D printing plastics with 50% wood, boat molds and parts can be produced much faster and are more economical than today's traditional methods." 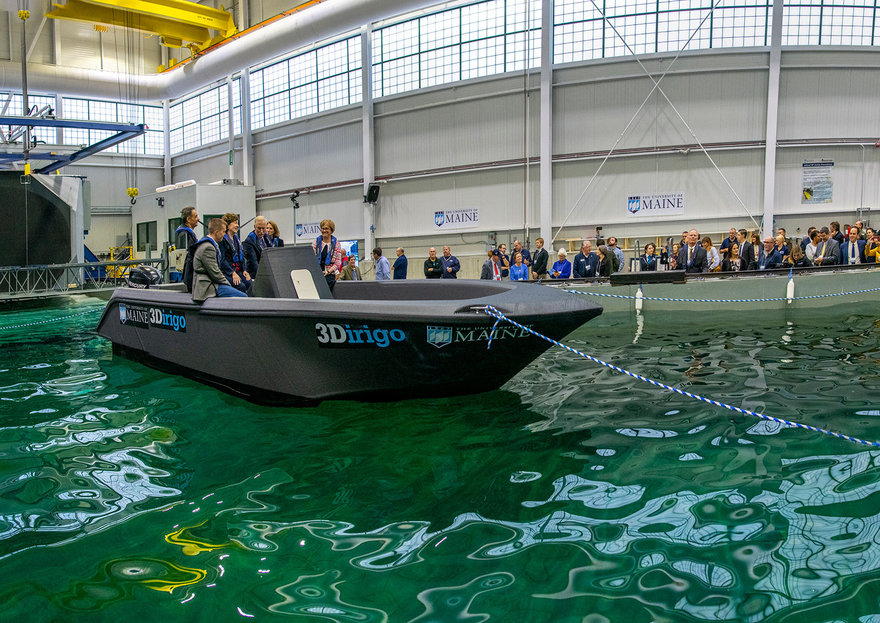 So as you can see, this big-ass printer contains some big-ass potential for numerous fields. The ability to rapidly print gigantic things using sustainable materials would be a win on overall costs, overall time spent and perhaps most importantly, the environment. And it's taken a long time to develop. "This 3D printer is an outgrowth of research we have been doing for 15 years in combining cellulosic nano and micro fibers with thermoplastic materials," says Habib Dagher, executive director of UMaine's Advanced Structures and Composites Center. "Our goal is to print with 50% wood products at 500 pounds per hour, and achieve properties similar to aluminum." Looks like they're off to a great start. Next comes the actual testing, and we wish them luck.

**Forest Opportunity Roadmap/Maine (FOR/Maine) is a coalition that creates collaborations between "industry, communities, government, education, and non-profits" to improve Maine's forest-based economy. They're backed by the U.S. Economic Development Agency and the U.S. Dept. of Agriculture.