Space-Saving Furniture Design: A Big Improvement for the Expandable Table

The all-hardwood Transformer Table 3.0 picks up on a key UX detail

I own the expandable Goliath Table, which you may have seen in one of our videos:

It is an amazing table that expands from just 17 inches to about ten feet in length. I have found it indispensible for everything from dinner parties to larger craft projects to outfeed for an industrial serger, and in a pinch I've even used it as an assembly table for woodworking projects. I always considered its flexibility, utility and space-saving properties unmatched. 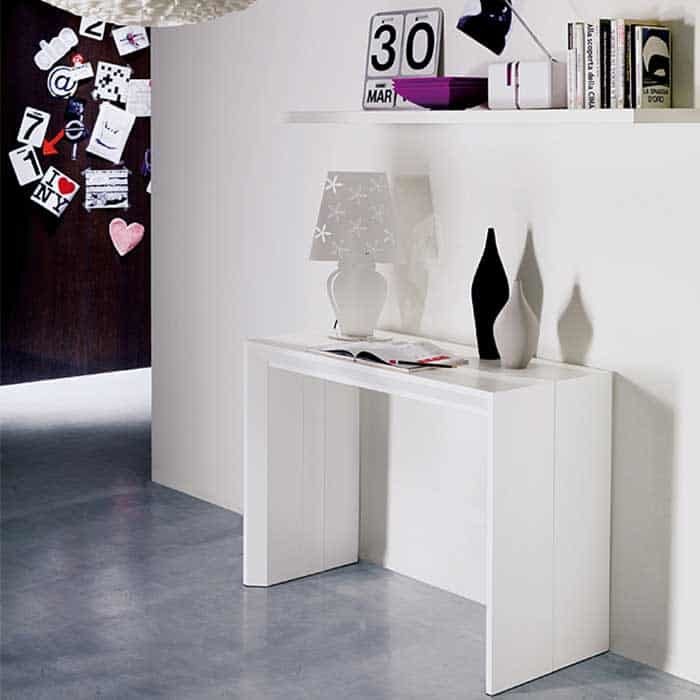 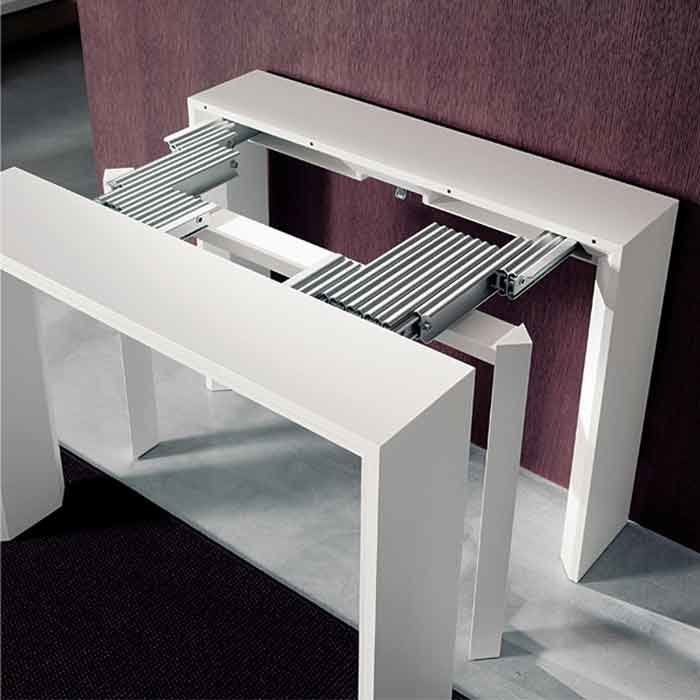 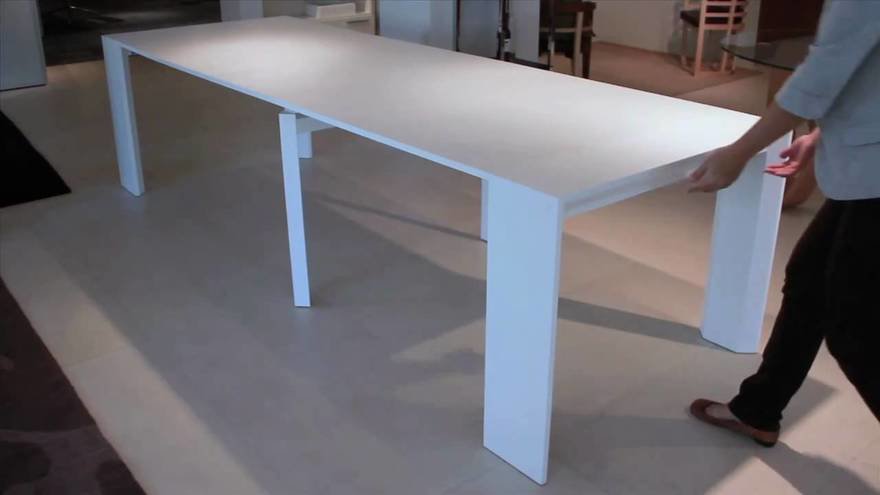 It isn't really designed to be an assembly table for woodworking projects, and it shows; the telescoping support structure will sag under heavy weight. The sagging is imperceptible when in use as a dining table or the other uses I mentioned, so I can't really call it a design flaw, but rather a function of my own misuse. 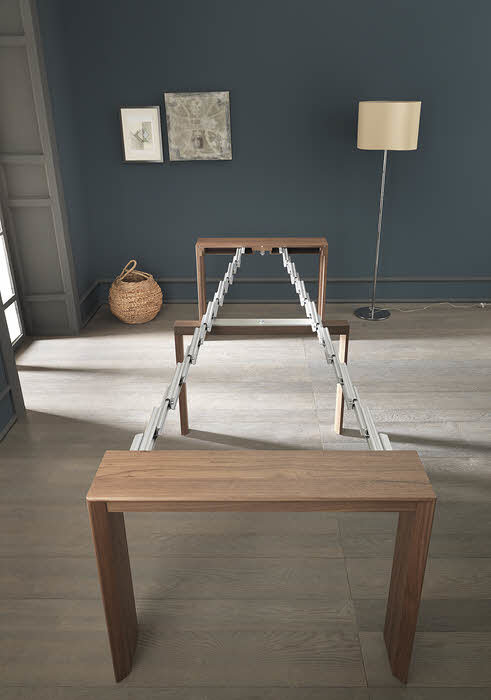 The only area I wish the designers had addressed is what to do with the leaves when you're not using them. Lacking closet space, I have them leaned up against a wall.

I bring these issues up because there is another company, Canada's Transformer Table, that manufactures a table of a very similar design. (So similar, in fact, that I wonder if there isn't a copyright/patent issue. Lawyers among you, feel free to comment.) Before I get into it, let's take a look at their latest offering:

The first thing I wondered is if their telescoping mechanism is any more robust and less-susceptible to sagging, for people like me who will abuse the table for workshop rather than domestic purposes. But it's impossible to tell by looking at the video. I'd be curious to see how the bench application holds up with some of my larger friends sitting on it. For their part, Transformer Table states that this 3.0 version of their table features an "Improved ball bearing mechanism:"

"The mechanisms for our tables and benches are the heart of our product. In creating this new collection we upgraded our mechanism to include longer ball bearing rails and holders. Rubber stoppers were also added into the design to allow a smoother ride for the bearings and preventing rubbing friction. Furthermore, we now use magnetite steel during manufacturing, improving the overall strength and durability." 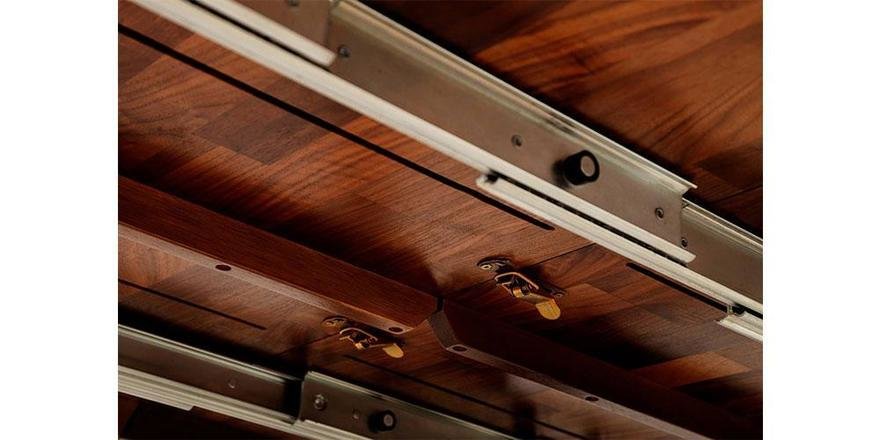 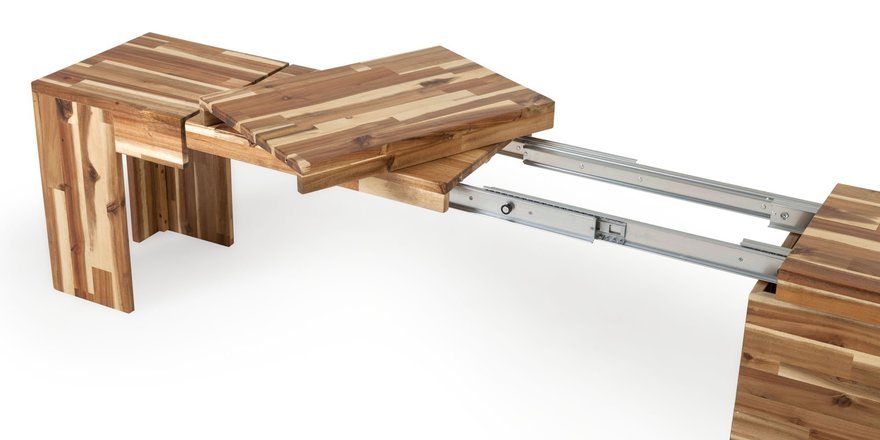 There were two things that I appreciated about Transformer Table's design over the Goliath's. The first is that TT is using 100% hardwood (I believe the Goliath's panels are veneer-covered particle board or similar). 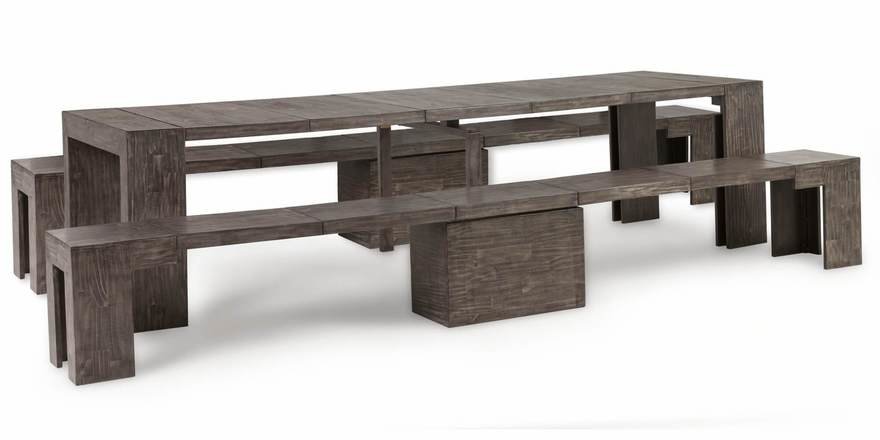 The second is that TT has thought about where to put the leaves, and has designed the accompanying coffee table to store them within. I thought that was a nice touch, even if it does require you to buy a separate piece; I like it when designers really think the UX through--not just how the object operates, but how it and its parts live in your space when they're not being used. 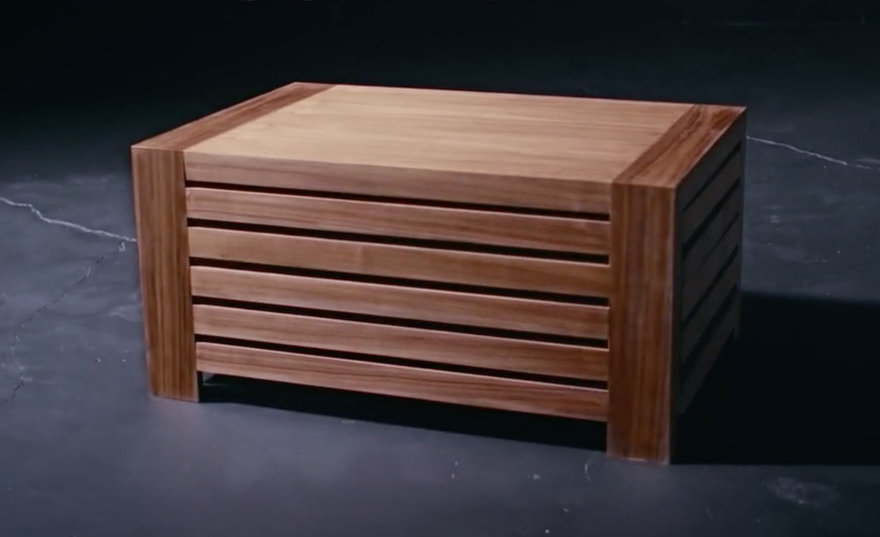 As the "3.0" indicates, this Kickstarter isn't Transformer Table's first rodeo, and they claim that they've been tweaking their manufacturing processes, as well as modifying the design to better accommodate wood movement and reducing the fastener count.

Space-Saving Furniture Design: A Big Improvement for the Expandable Table