The only good thing about owning a lousy knock-off is that you have no psychological problem ripping it apart, which is exactly what he did. 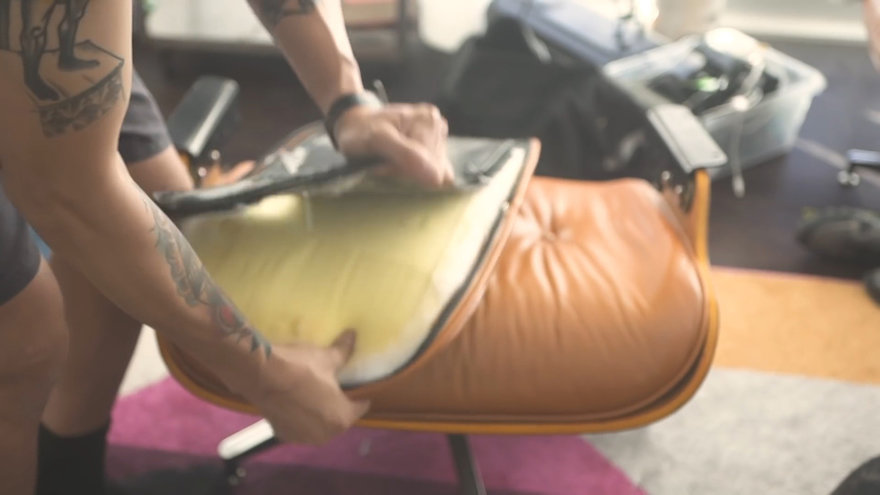 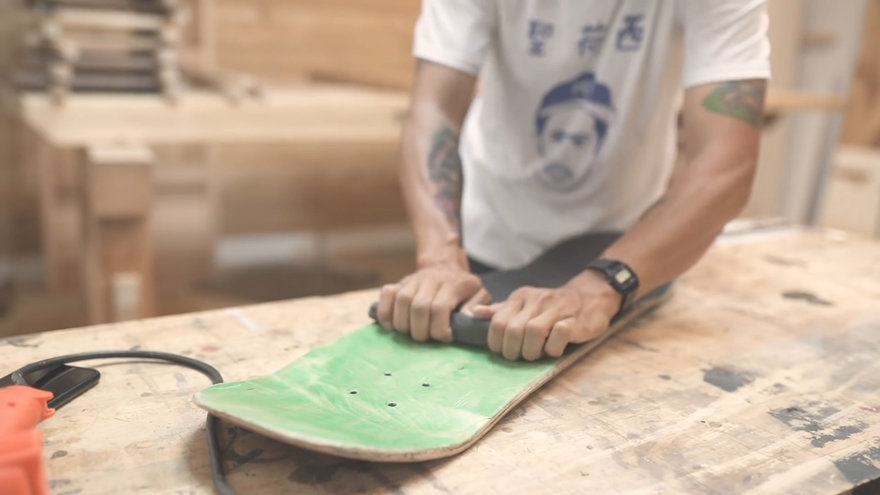 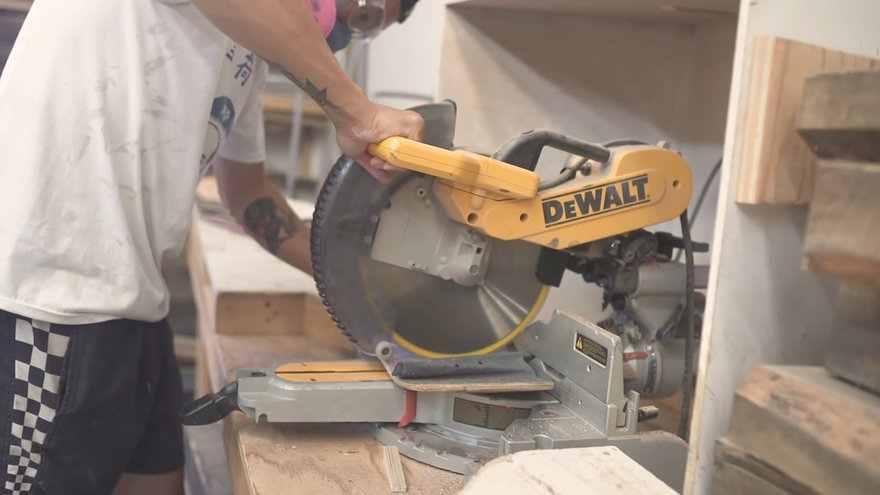 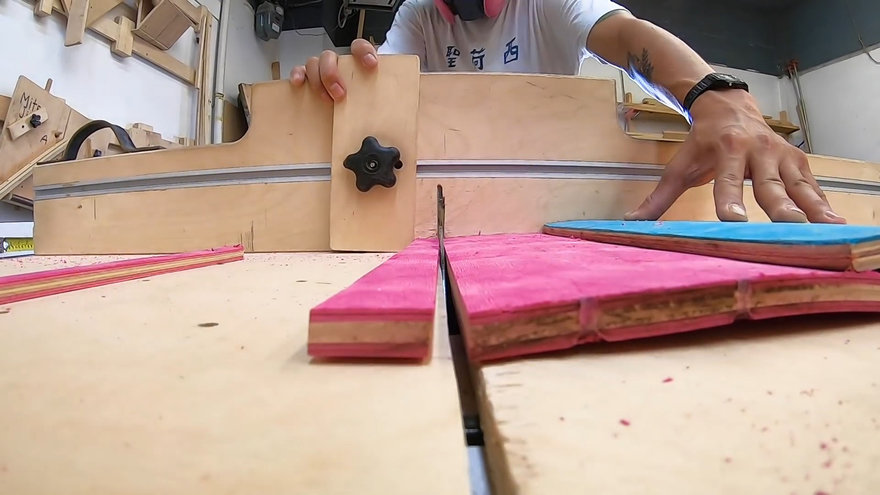 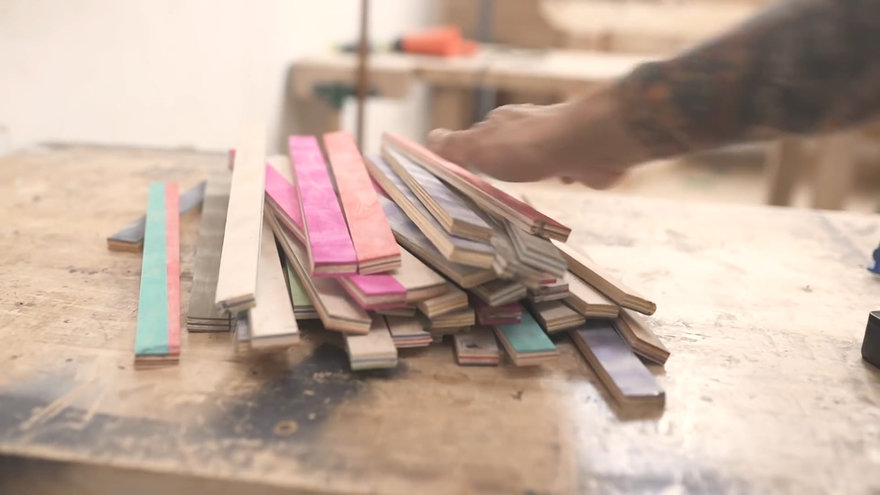 After cutting the decks (so many decks) into strips, he then began laminating them together. 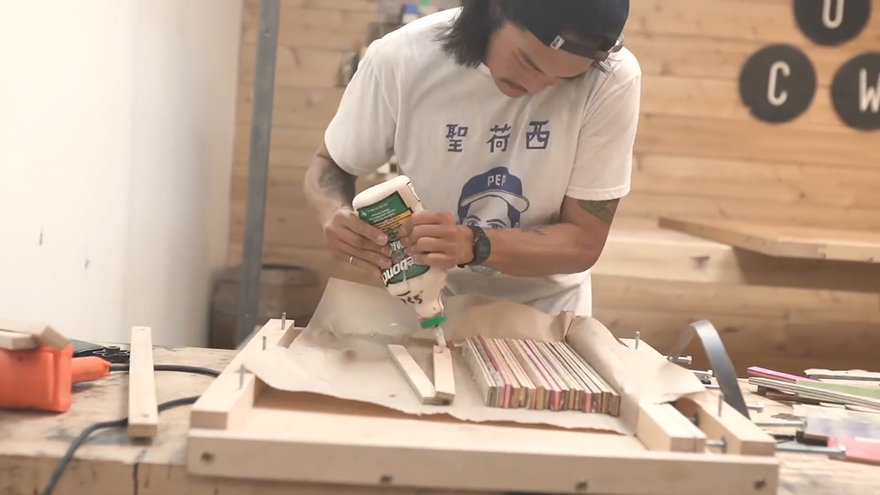 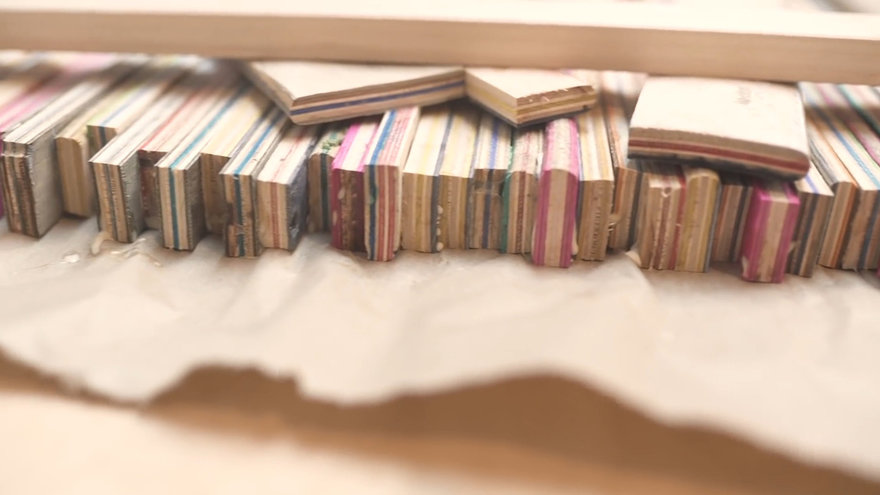 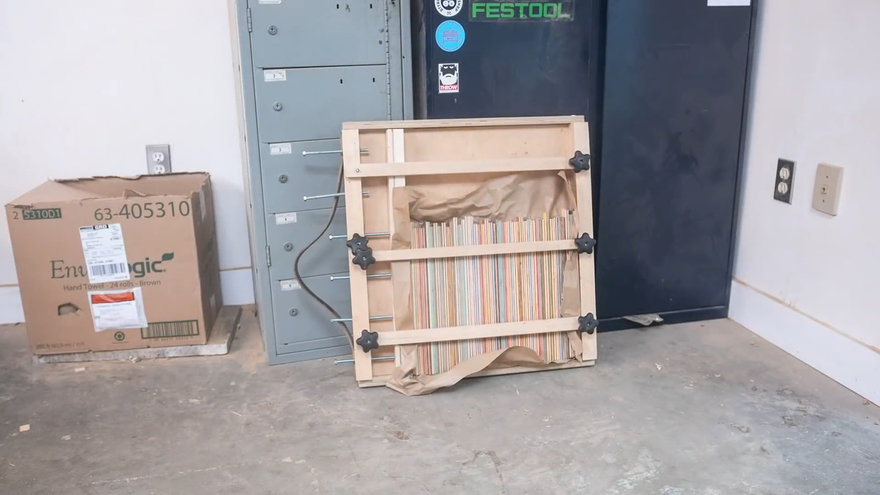 I was wondering how he could possibly bend these pieces, which are laminated along the wrong axis to be put into a mold. Then I realized he wasn't going to put them into a mold at all, as he began mitering the edges and laminating them into upwards wings: 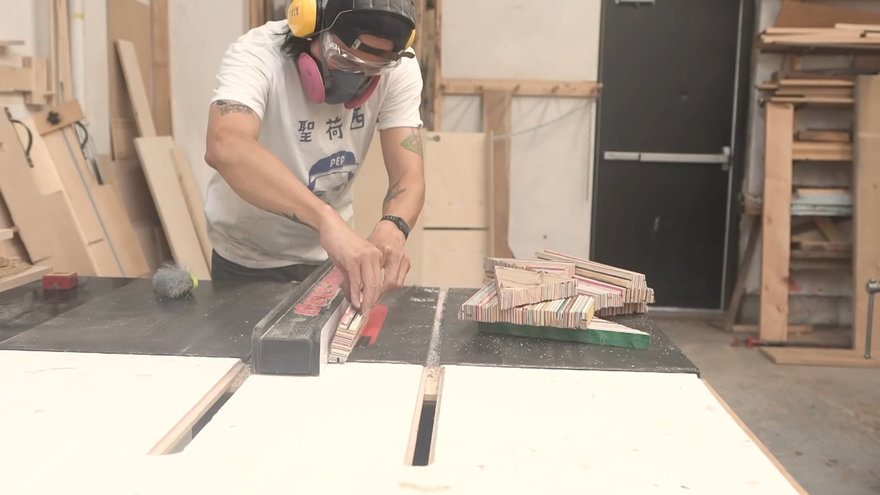 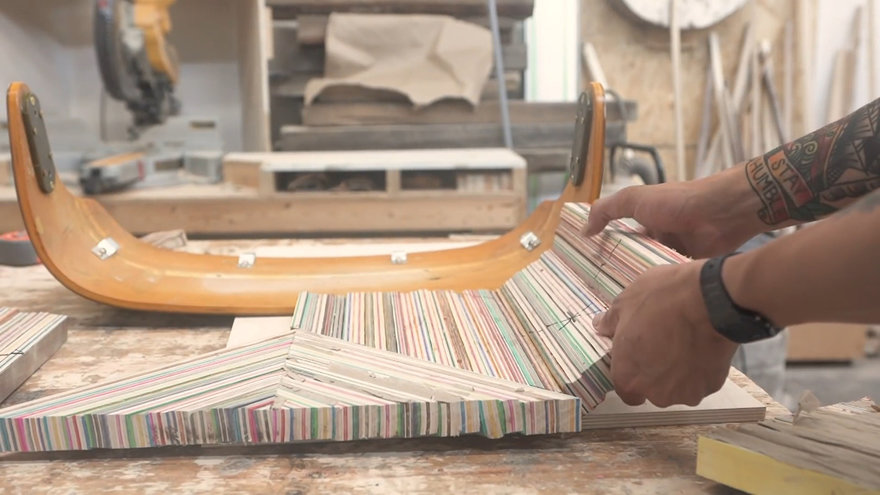 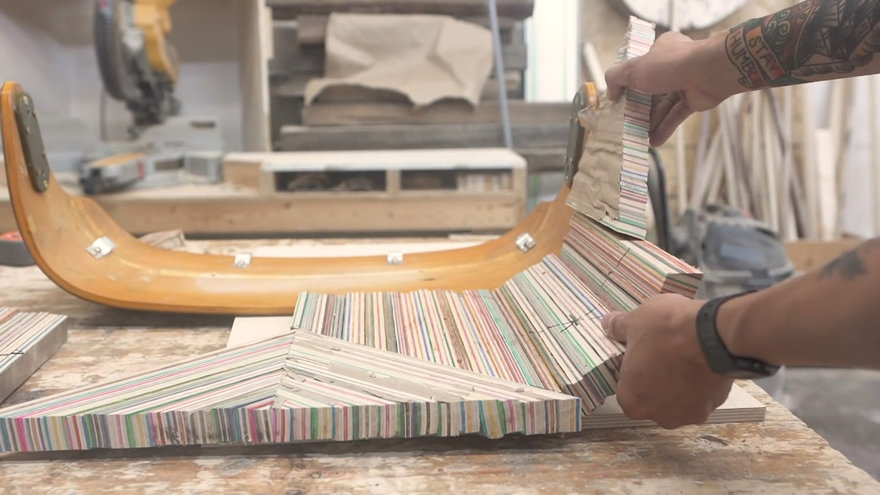 Once he'd reached a rough approximation of the desired shape… 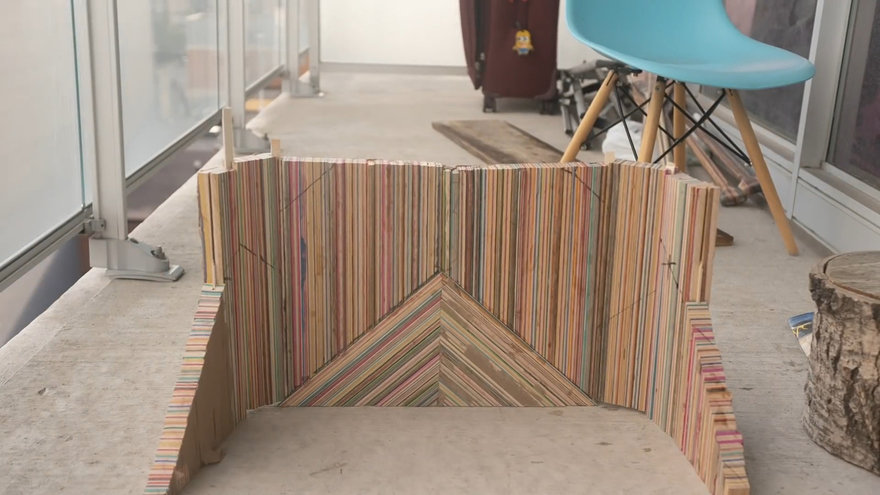 …he again impressed me by going at it primarily with rough construction/demo tools, like a reciprocating saw, an angle grinder and a power planer: 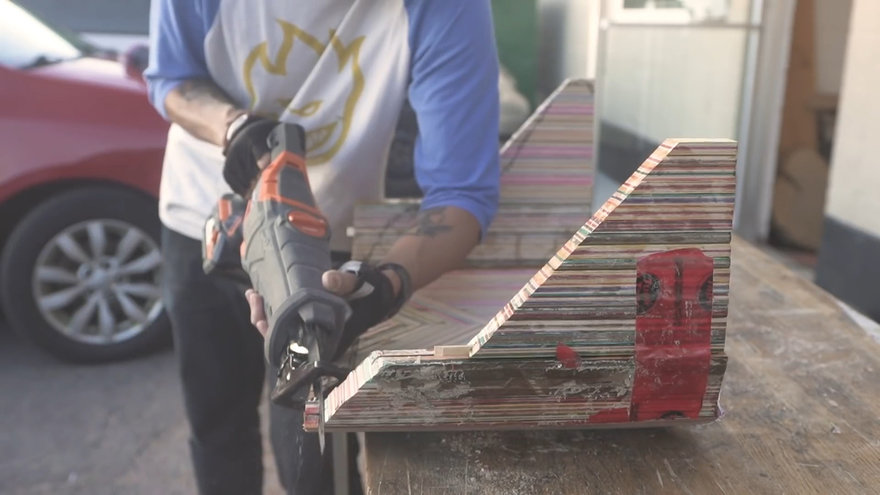 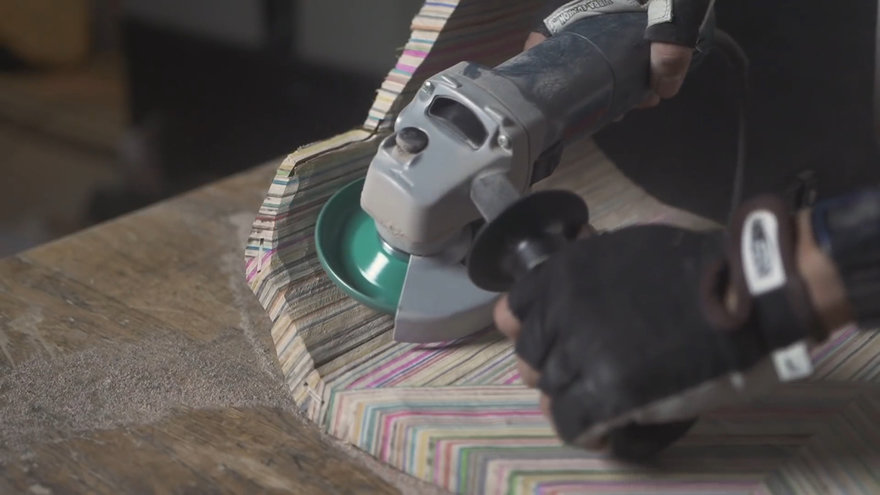 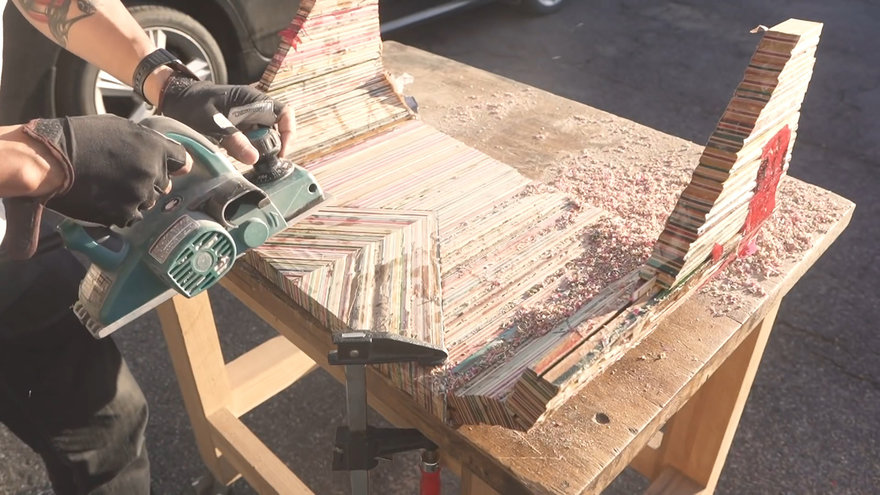 It was incredible to see how well the shape came out after some sanding: 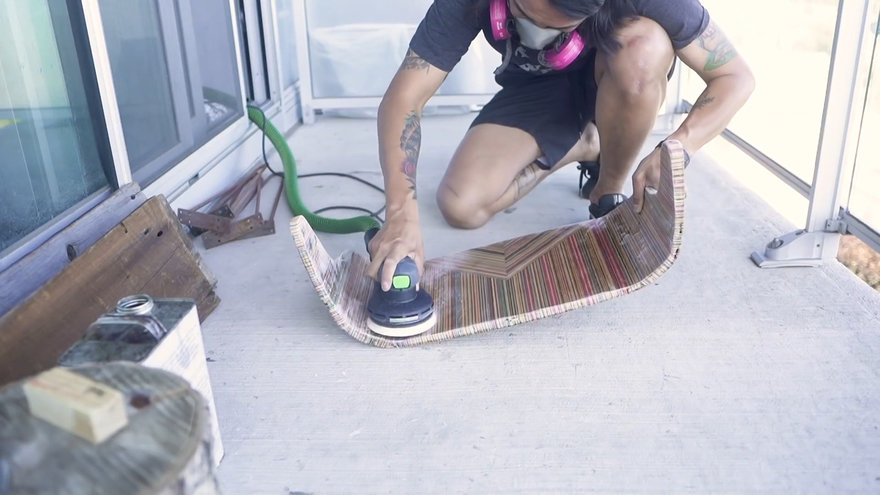 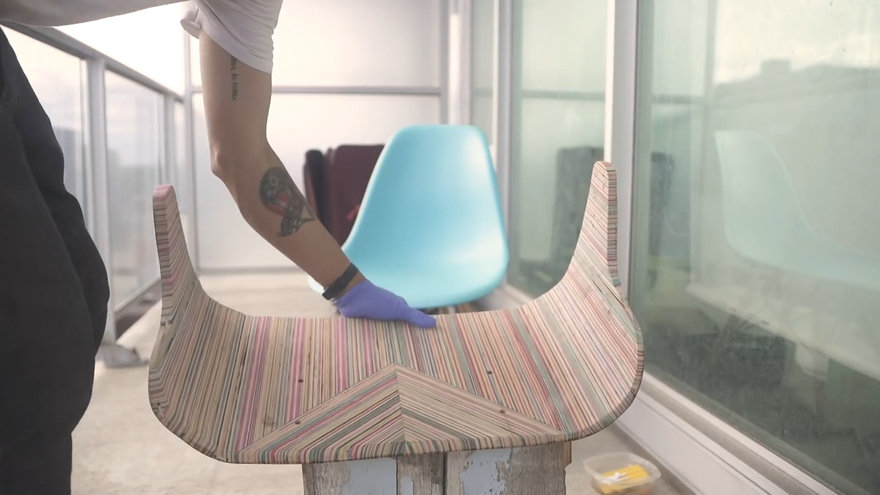 By way of finishing, he applied a fiberglass film: 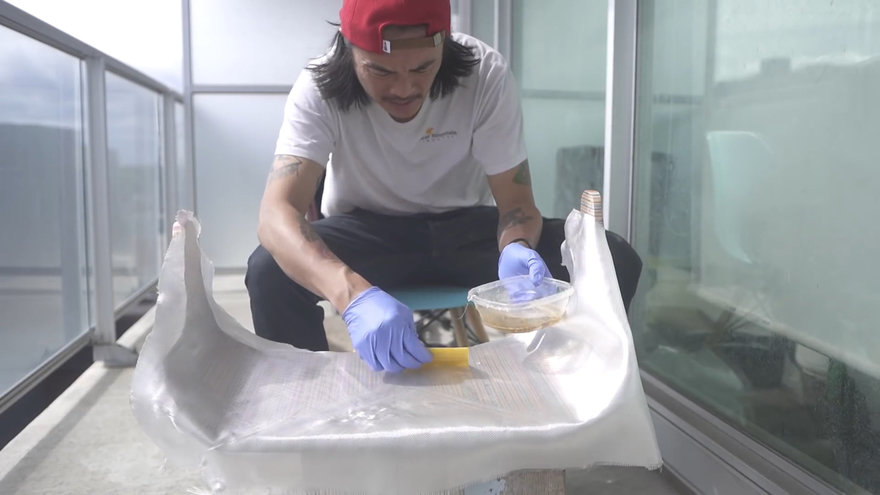 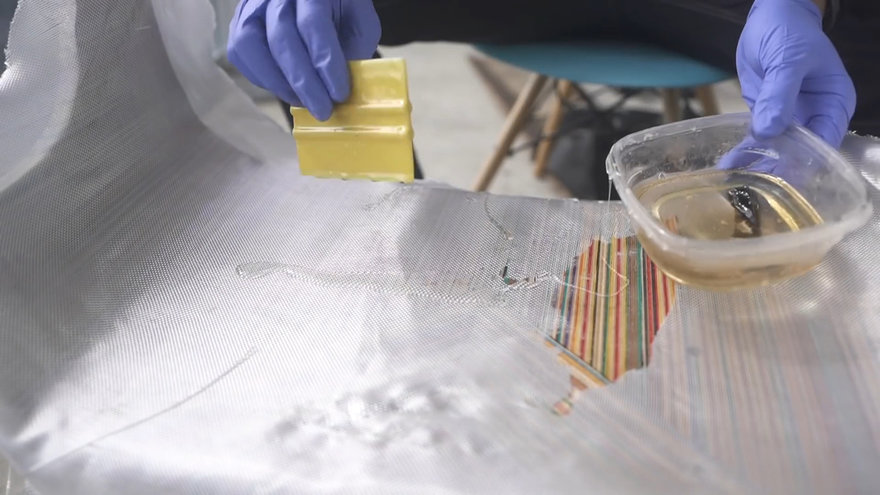 And finally, the pieces were ready for remounting: 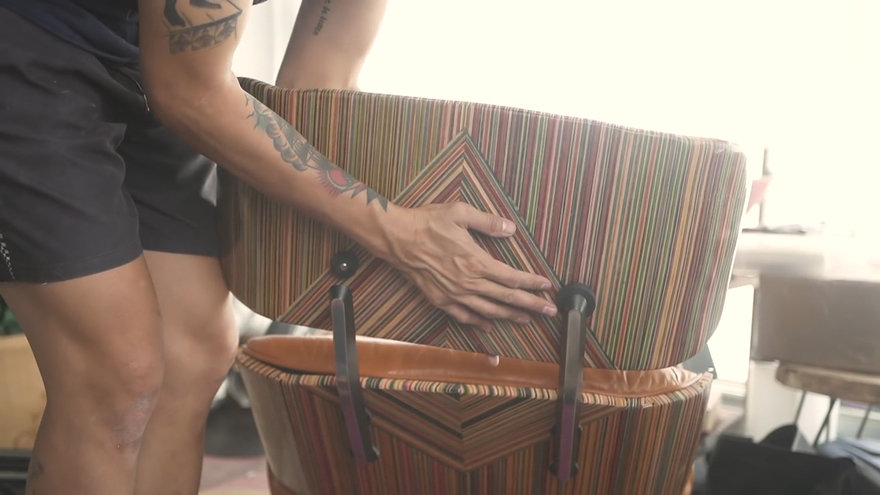 A pretty good result, I'd say.

While I know the knockoff trade isn't going to go away, I do wish all faux pieces would be ripped apart by their owners and re-interpreted. I damn sure wouldn't do it with an original.

Anyways, if you'd like to see the full video of the build, it's all here:

And if you want to see how the real thing is/was put together, click on either of the following:

1950s footage of the original Eames Lounge Chair being assembled. 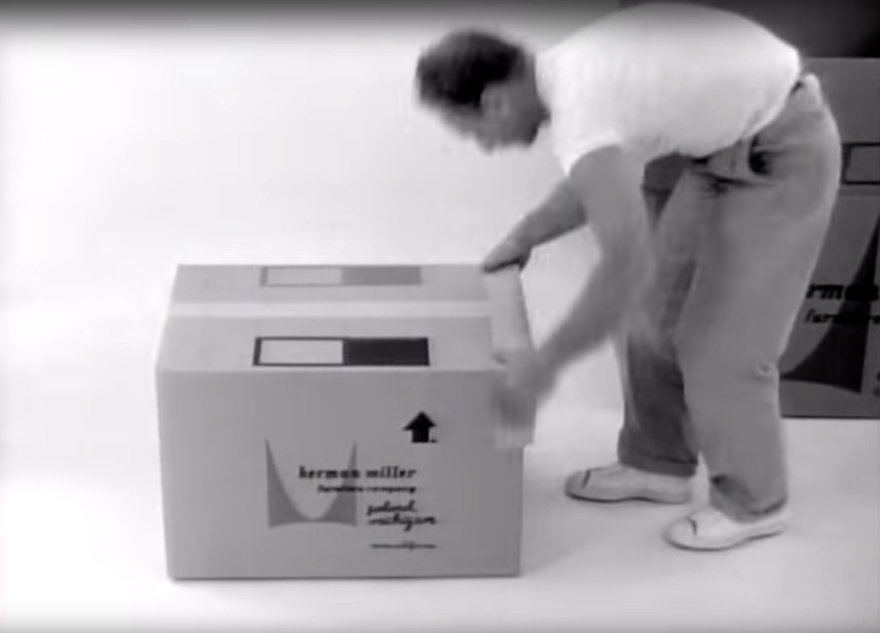 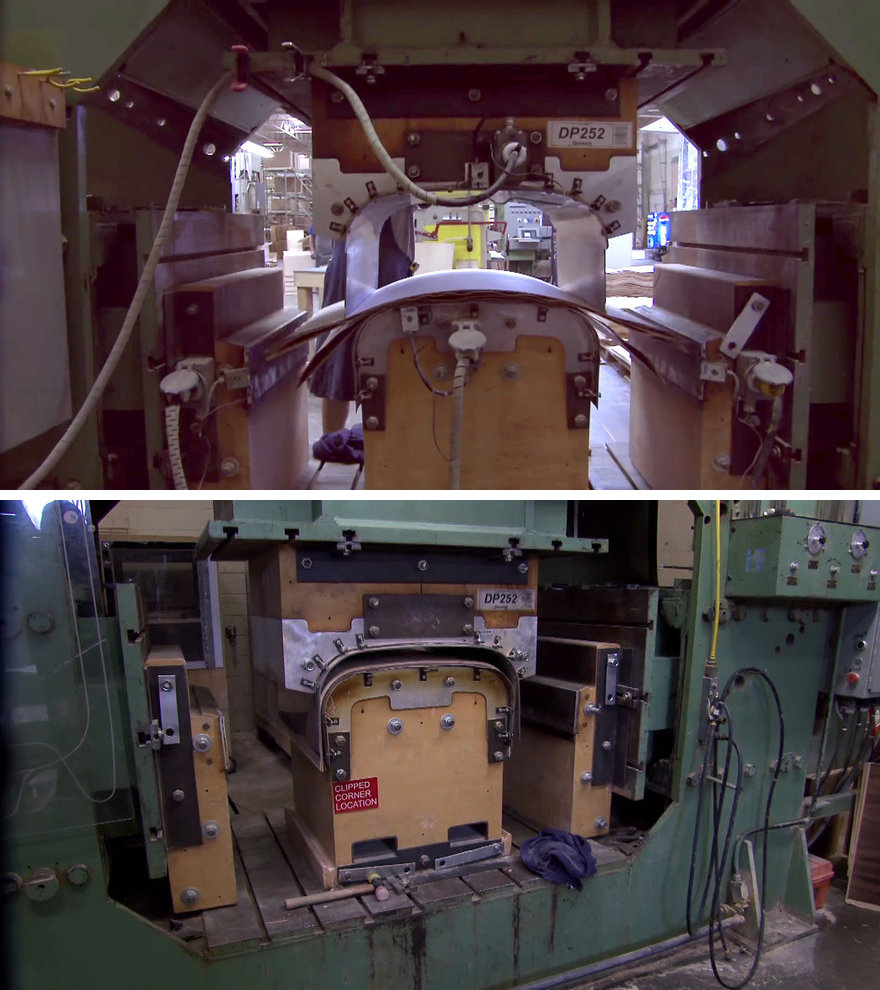