Opening today at London's Design Museum, "Moving to Mars" explores "the role that design will play in humanity's journey to the Red Planet"

Despite the difficult journey and inhospitable conditions on Mars, humans remain intent on getting there. Ventures such as NASA and ESA's Orion project and SpaceX have heralded a new space age, just as we're celebrating the 50th anniversary of the Apollo moon landing. Getting there—and being able to stay—will require breakthroughs not only in science but also in design. Moving to Mars, a new exhibition opening today at London's Design Museum, explores how design will shape and define our journey to Mars. 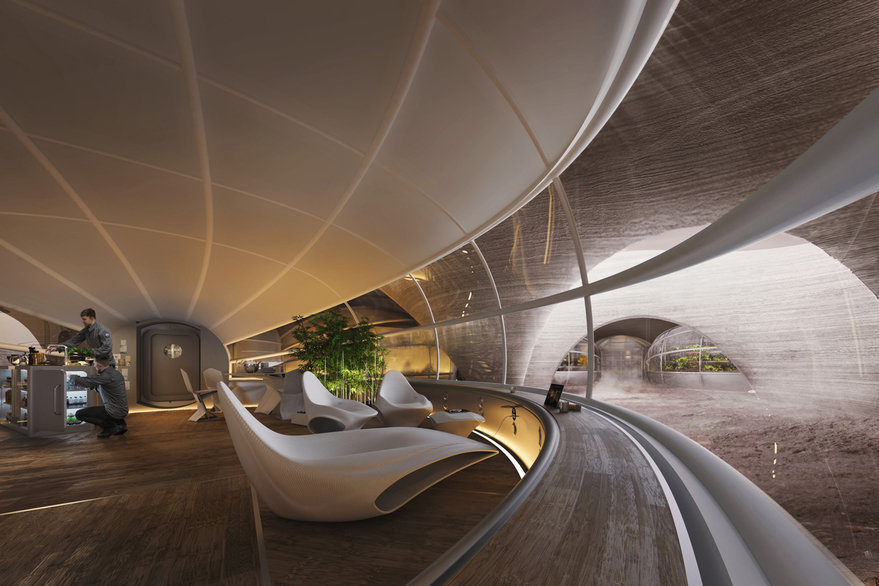 The exhibition unfolds over five sections. First, 'Imagining Mars' looks at the many ways humanity has envisioned the Red Planet, from the earliest mentions in a cuneiform tablet to its representation in science fiction and popular culture today. The section includes a full-scale prototype of the European Space Agency's ExoMars rover and a multisensory installation that aims to give visitors a glimpse into Mars' hostile environment. 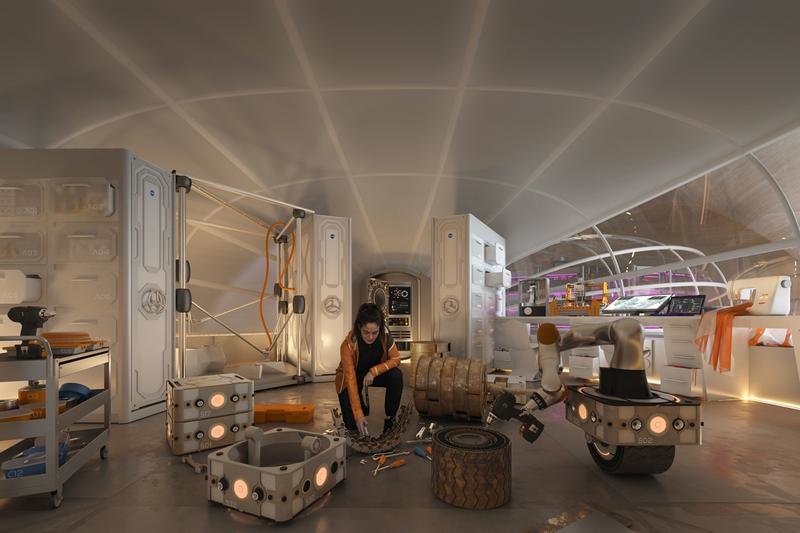 The next section is all about the voyage, including items such as NASA-designed food trays, Galina Balashova's designs for Russian space interiors from 1964 to 1980, Raymond Loewy's design work for space stations, and the NDX-1 spacesuit, designed specifically for the surface of Mars by the University of North Dakota and exhibited here for the first time. Konstantin Grcic was commissioned to create a spacecraft table inspired by the constraints of dining in zero gravity.

The next section is titled 'Survival' and includes one of the exhibition's main draws, a full-scale Mars habitat designed by London-based architecture firm Hassell as part of NASA's 3D-Printed Habitat Challenge. The habitat will highlight the resourcefulness required of life on Mars, featuring objects like clothing made out of solar blankets and parachutes. There will also be a deep-dive into farming on Mars, exploring hydroponic methods and Spirulina-growing systems. 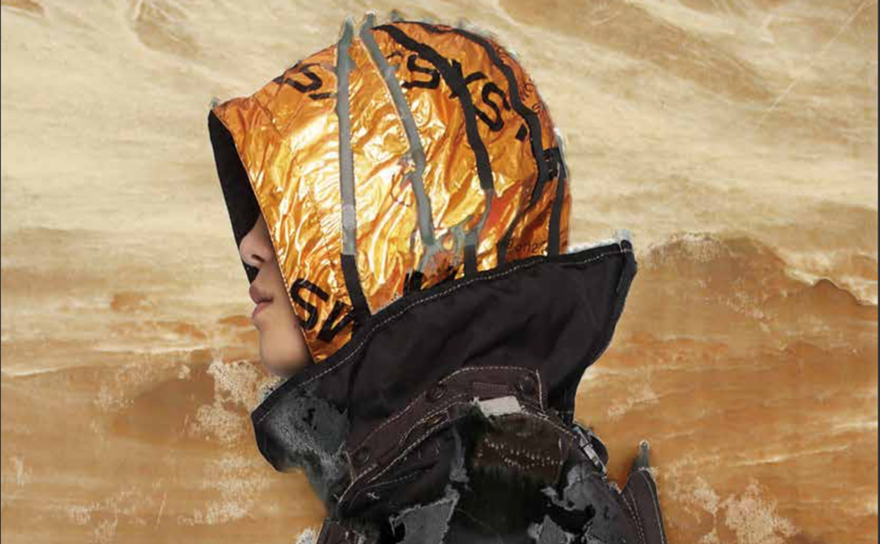 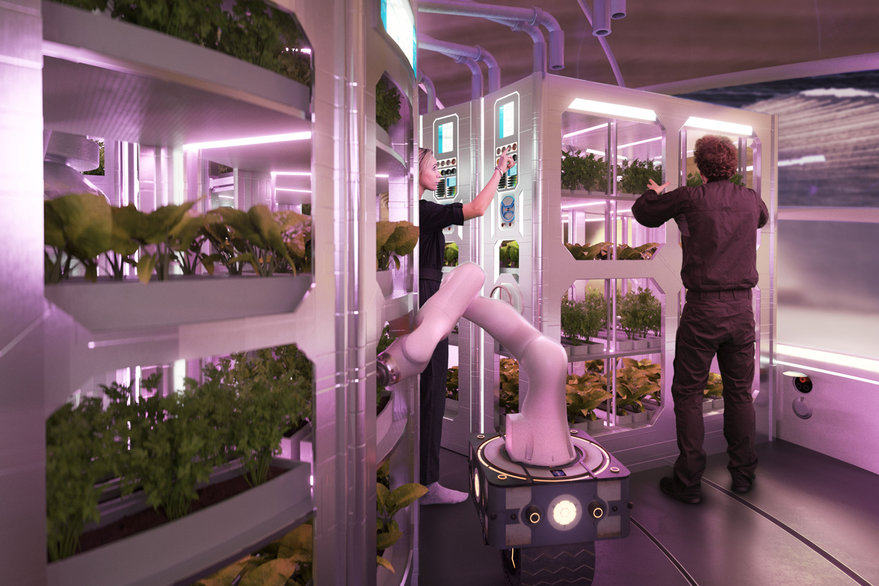 The final sections are more speculative and ask, "Should we even go to Mars?" As part of that, Dr. Alexandra Daisy Ginsberg created a new installation that shows us what Mars would look like if we only colonized the planet with plant life, not humans.

Ultimately, chief curator Justin McGuirk emphasizes that the show doesn't support the idea of viewing Mars as a Plan B option. Instead, he hopes that exploring how we may be able to survive in the extreme conditions on Mars will inspire new solutions for sustainable design practices right here on Earth.

"Moving to Mars" will be on view at the Design Museum through February 23, 2020.