To make the material, shredded plastic is turned into an oil that replaces petroleum-based bitumen

Now that China has stopped accepting waste from California and lawmakers rejected a bill to phase out single-use plastic containers last September, the city is getting more creative with its recycling solutions. In partnership with Technisoil, the city will soon be testing a new paving material made largely out of recycled plastic. The first test site—at West First Street and North Grand Avenue, near the Frank Gehry-designed Walt Disney Hall—will receive the treatment before the end of the year. 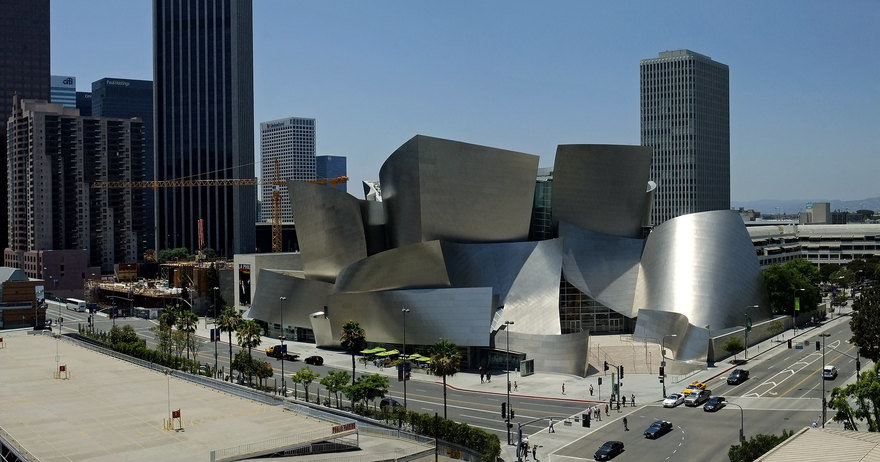 As The Architect's Newspaper first reported, Technisoil's "plastic asphalt" is made by converting shredded recycled plastic into an oil that replaces petroleum-based bitumen to become the binder "in an otherwise traditional method of street pavement." The city's Department of Street Services predicts the new material will reduce costs by 25 percent. In addition, Inhabitat reported that plastic roads may be more durable—up to seven times stronger than regular asphalt—and will require significantly less maintenance.

"This is an exciting technology and a sustainable technology," said Keith Mozee, assistant director at the Department of Street Services. "And it's something that we believe going forward could be game-changing if we deploy on a large scale."

In response to environmentalist concerns that the plastic will leach into waterways, the company says they've already performed tests that show it's a safe alternative. Further details about that and just how much recycled material will actually be used are expected after the test run at First and Grand is completed and proven viable. 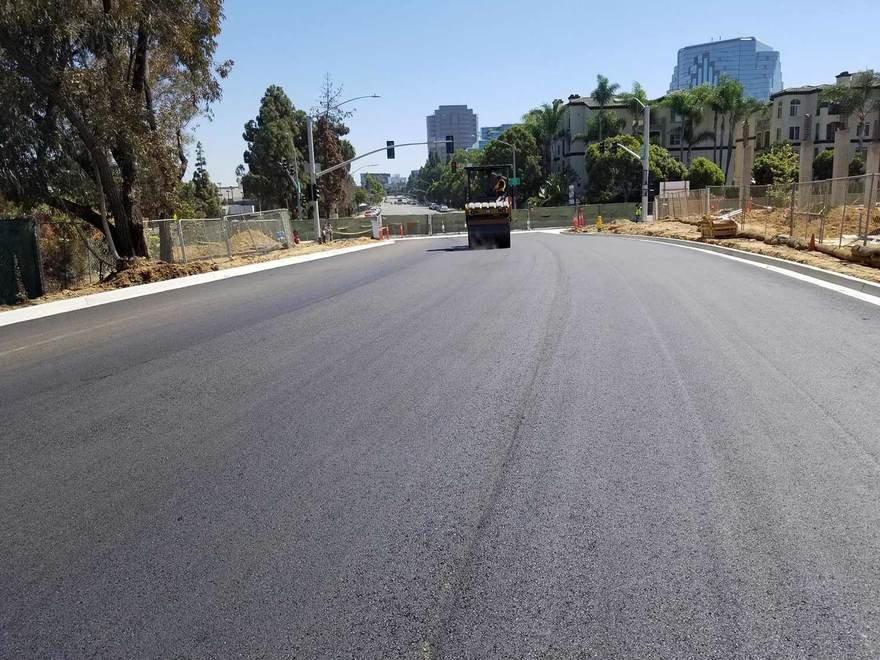 UC San Diego installed the first road made from recycled plastics in the US last October.

Los Angeles is the first city in the U.S. to consider implementing this material on a wide scale, but the first application of a similar material was done at the University of California at San Diego campus last October. The university partnered with UK-based company MacRebur to test out their patented plastic road material, which has already been implemented in the U.K. and Australia.

"Creating alternative uses for recycled plastic will be a crucial challenge that we all must resolve and maintaining over four million miles of roads in the United States will be an ever-growing problem," said Gary Oshima, UC San Diego's construction commodity manager. "The recent moratorium on exporting recycled plastic to China has had a profound impact on the U.S. recycling industry and it has created an even greater need for viable alternative uses for our plastic waste."