"I was too stubborn to accept that these analog technologies that I loved so much should be killed by digital [ones]," says Florian Kaps. The Vienna, Austria-based entrepreneur, who just goes by "Doc," is best known for saving Polaroid. Dubbing the effort "The Impossible Project," Doc and his collaborators took over the last remaining Polaroid factory in 2008, saving the beloved instant film for a new generation of analog photographers. Now Doc is focusing on analog sound. He is one of the creators of Phonocut, a desktop machine that lets you produce a vinyl record with the push of a button. The Polaroid camera democratized photography by making the complex process of developing film instantaneous. Doc hopes the Phonocut will do the same thing for making records. 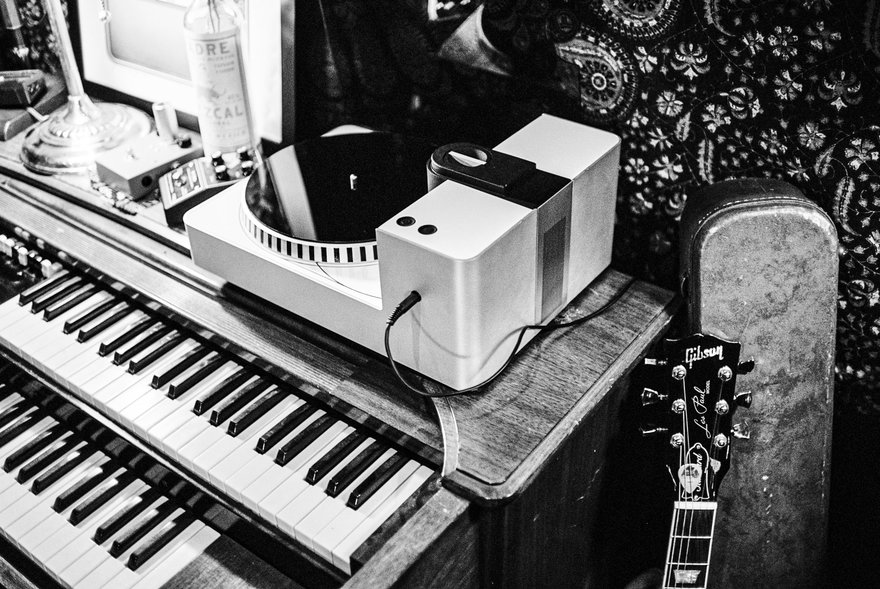 Two days after launching Phonocut on Kickstarter, Doc and his collaborator KamranV, a Los Angeles-based music tech specialist, are in New York, demoing their prototype in a room at Manhattan's Ace Hotel. When I arrive, the musician Greg Fox is in the middle of recording, twisting knobs on a small modular synth rig as the Phonocut's diamond-tipped needle transcribes his electronic squiggles and bleeps onto a spinning red disc. A few minutes later, we stand around a record player, listening to the freshly cut disc and grinning. Of course, we've all heard records before, but seeing one come to life so quickly is something new.

KamranV, who has worked with events like Moogfest and artists like electronic music pioneer Suzanne Cianni, says musicians immediately understand why being able to cut your own records is a big deal. He recalls a recent session they did with the artist Cuco and his band: "The drummer walked in, put on the headphones, and literally fell to his knees and started screaming. Immediately he was like, 'Can I record some drum samples?'" 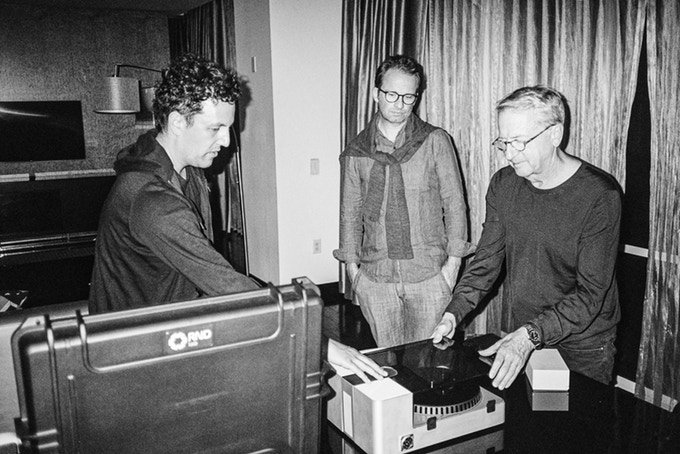 Turning an industrial process into a desktop device

In contrast to Phonocut's simple immediacy, traditional record production is a notoriously complicated—and lengthy—process. As KamranV summarizes the many steps involved, Doc, exhausted after a long flight, can barely keep his eyes open. Finally, he interjects, "Man, just listening to this description I almost fell asleep! What makes me angry is nobody knows how vinyl is made. The industry doesn't want to reveal it or talk about it. Compare it to food—how can I eat anything without having any idea how it is produced?"

To distill that complex process into a device that creates a record with a push of a button, they worked with Flo Kaufmann, one of the world's leading experts on vinyl cutting machines. And they've been actively courting the opinions of hard-to-please audio experts, like those they've come to meet in New York at AES (the Audio Engineering Society's annual convention). The verdict? "They love it," KamranV says. "This is a very good prototype and they can already see the possibilities of where this will continue to go."

"We have been in some of the most famous and iconic studios," Doc says. "You can't do anything innovative without some people being skeptical. We want to win their respect."

To be fair to anyone who remains skeptical, the Phonocut doesn't produce the same results as professional machines, which can cost 10 times as much. This initial model cuts records up to 10 inches wide (LPs are typically 12) and, like any analog recorder, it imparts its own character to the sounds it captures—think of the immediately recognizable quality of a Polaroid photo. But for Doc, the project's significance lies beyond technical specs. It's about reclaiming something that we've lost in our switch to digital media. 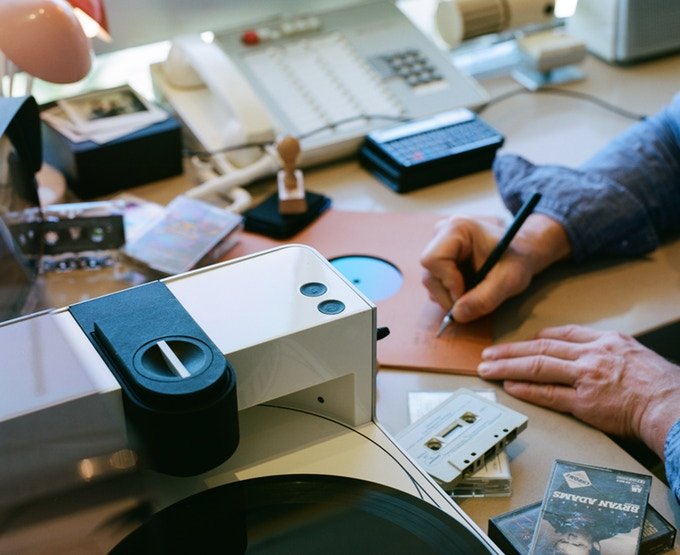 In some ways, digital technology has exponentially expanded the DIY empowerment the Polaroid camera introduced. The smartphones we carry in our pockets are compact production studios, letting anyone capture photos, videos, and sound that they can immediately share. But Doc thinks digital formats' limitless nature actually makes them less powerful. He mentions a study that shows that our memories of childhood are closely correlated with photographs we repeatedly look at in photo albums. "Now these albums don't exist anymore. So this will have a huge impact on our memories, on our past," he says.

When photos or sounds are part of an endless digital stream, they're just a blur—stripped of their power to mark moments in time. Doc and KamranV see Phonocut as a tool for plucking those moments out of the ephemeral stream and giving them a physical presence—turning a musical performance, an audio diary, or even an online playlist, into an artifact that could be put on a shelf to be rediscovered years later.

Despite his interest in how we make memories, Doc insists that his love of analog media is not rooted in nostalgia. He says, "When I bought the Polaroid factory, everybody said, 'This is romantic. This is nostalgic. blah blah blah.' But it's not. It's really about the future. We finally have to start thinking about how can we combine the advantages of digital with the incredible possibilities of the analog."

He explains that humans are "analog creatures," and he poses a curious question: "This young generation who grew up digitally, why are they suddenly so interested in analog technologies?" He thinks the recent resurgence in interest in vinyl goes beyond the quality of the sound. Citing a BBC report that nearly half of all vinyl records sold never get played, he imagines an alternate narrative for why people enjoy records as objects: "They sit at home, listen to the [digital] stream and hold the record, reading the song text and smelling it. Only analog technology tickles all five senses. And you need all five senses to fall in love, to trust somebody, to really build a connection."

Recording as a personal ritual

Phonocut's makeshift studio at the Ace Hotel is a few blocks south of the Empire State Building. In the 1940s and '50s, visitors could take the elevator up to the tower's 86th floor observation deck, step into a booth, deposit a coin, and record a message directly onto a five inch disc—an audio postcard to send home or just a memory of standing on top of the world. The Phonocut team imagines people using their device in a similar way—enjoying the ritual of recording analog love letters or committing personal memories to vinyl. KamranV recalls one particularly poignant use: "We had a woman who had a recording of a memorial for her son—it was quite emotional."

But for all their ideas about how people might use it, the most exciting thing about the Phonocut is its blankness. "The best thing about the Polaroid is a white frame," Doc says. "You bring it to life, you wake it up." And the same goes for his new creation: "That's why we created this machine. This is not us as a company telling you what to do. It's the other way around."

Phonocut's campaign is live on Kickstarter until November 14, 2019.