When a 50,000-ton ship carrying 2,800 cars sank in the English Channel, it was the Dutch who figured out how to retrieve it. (They cut the ship into nine slices using this clever method.) Now nerds from the Netherlands have devised another solution that escapes most, and that's how to make airports quiet for the sake of local residents.

"The residents of Hoofddorp-Noord have experienced extra inconvenience from ground noise since [additional runways] opened in 2003," explains Schiphol Airport's website. "Ground noise is the low, rumbling sound that aircraft make when they take off. That noise can travel even further in winter, when the ground is often wet or frozen."

Enter the Netherlands Organisation for Applied Scientific Research (abbreviated TNO in Dutch), an independent organization formed by the government to science the shit out of pressing problems. Working together with H+N+S Landscape Architects, the team learned from local residents that the runway noise was mysteriously quieter at certain times of the year, independent of traffic. Investigation revealed that whenever nearby farm fields were plowed, the volume level went down.

They then realized that the furrows cut into the ground were helping to redirect the majority of the soundwaves: 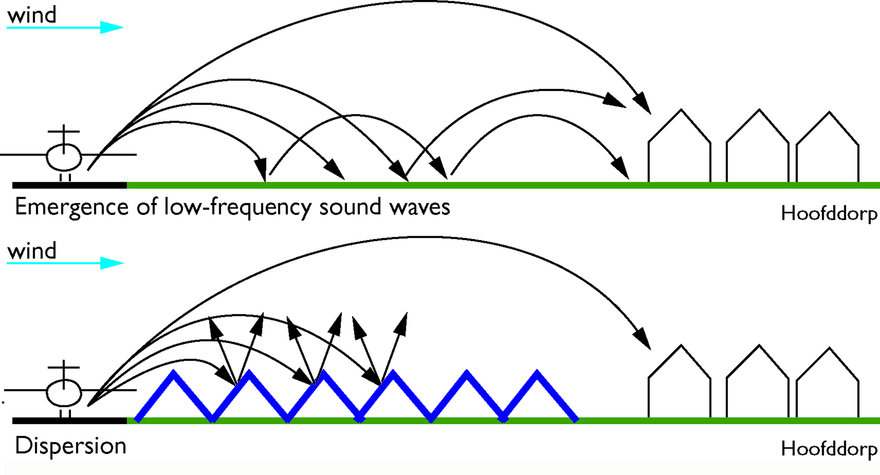 Their resultant solution was to reshape the land into precisely-measured ridges and valleys, and arrange them in a calculated pattern to best absorb the noise: 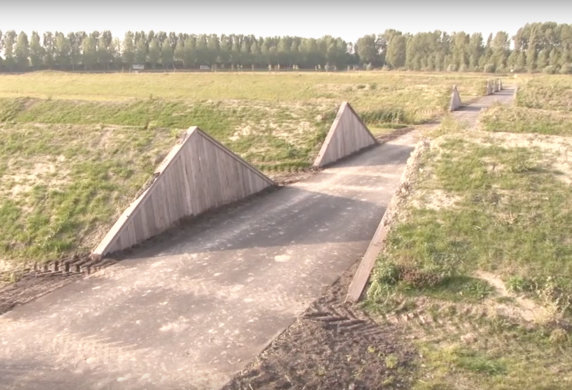 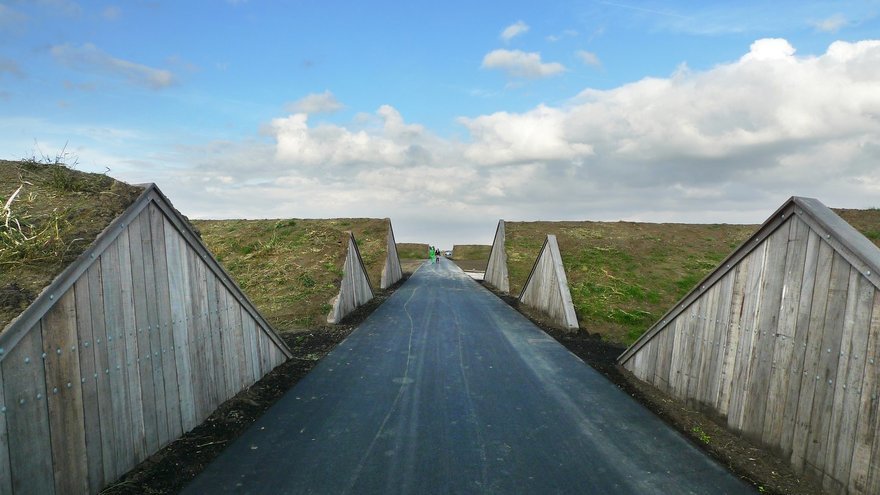 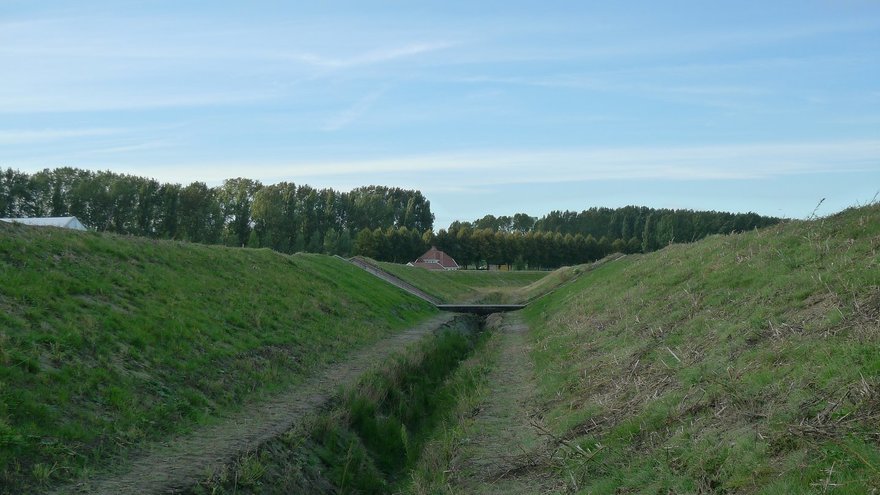 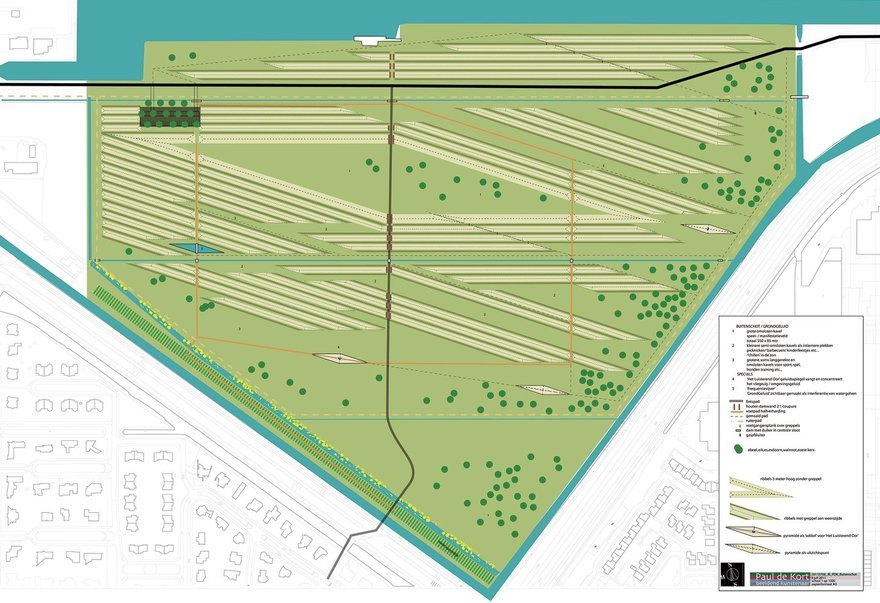 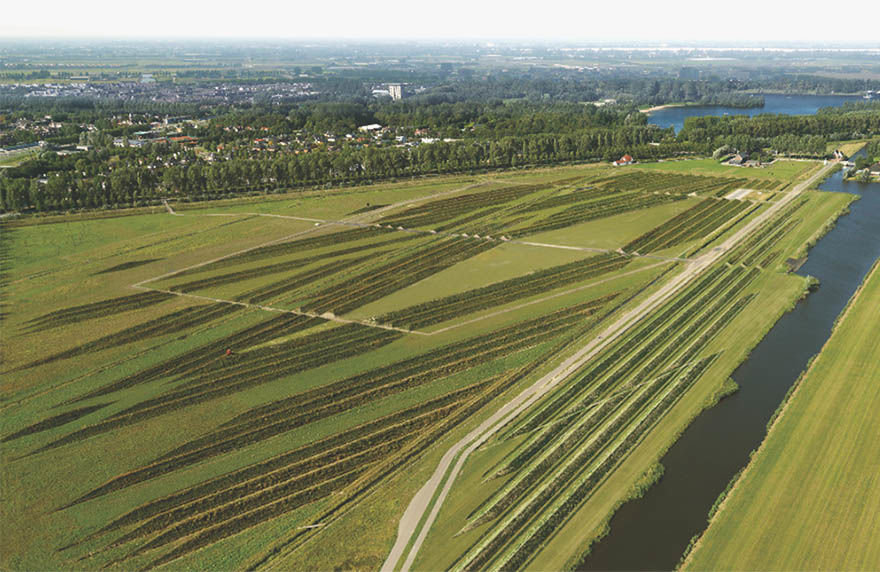 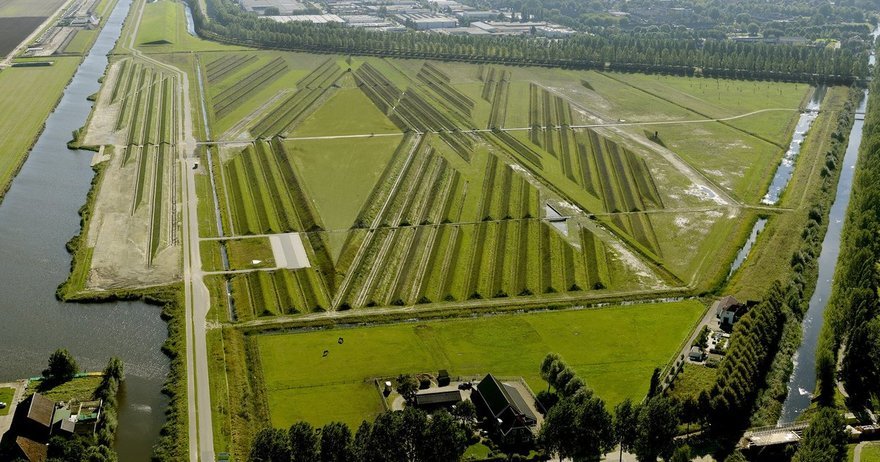 It's pretty brilliant, as the bulk of the solution uses existing earth: Digging a trench naturally provides the soil needed to build a ridge. A less-enlightened solution might have seen them bringing in monstrous manmade reflectors.

Rather than being a mere sound sink, the area was then turned into a public park with playing fields, cycling paths and art installations. "[The solution] created an extraordinary landscape, which was so remarkable that we have built the Buitenschot Land Art Park around it to create a space where you can walk, cycle and relax." Chalk another win up for the Dutch. 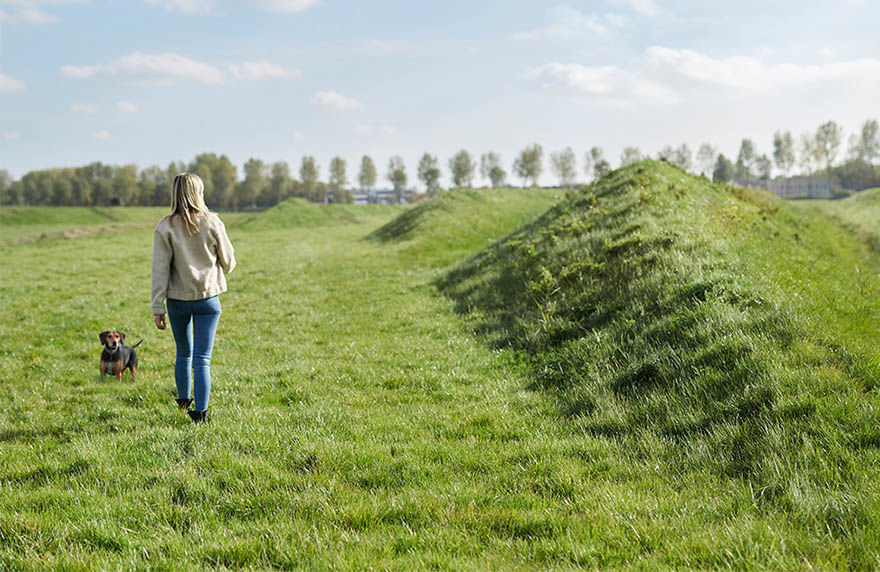