They'll be able to turn food packaging into tools and parts

What does the International Space Station have in common with Dave Hakkens? Both can recycle their own plastic. Actually, while Hakkens has been doing that for a while, the ISS will only gain the capability on November 2nd. That's when they're due to receive delivery, courtesy of a Cygnus cargo spacecraft launched from an Antares rocket, of this thing: 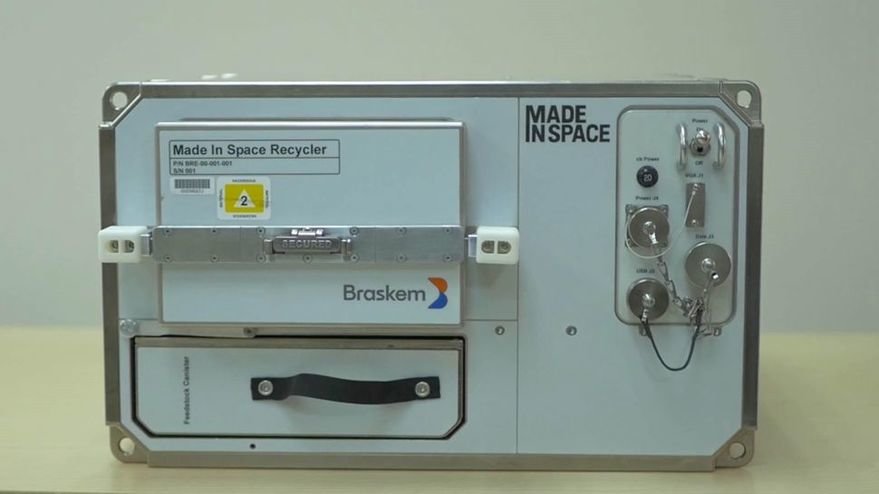 That's a plastic recycler produced by California-based Made in Space. The machine can take plastic waste (from the astronauts' food packaging, for instance), crunch it up, break it down and convert it into feedstock that they can then use with their 3D printer.

Yes, the astronauts have got a 3D printer onboard, and have since 2014, also courtesy of Made in Space.

Having both machines onboard means that astronauts would be able to print, say, a specialized tool for a one-time task, then throw it into the recycler, harvest the feedstock, and be able to create something else with it. "It will facilitate the reusability of materials to solve new problems as they arise," says Made in Space, "whether on the international space station or in future manned space exploration missions. The invention will improve the autonomy and sustainability of long-duration space missions, while also helping to reduce the cost and weight of payloads carried from earth."

The plastic being used is Green Plastic, a bio-based thermoplastic resin derived from sugarcane, developed by Brazilian company Braskem.