And the Award for "Most Hilarious Police Vehicle" Goes To….

To protect and to serve (and occasionally, to amuse)

Previously, I thought the most hilarious police vehicles were these NYPD Smart cars: 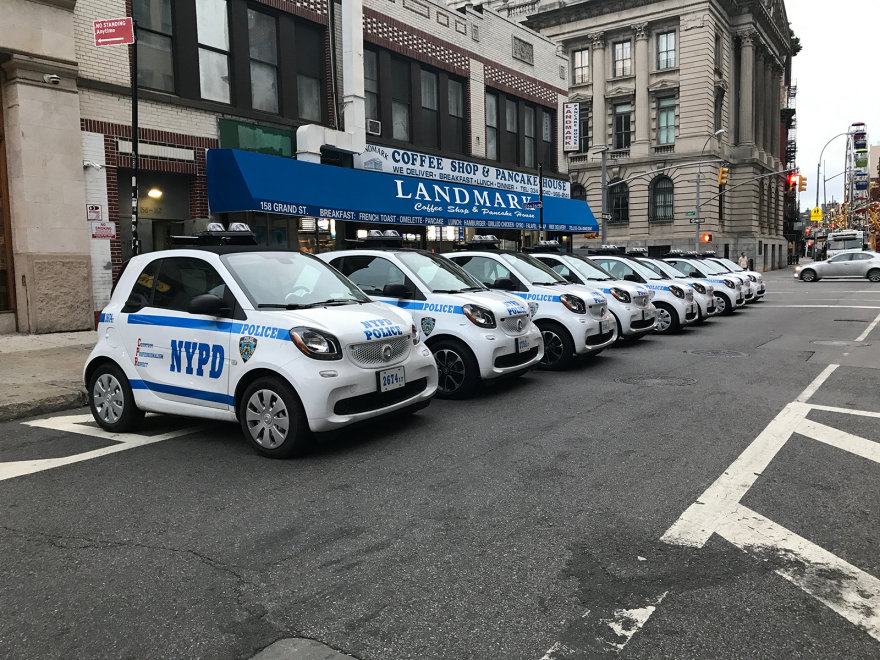 But if we travel farther back in time than 2017, to the 1960s, we learn that Port Authority cops in New York--those responsible for policing the tunnels in and out of town, among other facilities--once had to patrol the Holland Tunnel in these things: 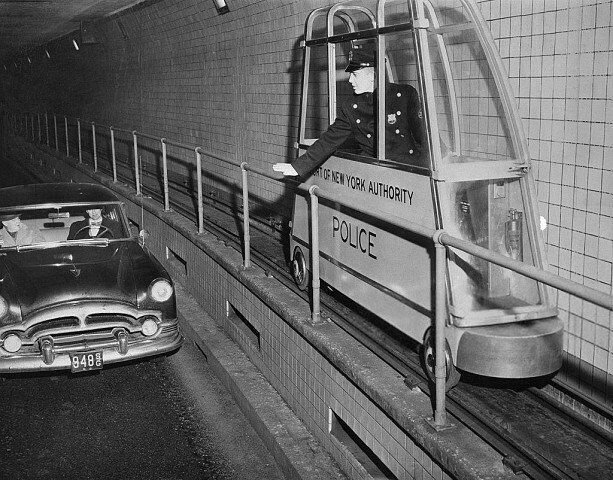 The January, 1954 issue of Popular Mechanics reveals that the car is electric, and bi-directional: 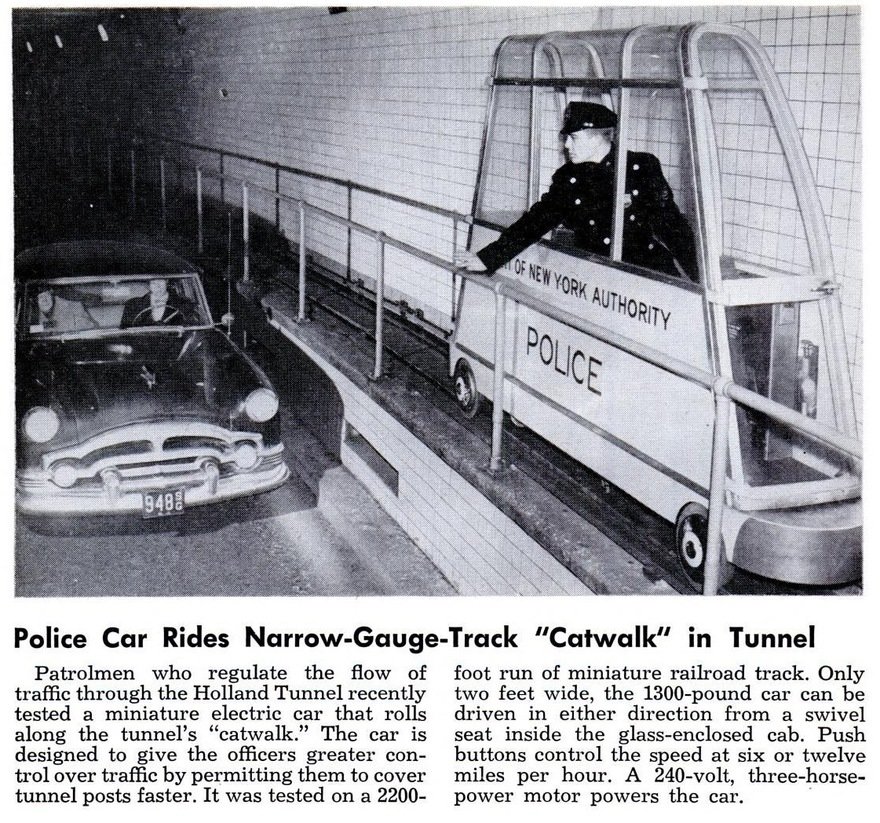 The nearby Lincoln Tunnel, for reasons unknown, had tunnel carts of a different design. Rather than riding on rails, they were hooked to a low railing affixed to the wall: 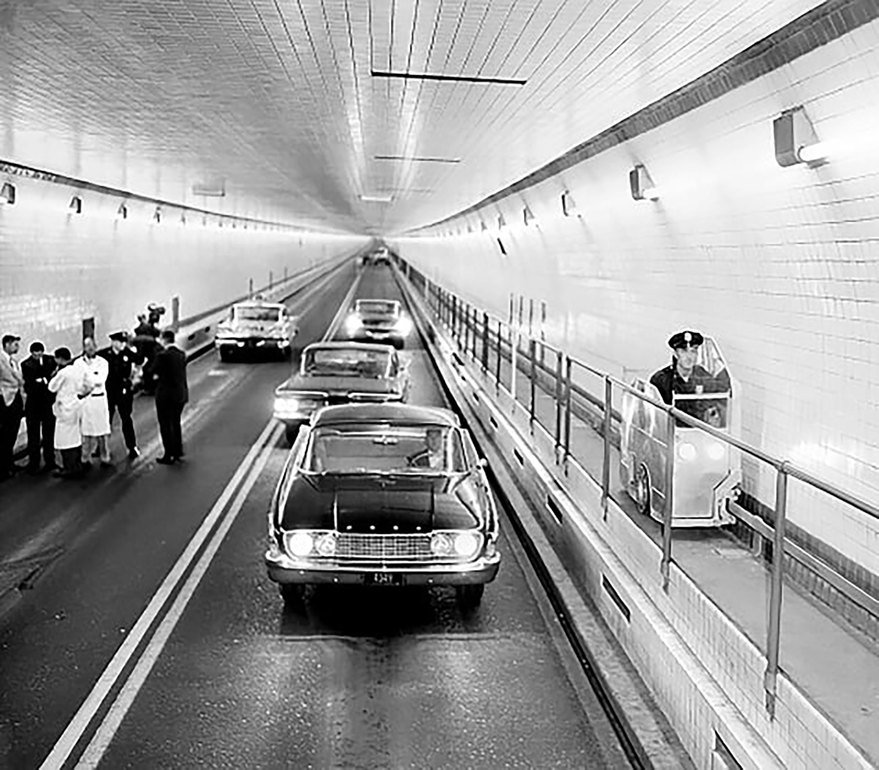 This Lincoln design had sheet-metal sides and did away with the fancy canopy of the Holland design, though there are two adorable little semicircular windscreens: 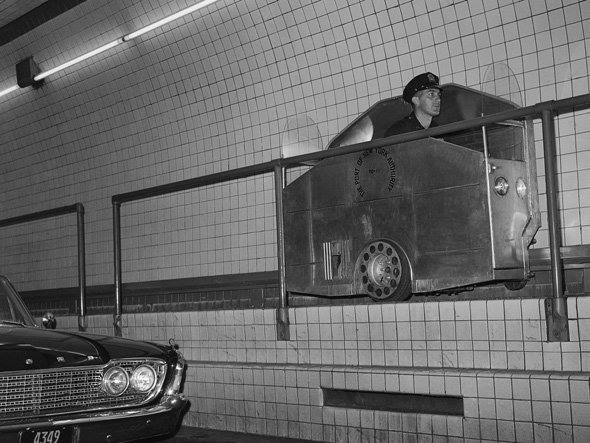 And as you can see, these were not designed for plus-sized cops. 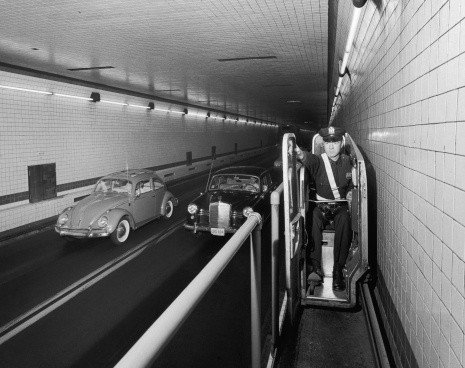 Incredibly, these tunnel carts persisted into the 21st Century; the New York Times reports that the last one was decommissioned in 2011.