Congressman votes against, saying "Cellphones are throwaways. Everyone will just get a new one"

I was complaining to my wife about shitty design after this happened: 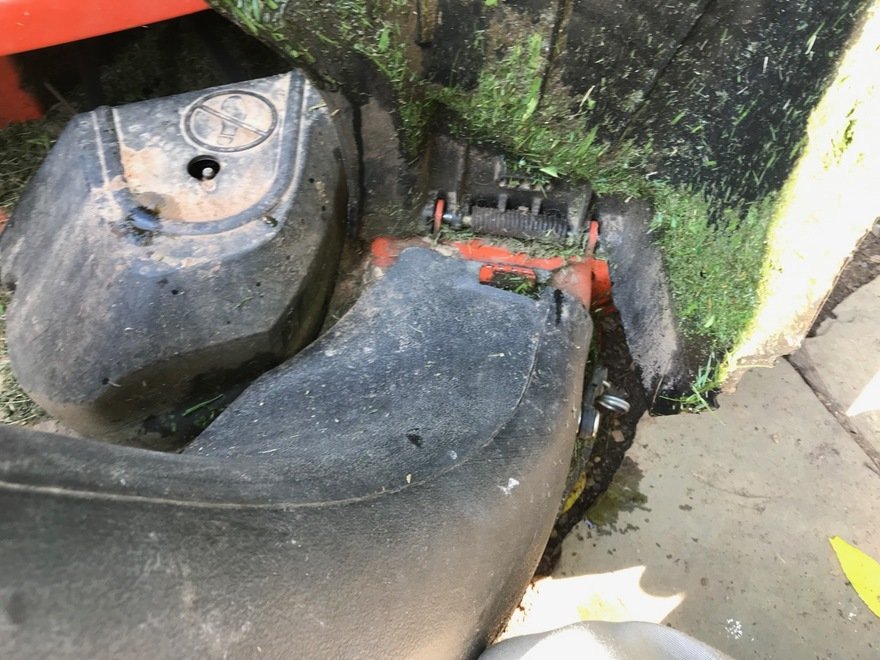 That's the mouth of the chute for our riding mower. The slot is meant to fit over a protruding metal tab on the mower deck. Because the slot is perilously close to the edge of the mouth, with no reinforcement whatsoever, it split last July after less than one year of use. 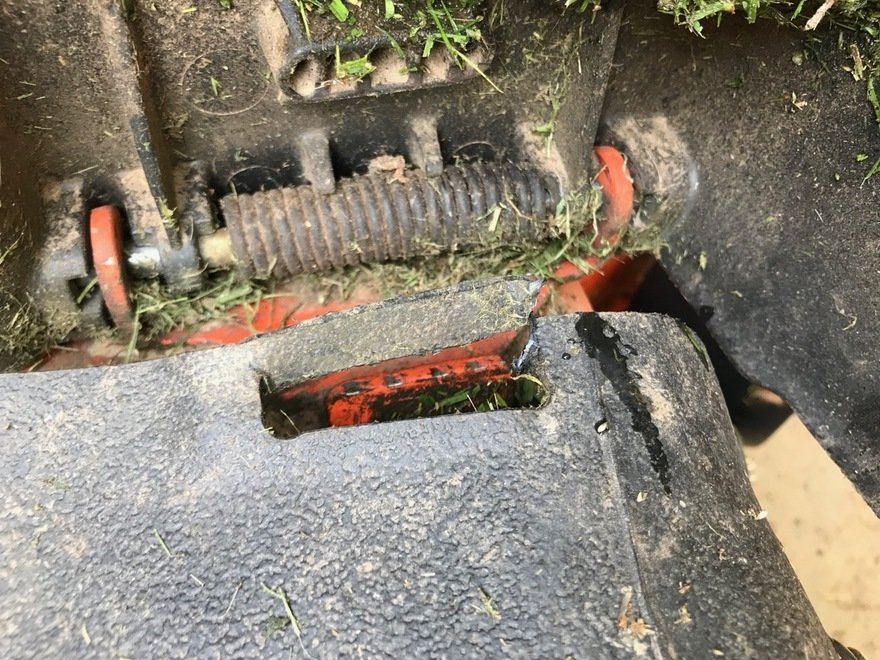 The following day my wife fixed it with a plus-sized zip tie and a piece of brass, and it's lasted to date: 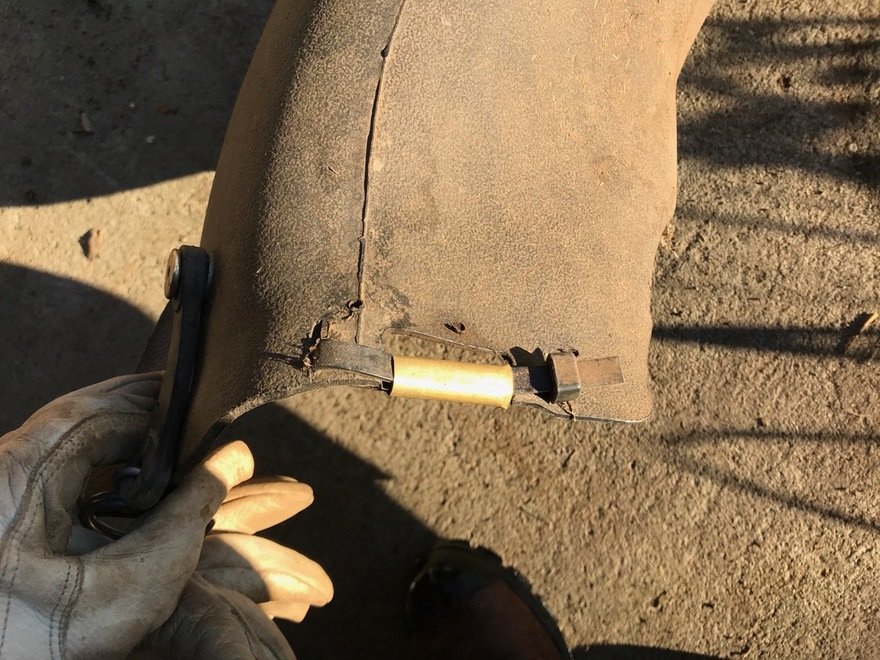 I've learned that living on a farm entails many DIY repairs. A lot of shit breaks, and re-breaks, so you keep fixing and re-fixing. Unlike when I was living in the city, there is no nearby place where you can quickly acquire materials; if I have to drive off-farm to a nearby town for supplies, it's a minimum two-hour commitment. So it's desirable to do repairs with whatever you have on hand.

Then there's the stuff you cannot possibly repair, like this: 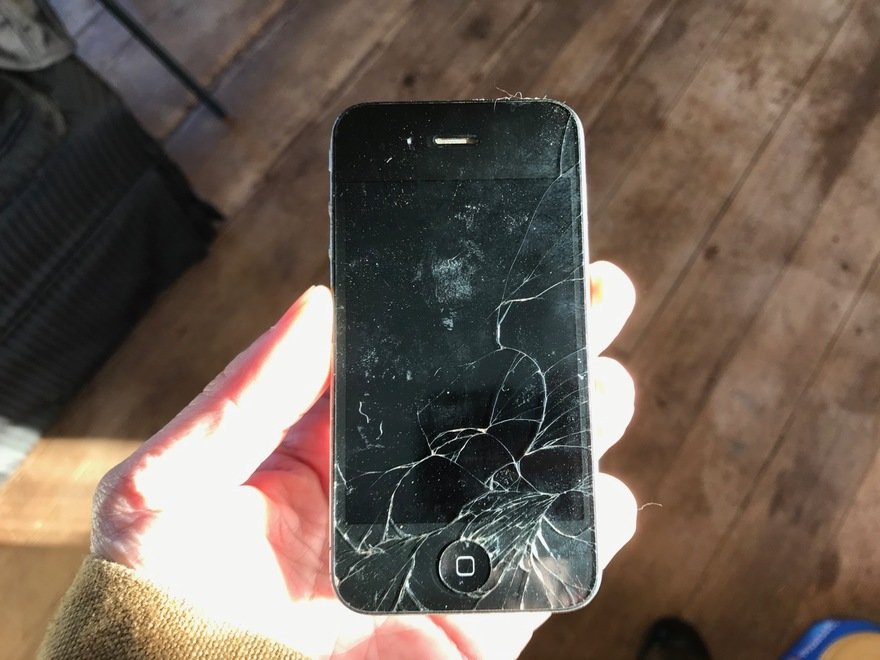 Apple and other manufacturers don't want you to be able to fix a broken smartphone or laptop, nor bring it to an independent repair center. They cite some bullshit about "user experience" and do not release the parts and service manuals that were once common with appliances in this country. If those manuals were out there, you could conceivably fix the things yourself, and little mom-and-pop repair shops would be far easier to start.

"People just want to fix their stuff. We are tired of manufacturers price-gouging for repairs, selling us disposable electronics and pushing us to buy new instead of fixing what we already have," says Nathan Proctor of U.S. PIRG, the federation of state Public Interest Research Groups, an organization that combats malevolent special interests.

"Electronic waste is the fastest-growing waste stream in the world. It's high time we stopped manufacturers from blocking repair, which keeps devices working and off the scrap heap. It's better for consumers and better for the environment, and whether or not manufacturers like it, more and more people agree: We deserve the right to repair our products."

But the companies aren't interested in releasing such documents, and the federal government doesn't give a damn. That's why a handful of states (20, last count) are considering legislation this year to compel these big-dog companies to cough up parts and service information.

Colloquially referred to as "Right-to-Repair" bills, they face a pretty uphill battle, because the manufacturers all have tons of lobbying money. Also, idiots in Congress. New Hampshire's right-to-repair bill was just voted down*, with State Representative John Potucek uttering this incredible sentence:

"In the near future, cellphones are throwaways. Everyone will just get a new one."

*(The details, according to the New Hampshire Business Review: "The New Hampshire House Commerce and Consumer Affairs Committee overwhelming voted to send the controversial measure to interim study. If, as expected, the full House backs the recommendation, it will kill the bill, at least for now." In other words, sending the bill to "study" gets it off of the books for the next session.)

Motherboard took the temperature of a local businessperson, who indicated why that kind of thinking is a problem:

"At our three locations throughout [New Hampshire], we serve tens of thousands of our neighbors and visitors each year," Chad Johansen, president of NH iPhone Repair, said in an email. "Many of our customers are happy with their devices and would rather spend $100 to fix their current device instead of $1000 for a new one with little to no updates or added features. Now the [manufacturers] such as Apple and Samsung are making it harder for residents of NH to repair the devices they own."

This is one area where we can exercise our right to vote. First off, check to see if your state is among the 20 listed below:

The full list of states with active legislation in 2019 includes

The links will bring you to the name of the bill in that particular state. Then you can call or e-mail your local congressperson to see if they support the bill. If they don't, and you're for it, perhaps you can correct the error during the next election.