Also, here's why "The Texas Chainsaw Massacre" is complete BS

Born in New York City, I've lived in four of the five boroughs. In none of them did I ever need to touch a chainsaw. But after relocating last year to farm country, where the main house has a wood-fired stove, it was one of the first new tools I had to learn how to use. 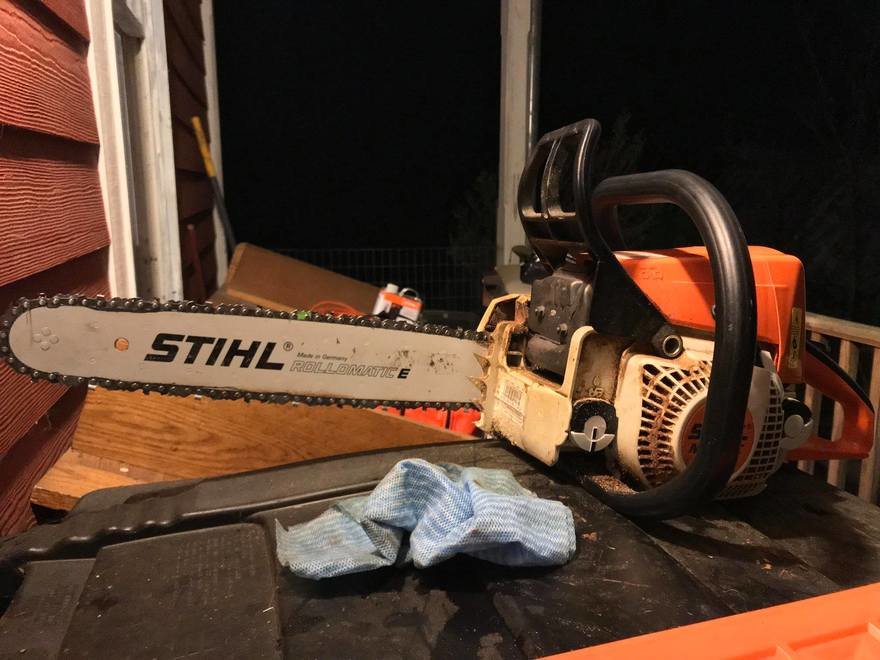 And learning the tool has taught me that "The Texas Chainsaw Massacre" is complete bullshit:

- This Leatherface guy is supposed to be a maniac--but he takes the time to accurately mix the fuel and oil at a 50:1 ratio?

- You're telling me he starts the chainsaw on the first pull every time?

- He carries that stupid wrench/screwdriver thingy around with him, never loses it, and adjusts the chain tension correctly so he never throws a chain?

- He checks to make sure the bar oil reservoir is filled every time and never burns the bar?

- He never spills oil all over the handle and doesn't have to wipe it off so he doesn't lose his grip?

I bet 50% of the real Leatherface's victims escaped because he flooded the carburetor. Another 40% died of boredom because he needed to gap the spark plug, couldn't find his feeler gauges and spent several hours looking for them in various sheds.

Anyways I'm bringing this up because, while the movie is complete nonsense, the chainsaw's ancestor actually was designed to cut…into the human body, rather than wood.

Specifically, human bone. This is an osteotome, a bone-cutting instrument that was invented centuries ago and is still used today: 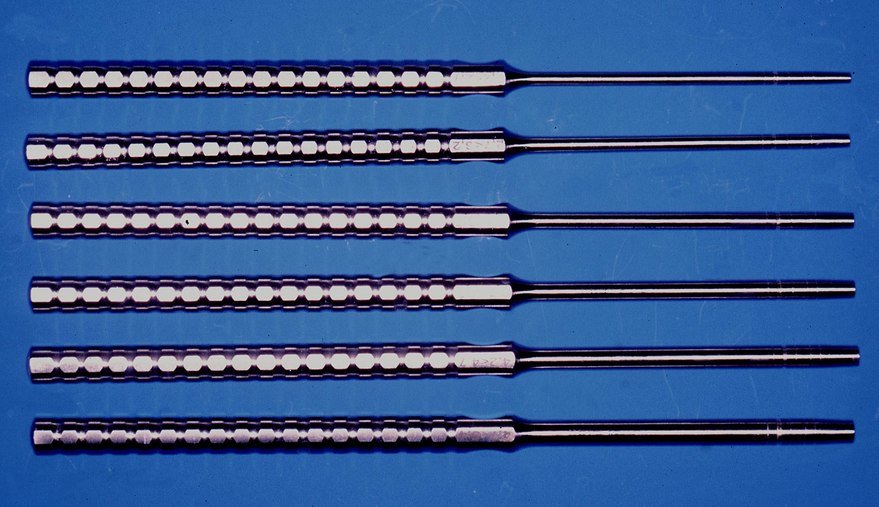 Way back in the 1820s, a German physician and bone specialist named Bernhard Heine looked at the standard osteotome, and had a crazy idea: What if the cutting teeth were on a chain that rotated? It took him several years to finalize his design, but by 1830 he had developed the chain osteotome: 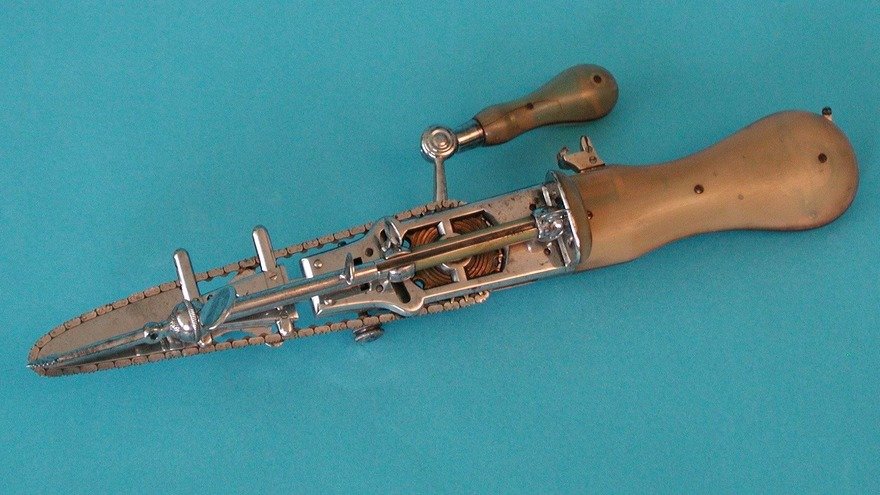 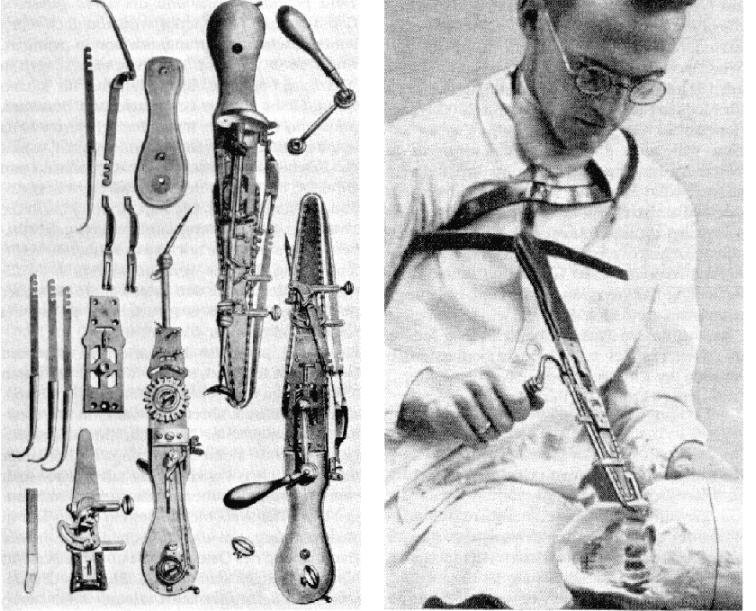 By the 1850s the Heine Osteotome was being produced by a French company called Charriere, and it came in this snazzy case. 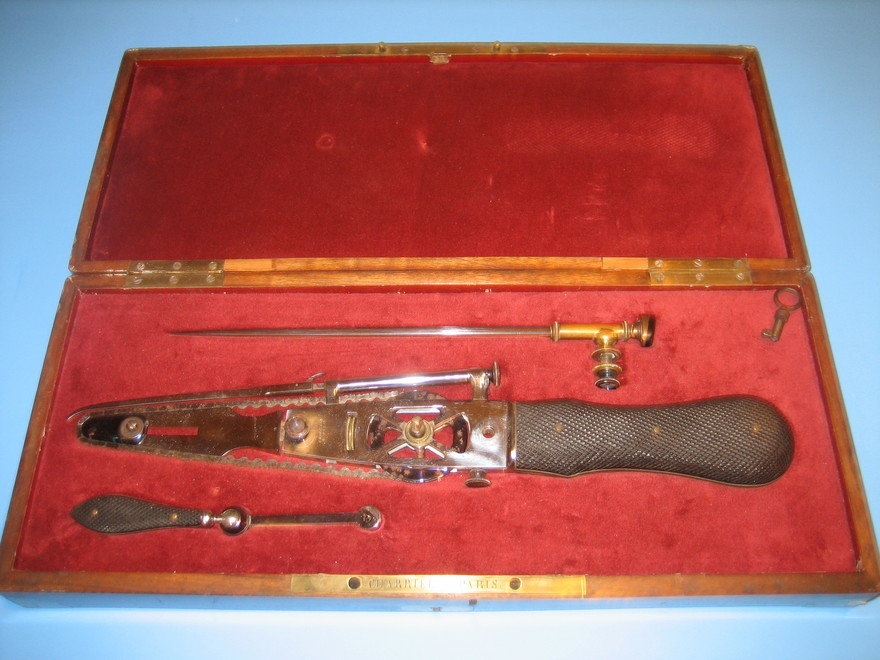 It's pretty impressive that they were able to make something this intricate way back then. 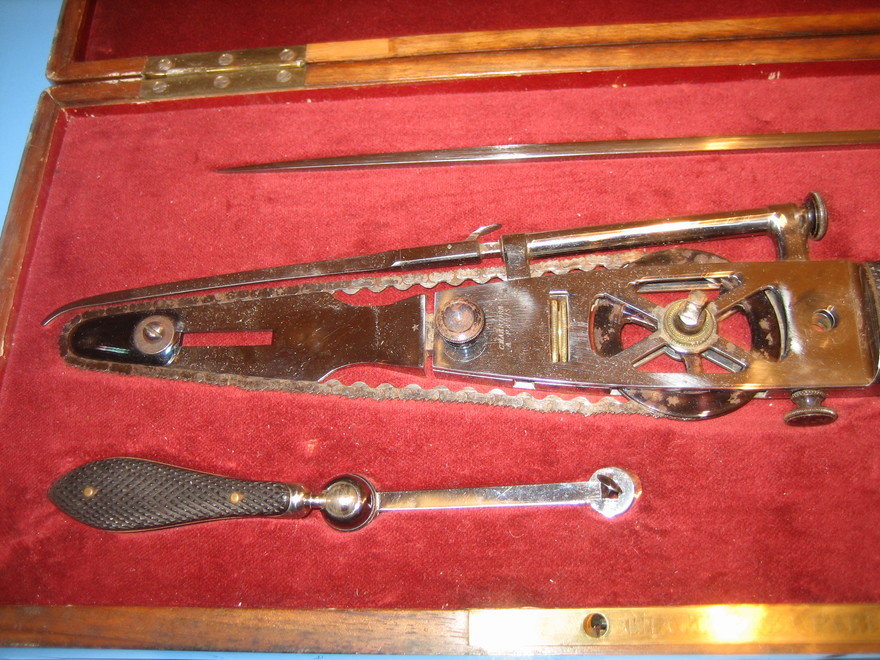 I'm particularly impressed by the knurling on the handle. To achieve a wraparound texture on an organic 3D shape must have been quite the challenge. 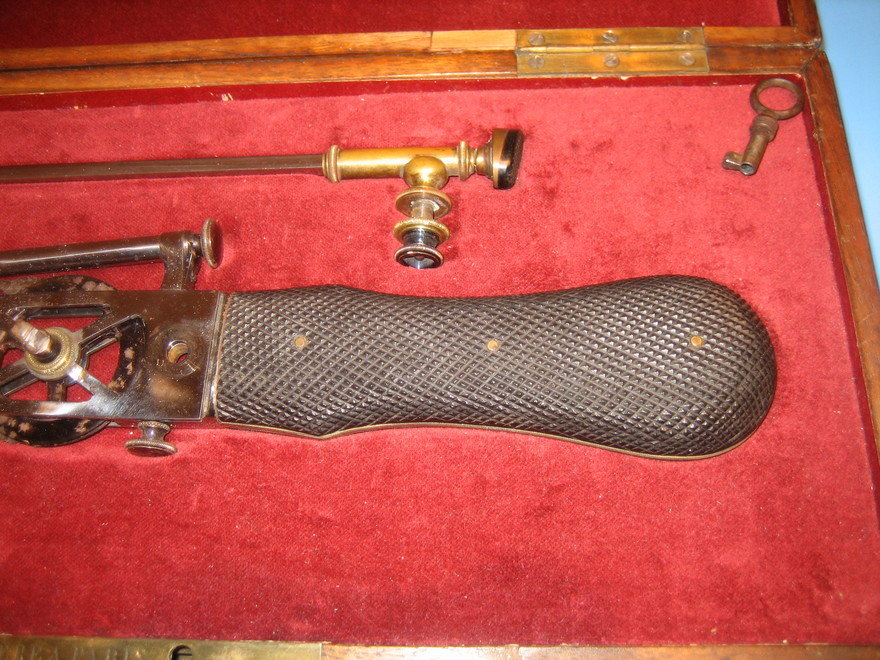 Lastly I'll say: I wouldn't recommend buying the Stihl MS211 C-BE you see in the topmost photo. The "EasyStart" feature is nice, but the thing leaks oil like a sieve, I had to replace the carburetor when it was only two months old, and it's just gone out again. So much for Stihl quality!