If I had to oversimplify the world's current industrial state in order to explain it to a small child, I'd say "Metal is expensive everywhere because China ate most of it."

I'd also explain that we can't just grow metal, but that we can grow trees. So that if it were possible to replace some things we make out of metal with things made out of wood, that would be desirable.

And sustainable. Particularly for a country like Japan, which is low on natural resources but lousy with trees. That's why Kyoto University, backed by the Ministry of the Environment, is heading up a consortium of 22 research institutes, companies and universities to figure out how to leverage wood. And one of the answers they've come up with is cellulose nanofiber (CNF) derived from wood pulp.

(CNF is the same stuff that the University of Maine, which recently 3D printed that 25-foot boat, is developing as a production material.)

The Japanese group is looking at cars, rather than boats; makes sense as they produce a lot more of the former than the latter. Their CNF recipe of herbs and spices has yielded a material that they claim is 1/5th the weight of steel, but more than five times stronger. "[It] can be used as an alternative to resin, metal, and glass materials," they write. "In concept cars, CNF [can be] used for parts such as door trims, bonnets, and roof panels, reducing the weight of parts by up to 50% and reducing the weight of the entire vehicle by more than 10%." Less weight means less CO2 emissions.

As proof-of-concept, the consortium is showing off this concept car, which they've dubbed the NCV (Nano Cellulose Vehicle--note that the order of "CNF" gets flipped around in translation): 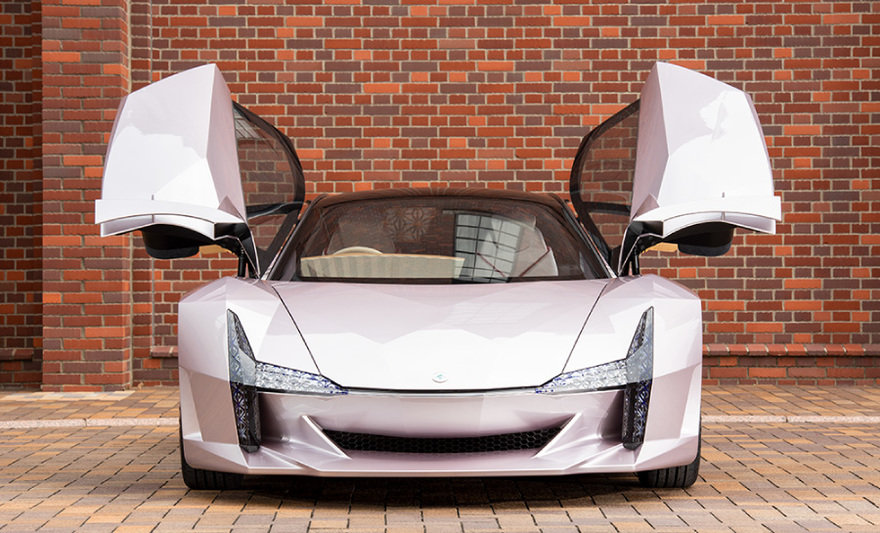 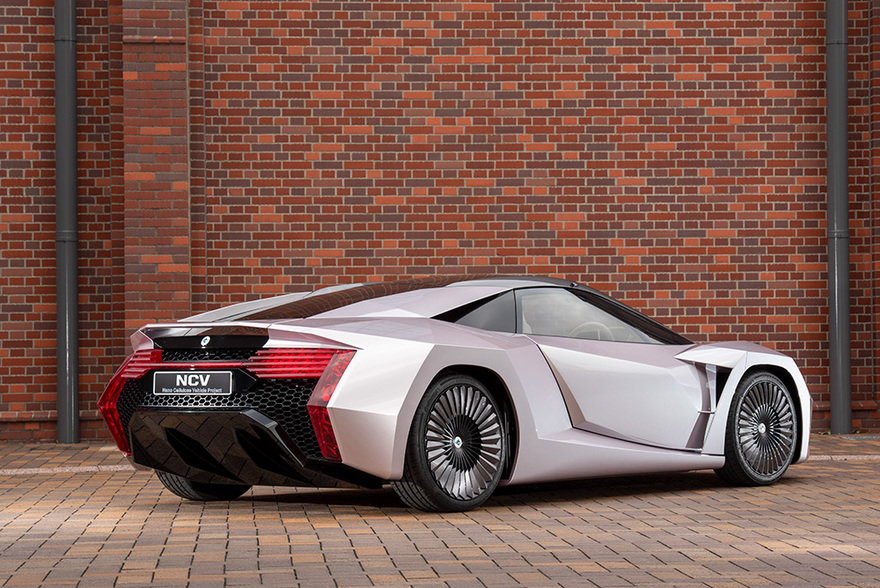 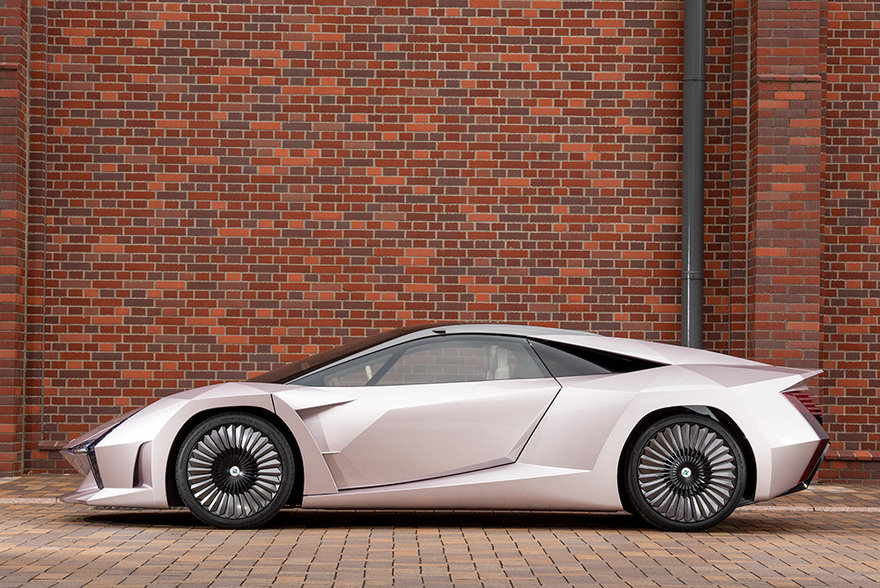 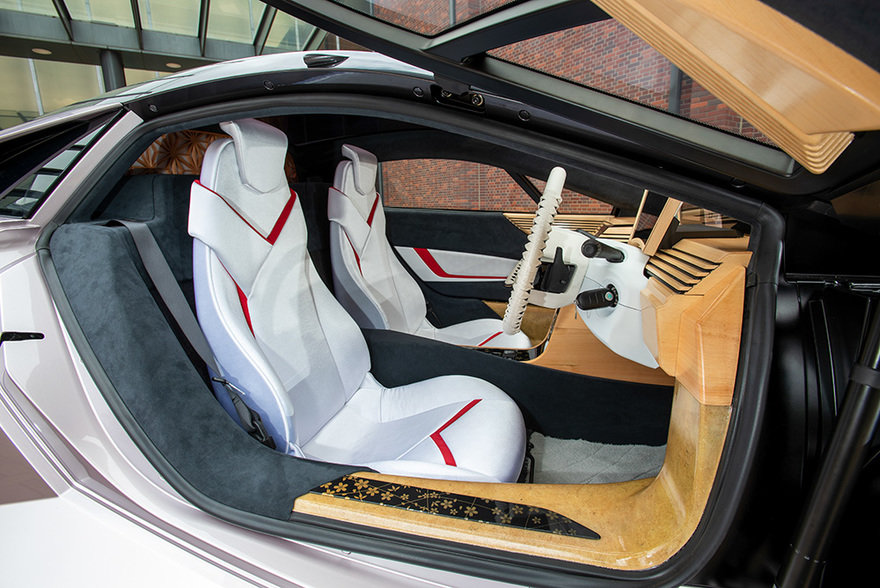 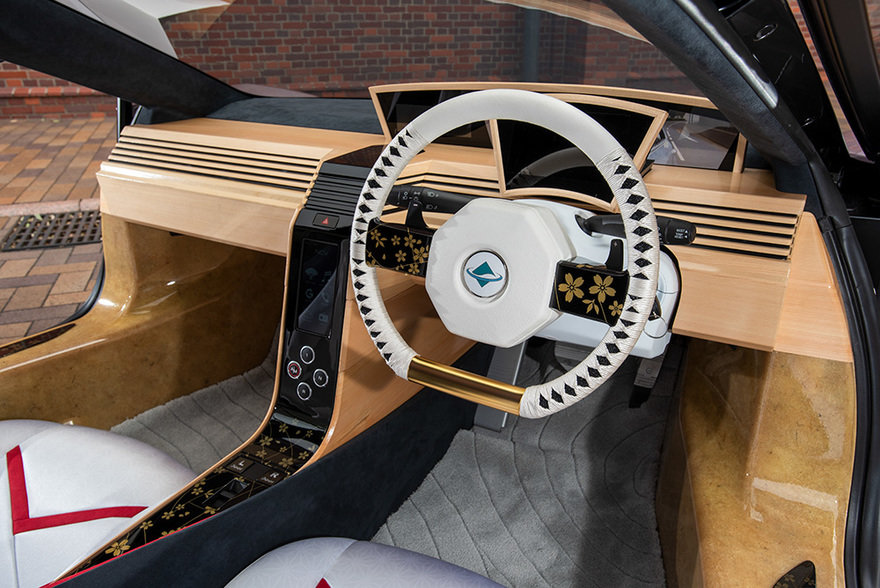 Knocking 10% off of the weight of a vehicle is no small beer, and the bigger picture is that they'd be doing it with a carbon-neutral, locally-available material that could be produced from forestry and agricultural waste. In addition, it's "expected to develop the local economy by producing and utilizing CNF from local unused biomass resources. In addition, it has the potential as an alternative material for plastics and is expected to solve marine pollution problems."

If you'd like to learn more about the material or the project, they've released a video on the NCV initiative, which we'll embed below. (Warning: The editing is a bit slow.)